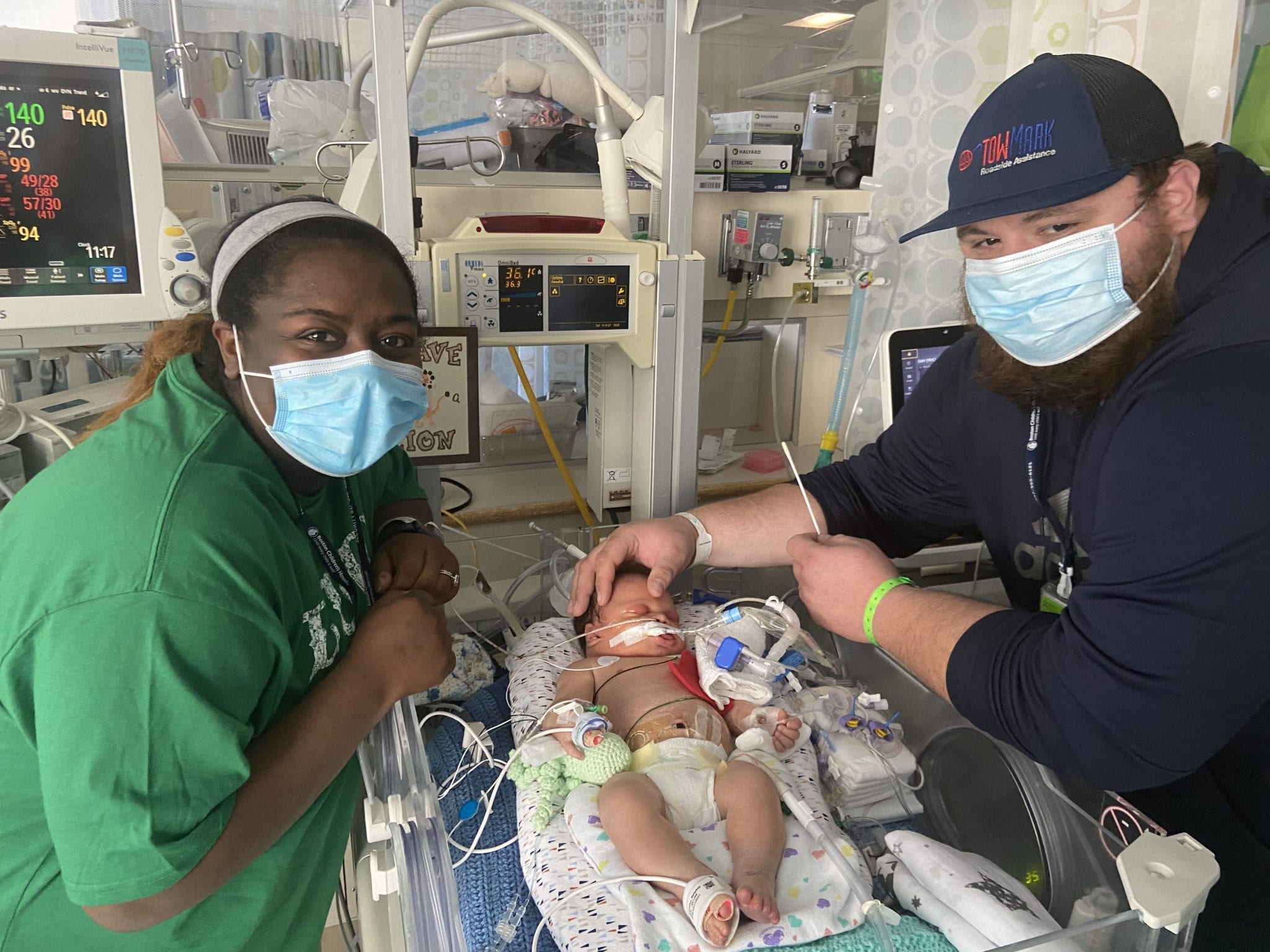 *Photos courtesy of the Lewallen family*

North Carolina residents Shae and Ken Lewallen and their two young sons have found a home-away-from home in Hingham while their newborn, Kobe, is undergoing treatment at Boston Children's Hospital.

It all started when resident Karen Deane read on a Hingham Facebook page that Shae and Ken had arrived in Boston to seek medical care for their as-yet unborn child and found themselves without the temporary housing they had previously arranged, couldn't afford a hotel, and were sitting in a parking lot with no place to go.

"Because my family and I were away for a month, I offered them my house," Deane said. "Within 45 minutes they were on my doorstep, and within a short timeframe our community rallied around this family, who were complete strangers to them. Our town came together in a matter of hours -- it is [and continues to be] a collective effort." 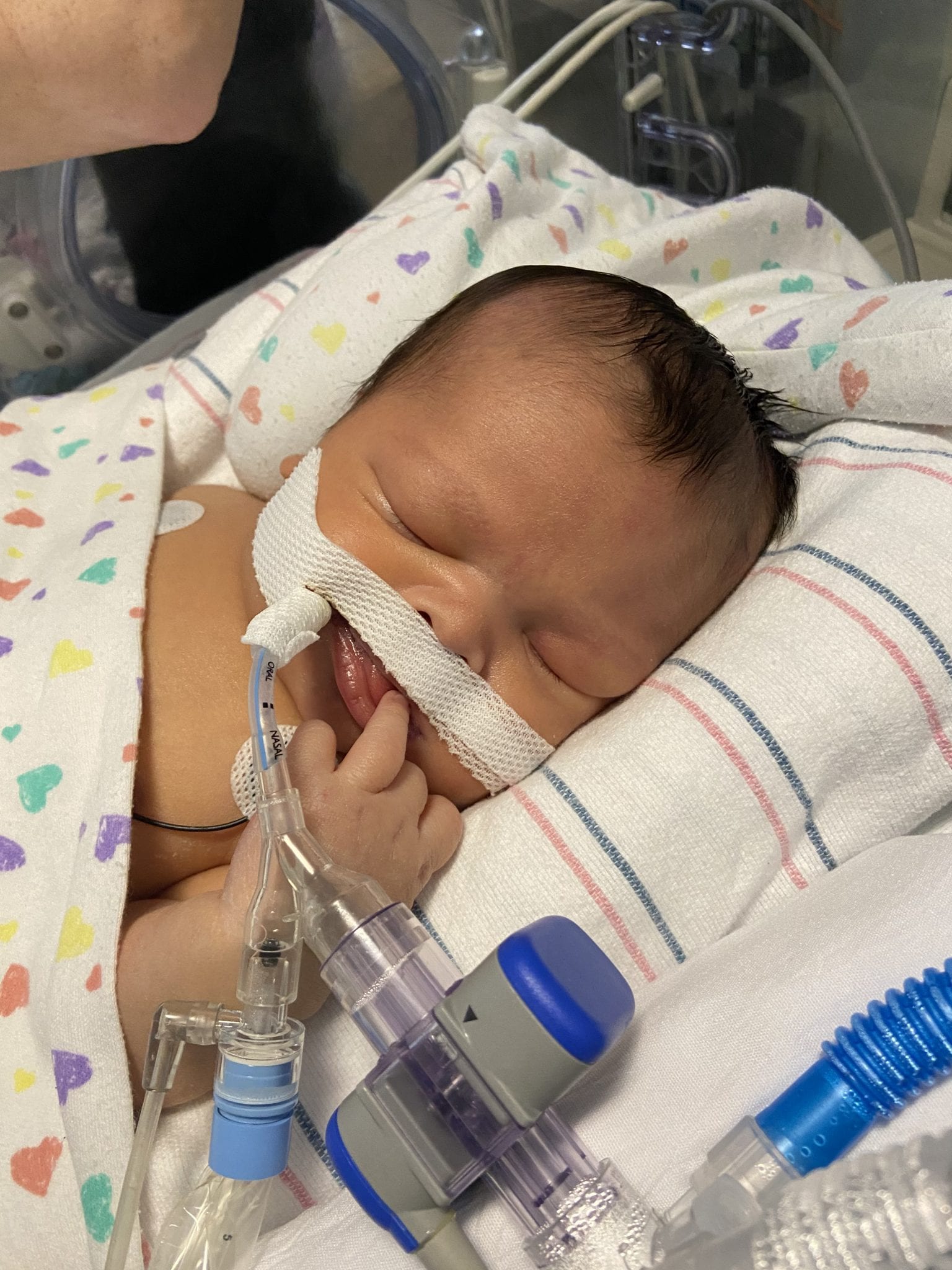 This outpouring of generosity, love, support, and caring came as the result of Deane's posting about the family's dilemma on the Hingham Gives Back and other local Facebook pages.

Soon thereafter, her garage was filled with food, children's clothing (the suitcases containing their older sons' belongings had gotten left behind in the rush), shoes, diapers, toys, gift cards, and other donations -- everything imaginable that a family could need. Some members of the Hingham community offered to babysit (once the couple's two children -- Kenneth Oliver, 3, and Maverick Jaxon, 18 months old, arrived with their godmother shortly after their parents arrived in Hingham), rides to the hospital, and other assistance. Thousands of dollars have been raised through GoFundMe set up by friends, and donations are still being gratefully accepted.

Once the Lewallens return to North Carolina, they will need to find another place to live because where they are now is not suitable for a medically-fragile baby. 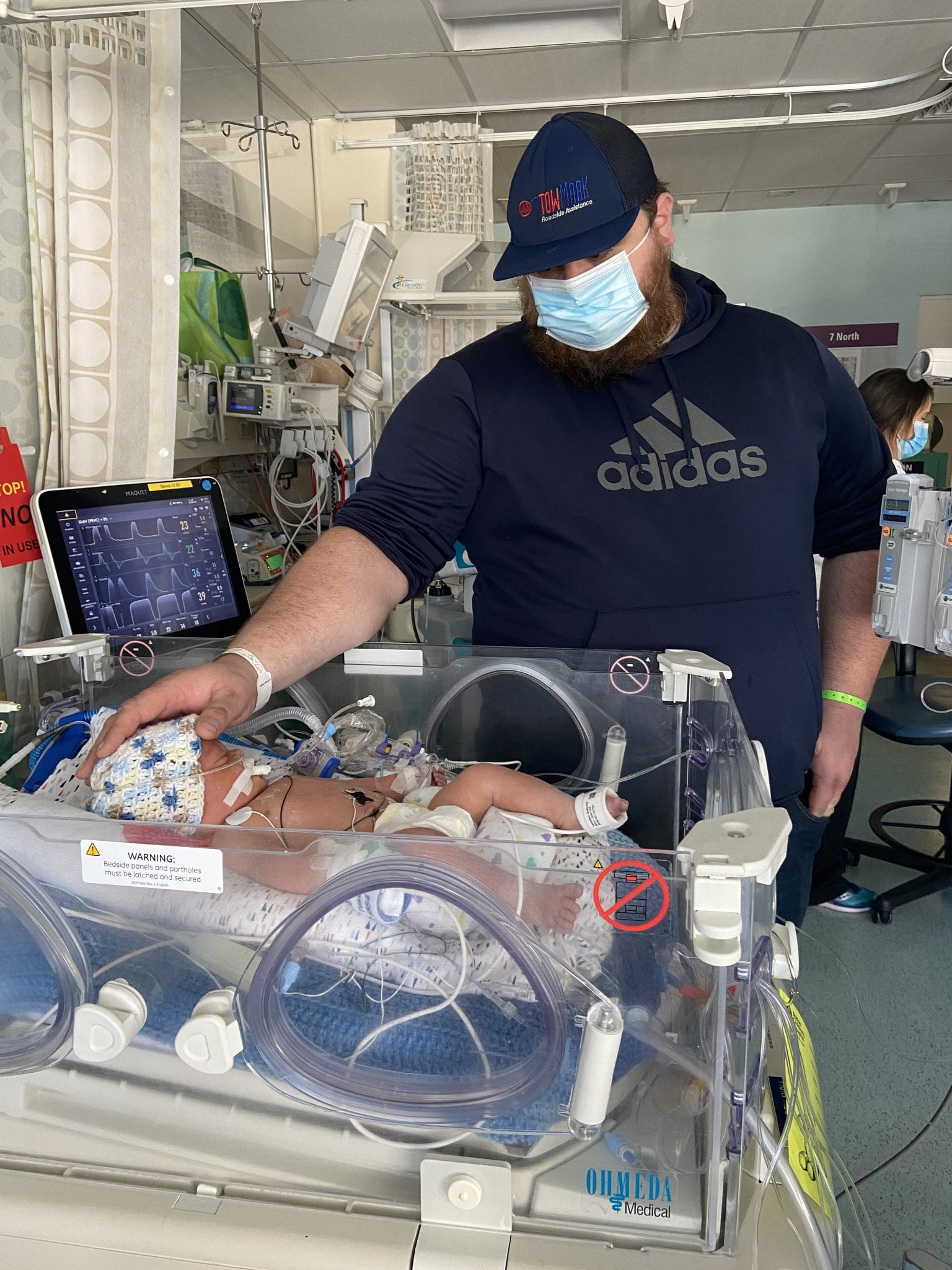 Grateful for the support

Shae and Ken are beyond grateful for all the help and support. "We are absolutely amazed at the generosity of the Hingham community and how they came together for us during this challenging time," Shae said. "All we have to be concerned about is Kobe and getting him the proper care, because everything else has been taken care of."

The couple expressed appreciation for everyone who has helped their family along the way, and especially Deane, "who stepped in and not only provided us with a place to live and the use of her car if needed but made it possible for our family to remain together during this medical crisis. This greatly alleviated our stress. Every day that Kobe lives and improves is a miracle," Shae said.

Ken is grateful to his wife for her seemingly endless research "to give ourselves hope and to give our son a chance. The generosity of the Hingham community has helped us give our son every opportunity to live," he said.

Deane also set up a "meal train" for the family to provide them with dinners every night during their stay, which is expected to last for another month or more. Residents and local businesses stepped forward to help with this effort.

Community members have also prayed and stopped by just to visit and keep the family company.

As an NICU (neonatal) nurse, Deane is aware of the challenges families face when navigating these kinds of situations. "It's very scary. At the end of the day, the last thing they should be worrying about is where they are going to sleep and how they are going to eat," she said. "Their focus should be 100 percent on [their baby]."

Shae attributed the fact that Kobe is alive today "to being able to get proper accommodations in Hingham and the necessary appointments in Boston. Coming early was the key," she told the Hingham Anchor. "Without the help of the entire Hingham community, we're not sure we would have been able to stay in the area to get the care that Kobe needs." 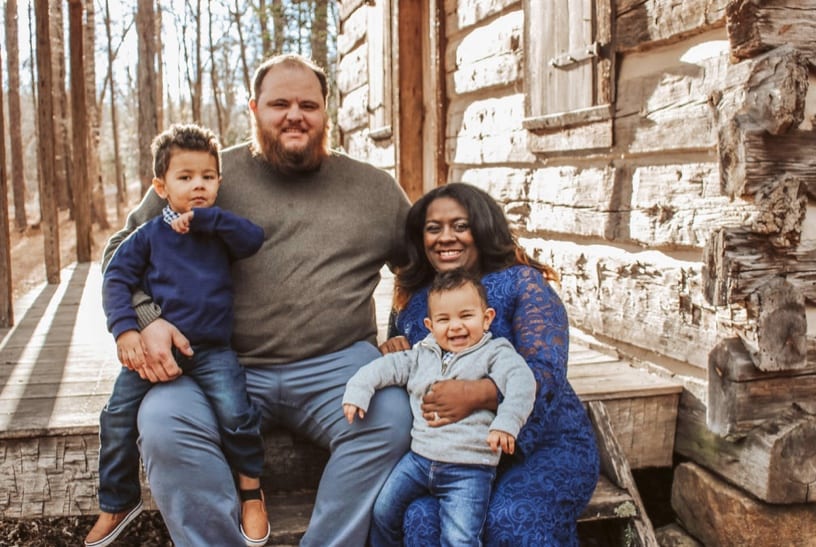 How it all began

This part of their family's journey -- one involving courage, hope, love, and generosity -- began Feb. 9 when at 32 months pregnant, Shae and Ken were told that their unborn son, Kobe Thorsen, was afflicted with Vein of Galen Malformation. This involves a vein at the base of the brain dilating, causing too much blood to rush to the heart.

Because this can lead to rapid heart failure, the Lewallens were told that Kobe's chance of survival once he was born was very low.

"After a healthy pregnancy up to that point, we weren't expecting this kind of news," Shae said.

Despite the disheartening prognosis, she began researching the disease. While most of the reports were not encouraging, a couple of Boston Children's Hospital articles she came across were fairly positive -- outlining treatment options.

After reading an article from a friend about two adults who had survived VOGM and were now living normal lives and coming across other positive information, the Lewallens felt a sense of hope.

They joined a VOGM parent support network that they discovered online and started reading more hope-giving stories about children who were being treated for this disease with a fair amount of success.

After posting a short version of their own story on the VOGM Facebook page, Shae received a private message from a member of the group who recommended that Shae and Ken reach out to a doctor at Boston Children's Hospital -- much-respected Dr. Darren Orbach, a neurointerventional radiologist surgeon qualified to perform VOGM surgery. 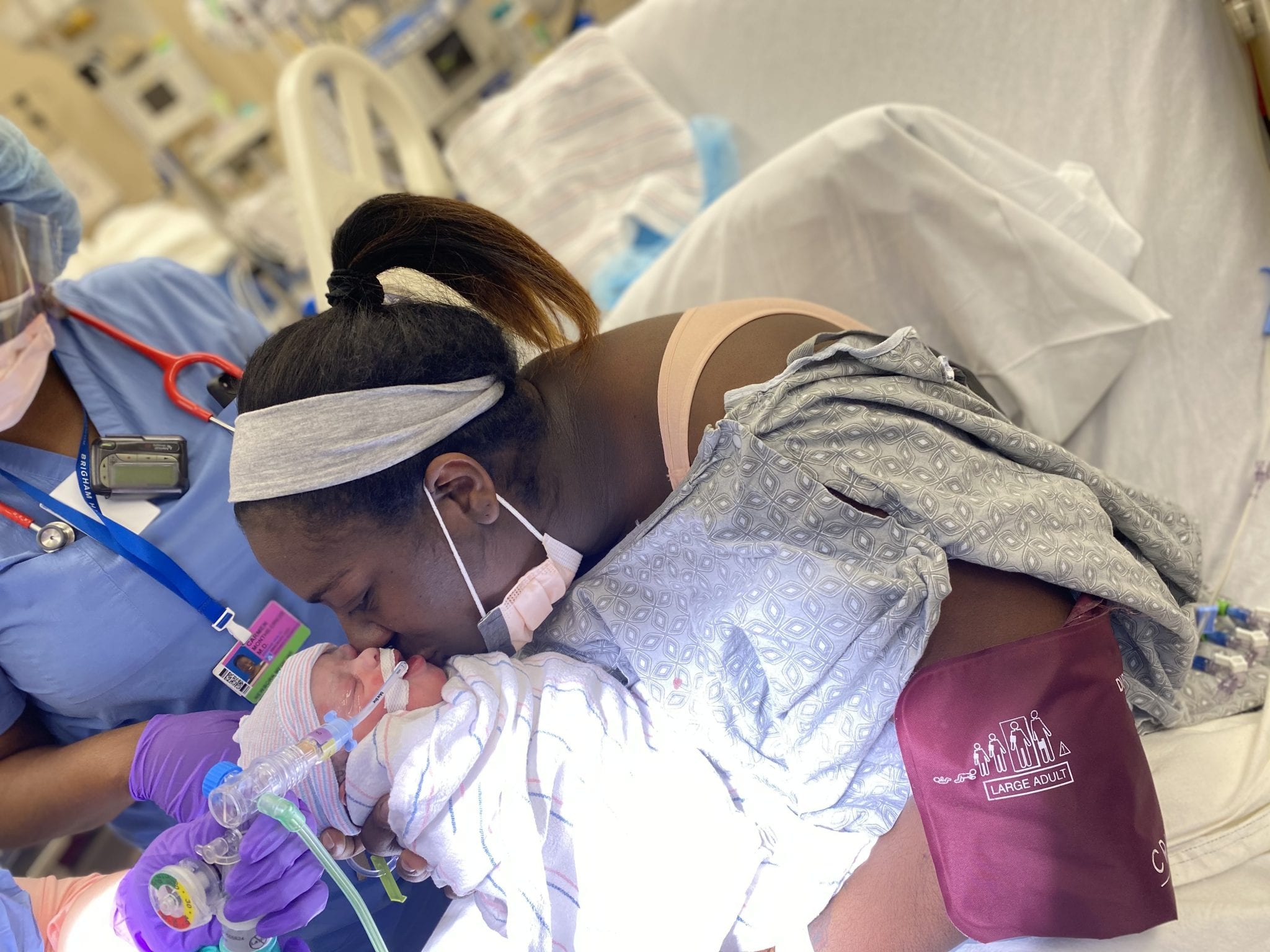 Plans to go to Boston

That same woman helped the Lewallens connect with the doctor, and on Feb. 23 they had a virtual appointment with Orbach that paved the way for the couple to travel to Boston to get treatment for Kobe once he was born.

"Dr. Orbach told us that there would be a 90 percent chance of Kobe experiencing congestive heart failure right after he was born, and that was important to know because it was obvious that it would be much safer, as the doctor recommended, for Kobe to be born at Brigham & Women's Hospital and then immediately transferred to Boston Children's Hospital rather than for him to be born in North Carolina and then transferred there," Shae explained.

As a result, the couple drove to Boston Feb. 26 after Ken took an unpaid leave of absence from work and his employer generously paid for them to fix their car in preparation for the long trip.

Kobe was born on St. Patrick's Day to the joy of his entire family and immediately underwent surgery. He will need additional heart and brain surgery. His parents remain optimistic.

"After 30 hours of labor, all I wanted to do was to kiss Kobe," Shae said with a smile. "I told the doctor I knew he was sick but they let me kiss him really quickly and hold him for about 30 seconds, and Ken got to touch his fingers before they whisked him away to be intubated. It was hard to not hold him and to not have his brothers with us. No one but Ken and I have been able to see Kobe, but the boys have seen photos and videos of him!"

To help celebrate his birth, Deane's mother, Jeanne Last -- who calls herself the children's "adopted grandmother," gave the older boys St. Patrick's Day T-shirts to wear and a "God Bless the Child" medallion for Kobe. 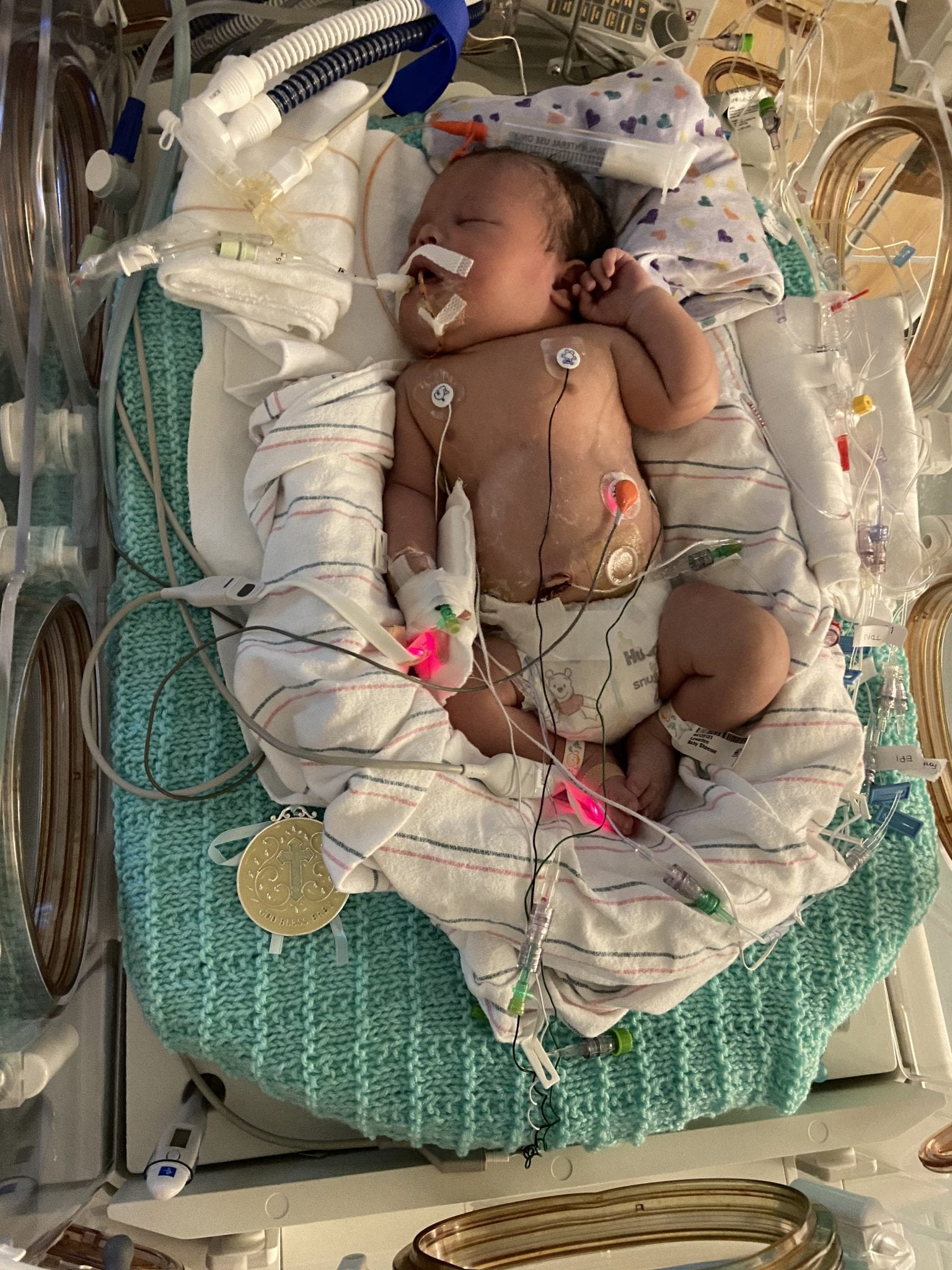 At Last's suggestion, a gift from the baby to his brothers has been set aside until Kobe is home.

Looking back, Shae recalls that after doing research about VOGM, she kept telling her husband, "We need to go to Boston or somewhere other than North Carolina," and her words resonated with him.

"Ken told me, 'Do your research and wherever you want to go, I will move heaven and earth to get you there,' and that's what happened," Shae said. 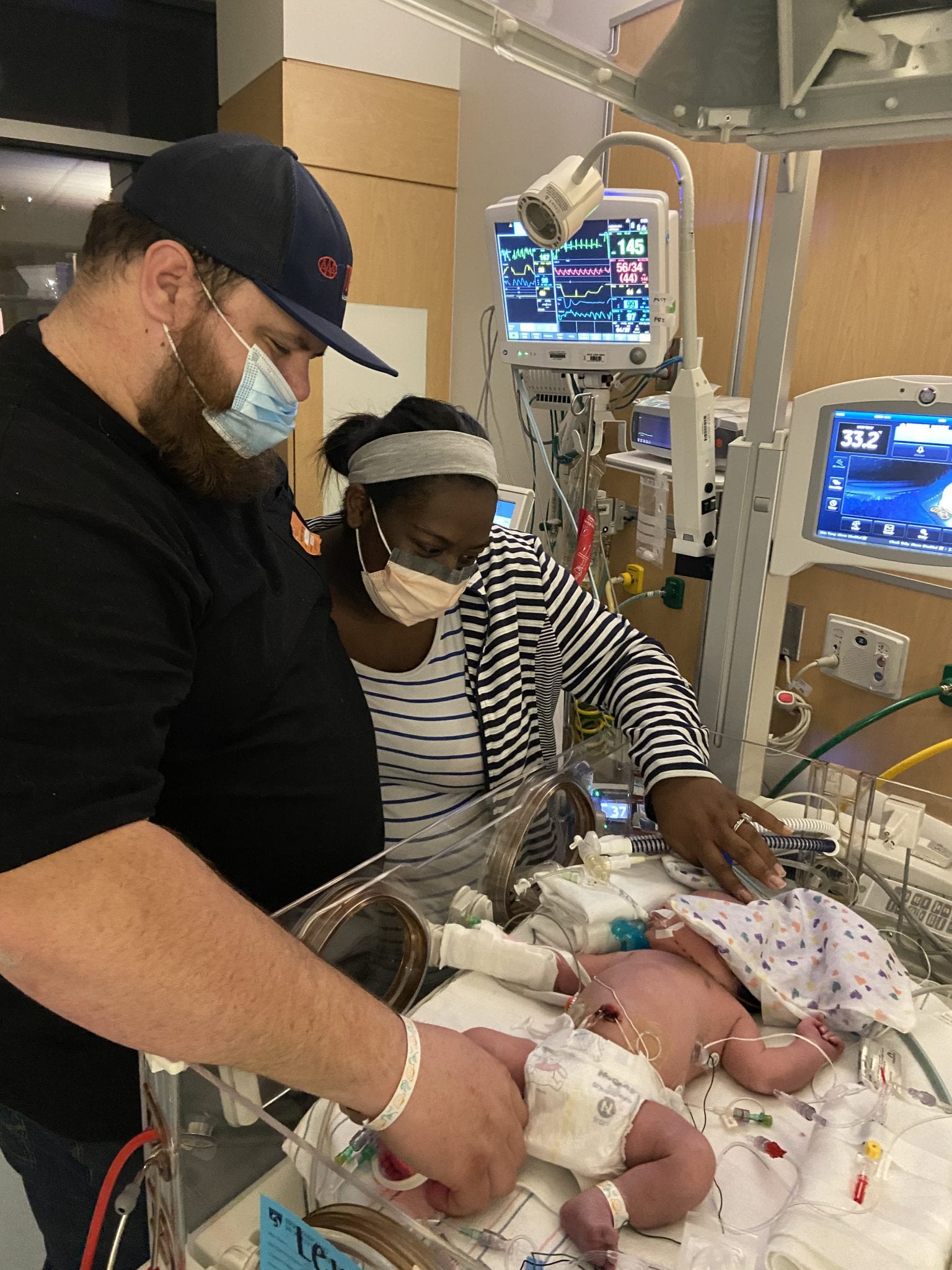 Looking toward the future, Shae said, "All we want is for Kobe to get better and come home and for our family to be together in one house," Shae said. "He will need further brain surgeries as he gets older, but for now we're looking forward to all three brothers being together."

Ken again expressed appreciation for the efforts of so many to help their family. "Every day Kobe is alive is because of my wife's efforts and because of Dr. Orbach, who is a genius at what he does. He is personable, checks in on our son three times a day, and explains everything to us as well," he said. "He goes above and beyond to save lives, and Kobe wouldn't be alive without him."

Shae couldn't agree more. "When we thanked him for the chance to meet him and for all that he has done, Dr. Orbach told us the pleasure was all his."

Ken and Shae agree that the support and love shown to them by the Hingham community is "out of this world. I can't express my gratitude enough. We are so fortunate. We are usually the ones who help others, so this has been a humbling experience to see an entire community pull together to help our family," Ken said. "Without the support of Karen and other members of the community, Dr. Orbach and his team, the VOGM parent network, and my wife, things could have turned out completely different. We are so grateful."

The Lewallen family continues to stay together at the Deane residence during the week and in a Jamaica Plain condo near the hospital, arranged by another Hingham resident, during the weekends.

Visit the KobeStrong Facebook page for updates about Kobe's progress. 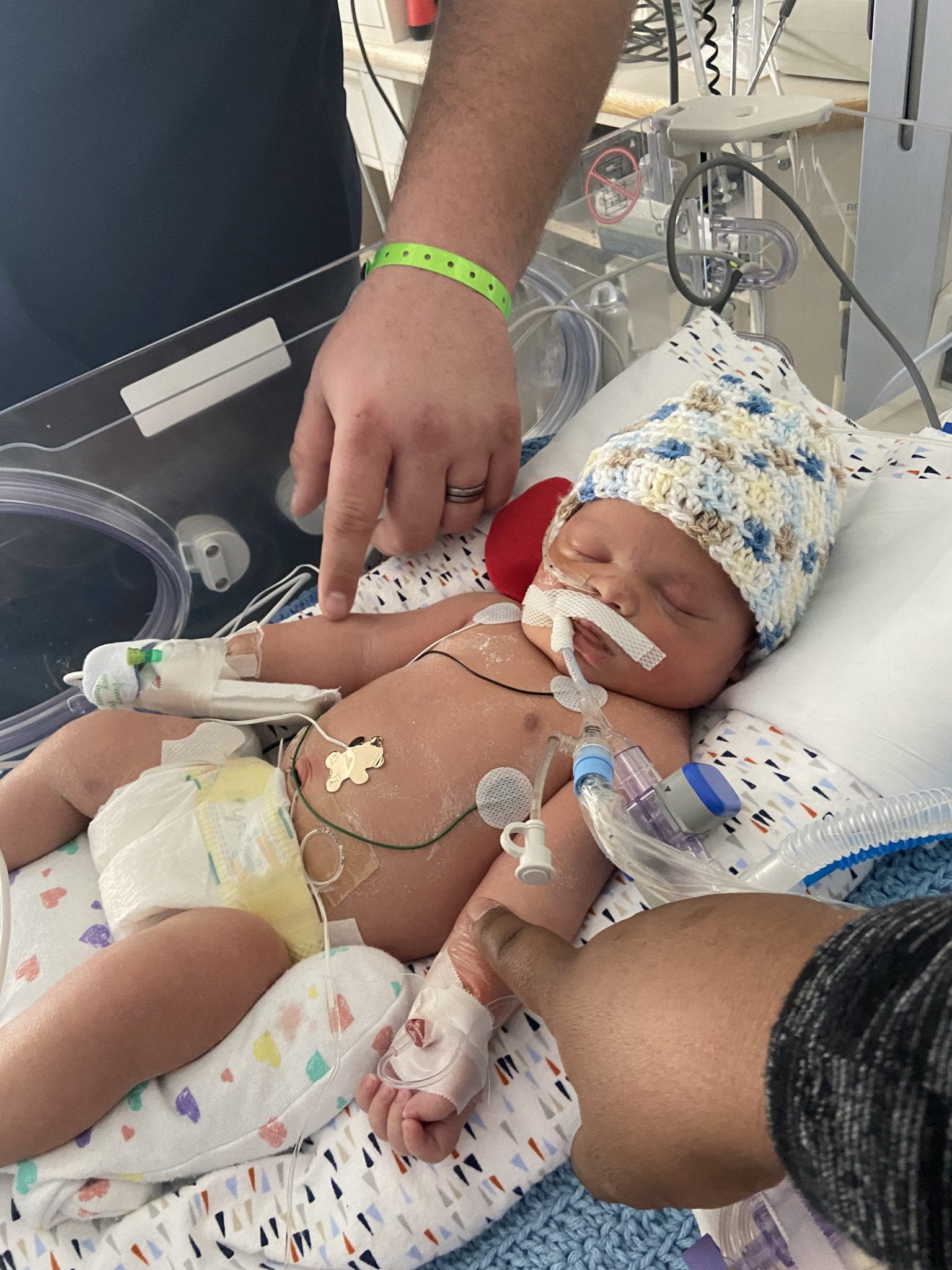