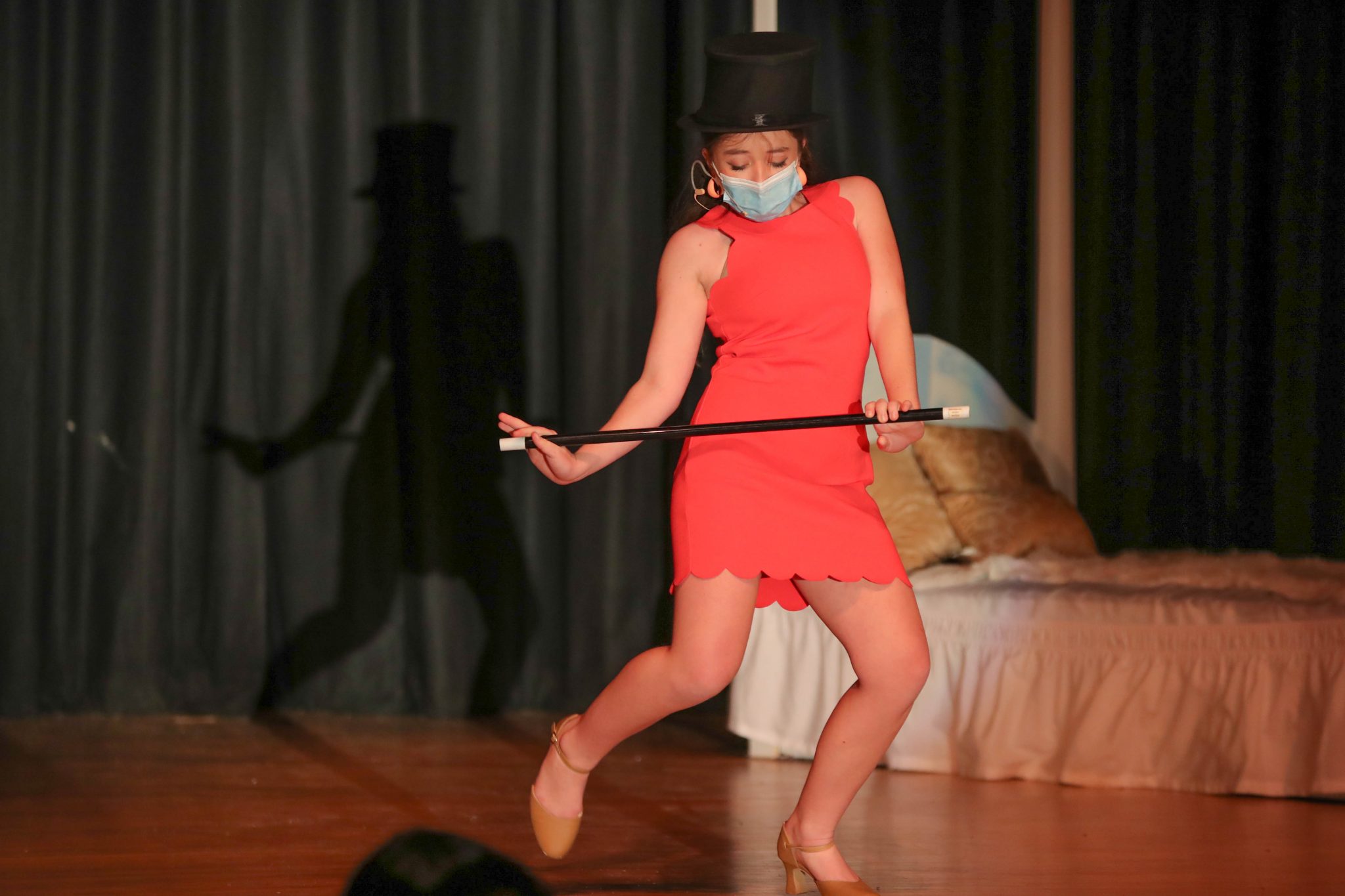 The show must go on! And on it will go... finally! Much to the delight of local theatergoers, the Hingham High Drama Club will stage its first live musical in two years when its talented troupe of actors performs Neil Simon’s timeless musical, Sweet Charity, this weekend. “We are so happy to be back on stage after a virtual year of theater,” says Kate Schembri, co-president of the Drama Club.

Schembri will take on the lead role of Charity Hope Valentine, a dance hall hostess who navigates the ups and downs of dating in New York City during the 1960s. She will be joined by a gifted cast of actors, including Tim Bevens (Oscar), who plays Charity’s love interest, and Leah May (Nickie) and Lily Andrey (Helene), who play Charity’s closest friends and confidantes.

Unsurprisingly, last year presented a host of challenges. The Drama Club was forced to replace the traditional fall musical with a virtual play. Last winter, when the Massachusetts Educational Theater Guild cancelled its statewide competition, the Club participated in an online faux festival with just a handful of local schools. A sense of hope returned last spring when actors were finally able to perform Squirrel Girl Goes to College in front of a live audience. However, COVID-19 restrictions did cloud the cast’s experience.

“We wore masks and there was a very limited-capacity audience. It just wasn’t the same,” says Schembri. Still, she insists that the obstacles that they have encountered over the past 18 months have only made the group stronger. “All of our virtual events kept us united as a group, which allowed us to be ready to come back and perform live.”

May, who serves as Drama Club co-president alongside Schembri, is thrilled to return to the stage, especially since the actors will be performing with a live band and a new sound system. As a four-year veteran of the Drama Club, May takes pride in the group’s inclusive culture. “I absolutely love how everybody has a part to play,” she says. “There is more room for everybody to have their moments in the spotlight.”

As the cast goes through its final dress rehearsals, Schembri looks forward to opening night on Thursday. “I’m just really hoping we will have more seats filled and more people will be excited for live theater to be back,” she says. “It is so rewarding to get to perform in front of a live audience.”

Sweet Charity runs from Thursday through Saturday, November 18 - 20. Showtimes are Thursday at 7:30pm, Friday at 8:00pm, and Saturday at 8:00pm. Tickets are available at the door and online at: Hingham High School Presents: Sweet Charity - Events (onthestage.tickets). Student and senior tickets are $10. General admission is $15.