Once you know what it is. It’s hard not to see it everywhere. “It was literally waking me up at night,” says Ann Marie Schembri. “I’d see it in my dreams like whack a mole, popping up from the ground. My hand kept trying to grab it.” Garlic mustard, also known as poor man’s mustard, is an aggressively invasive weed. Schembri spotted a blanket of it leading into the woods behind her house. “Once I found out how invasive it was, I panicked because we had just put sod down and I didn’t want it to spread to the lawn.” Schembri says it took 8 hours over two days to pull it up. She has 15 contractor-sized trash bags full of it, ready for the dump. “I never want to see it again.”

That’s not likely says Chris Kennedy of Kennedy’s Country Gardens in Scituate. “It’s able to spread so quickly because it flowers early in late spring, early summer. There are lots of little seeds in those flower pods. Bees, the wind, whatever, transport the seeds and they proliferate like crazy.” 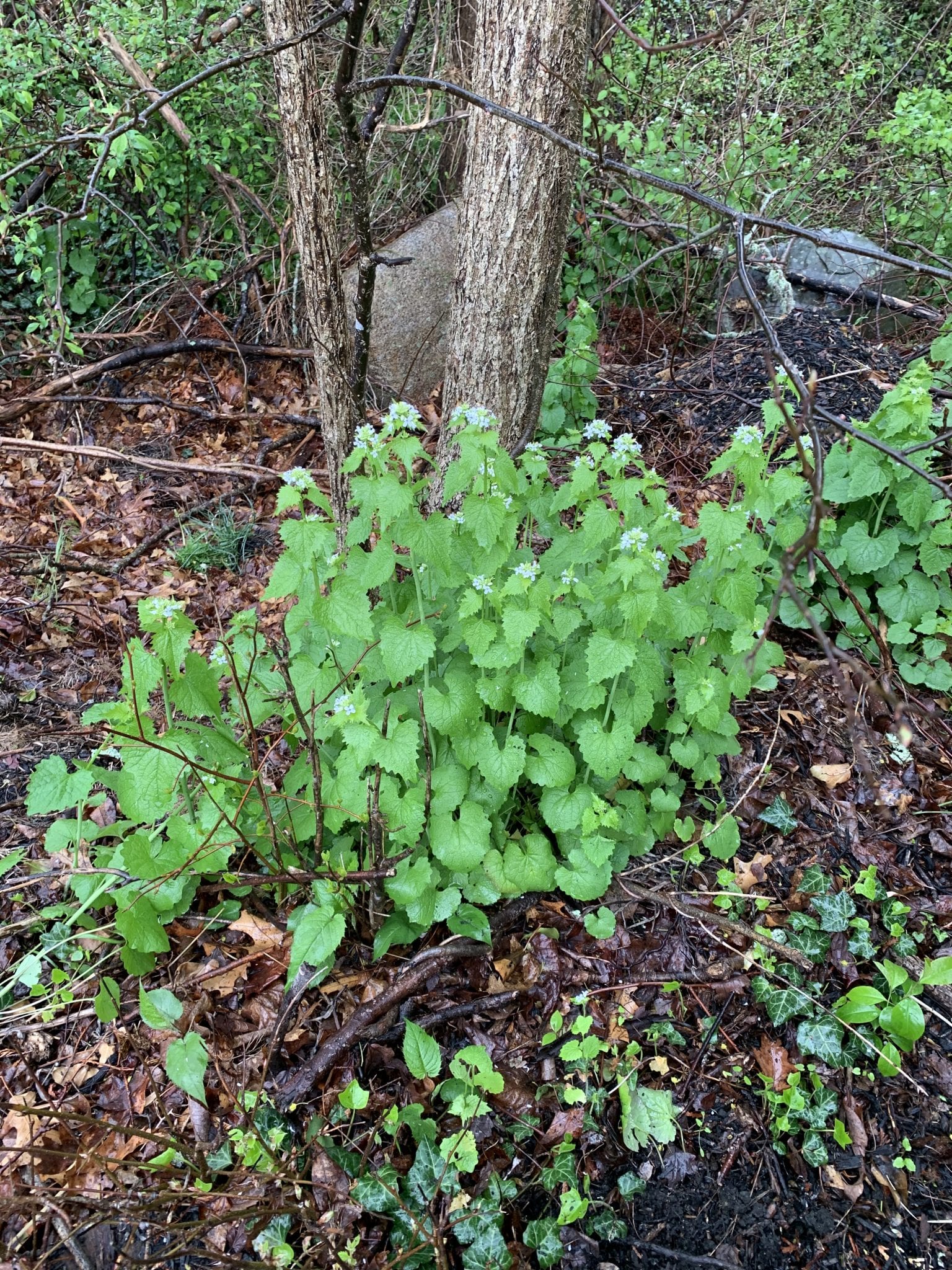 Kennedy says, once you see the flowers, they’re about to set seed. “It’s so aggressive that it starts to choke out native habitat,” he says. “Plants need sunlight and water, but if a garlic mustard plant grows taller than say a native Jack in the Pulpit that you see in New England woods, it will die off. Anything that doesn’t grow as tall as it gets pushed out.”

Kennedy calls it community service to pull the weed wherever you see it. “You want to grab the plant as low as possible and try to grab multiple stems,” he says. “Sometimes one stem will break off before you get the root, so pulling more at a time makes the pull stronger. And you really want the root or it will just come back.”

So what should you do with the armfulls you yank from the ground? “We recommend you don’t throw it back into the woods or your compost pile where it can reseed. And you definitely don’t want to take it to the transfer station for compost. You want to put it into trash bags and throw it away.”

But there’s another option. You could cook it. Chef Courtney Basel on the Clandestine Kitchen Culinary Team whipped up some Garlic Mustard Pesto Pasta for us. “Garlic mustard greens are very simple to use in recipes at home,” she says. “It has a little bitterness and a little spice so the key is to incorporate other fresh ingredients that pair will like basil, parsley, arugula and citrus” Basel says embrace a farm-to-table mentality. “We waste so much food in the U.S., it’s a shame not to use something that is growing right in your backyard.”

The Anchor team got to try Clandestine Kitchen's Garlic Mustard pesto and it was delicious!  Who knew invasive weeds could taste so good?! 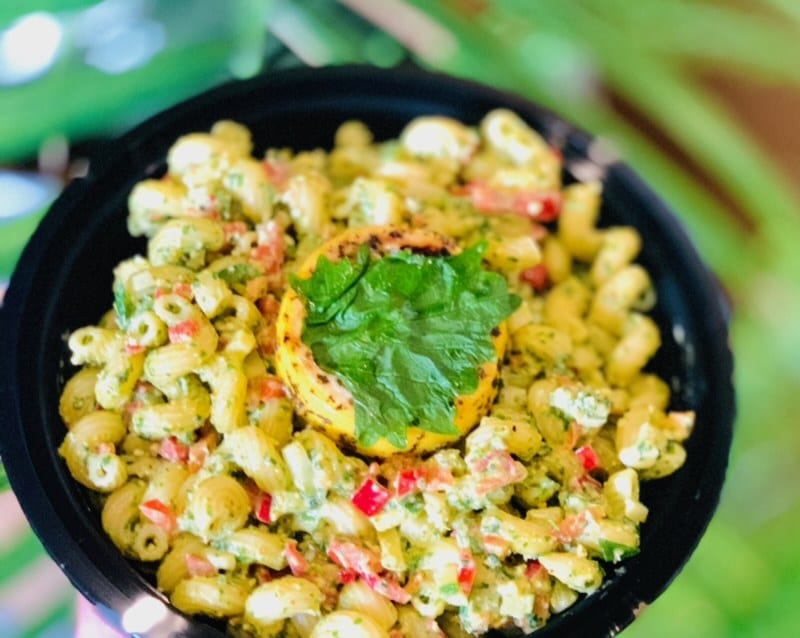