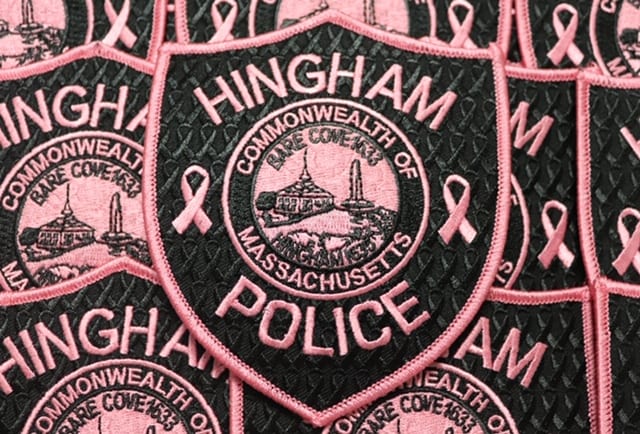 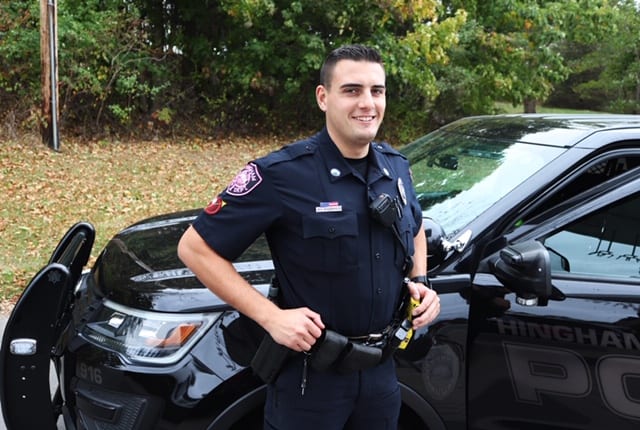 The Pink Patch Project is an effort among law enforcement agencies to combat breast cancer by raising public awareness and funds for breast cancer education, research and treatment. It began in California in 2013 when the Seal Beach Police wore pink patches on their uniforms during October. In 2016 the idea spread to over agencies in California. The Hingham Police joined this effort in 2016 as the first agency in Massachusetts.

In 2020, there are over 600 agencies across the county participating (including over 100 in Massachusetts).

The Hingham Police sell their pink patches for $10 (including a pink K9 unit patch) with all proceeds going to the Susan Smith Center for Women’s Cancers at Dana-Farber Cancer Institute. They chose this charity because they learned it is where most of those in the community go for treatment of this disease. Patches are available 24/7 at the front desk or by mail. Just send a check (payable to Hingham Police) to Hingham Police, Pink Patch Project, 212 Central St. Hingham, MA 02043.