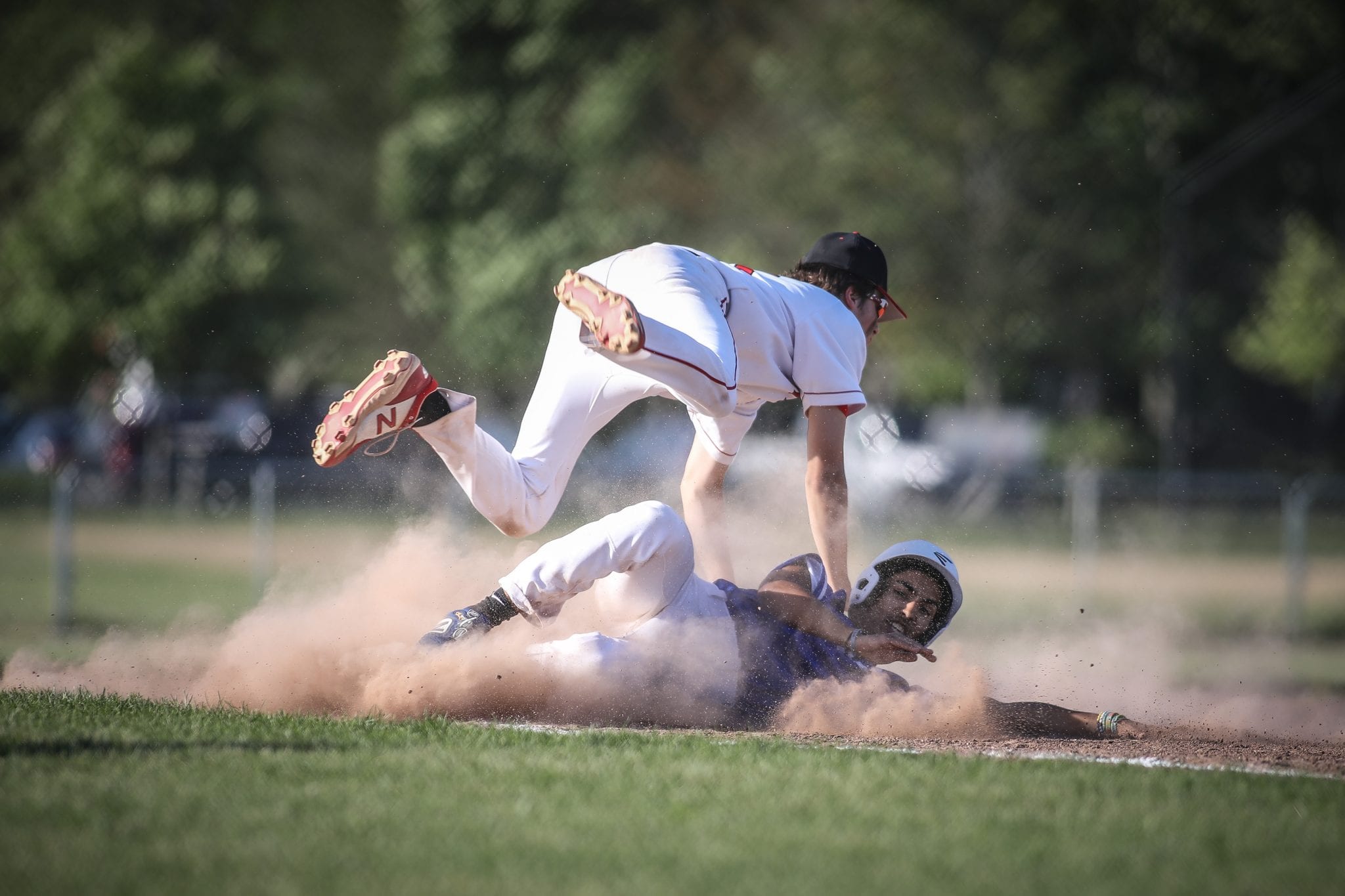 Junior Bobby Falvey avoids the collision after he tags out the runner trying to steal third.

The Hingham High School baseball team’s season came to end last night as they came up short against a good hitting squad in Attleboro.  The Harbormen started strong and jumped out to an early 3-0 lead backed up by strong starting pitching from sophomore Jake Schulte.

Attleboro left four men stranding in the first two innings, including bases loaded in the second, but the Bombardiers broke through in the third, scoring three runs of their own.  The Harbormen continued to inch ahead the next two innings scoring a run in each, but every time, Attleboro managed to tie it up.

Hingham had strong performances at the plate from seniors Jacob Nolan, Connor Stanley, Oliver Fortin, as well as senior captains Andrew McGowan and Mike Rizzo. Unfortunately, Attleboro also had some clutch hitting, especially in the late innings.   In the top of the sixth, the Bombardiers took the lead and never looked back.  They got timely hits, even though junior relief pitchers Craig Sandler and John Volpe had good outings.

As tough as it was to end the season with an 11-5 loss, head coach Frank Niles looks at as part of the process and growth of his team.

“The biggest lesson in baseball is that if you haven’t been in baseball games where things have gone badly, you haven’t played enough baseball,” Niles said.  “The game will humble you and if it hasn’t yet, you got to keep playing.”

Yesterday’s game was definitely a humbling experience as Attleboro was hitting everything Hingham was throwing at them.

“They hit everything they threw up there,” Niles goes on to say.  “They hit soft hits, they hit bloopers, they hit rockets, they hit missiles.  They hit the ball all around the field.”

For the 11 seniors on the team, this was their last high school game.  As disappointing it is to end your career with a loss, they look back on the season as a whole as a success.

“(We had a) good season,” recalls Rizzo. “We had a lot guys battle through stuff. Lot of improvement in practice.  Lots of hustle.  I thought we played good until the end, but we just faced a good team.  This year was a lot fun.” 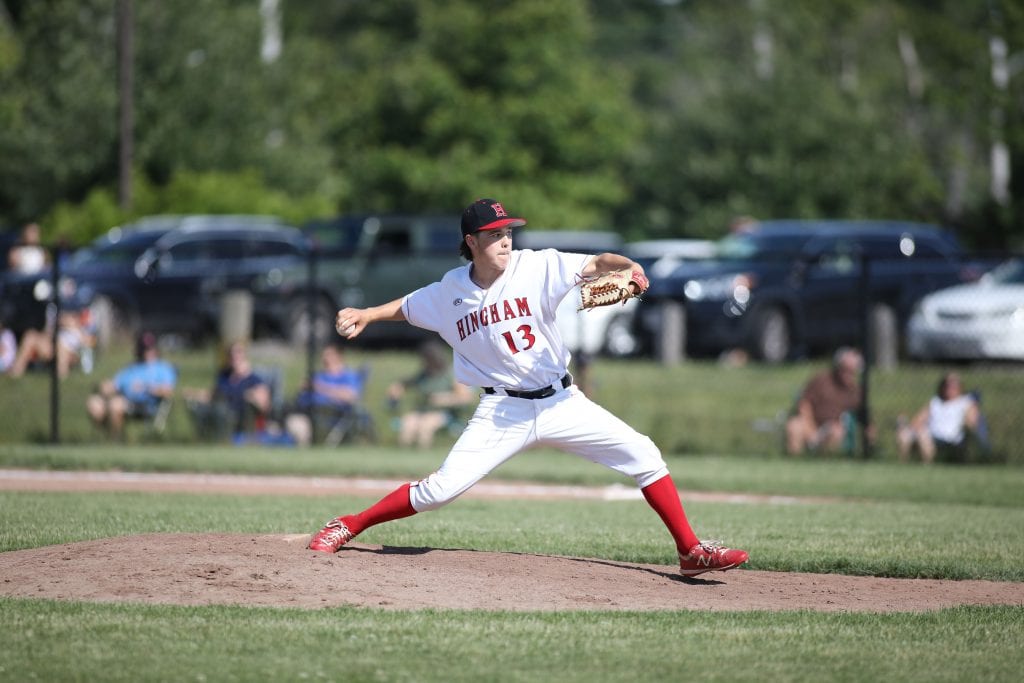 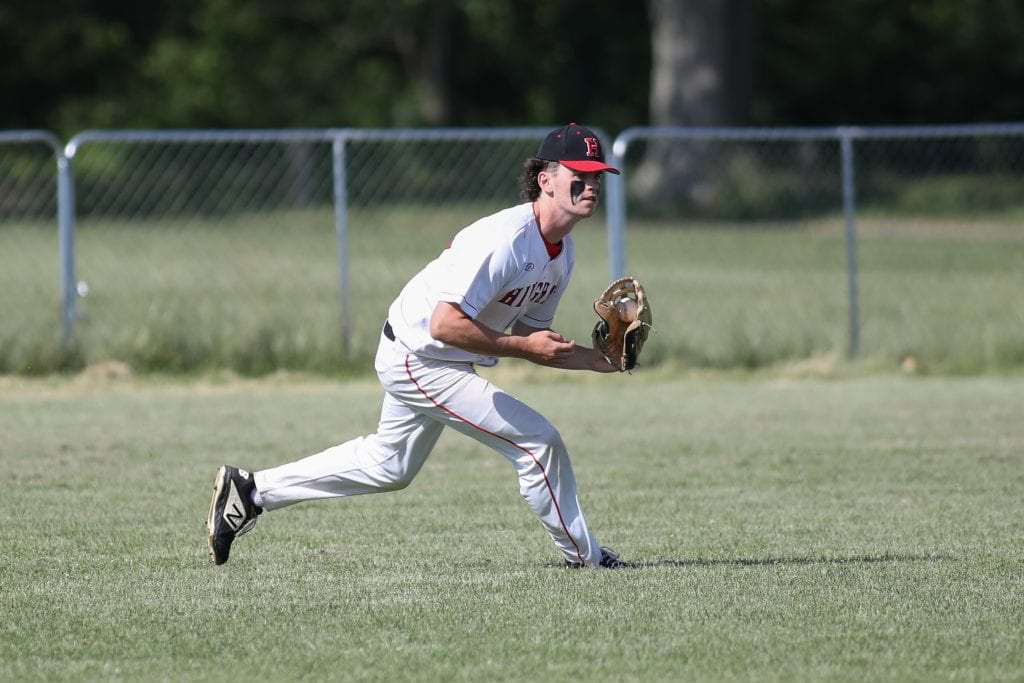 Senior Matt Lahiff runs to make the out in left field. 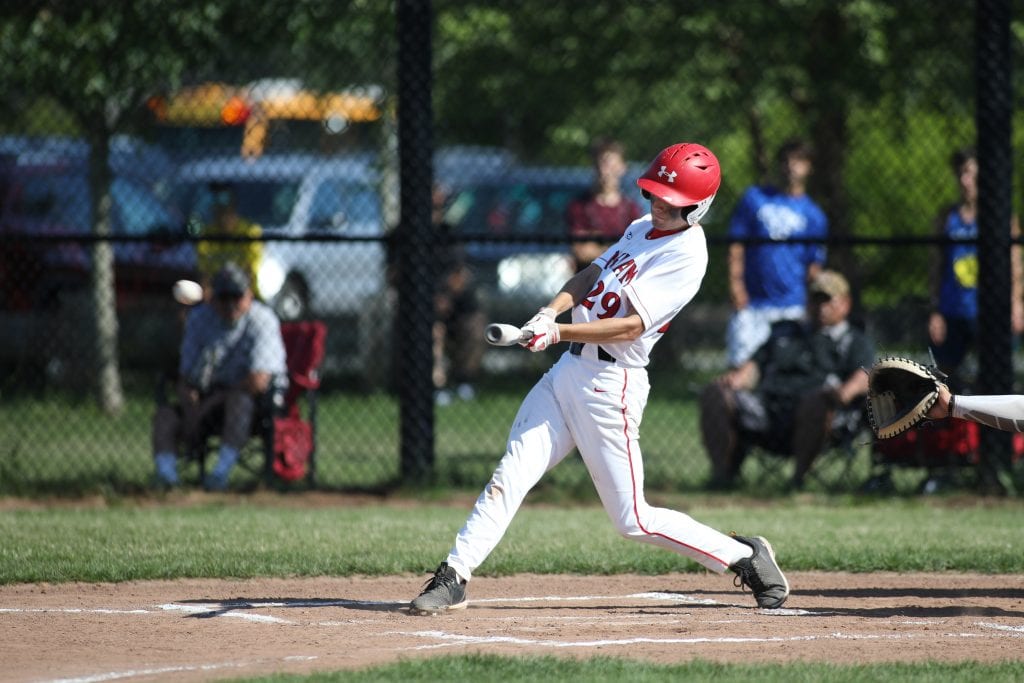 Senior Connor Stanley with a hit in the first inning. 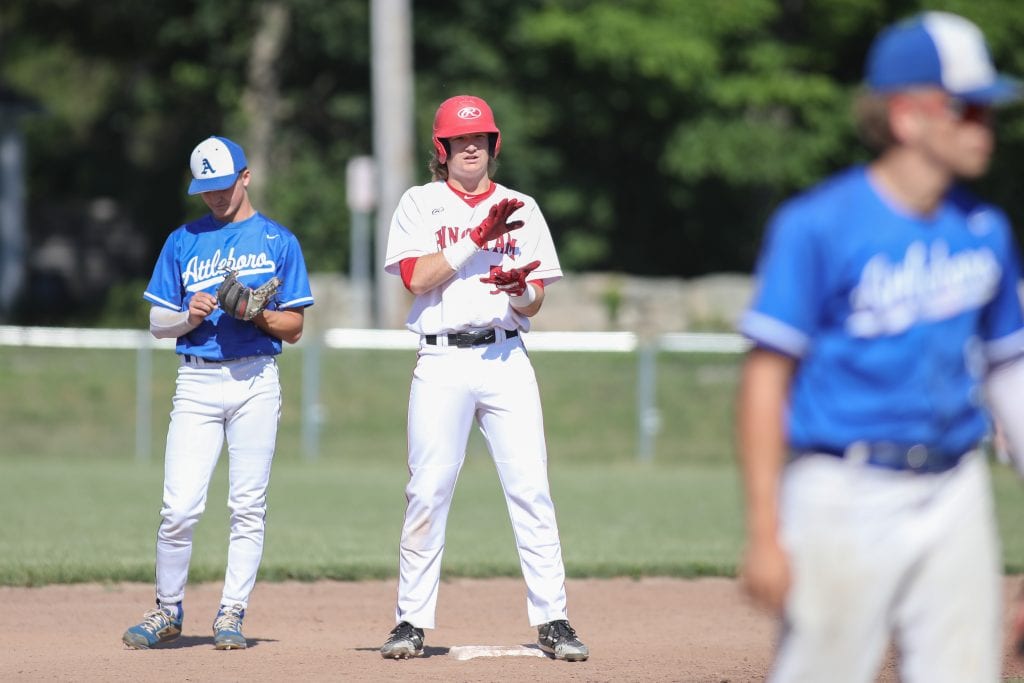 Senior captain Andrew McGowan with a stand up double. 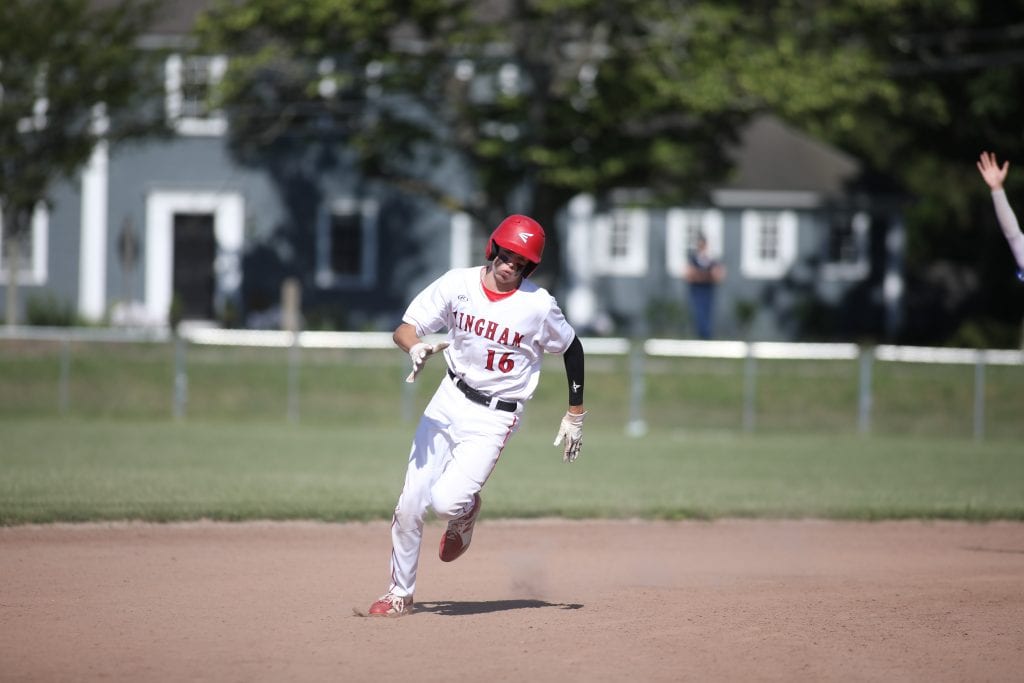 Junior Bobby Falvey rounds second on a base hit. 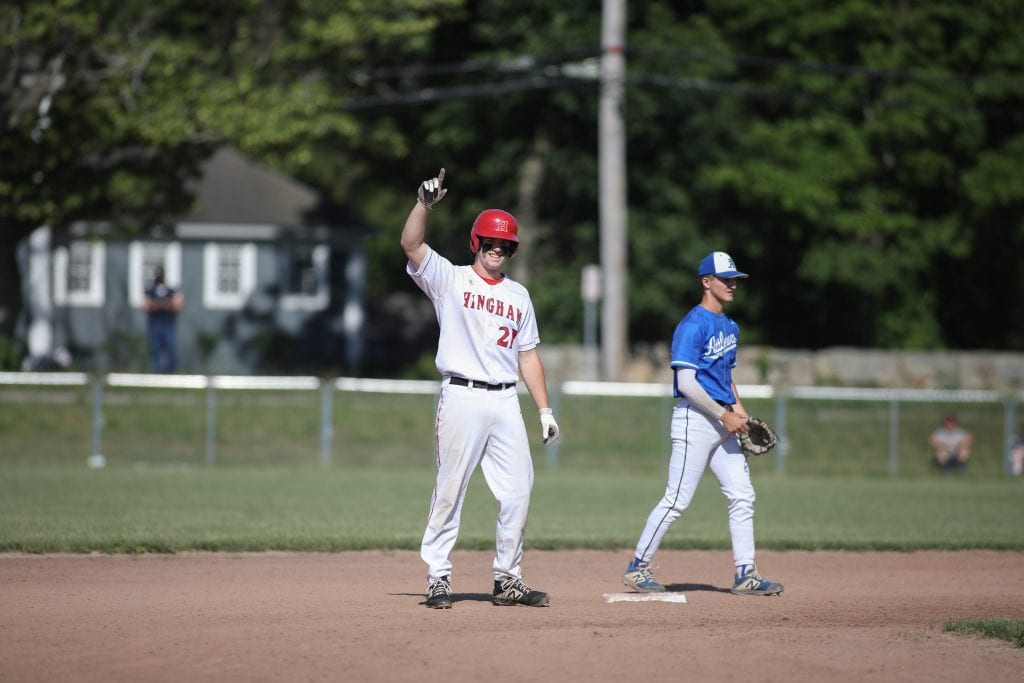 Senior Matt Lahiff with another Hingham double in the second. 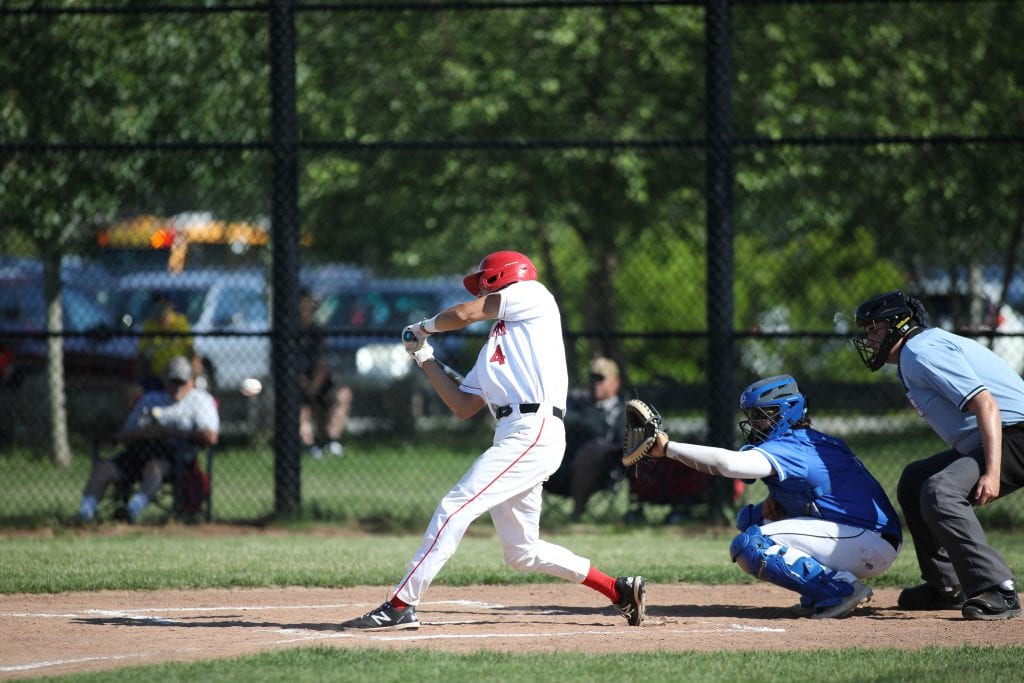 Senior Oliver Fortin belts a hit in the early innings. 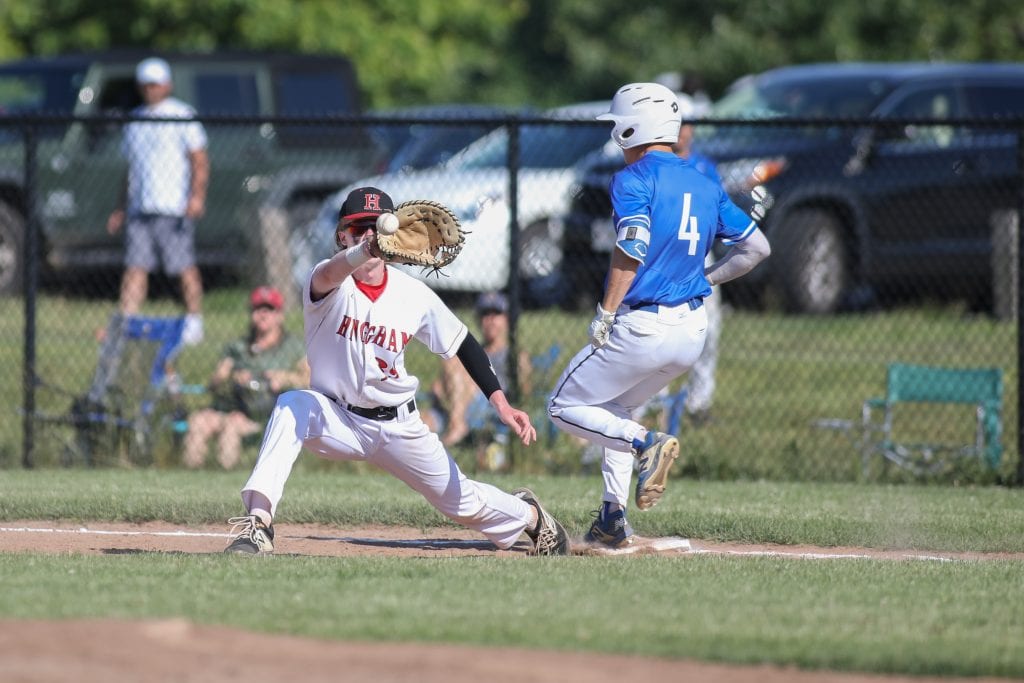 Senior Jacob Nolan stretches out, but the runner just beats the throw. 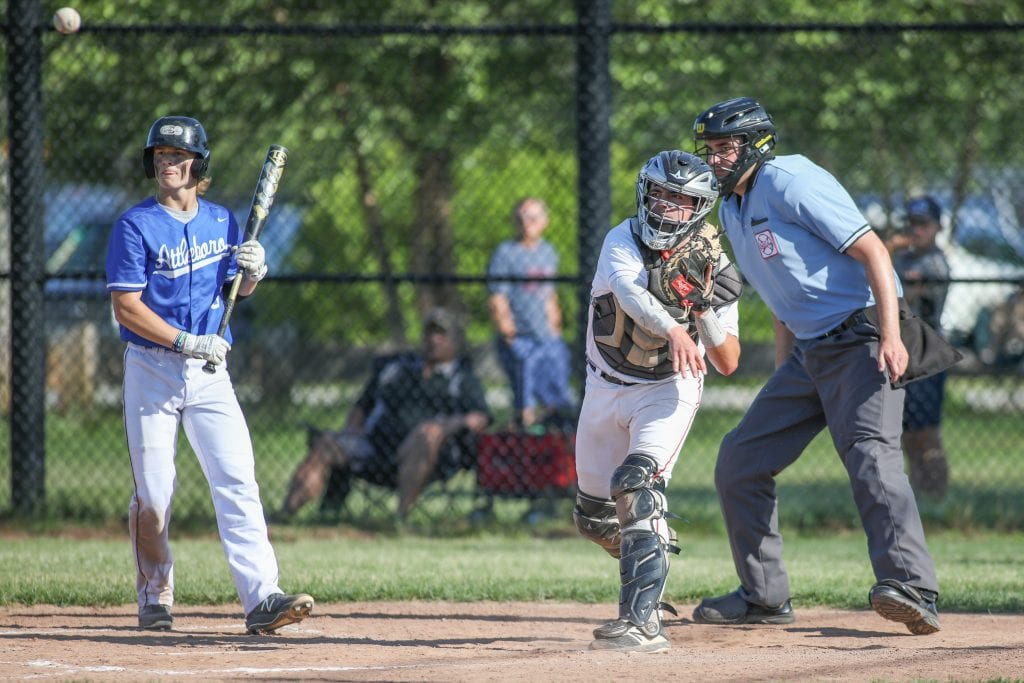 Senor captain Mike Rizzo threw out 3 batters in the game. 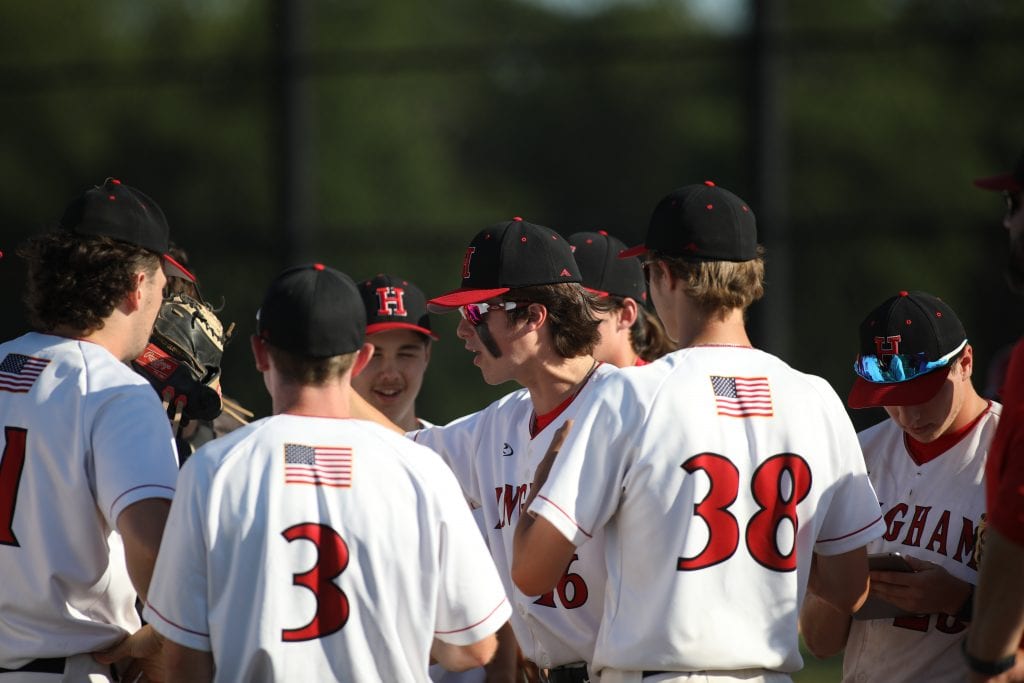 Junior Bobby Falvey tried to fire up his teammates in the late innings. 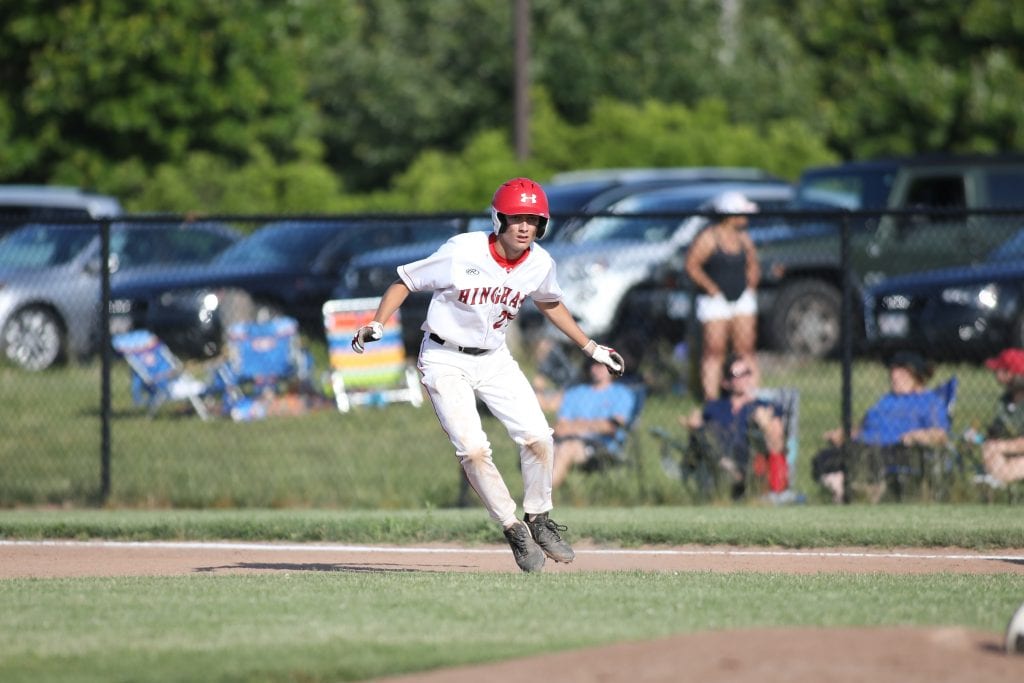 Senior Connor Stanley eyes the pitcher before stealing second base. 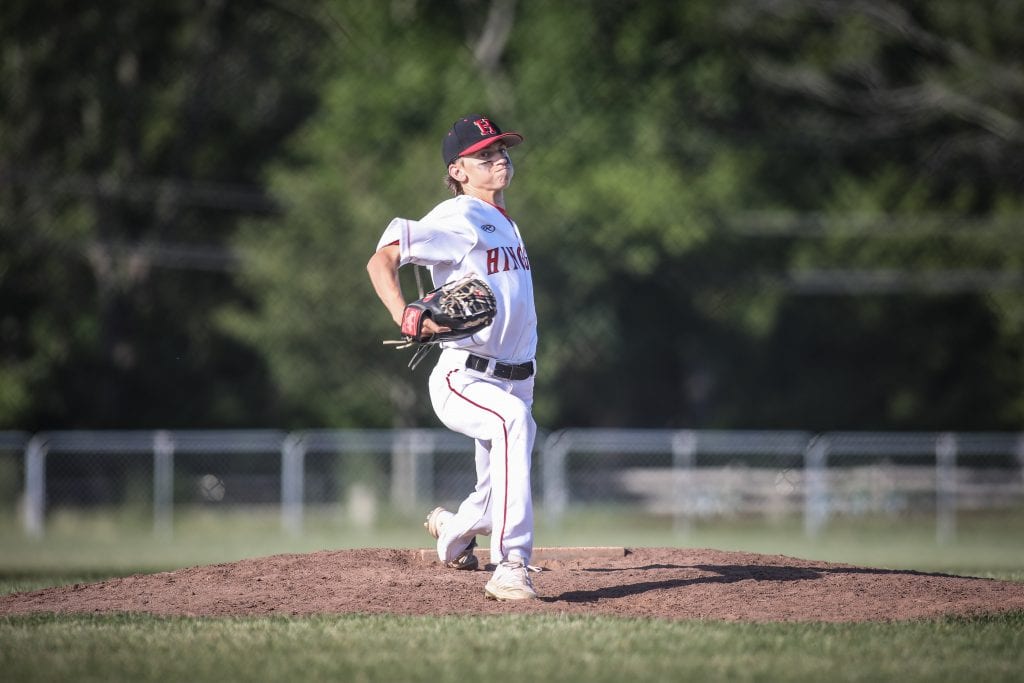 Junior Craig Sandler came in relief not allowing a run.