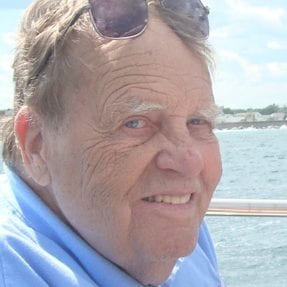 David Wilfred Flanagan, DMD, entered peacefully into Eternal Life on March 3, 2021 at the age of 83. Born in Boston on June 26, 1937, David was the oldest son of the late Howard and Irene (Boland) Flanagan. He was raised in Arlington and graduated from Arlington High School, Class of 1955. He graduated with a Bachelor of Science degree from Tufts University in 1959 and enrolled in Tufts Dental School, earning his DMD degree in 1963.

While a student at Tufts Dental School, David met his wife of 57 years, Katherine L. (Stone) Flanagan. They moved to Hingham in October, 1963 where David started his private dental practice. He left his private practice in 1975 to begin a career as a staff dentist for the Veterans Administration, serving in hospitals located in Augusta, ME, Bedford MA and finally Brockton, MA where he spent over 20 years before his retirement in 1999. While working for the VA, David served as a clinical instructor for Tufts Dental School (1975-1976) and the Harvard School of Dental Medicine (1976-1999).

David served in the Massachusetts Army National Guard, commissioned as a 1st Lieutenant in 1963 and attaining the rank of Major prior to his honorable discharge in 1970. He was an avid sailor and a member and former Commodore of the Green Harbor Yacht Club in Marshfield, MA from where he was frequently found steering “Bightwings II‘’ for the open waters of Cape Cod Bay.

Relatives and friends are respectfully invited to attend the visiting hours on Sunday, March 7 from 2-4pm in the Pyne Keohane Funeral Home, 21 Emerald Street (Off Central St.) Hingham. Funeral services and burial are private.

In lieu of flowers donations in memory of David may be made to Jimmy Fund, 10 Brookline Place, Brookline, MA 02445.