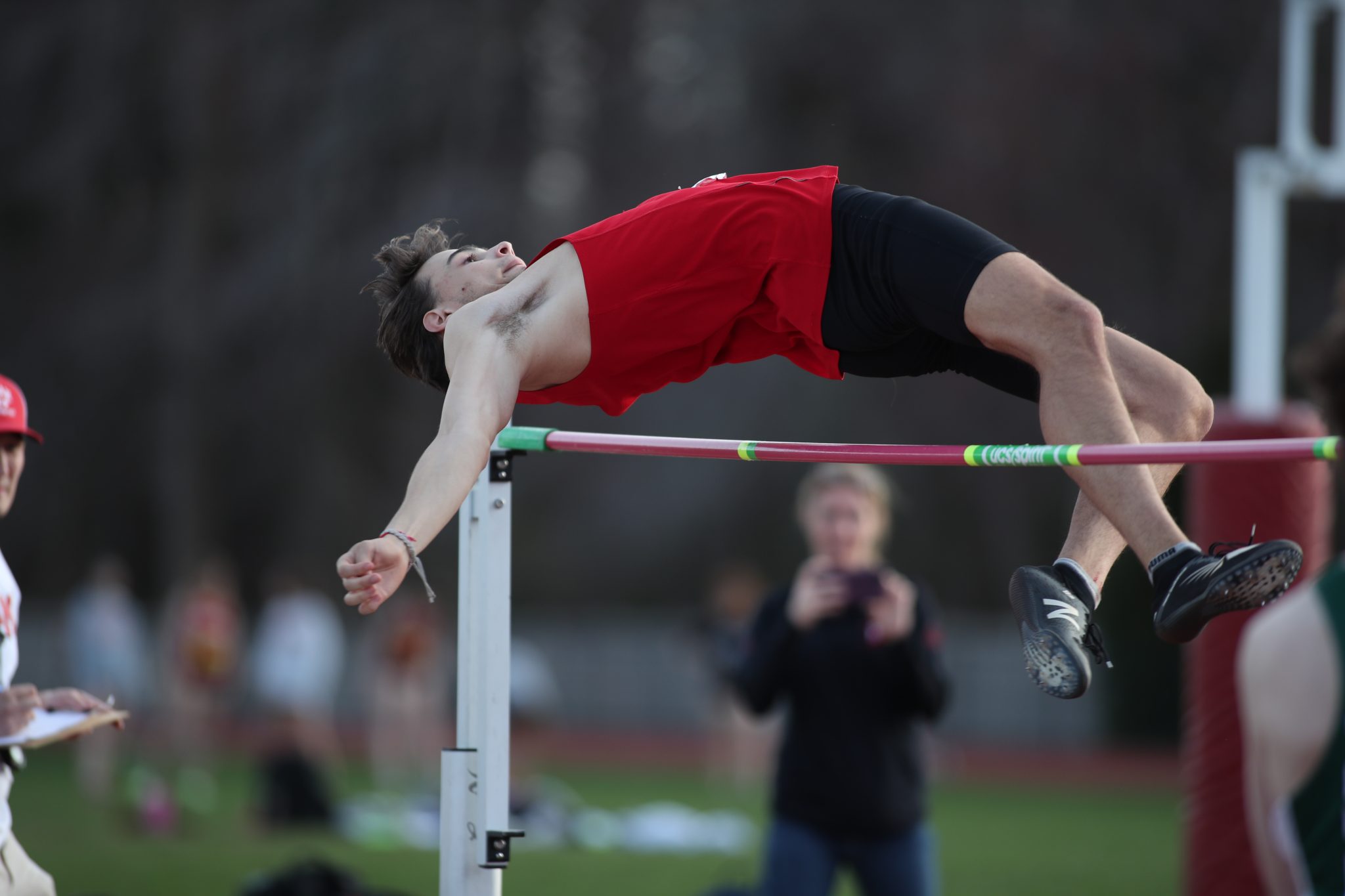 Senior Avery Warshaw cleared 6'4" to win the D2 title in the high jump.

Normally, his agenda would be set, a no-brainer exercise really.

After all, how many times does an athlete get to be crowned a state champion in three different events?

If your name is Avery Warshaw and you are on the track team at Hingham High, that is exactly what you did last weekend at the Division 2 State championships.

Warshaw, who will graduate this week, won titles in the high jump, long jump and triple jump, a ridiculous display of versatility.

The normal progression is to seek higher goals, which is what is being offered at Westport State this weekend, where all division winners gather to match best against best.

But Warshaw, who will be attending Montana State in the fall, is again following his own path.

"The first day of the meet is my senior prom,'' said Warshaw. "And the second is my high school graduation, so I won't be competing.''

Not that that is the end of this phase of his high school career, Warshaw will be competing in a national event in Pennsylvania in mid-June.

What is even more remarkable is the way Warshaw achieved his success.

"I've been doing the high jump since I was a freshman,'' said Warshaw, who also dabbles in soccer for a diversion, "And last year I picked up the long jump.''

And the triple jump?

"It was my senior year,'' said Warshaw, "and I told a friend I kind of wanted to try it.''

"It's been fun,'' said Warshaw, who started his athletic career with lacrosse, another spring sport, but gradually gravitated towards track.

In addition to his jumping competition, Warshaw has also participated and contributed in the sprints and relays.

But what makes him work most is competition. "It's like a shot of adrenaline goes into him when the competition starts.''

Even Jewett was stunned by Warshaw's sweep in the jumps. "One, sure two even is not that unusual, but three, I don't think that has EVER been done.''

The addition of the triple jump came, like Warshaw said, on basically a whim.

"It was during practice in the spring and he was a little bored, so I said, why don't you work on the triple jump,'' said Jewett. "So we worked on it for a couple of days and he competes in a meet and he went well past 40 feet.''

Jewett says that despite missing states this weekend, the opportunities to make a splash in the nationals in Philadelphia on June 18 will be available.

"He qualified for all three,'' said Jewett.

And after that, Avery Warshaw will again blaze his own trail.

"He just heard something about Montana, went out there and fell in love with the place,'' said Jewett. "So he's just heading West.''