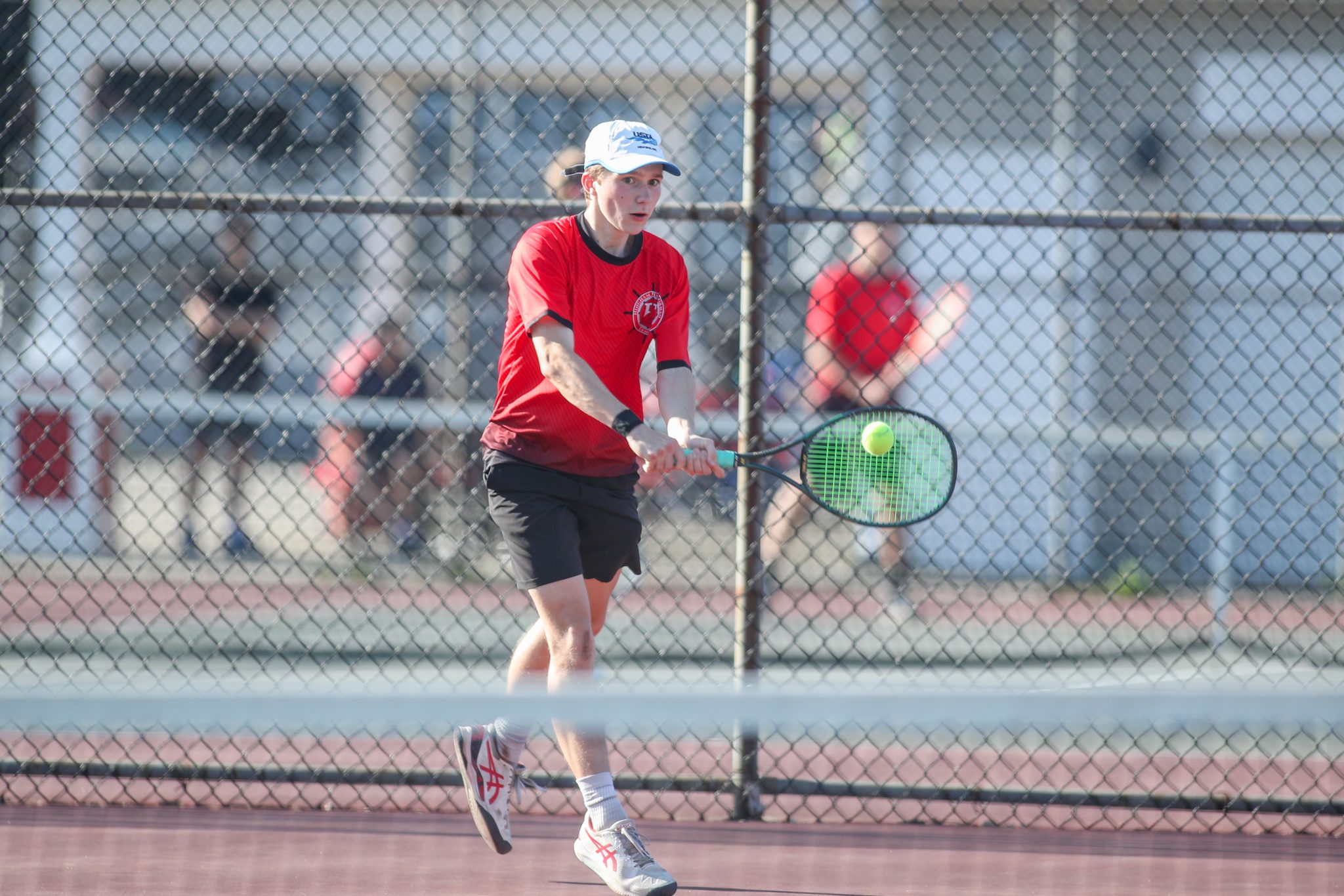 Junior Thomas Fabrizio clinched the team victory with a 2-6, 6-3, 6-1 come from behind win.

Full disclosure, I was expecting to be writing about yesterday's girls lacrosse game today, not the boys tennis team.  However, sports has a funny way of dictating your schedule, just ask my family.  The Harbormen were coming off a dominate 5-0 first round victory against Plymouth South on Monday and was anticipating their Round of 16 match against Amherst-Pelham to be a bit more challenging.

Unlike the lacrosse game, which was over within the first five minutes, there was no sign of a clear winner on the courts even after a few hours into the matches.  The first three courts had the top three single matches, include senior captain Jack Price, sophomore Travis Rugg and junior Thomas Fabrizio.  Court 4 had first doubles pair of senior captain Dominic Kanter and junior Will Baker.  The last court had second doubles team of juniors Nick Dubois and Ben LaRhette.

Running back and forth between the field and the courts, I was able to catch Dubois and LaRhette finish their match first in straight sets 6-3, 6-3 giving Hingham the 1-0 match lead.  However, the Harbormen were dropped their first set in all the other matches.  Kanter and Baker bounced back after a 4-6 loss winning the final two sets 6-3, 6-4. Up 2-0, Price lost his battle against their top seed.  Head Coach Eric Gill said Price "played his best match of the season" regardless of the results.  As Amherst-Pelham moved within one, all eyes and bodies moved to court 3 where Fabrizio was in his third set 4-1.  With the pressure on and the match on his racket, Fabrizio served his way to a 5th game win and broke serve to win his match and giving him the team win.

"We've never played doubles teams this good," Fabrizio said after his match. "And their first singles was amazing.  There second and third singles was one of the best teams we've played so far."

Even having lazer focus on the match Fabrizio still got a sense of what was going on around him in the other matches.

"I saw that our first singles, Jack Price, lost his match," he goes on to say. "I was getting a little nervous becasue I realized it was between me and second singles (Rugg) to win.  So when I saw everyone crowd over here, I was like 'oahh,' it is on me know.  I was really proud of myself on how I played.  I was patience.  I didn't start to get frustrated when I was down or when he started taking him time to get in my head. I kind of just left it out on the court."

The boys will head to Concord-Carlilse to take on the top seed tomorrow at 4:30pm. 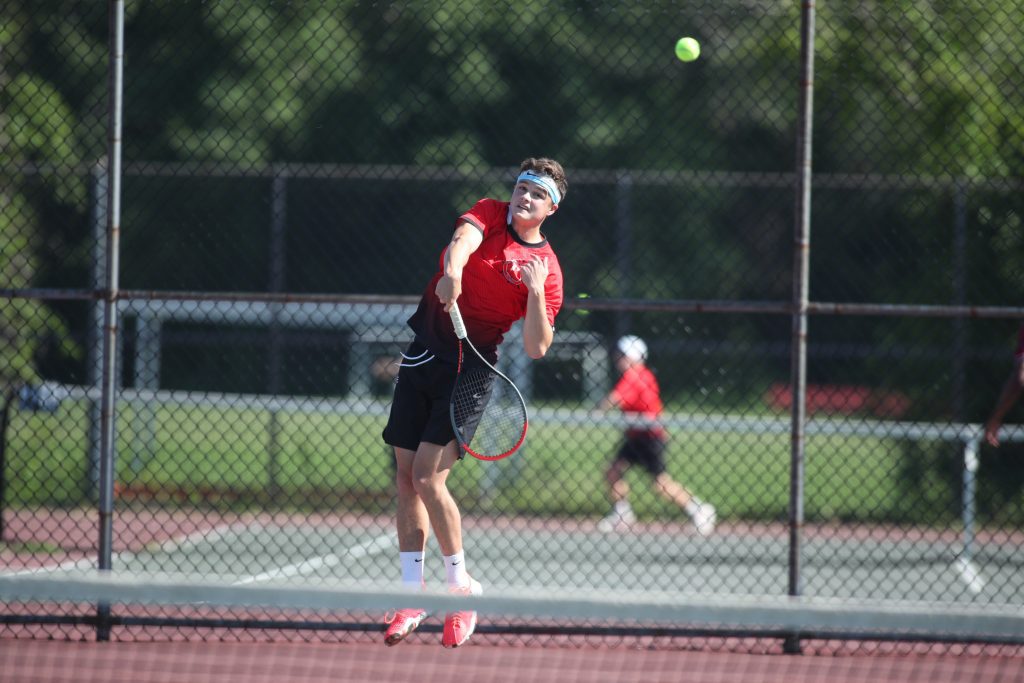 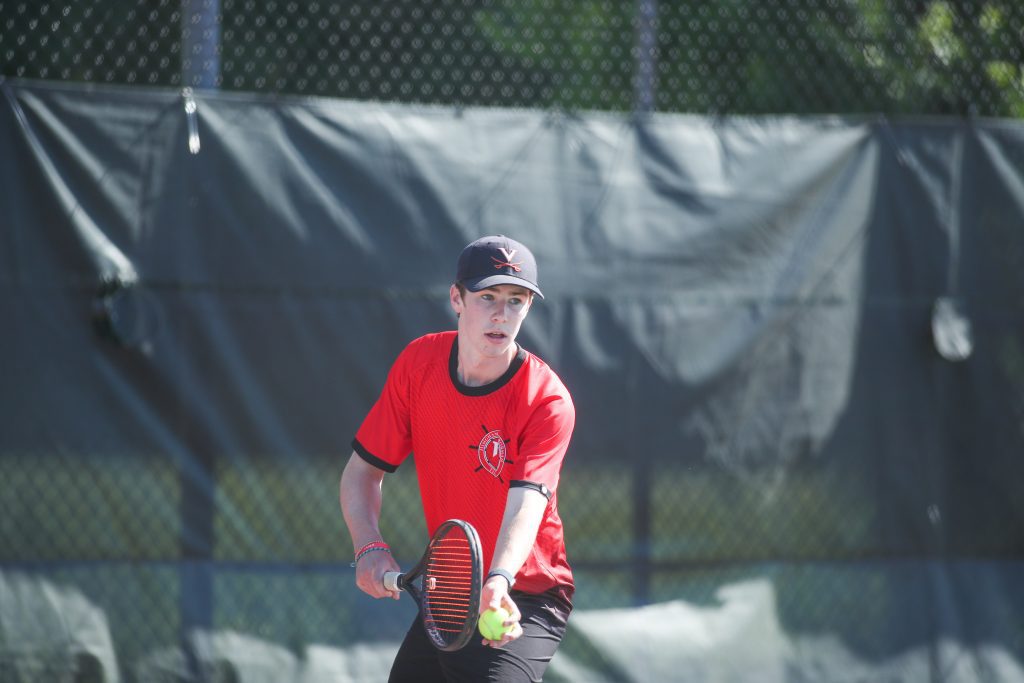 Senior Jack Price lost his match, despite playing his best tennis of the year. 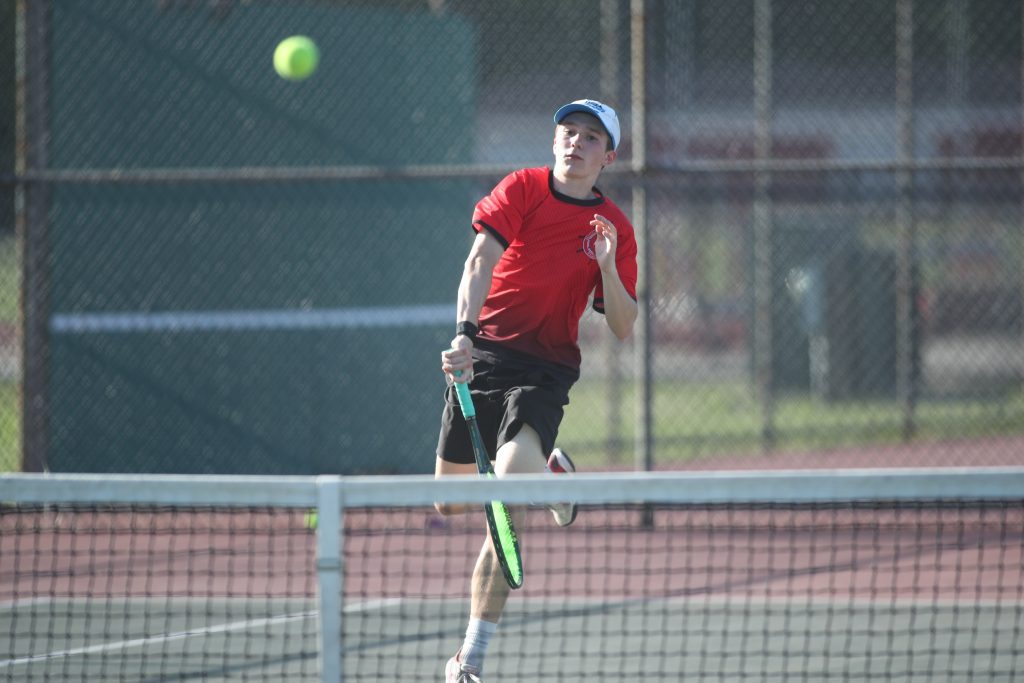 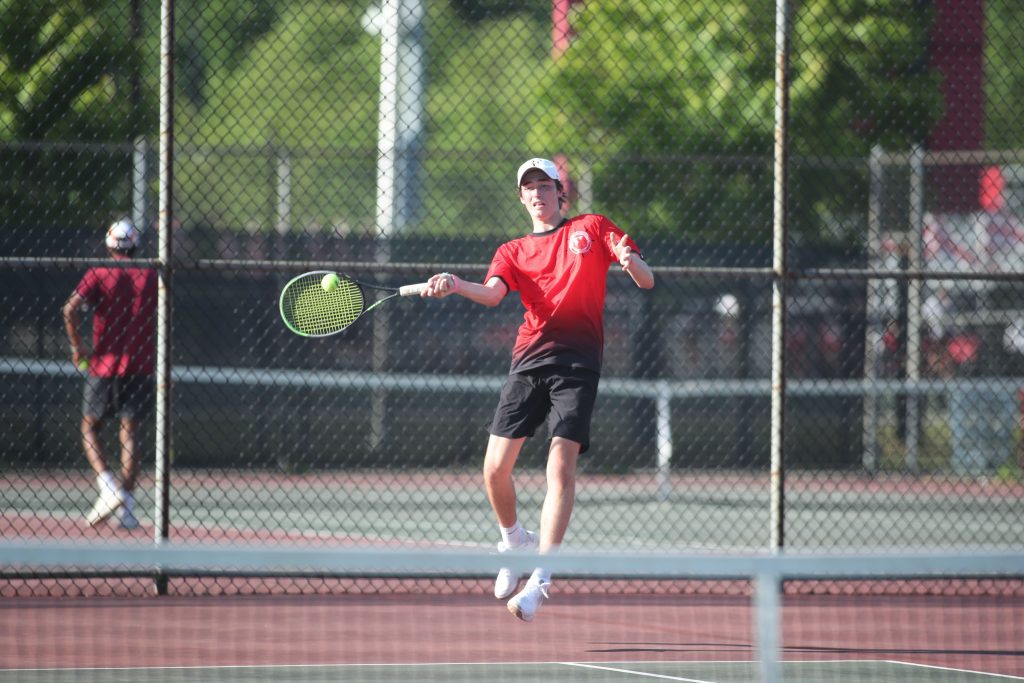 Sophomore Travis Rugg during his epic 2.5 hour match, which he eventually won in 3 sets.