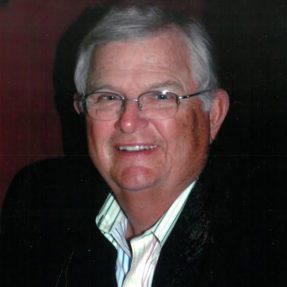 Kevin S. Riley of Hingham passed away peacefully at home surrounded by his family on July 18, 2021; he was 78.  He had battled sarcoidosis for twelve years.

He was the loving husband of Susan Bertz Riley for 50 years and loving father to Kate Riley O’Leary of Kingston, J. Terrence Riley of Dorchester and Victoria A. Riley of South Boston.  His granddaughters, Charlotte and Georgia were the love of his days.  He was preceded in death by his sister, Mary Jo Riley and is survived by his sisters, Kathleen R. Tisor of San Marcos, CA, Nancy R. Kriz of Newport Beach, CA and brothers’ Stephen J. Riley of Falmouth and Edward G. Riley of Madison, CT.  Kevin will be forever missed by his many nieces and nephews.

Son of Helen (Kearney) and Stephen Joseph Riley, he was born January 22, 1943 and grew up in Quincy Bay in Merrymount.  At 11, Kevin learned to sail at Quincy Yacht Club and remained an avid lifelong sailor; he raced 210s out of Hingham Yacht Club his entire adult life.  He was Commodore at Hingham Yacht Club from 2002-2004 and served the post proudly.

In 1962, Kevin graduated from Newman School for Boys and then attended Mass Maritime Academy where he majored in Marine Transportation for a career as a licensed ship officer.  Following graduation, he worked for Farrell Lines, NYC with routes to Australia and West Africa.  Coming landside, he spent the remainder of his career as a marine insurance agent.

Kevin coached Hingham John Barker Basketball for all three of his children and always attended Terrence’s lacrosse games in high school and college.  His favorite place was on the ocean teaching his children racing skills, boatmanship and life-long skills on the water.

Relatives and friends are respectfully invited to attend the visitation on Monday, July 26, from 4-8pm, at the Pyne Keohane Funeral Home, 21 Emerald Street in Hingham.  A Funeral Mass will be held at St. Paul’s on Tuesday, July 27 at 10 AM.  In lieu of flowers, friends may make a contribution in Kevin’s name to the Foundation of Sarcoidosis Research to invest in a cure.  To share a condolence message or special memory, please click the link above.