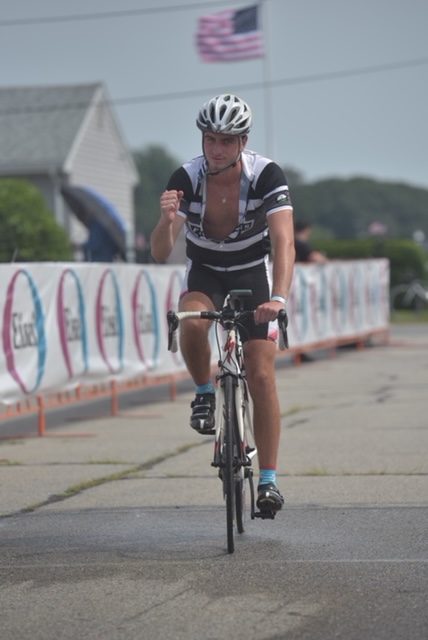 Following the passing of well-loved Hingham resident Justin Teague, 49, last October after a 20-year struggle with colon cancer, his oldest son, Brenden, participated for the first time in the Pan Mass Challenge in early August in his father's memory, riding his bike and wearing his PMC jersey and shoes. Proceeds from the PMC benefit Dana-Farber cancer research.

"The PMC was such a huge part of my Dad's life on top of the cancer that consumed so much of his time for so many years. He was tremendously strong for so long, bouncing back and forth between treatments, work, and family trips," Brenden told the Hingham Anchor. "The PMC was part of a big celebration every year of all the hard work he had done and for pushing on and battling the cancer for so many years." Now Brenden is carrying on that tradition.

After Justin was diagnosed with colon cancer at age 29, he fought the disease for 20 years, undergoing many different trials, treatments, and surgeries, according to his wife, Jean.

As background, about 10 years ago, Justin decided he would like to participate in some kind of fundraiser to benefit cancer research, and as a result, a group of friends from Providence College -- from which he and Jean graduated and where Brenden is now attending in his junior year -- formed a PMC team and have been participating ever since.

"This is the first time they've done it without Justin, who participated most years when he was able to," Jean said. "All my friends who rode this year with Brenden as part of the Providence College team told me afterwards that every time they looked over at my son wearing Justin's shoes and jersey, it seemed as though it was Justin, who Brenden strongly resembles."

Jean said her husband would have been just as proud as she is of Brenden for completing the 86-mile leg of the ride -- from Wellesley to Bourne -- on the first day of the two-day ride, which is not a race. "I'm sure Justin was with him the entire day," she said.

The PMC ride was "near and dear to Justin and remains so for our family and all our alumni friends," she said. "Brenden showed determination, commitment to the cause, and love for his Dad by being part of this year's event." Even though this was his first time riding in the PMC, Brenden has volunteered during the event in the past.

The Providence College team has raised more than $300,000 toward cancer research in the past 10 years. This year, Brenden has already raised more than $5,000. Donations may be made until Oct. 1 at profile.pmc.org/BT0097 (his race ID number). 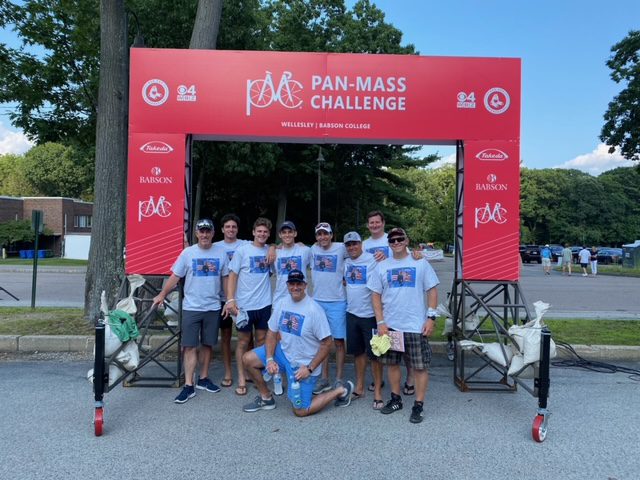 "All the support from the Providence College team [and those who donated to my ride] means so much to my family," Brenden said. "It meant a lot to us to see so many people riding in my Dad's memory."

Brenden noted that while not an avid biker, he was committed to reaching the finish line out of love for his father. "I figured if he could accomplish that after undergoing chemotherapy, then I could do it [at my young age]. The fact that I was riding in his memory was what was pushing me to finish the race."

The Teagues' son, Andrew, 18, plans to join the PMC next year, and their youngest son, Christopher, hopes to participate at some time in the future. 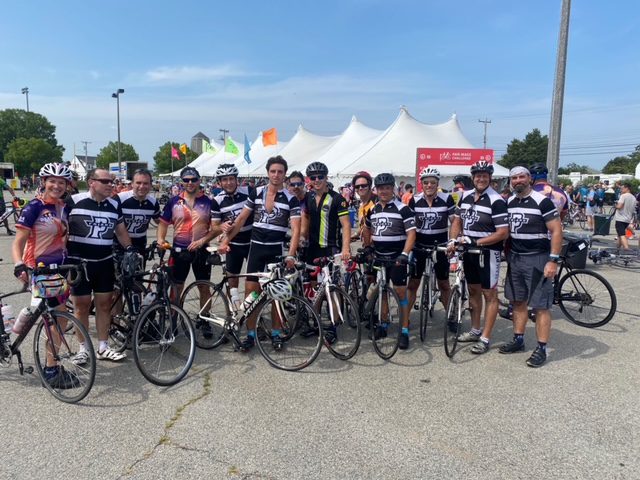 "I'm so grateful to the Providence College team and to Brenden for participating," Jean said. "Justin was loved by so many people. He was an amazing friend, an incredible colleague and mentor, and a great father [and husband] -- just an unbelievable guy."