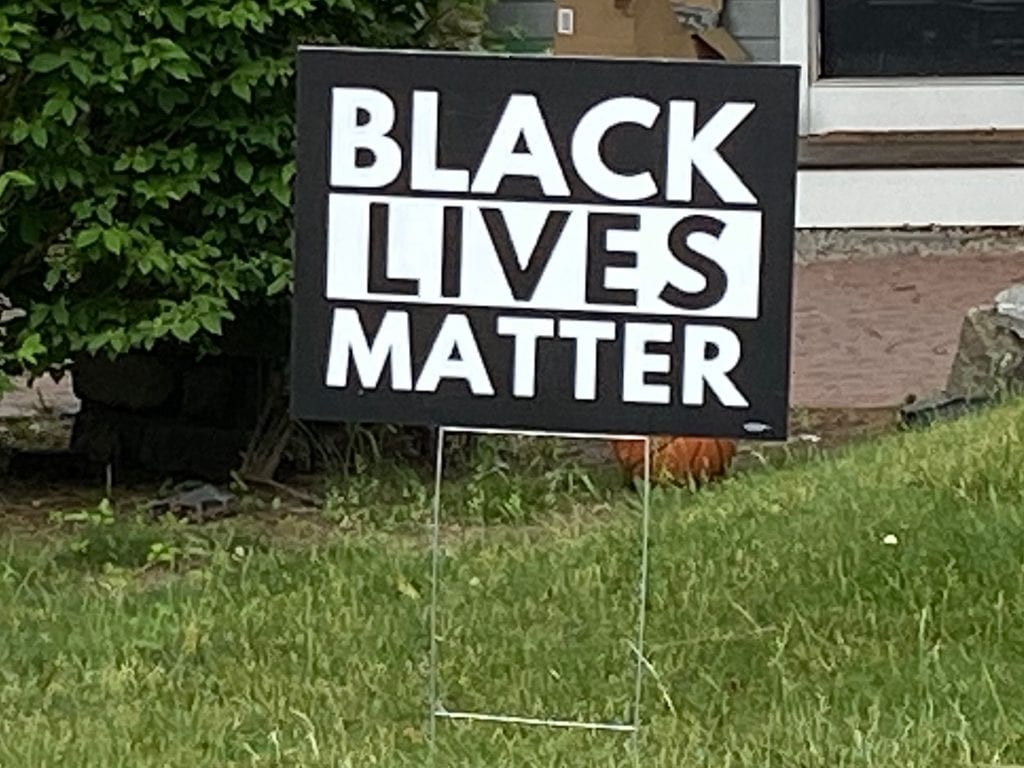 Hingham resident,  Alexis MacElhiney is the first to admit that she did not fully understand the Black Lives Matter movement until George Floyd was killed.  "I saw the images of him pinned under the officer's knee as he was handcuffed and posing no threat. Then I saw the others standing by watching and doing nothing. The images infuriated me," MacElhiney told the Anchor. "As I watched the news unfold, I began to understand that yes, all lives matter, but black lives are the ones in peril and have been for centuries."

When Alexis saw the post on the Hingham Discussion Board sharing the story of a Hingham Black Lives Matter sign being vandalized, she became determined to send a message of solidarity to those fighting racial injustice.

"I had the idea that if we blanketed the town with signs, then we could send a clear message of support. And the vandals could not possibly deface all of our signs," MacElhiney told the Anchor. "The signs also send the message that racism will not be tolerated in our town."

Once she presented the idea on Hingham Discussion Board, Alexis was amazed by how much community support there was. Very quickly, other Hingham residents began offering their help to get the project underway. Melissa Smith offered to help with the design and printing and Chrissy Roberts jumped on board as the first sponsor. Chrissy also suggested selling the signs at the vigil which generated a lot of exposure.

To date, five generous sponsors have come forward with donations that have covered the printing costs. All proceeds from the sale of the signs will go to the NAACP Legal and Educational Fund to fight racial injustice.

Over the past week, over $5000 has been raised for the NAACP and over 400 signs have been sold. 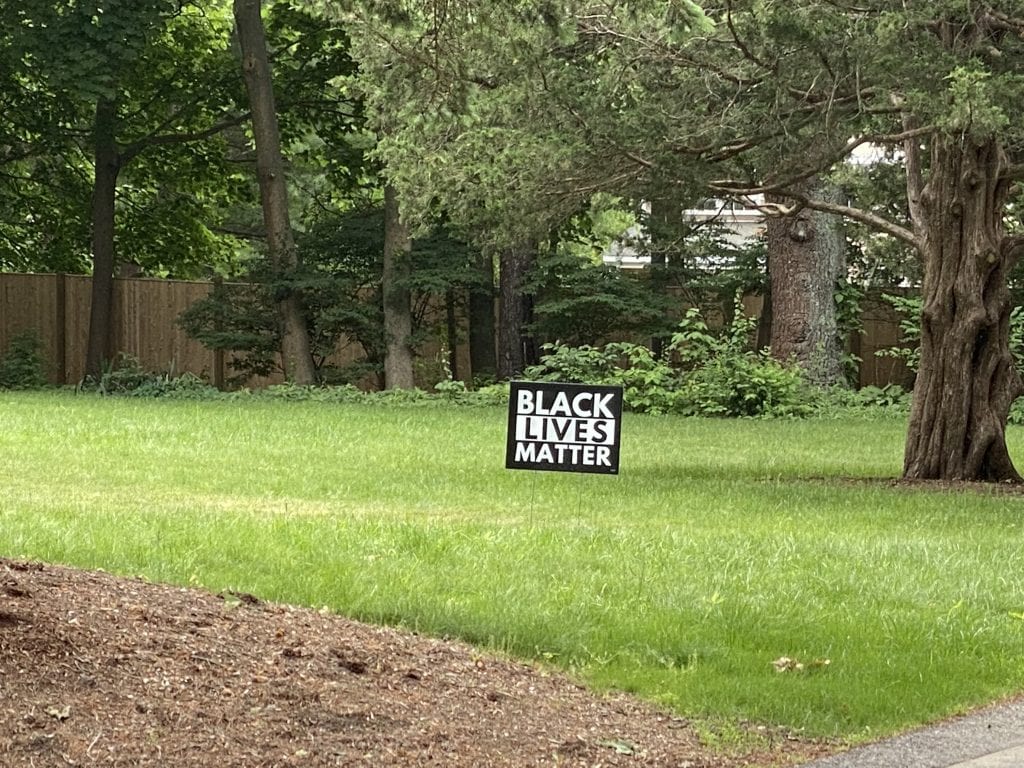