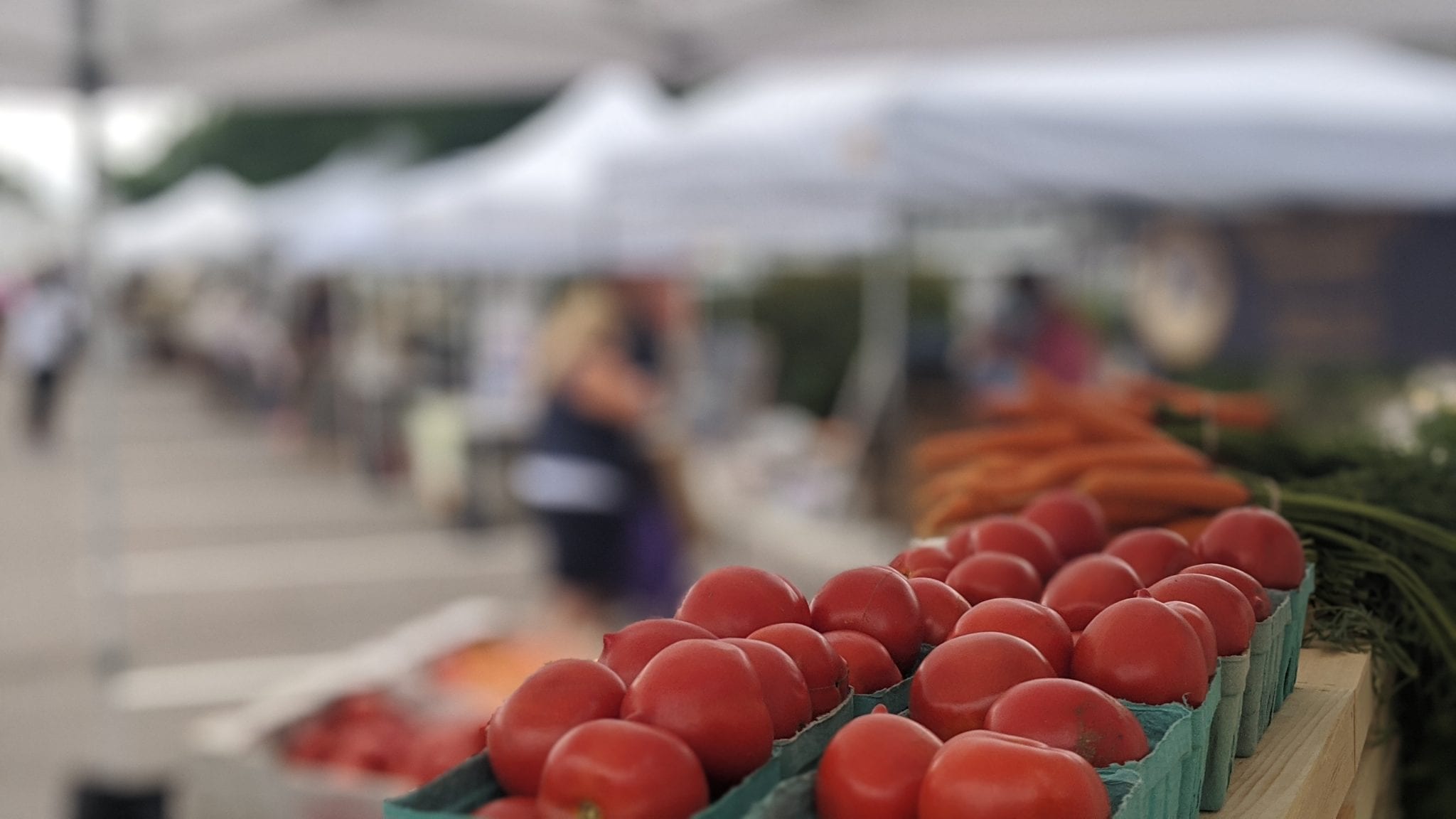 The Hingham Farmers Market, now in its 44th season, is flourishing at its Station Street location following a very different -- although successful -- season last year.

"We're back happily [this year] in a very robust environment," HFM President Mark Cullings told the Select Board Monday night during their remote meeting.

The HFM opened on schedule May 1, 2021, under 2020 Covid-19 restrictions, but on June 5 -- with the earlier restrictions lifted by Gov. Charlie Baker -- the market was able to go back to normal operations. 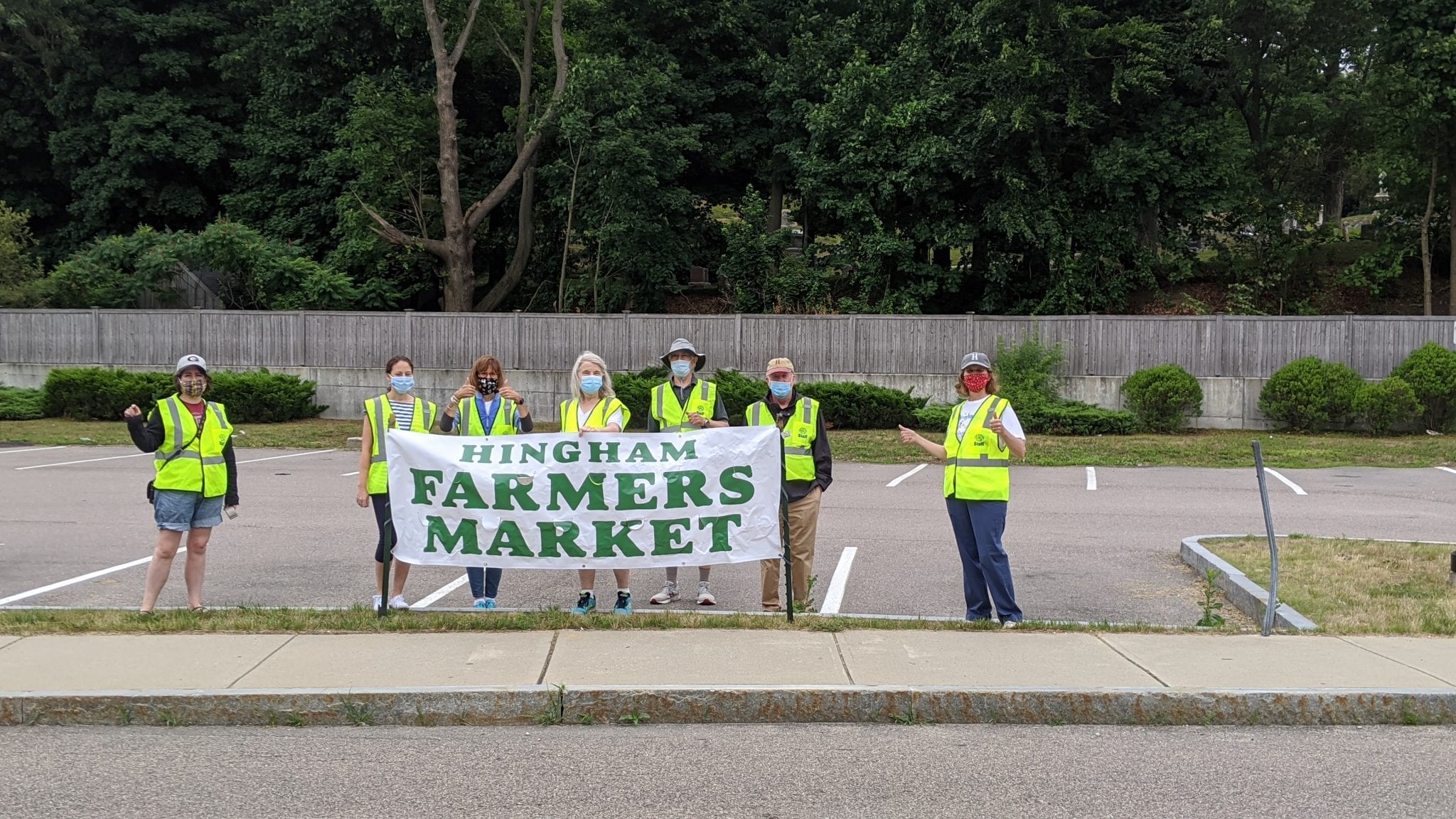 The proclamation recognizes in part the role farmers markets -- and particularly the HFM -- play in "creating a festive open-air setting and enhancing community spirit and civic pride by offering a natural place for community gathering." Cullings expressed appreciation for the number of years the board has issued similar proclamations.

Fisher noted that the "interaction between vendors and patrons is superb" and that the products are "high-quality." 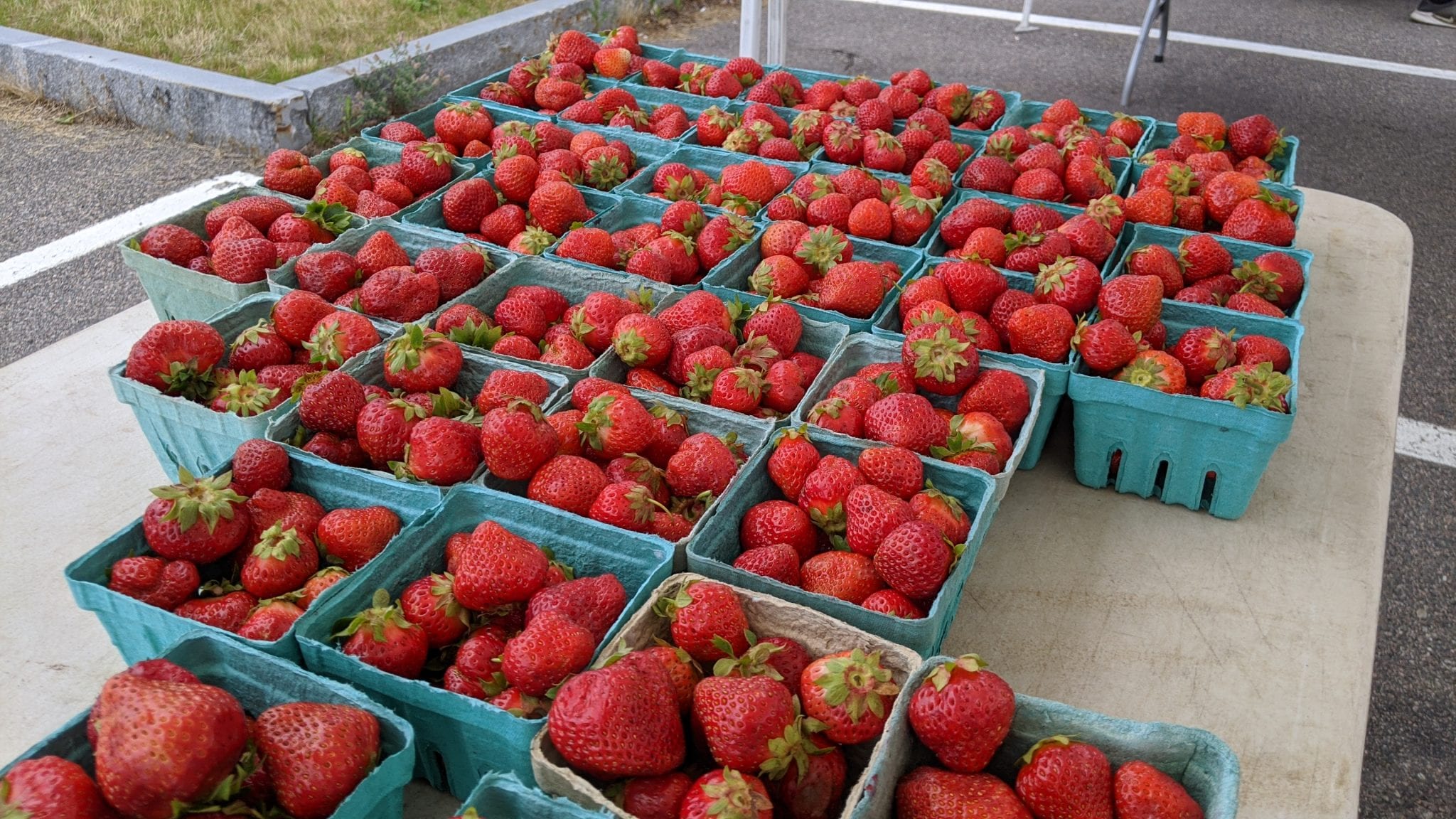 The market operates from the Station Street parking lot Saturdays from 9 a.m. to 1 p.m., May through November. The HFM -- the oldest farmers market in the state -- features nearly 34 vendor booths offering the tastiest fresh produce around, delicious baked goods, beautiful cut flowers, seafood, meat, poultry, and many other hard-to-resist offerings.

The Covid-19 pandemic had a "dramatic effect" on the HFM’s 2020 season, according to Cullings. "After discussions with public health and safety leaders, it was agreed that the market would relocate at least temporarily [from the Bathing Beach parking lot, from which it has operated for a number of years] to its traditional site on the Station Street parking lot," he said.

Along with newcomers, many loyal customers return to the market week after week. Cullings shared a comment made by a market patron recently: “The Covid pandemic has raised awareness of our health and well-being. This year more than ever, we need local markets selling locally-produced foods and products. The Hingham Farmers Market is a place where healthy food, great vendors, and happy customers get together each Saturday morning.” 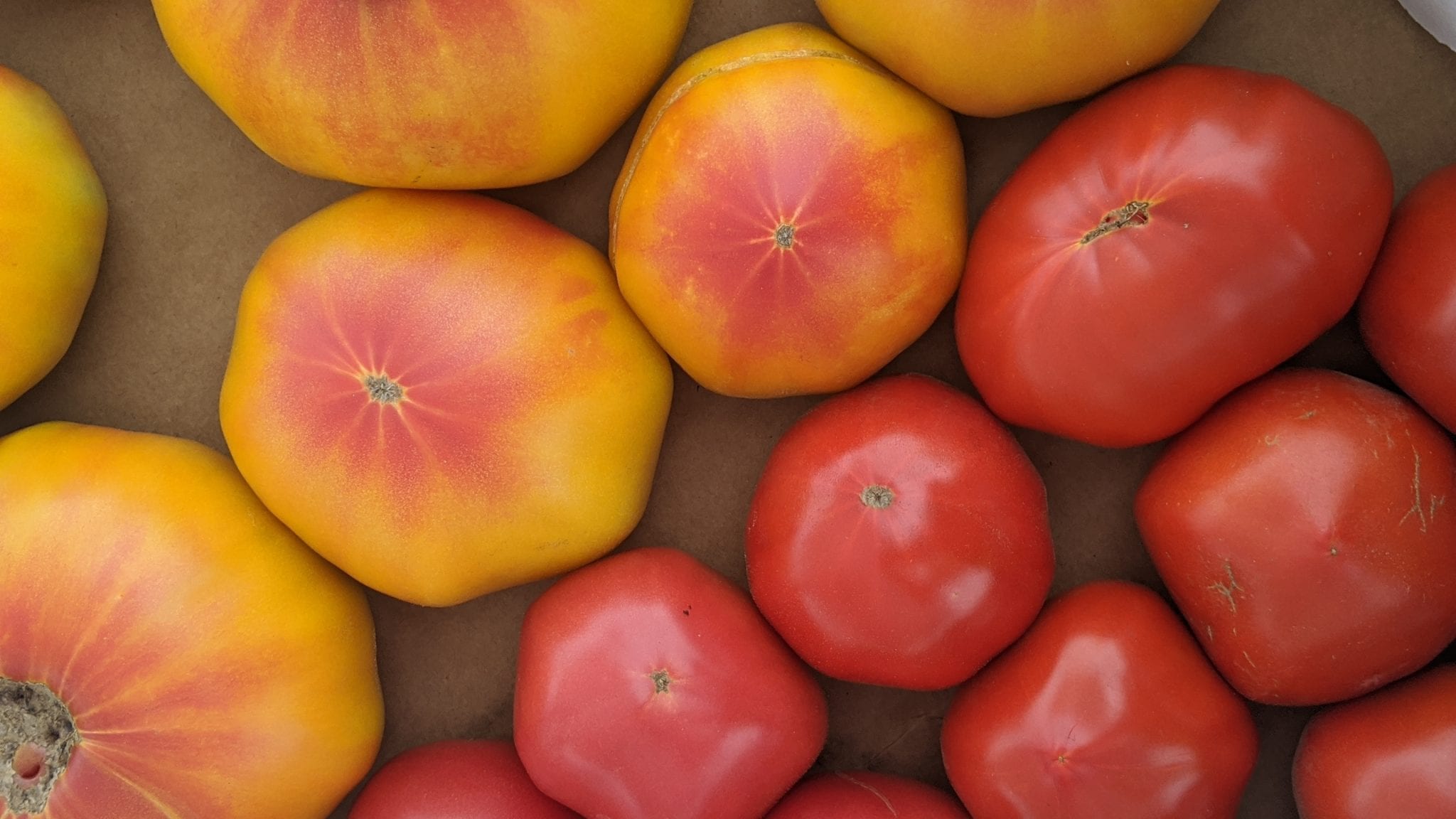 Cullings reported that the owner of one of the farms that participates in the market told him last week that the HFM is the farm's "lifeline, and he didn't say that lightly. The amount of business some of these farms do at our market is in some cases enough to cover their debt load. This means that their participation in other markets provides some [profit] margin."

Looking back, the HFM operated at Station Street from at least 1977 (when it registered with the state) until moving to the Bathing Beach parking lot during Greenbush commuter rail construction, but Cullings said a version of the market operated from the Station Street parking lot for many years prior to that time. 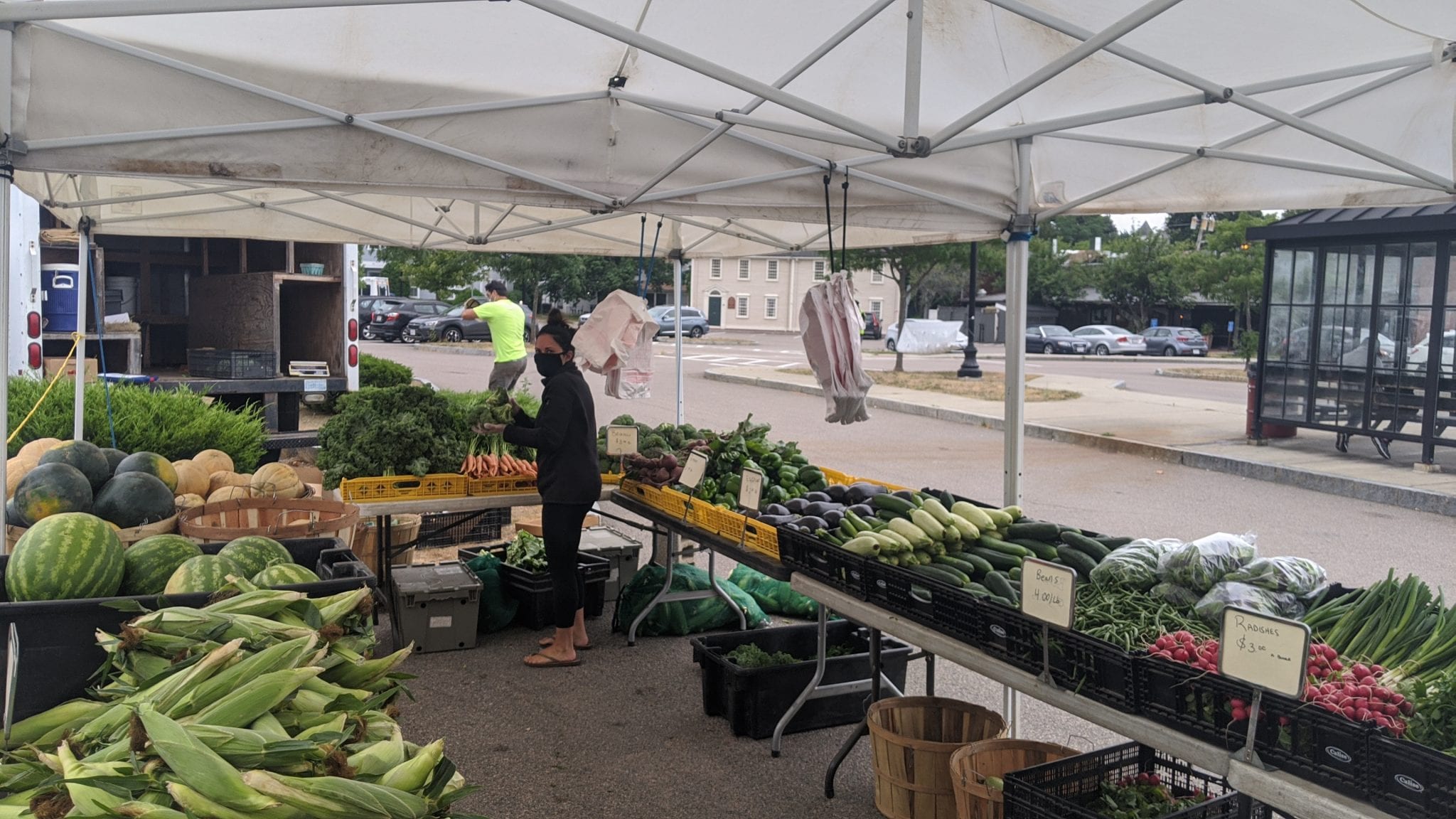 Farmers’ markets are more than community festivals, and that was made clear last year as the governor declared markets like Hingham’s to be “essential services," Cullings noted. "There was concern during the early weeks of the pandemic about threats to the nation’s food chain. Farmers’ markets suddenly became more important since they provide a simpler and shorter path between producer and customer."

The market did conduct a successful season in 2020 beginning in May with a pre-order and drive-thru market. When restrictions began to ease,  a larger, walk-thru market that complied with Covid guidelines for public gatherings was possible.

While the move back to Station Street was envisioned as temporary, HFM organizers have found the experience there to be very positive. "While not offering as much space, its ease of access and parking along with its proximity to Downtown Hingham are often mentioned by market customers," Cullings said. 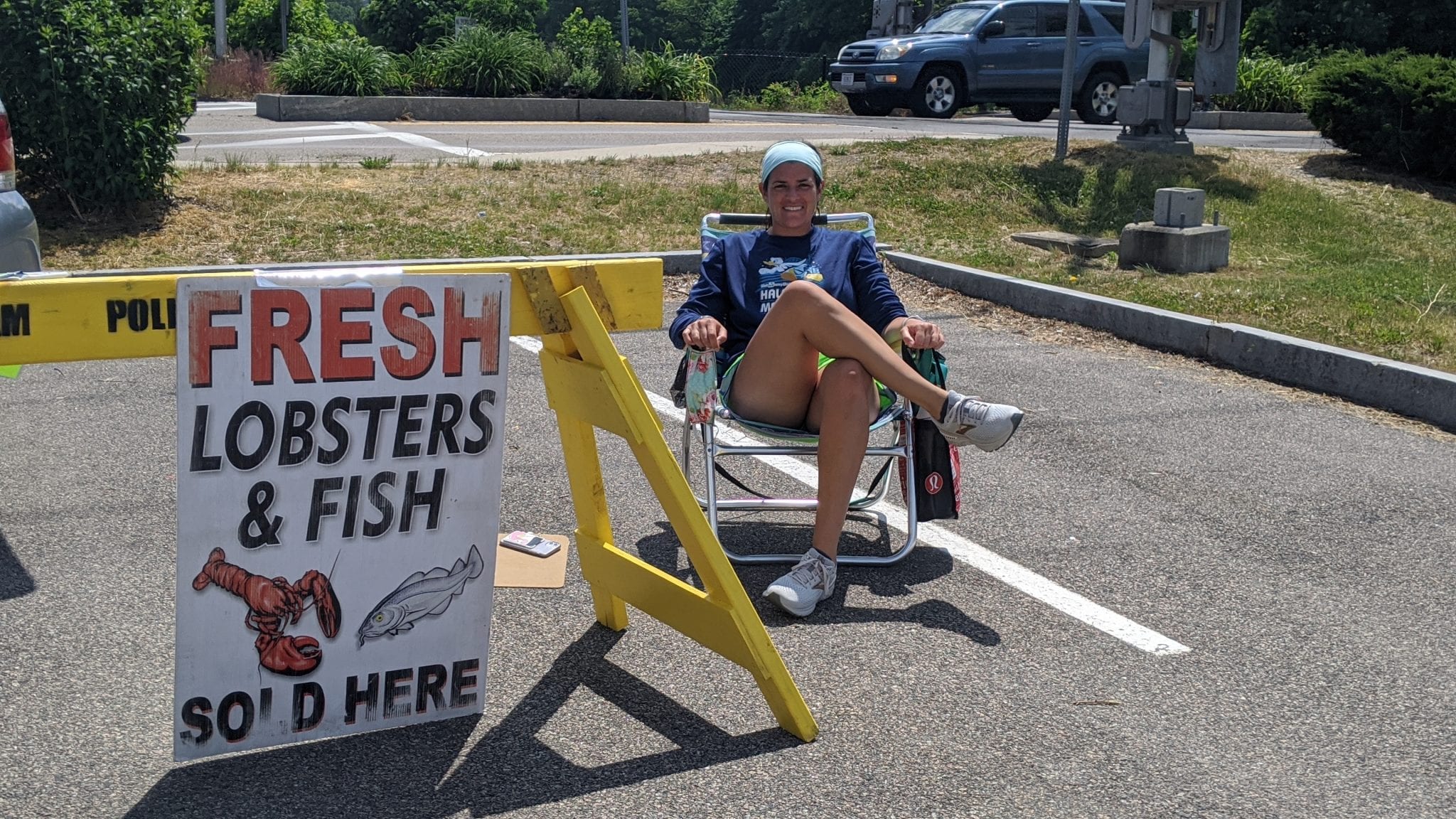 There was considerable uncertainty about COVID rules as the 2021 market plans began to develop,  and the HFM again requested permission to operate at the Station Street location. "We applied for and were granted the Special Permit required by the Town’s Zoning By-law and permission to open under the same rules as had applied in 2020 and to expand the market when those rules were eased or eliminated," which turned out to be the case, Cullings told the Hingham Anchor after the meeting.

Both vendors and market patrons benefit from the market and like the current location. "Customers find products they plan family meals around, and vendors generate revenue streams that in some cases are substantial enough to keep them in business," he said. "We like the idea that we’re returning to the market's  roots."

Cullings was applauded for his efforts and leadership of the market over 15 years, but he was quick to share the accolades. "It's a team effort involving a lot of people," he said.

For more information about the HFM, visit hinghamfarmersmarket.org.