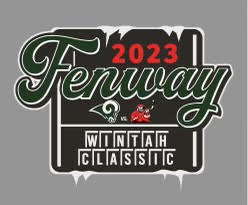 The year ended with the Harbormen and Rams facing off in a hard fought battle that ended in a 1-1 tie.  The game was used as a fundraiser for Hockey Fights Cancer. Both teams donned their customized purple jerseys and helped raise over $31,000 to fight cancer. The two teams will meet up again next Wednesday, not in the confines of Pilgrim, but against the backdrop of the Green Monster.

Tickets for the game at Fenway Park on Wednesday, January 11th by filling out the Google form here.  Tickets are $10 each and money should be Vemmo'd to @Harbomen-Hockey . 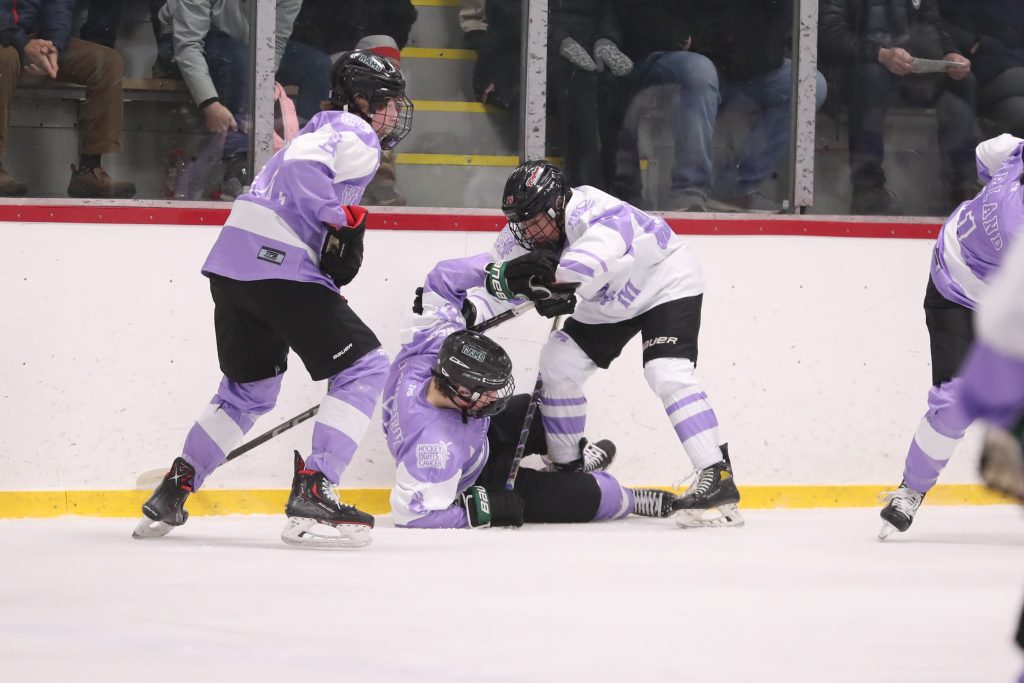 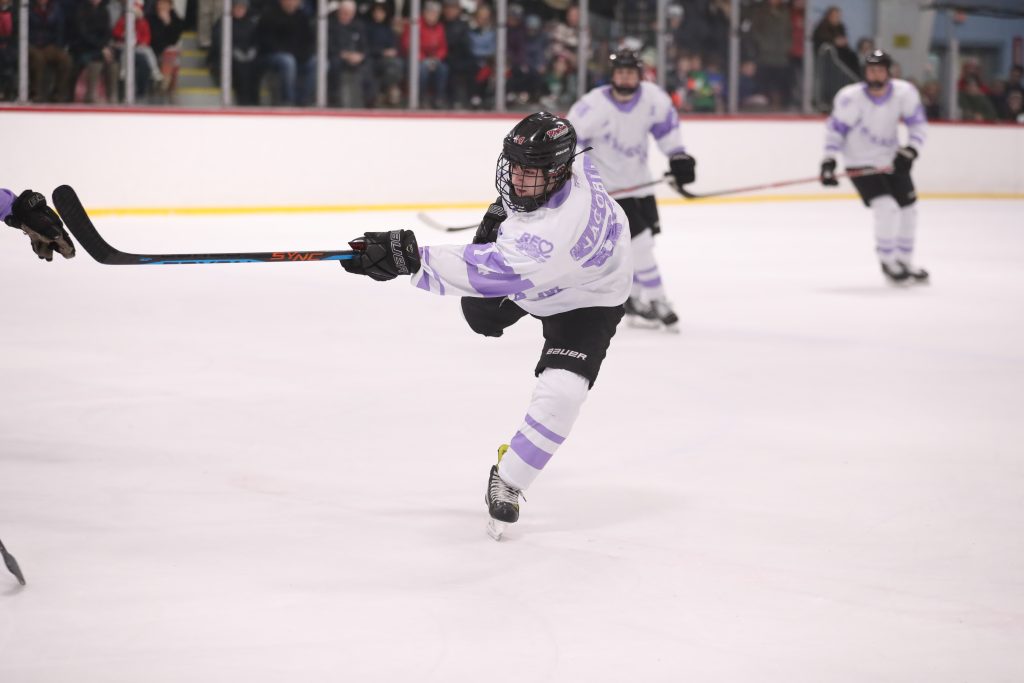 Senior captain Billy Jacobus fires a shot on next from inside the blue line. 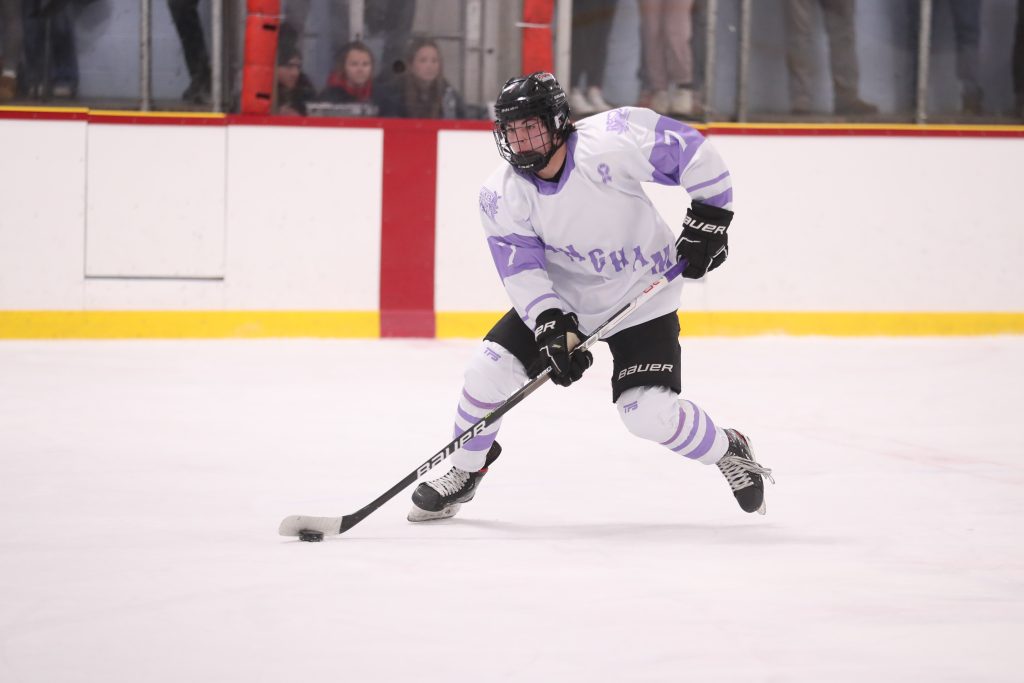 Senior captain Chase McKenna brings the puck up the ice. 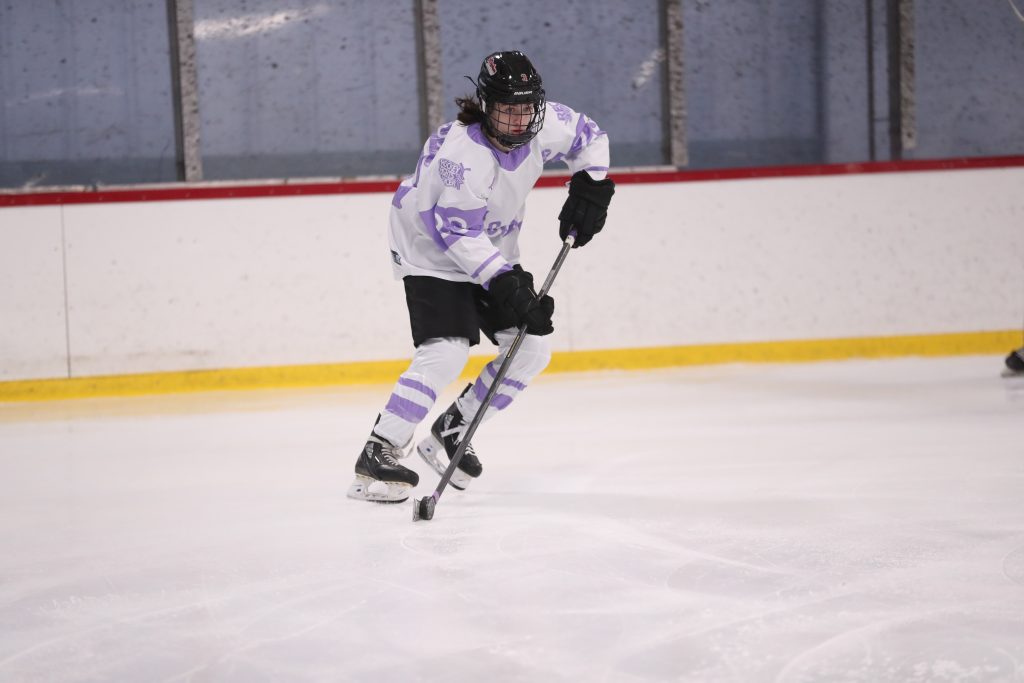 Junior Mason Lemieux looks for an open teammate in the second period. 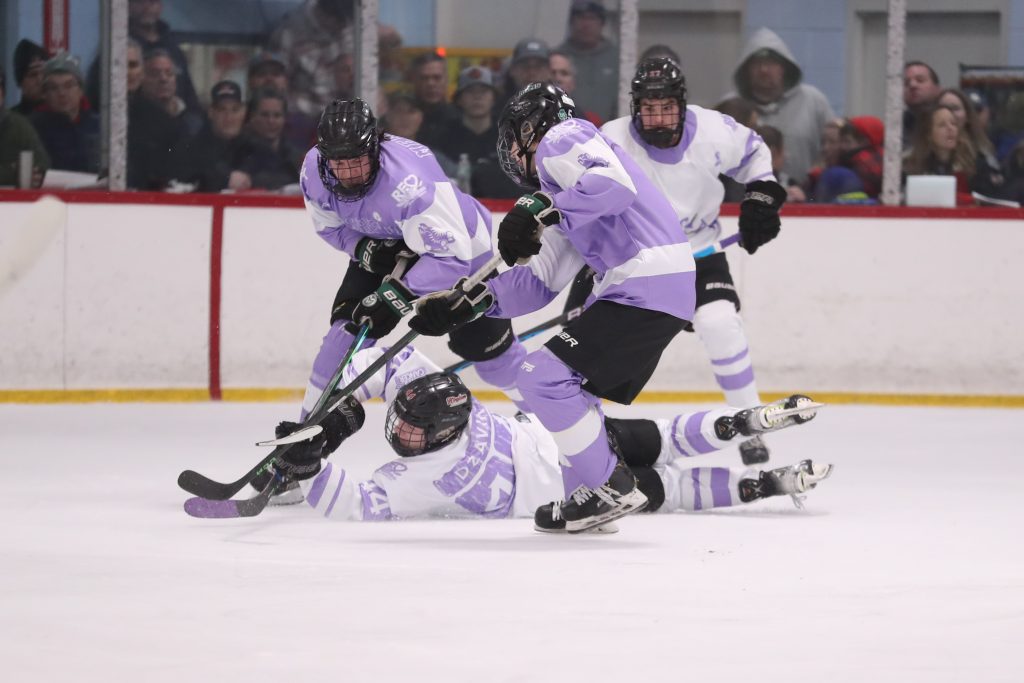 Junior Paul Dzavik lays out to get keep puck position in the offensive end. 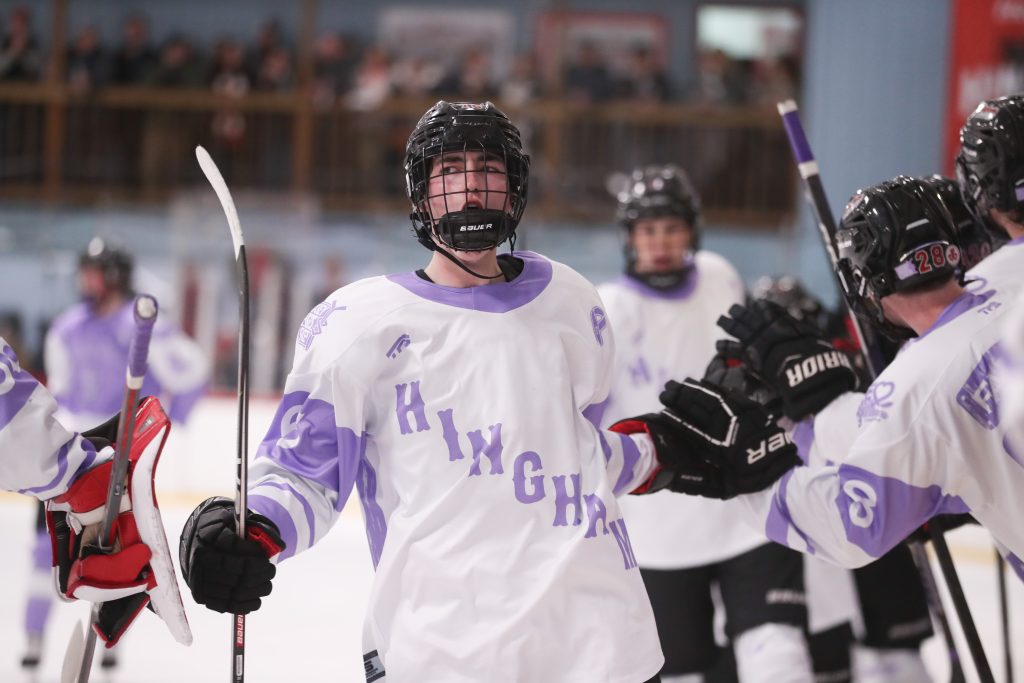 Junior Travis Rugg scores the Harbormen's only goal on a rebound in front of the net. 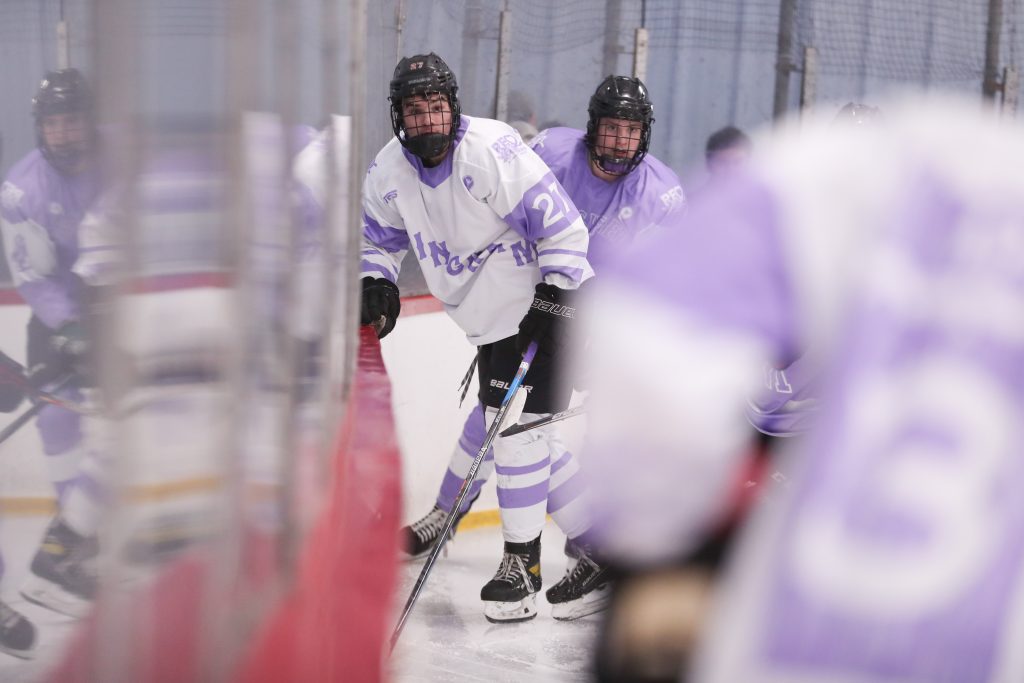 Senior Captain Ace Concannon battles along the boards for a loose puck. 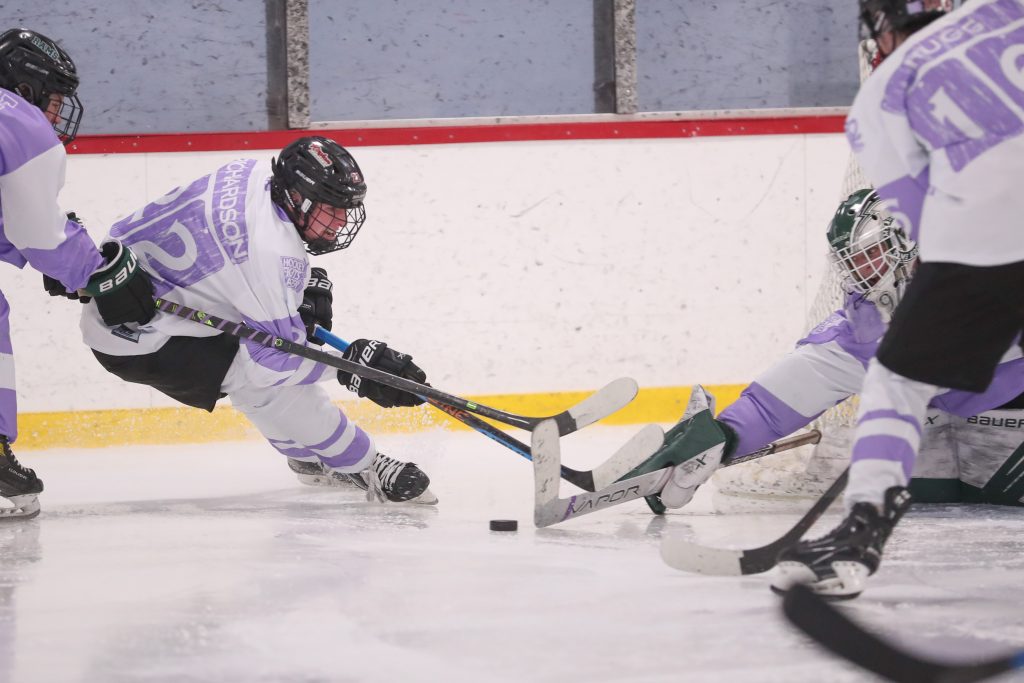 Senior Connor Richardson charges the net for a scoring chance in the second period. 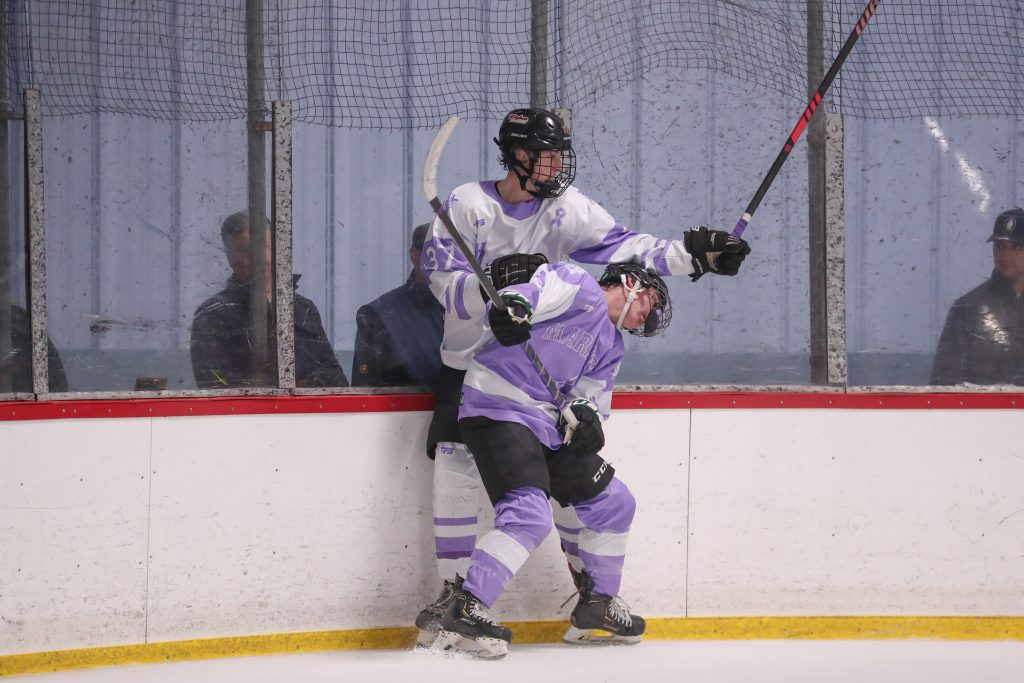