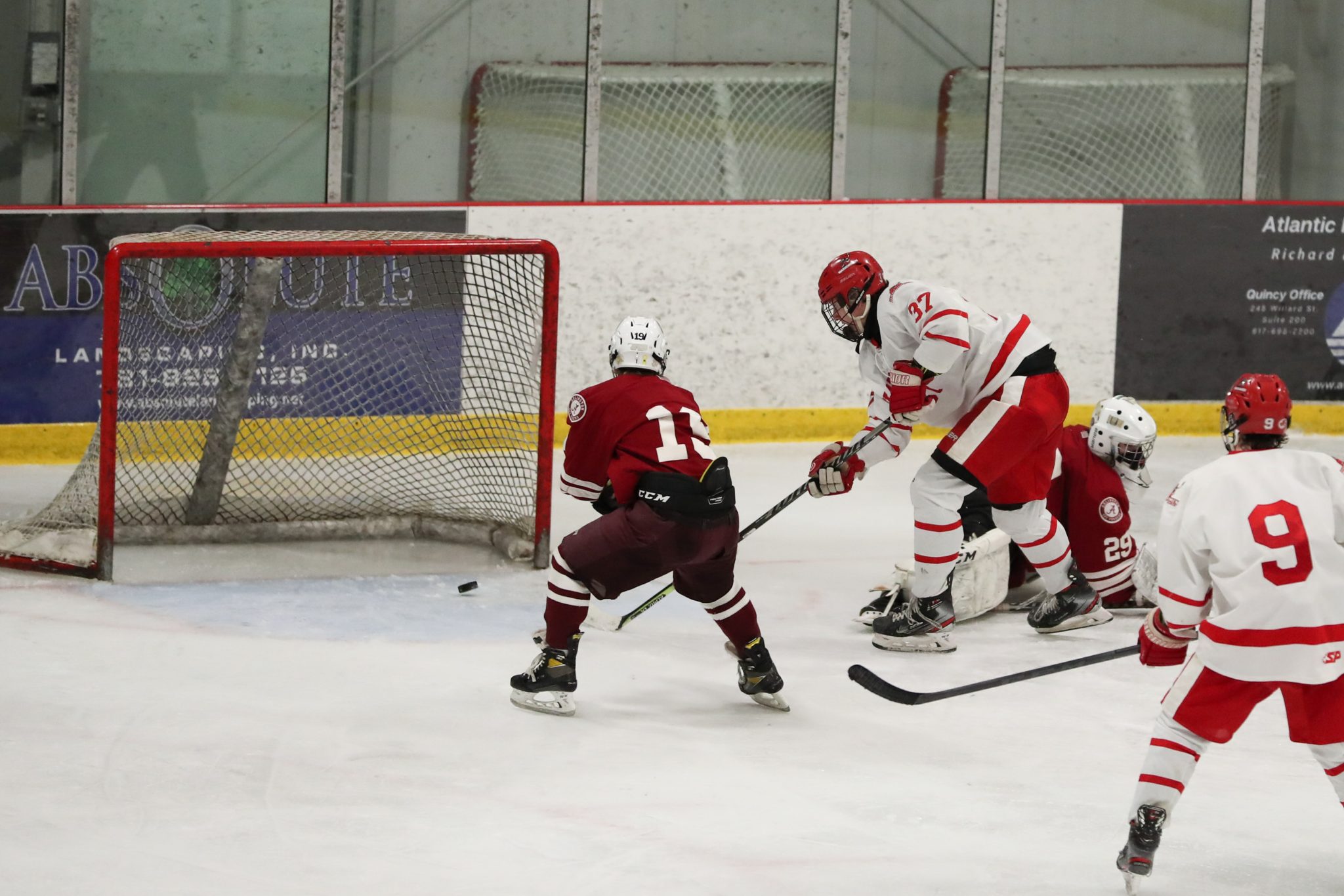 Junior Aidan Brazel ices the game late in the third with his second goal of the contest.

The Harbormen improve to 4-2 on the season after their convincing 4-1 win over the third ranked Arlington Spy Ponders.  The Sunday afternoon game featured two of top independent teams in the state.  The Harbormen were looking to build on their 5-0 win against St. Johns Shrewsbury last week.

The Spy Ponders jumped out to an early first quarter lead on a power play goal, but senior captain Drew Carleton tied it up on a shot from the blue line that found the bottom right corner of the net just past the goalie's outstretched leg.  The game remained tied until junior Aidan Brazel some how poked the puck past the goalie in a battle in front of the net.  Behind senior goaltender Luke Merian's impressive second quarter, Hingham took the 2-1 lead into the third, where the Harbormen took over.  Junior Billy Jacobus extended the lead off an outstanding pass from senior Connor Walsh and Brazel put the game away with his second of the game, and team leading fifth on the season, on a pretty move to get around the goalie to tap it in the wide open net.

Like almost every high school team in every sport, the Harbormen are just trying to find some rhythm and consistency as they hit the heart of their season.

"This one was huge," Carleton said after the game. "We are starting to find our rhythm.  We had a tough start, a little streaky here and there, but we are really starting to get things going.  It feels good.  That was a good one."

One of things that's sparked winning is the defense's ability to score, as well as shut down their opponent.

"Bob (Falvey) always find a way, he's a clutch performer," he says of his fellow captain and defensemen.  "I get some lucky goals here and there from the red line.  It's happened before.  We've been scoring a lot, trying to get up on the rush more and trying to be part of the offense. "

The boys were supposed to take on Framingham tonight, but that has been postponed due to Framingham's two week sports hiatis. They will be playing Catholic Memorial tomorrow night at Babson College, a game that has already been resecheduled twice. 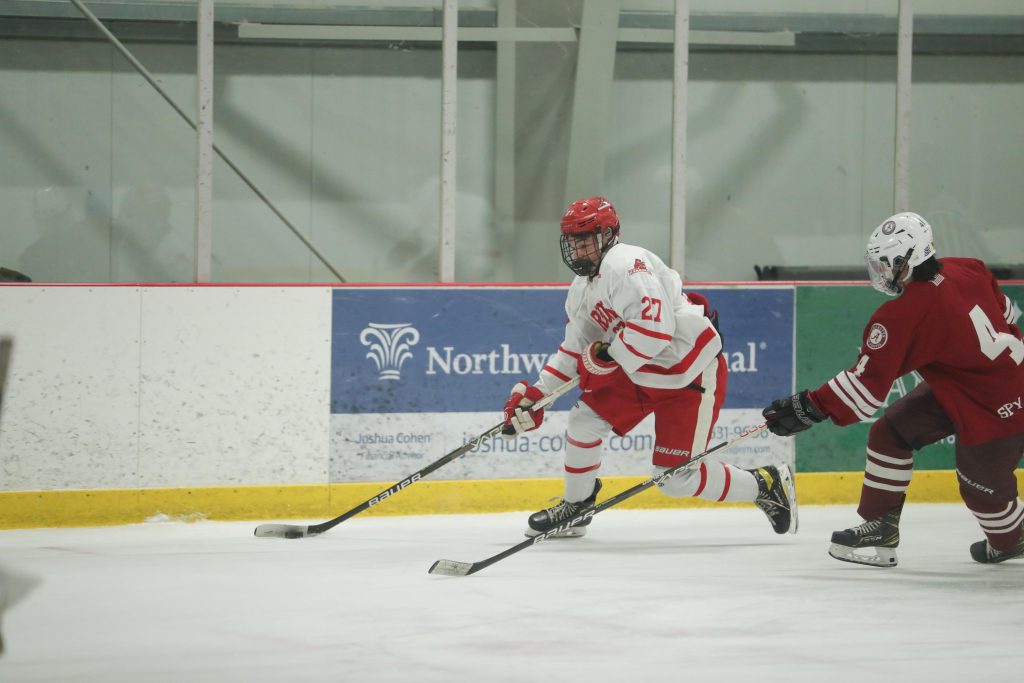 Junior Ace Concannon takes the puck up the boards around a defender in the opening minutes. 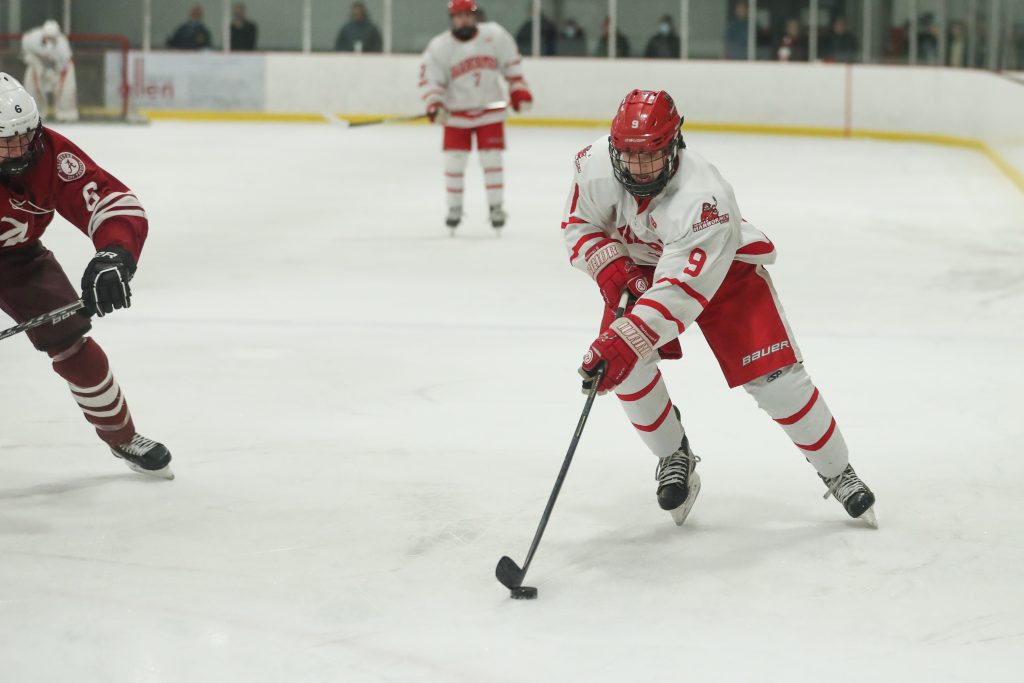 Senior captain Sean Garrity brings the puck over the blue line before taking a shot. 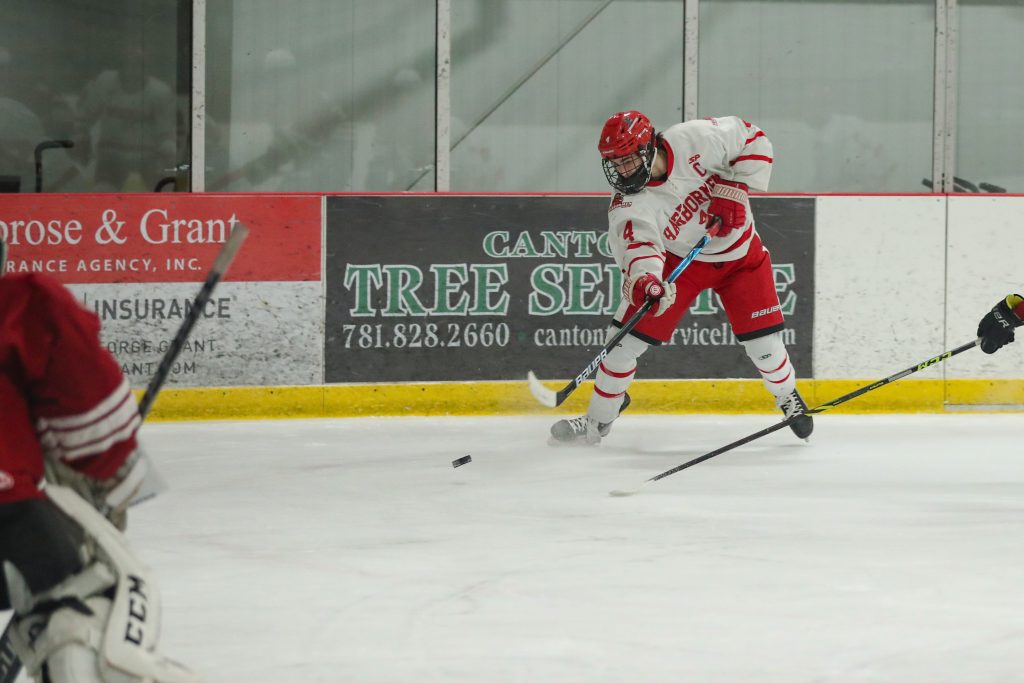 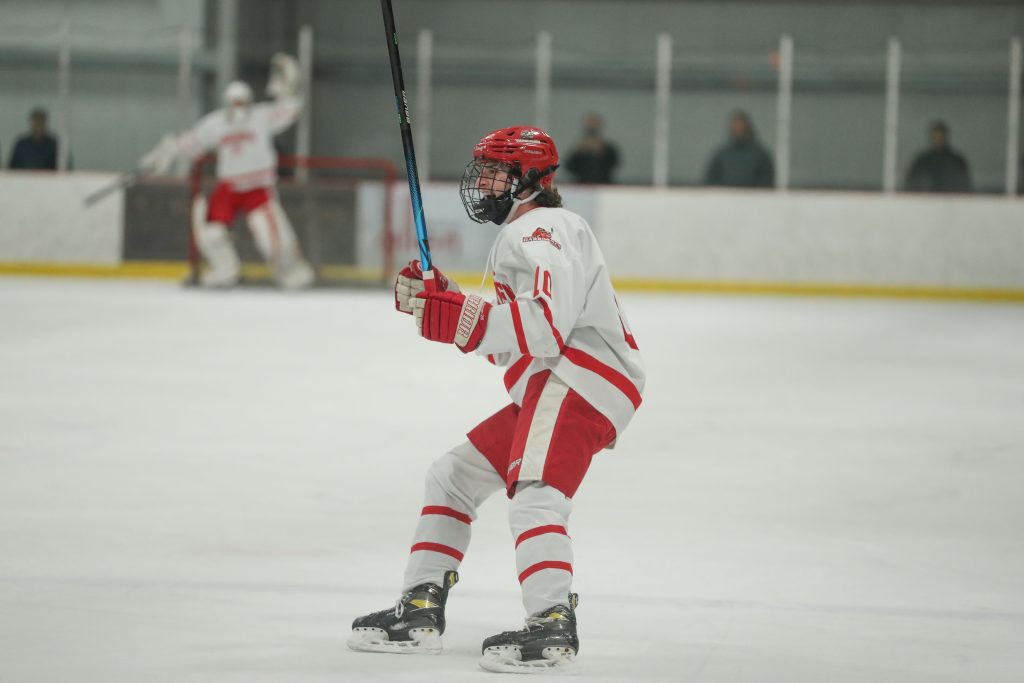 Junior Aidan Brazel chases down a puck late in the first. 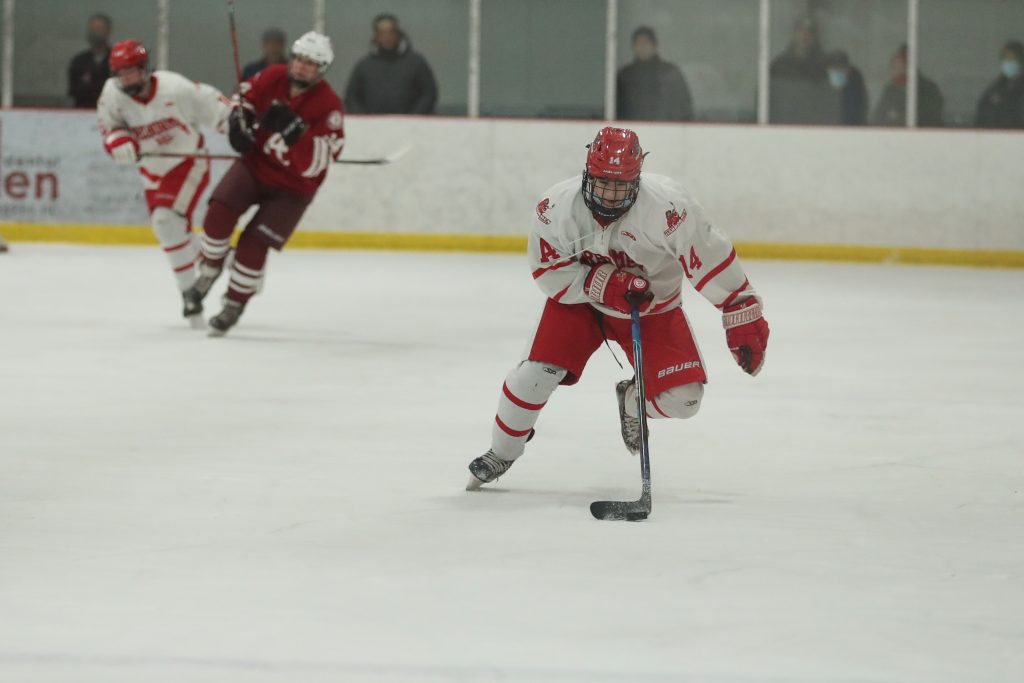 Junior Billy Jacobus looking for one more chance before the period ends. 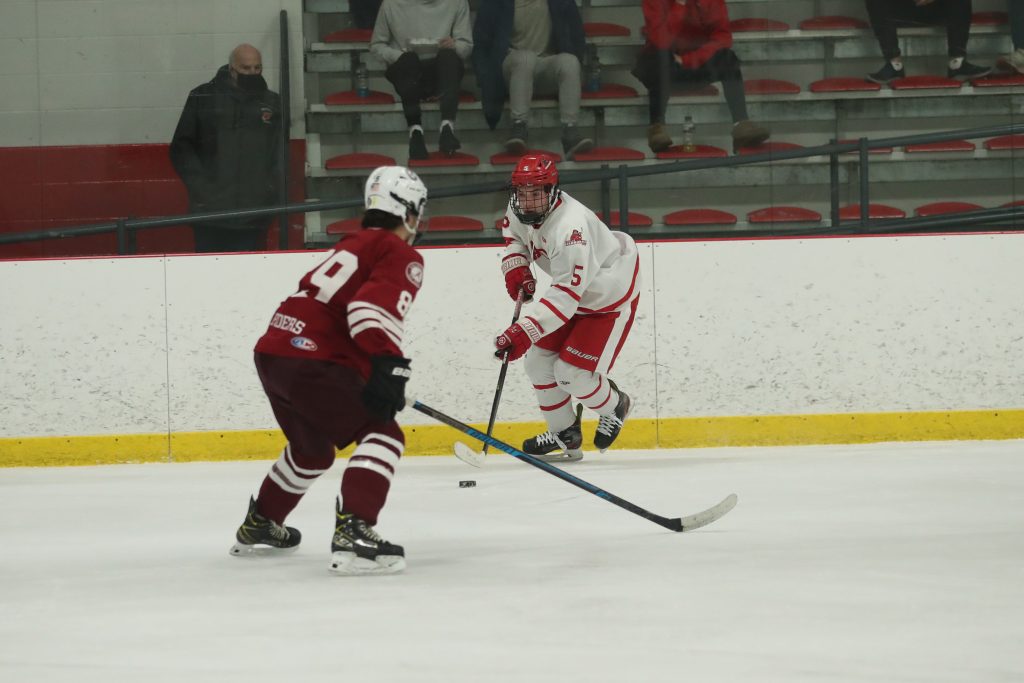 Senior Ryan Burns carries the puck into the Arlington zone looking for a teammate. 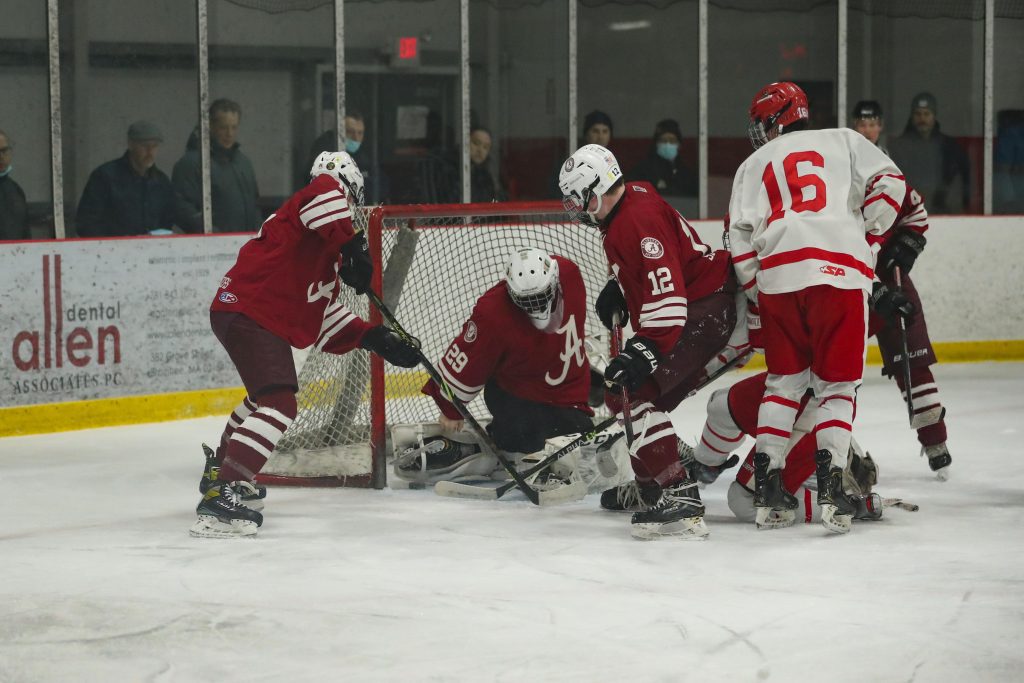 Junior Aidan Brazel gets his stick on the puck, which ends up in the back of the net. 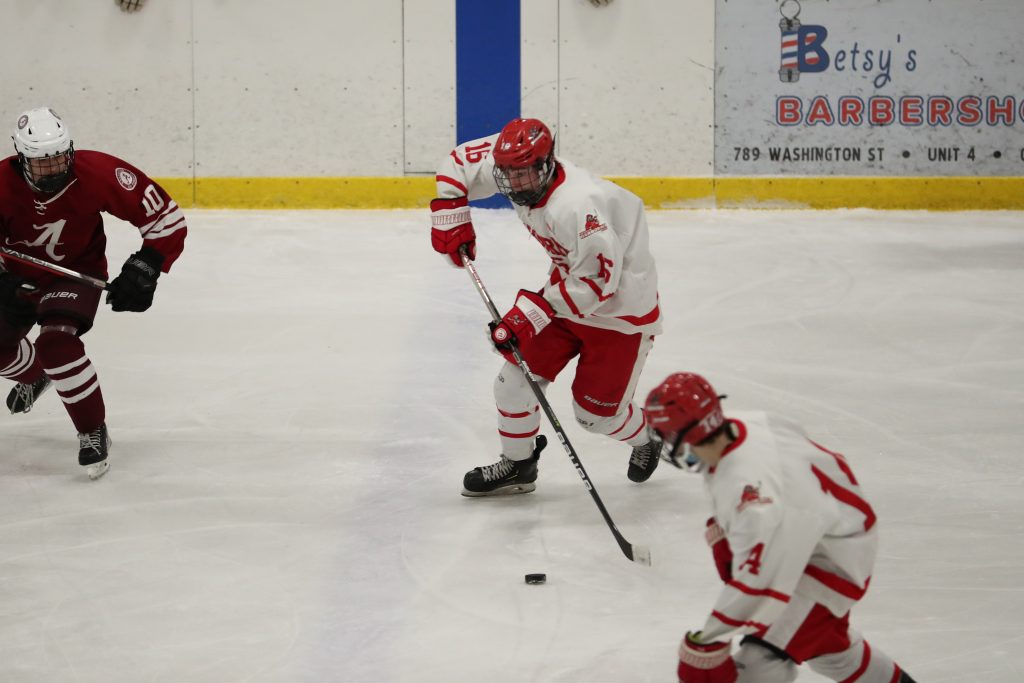 Sophomore Travis Rugg clears the puck out of his end late in the game. 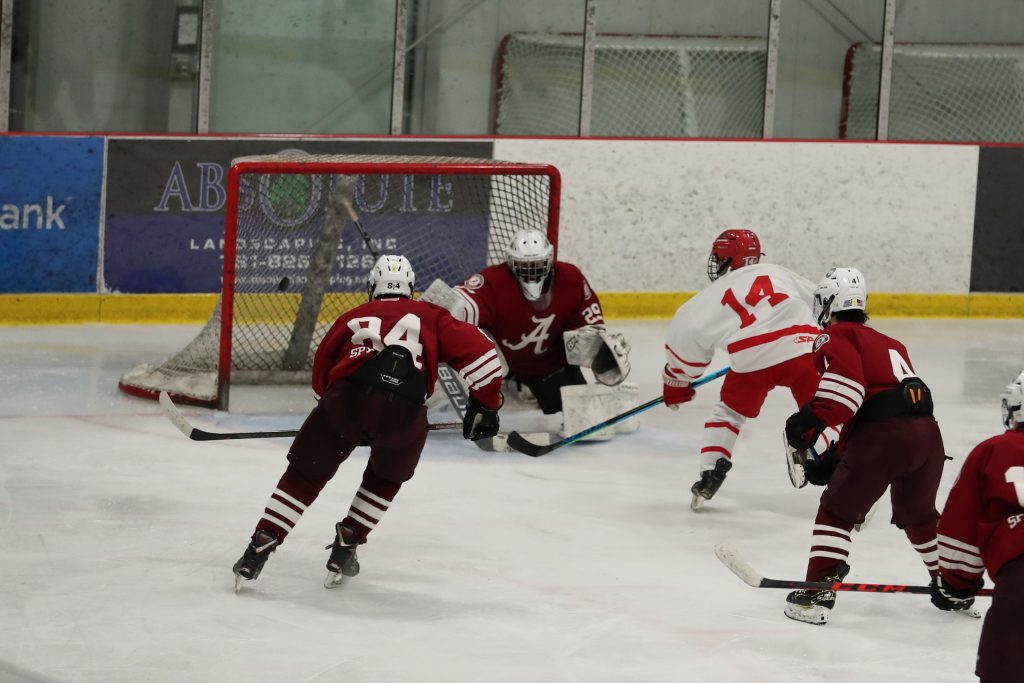