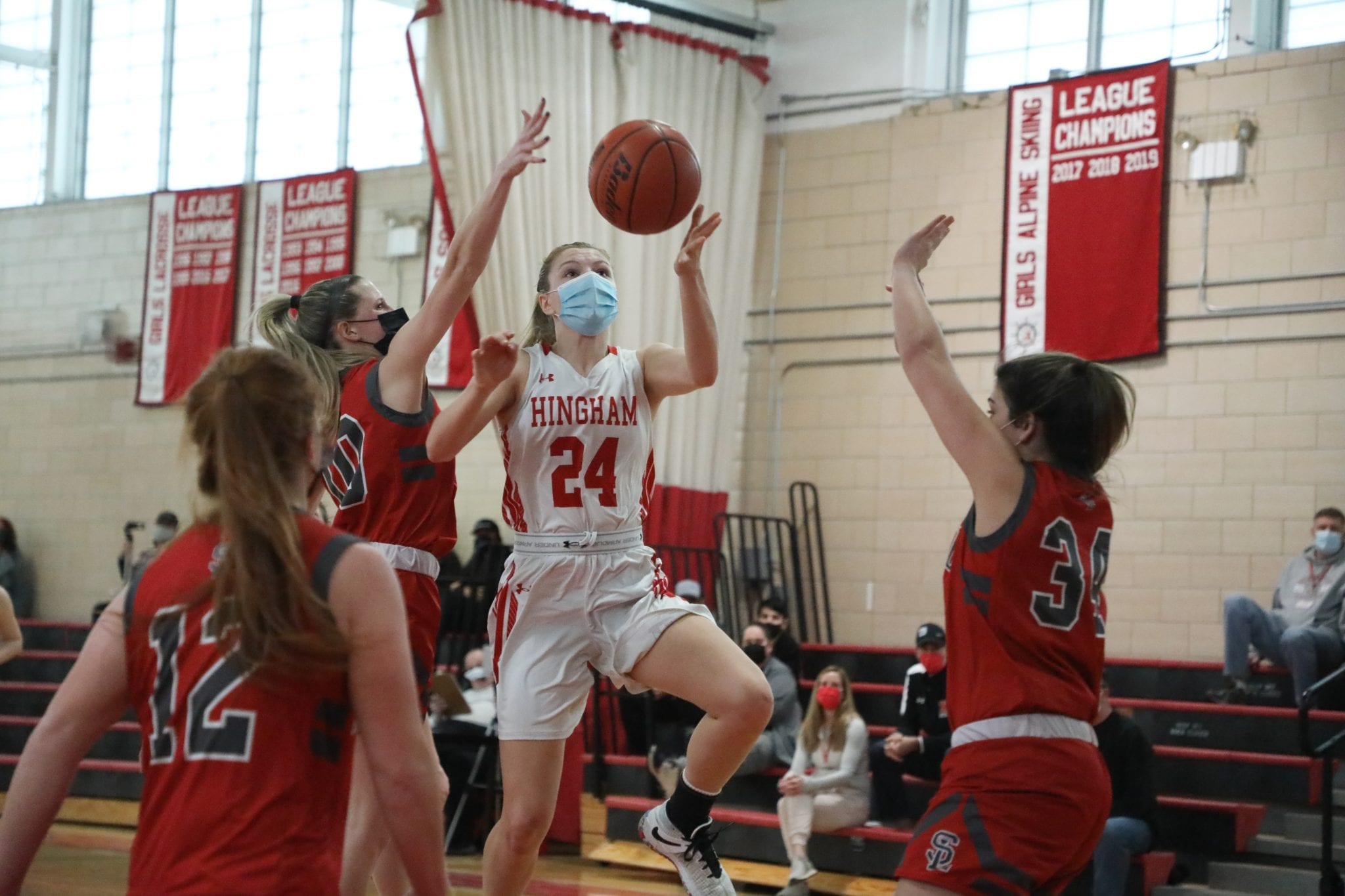 Junior captain Perry Blasetti drives to the basket and gets fouled in the first quarter.

Sunday’s girls basketball contest was the last home game for the season.  They wanted to make sure it wasn’t the last of the year as well.  The suspense lasted about three minutes into the game before we knew the outcome.  The Harborwomen jumped out to 13-0 lead and never looked back.  Senior captain Abbey Foley was making sure this wasn’t her last game in a Hingham uniform.  She buried two three’s on consecutive shots.  Junior captain Perry Blasetti also hit two three’s.

Hingham’s game this year hasn’t relied on the outside shot, but it was working for them in the first quarter.

“They came out in a 1-3-1 (defense) and so once we got into our triangle offense it left our shoots open.  They weren’t coming out to the top of the key,” says Head Coach Eugene Buczynski.  “We have girls that can shoot. Usually they are contested.  Uncontested shots, we are going to make a good percentage of those.

“We just took what the defense gave us,” junior captain Caroline Connolly said.  “When they packed it in, we just took advantage of that.

Pembroke did adjust in the second quarter coming out to cover the shooters a bit more which left the inside open.  Connolly and junior captain Perry Blasetti started driving to the basket making easy baskets under the rim.

“We’ve been talking inside out the whole season or outside in, which ever one we get,” Buczynski went on to say. “Tonight was outside, then the inside opened up.  That’s really what you want to have happen.”

Whatever they were doing worked.  They took a 20 point lead into halftime.  In the second half, Coach B got to utilize more of his bench, not only giving his starters a rest, but giving some of the players who normally don’t see a lot of playing time some much needed playoff experience.

“We talk about being a complete team,” he added.  “We got hard everyday because you never know when you are going to get an opportunity.  You could see that today.  Silver Lake left their starters in, and the girls who don’t see a lot of playing time were fantastic.”

As the final buzzer sounded, the Harborwomen cruised to a 52-21 victory moving them on to the third round of the Patriot Cup playoffs on Tuesday night in Whitman-Hanson.  The hope is repeat the quick start in the next game to give themselves the best chance to win.

“We came out with a sense of urgency,” Blasetti says. “Once we got each other hyped up, we knew we were going to dominate.” 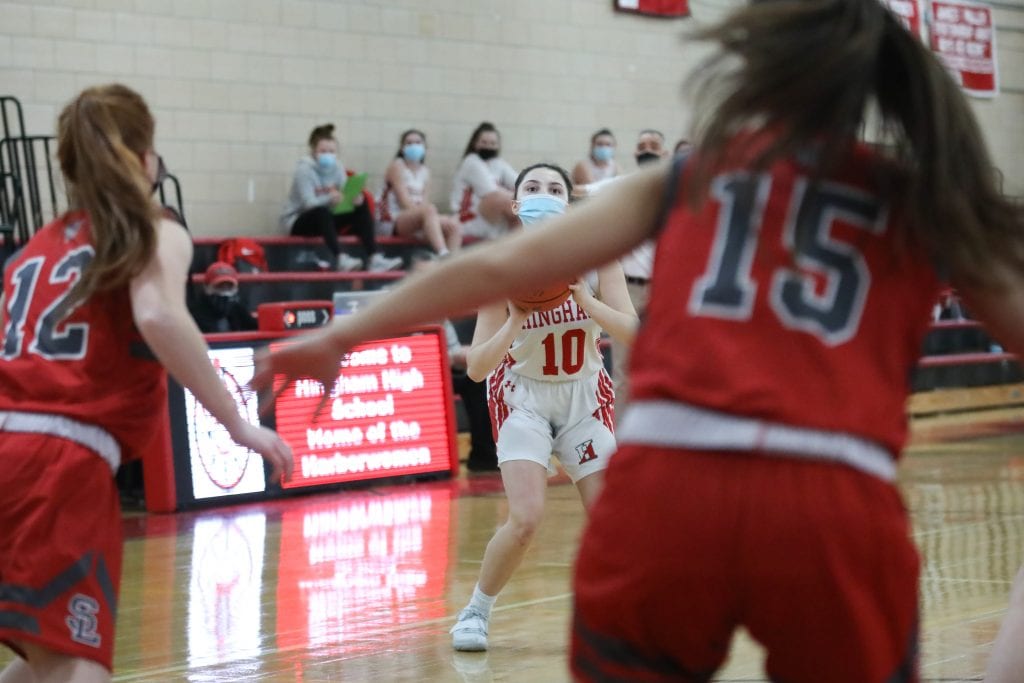 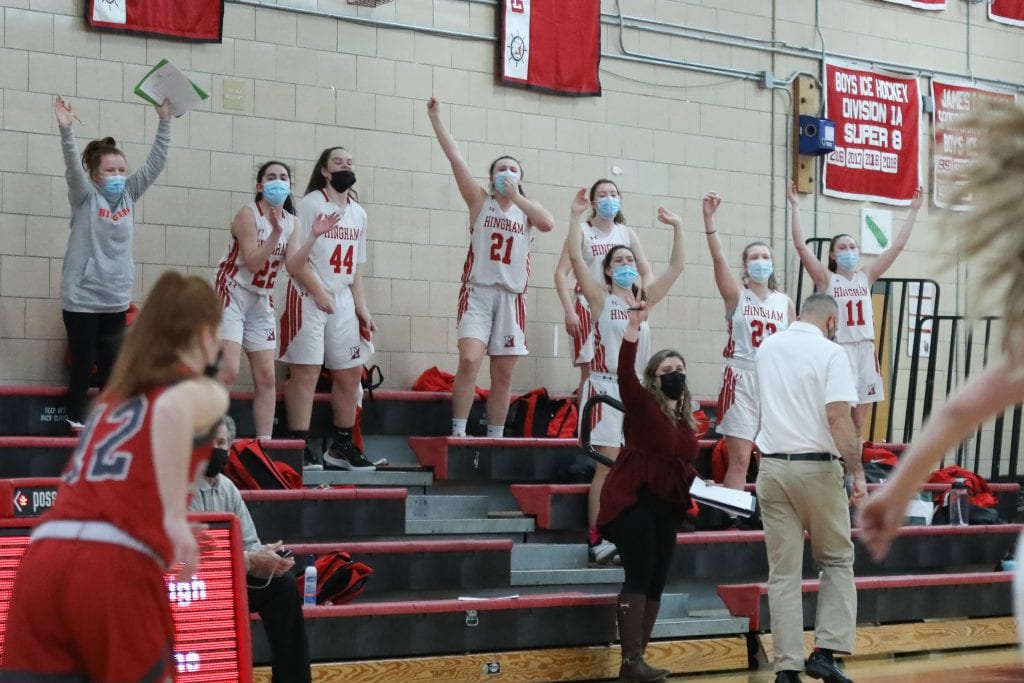 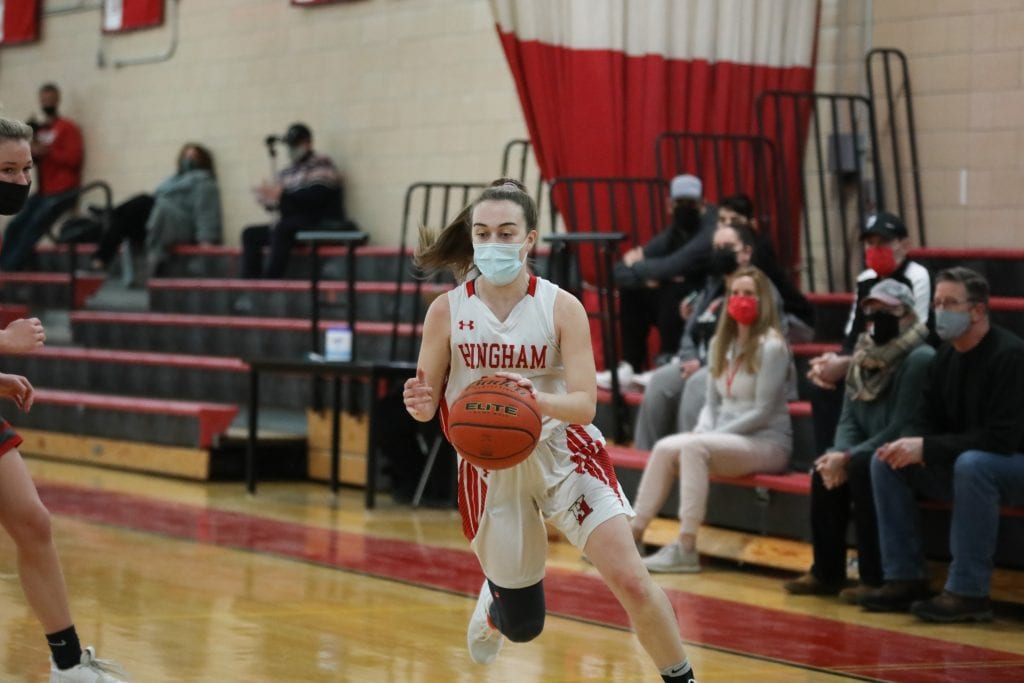 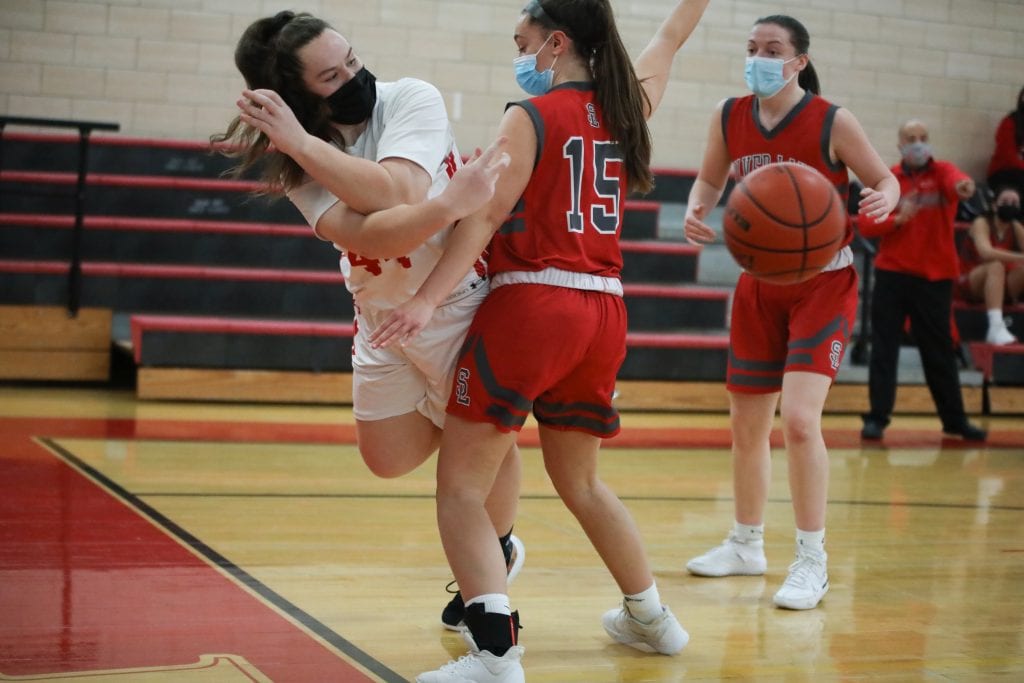 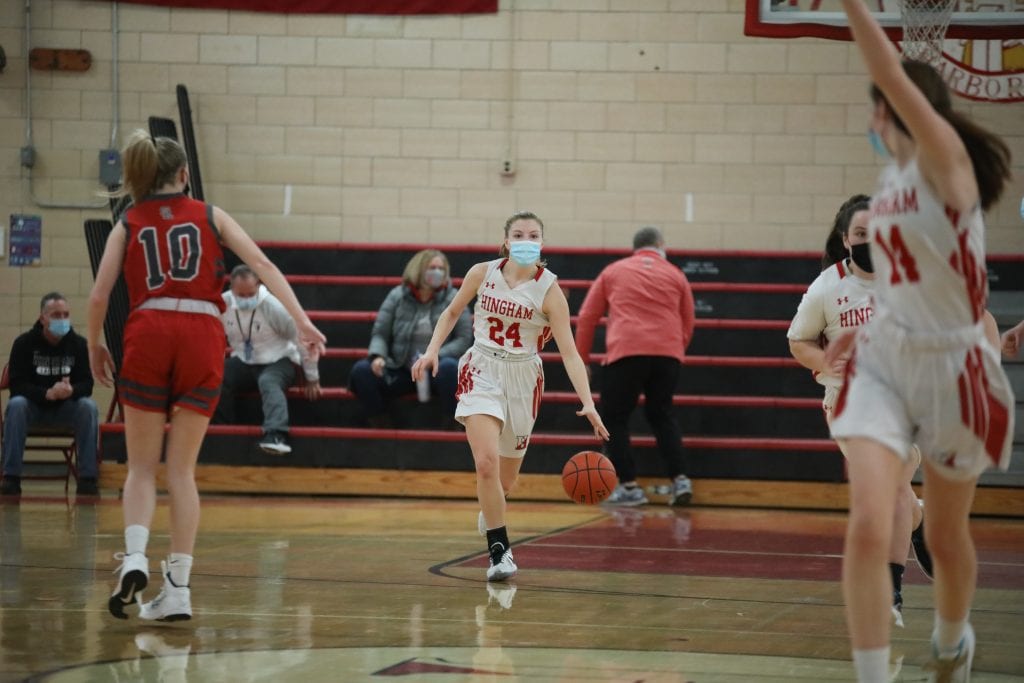 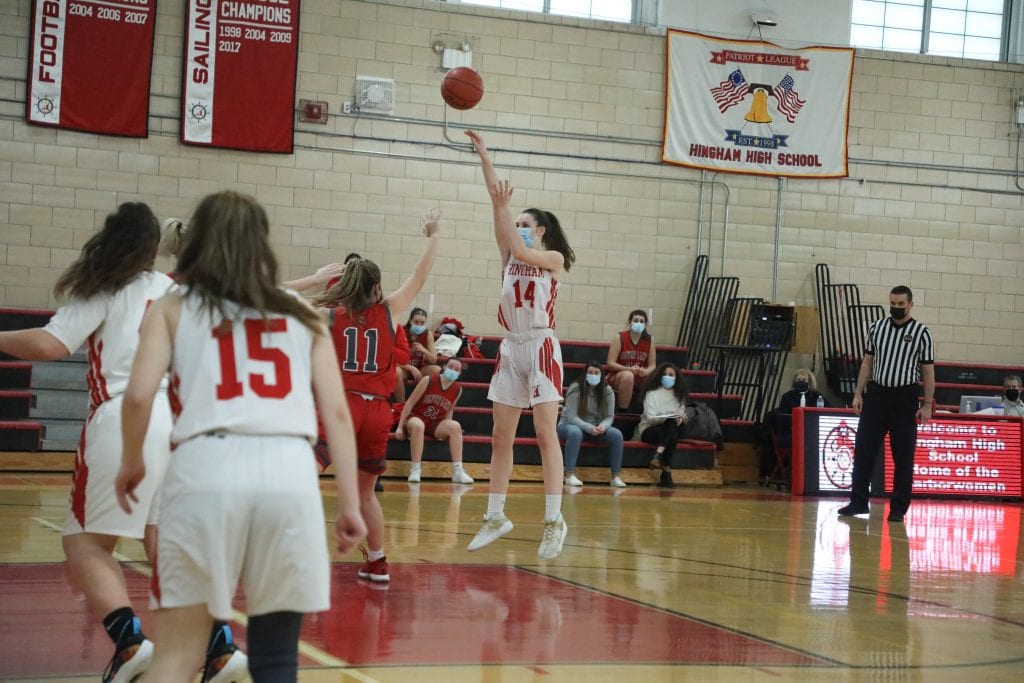 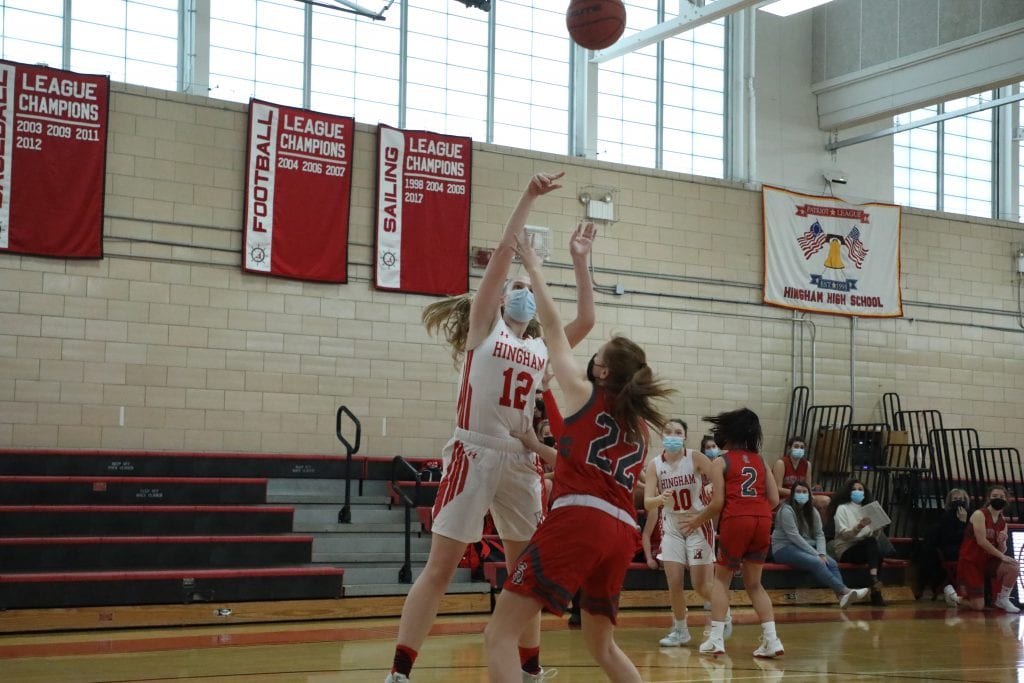 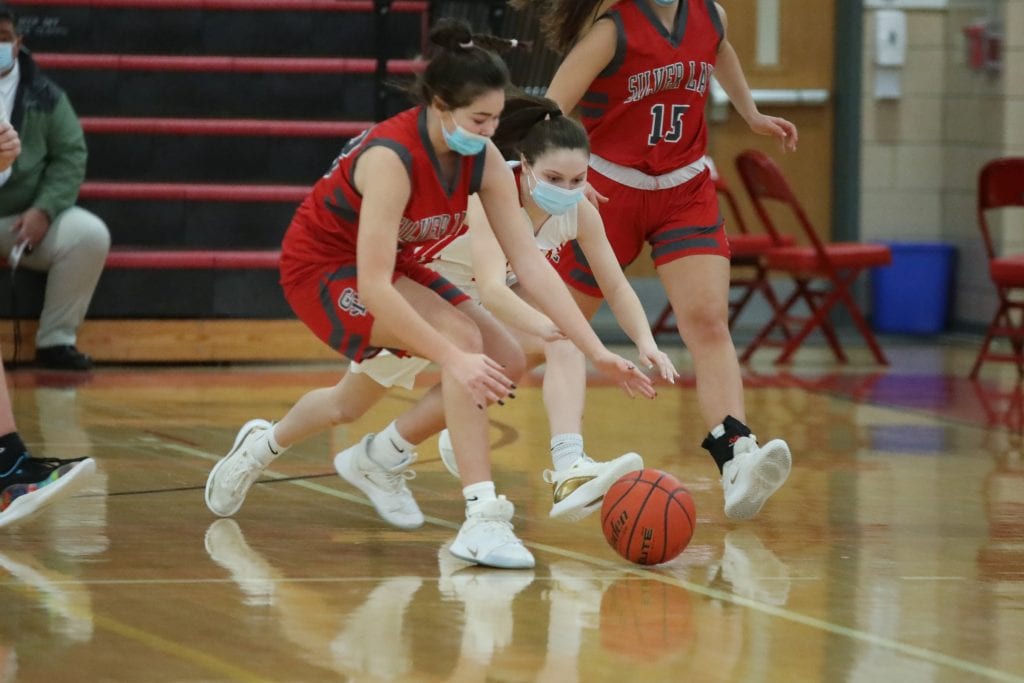 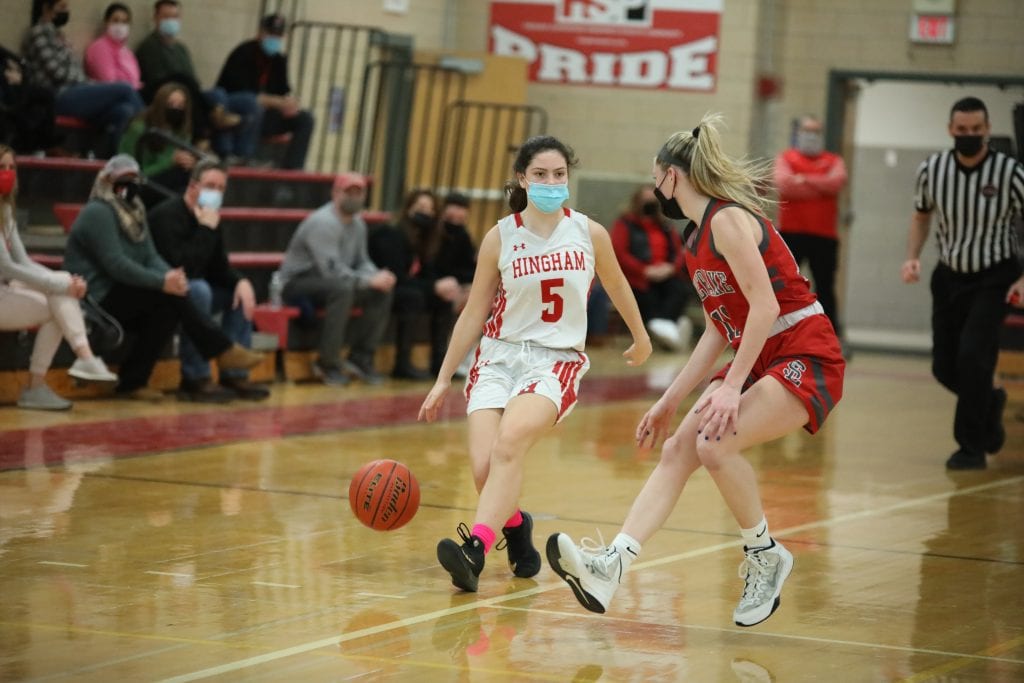 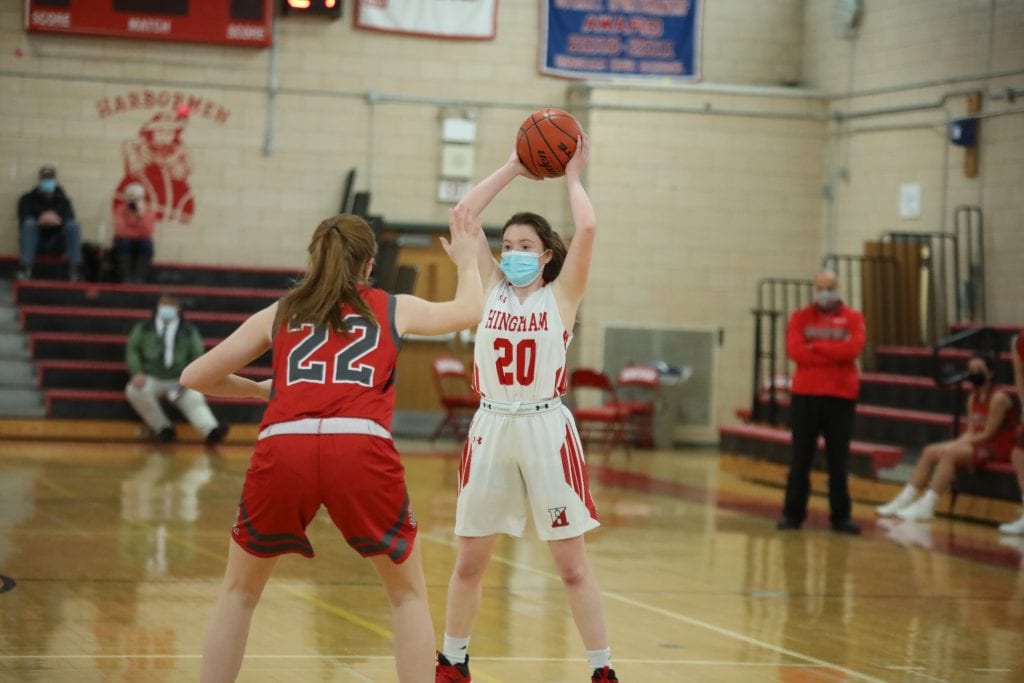 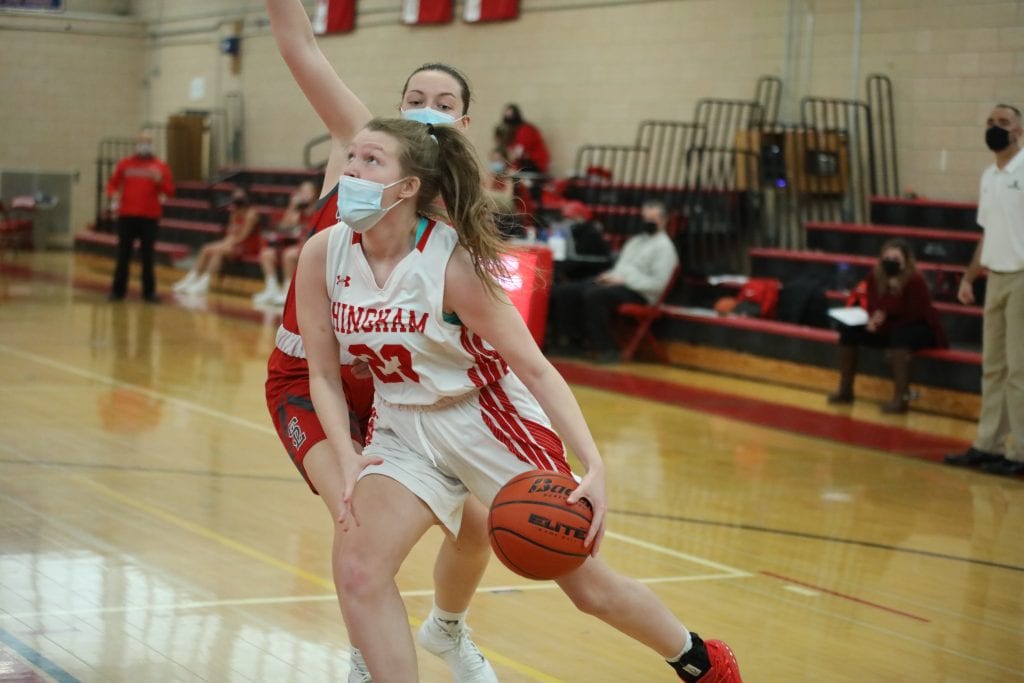 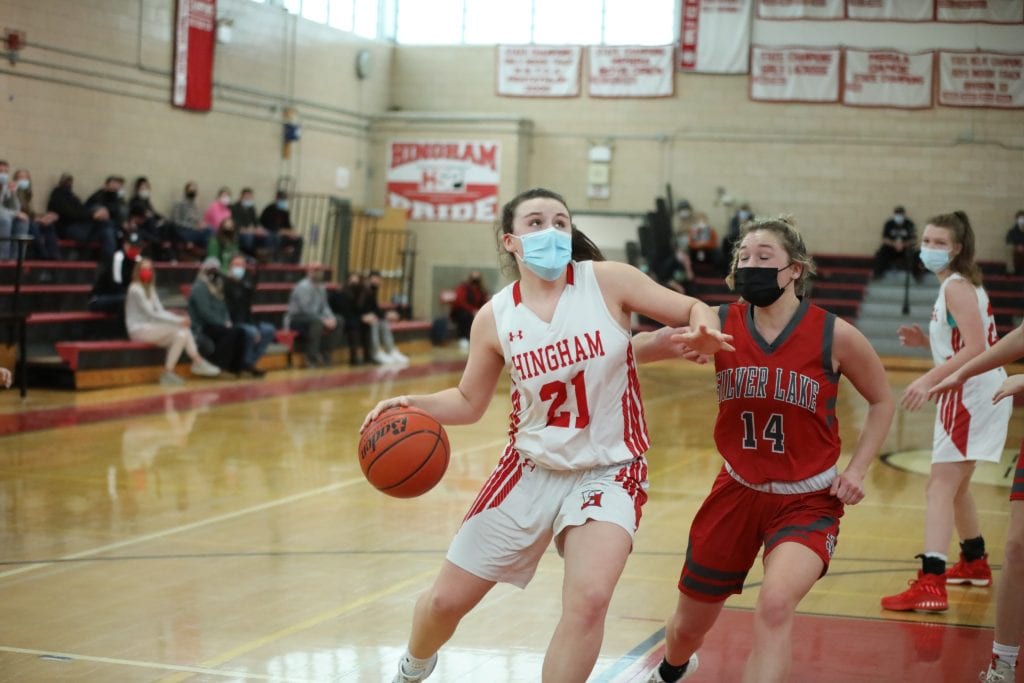