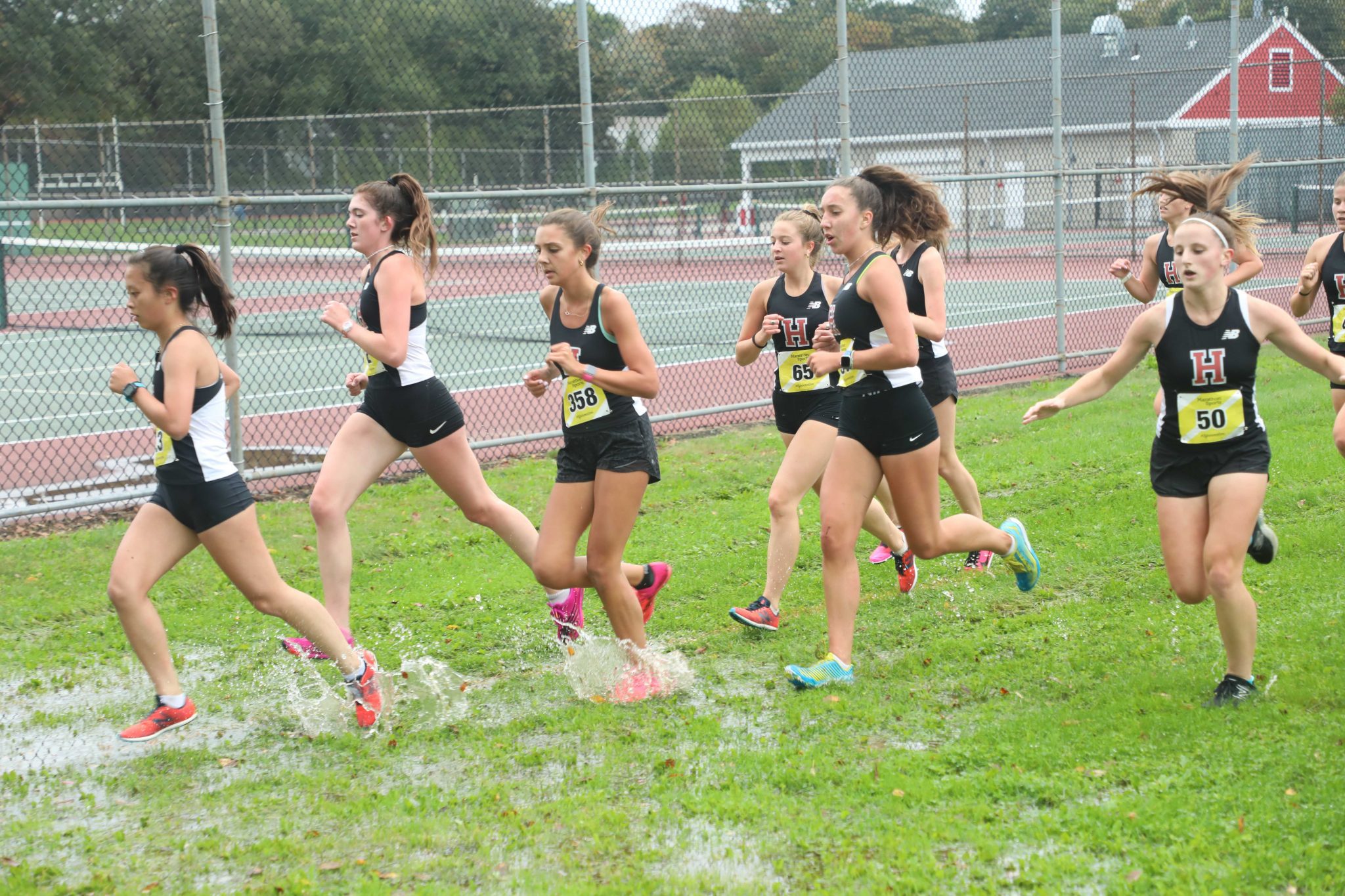 On a mostly dry course, the boys and girls teams win their meets to stay perfect on the season.

Both girls and boys cross country teams move to 4-0 in league competition this year after sweeping yesterday's meets against Whitman-Hanson.

The girls kicked off the afternoon with a 23-38 victory behind freshman star Clare Lowther, who finished almost a minute ahead of the pack.  This was Lowther's first career win after finishing second twice already this year.  Whitman-Hanson runners finished second and third, then the next nine finishers were Harborwomen.

Coming into the season, the girls lost more than few of their top runners, including Pria Parker, Maeve Lowther, and Julia Burm, all who run in college this year.  Taking over the reins are senior captains Delaney Coppola, Tyler O'Connor, Dee O'Donnell, and Willa Davis.  With a team pushing 70 runners, head coach Todd Deely relies on his captains and his three assistant coaches to keep the ship afloat.  The size of the team has not tampered his expectations though.

"We would not be able to handle a roster this size without them," Deely says of his staff and captains earlier in the season.  "Given that Senior Captain Delaney Coppola has been a real leader on the varsity and is having her best season to date, she is the glue that holds the varsity together.  (Sophomore) Sarah Burke, an All-State medalist in Outdoor Track in the 4x800, is really showing that she has taken the "next step" and the Lowther sisters (junior) Margaret  and (freshman) Clare are going to be a huge part of our success this fall. That being said, my goals and expectations are the same as they always are.  We know we are young but we expect to contend for a Patriot League Championship and we expect to be in the running for a trip to all-states.  On a macro level we expect to grow and develop as a family and hope that all 71 girls have a great experience and work hard and enjoy success.  We strive to be one of the best varsity teams in the league and state and at the same time provide a great environment for the majority of our team who won't be competing at those meets.  When #71 has success it means as much at #1."

Deely's team has lived up to expectations so far and will be competing for a league championship next week against Marshfield.  The size of the team has been advantage both internally and externally this season.

"We have a pack of 10 girls who all range within 30 seconds, so we run as a big pack for most of the race, which is super fun and comforting knowing your running with your teammates and everyone there is supporting you and we all kind of finish together, which is nice," says Coppola.  "The teams we have racing are bigger than they have been in previous years, but we are definitely huge compared to everyone else.  I love it that way."

They boys team's is not as big, but is just as successful this season.  The Harbormen are also undeated this year and follwed the girls up yesteday with a win of their own.  Whitman-Hanson's Nathan Tassey edged out senior captain Steve McDougall for the win. Following McDougall were senior captain Tom Shetzline, senior Leo Burm, sophomore Brendan Burm and junior Charlie Donahue to round out the top 6 spots.

With the roster being smaller than normal and also having lost some key seniors like Kevin Ierardi and Sean McKay, the boys were hoping to keep pace with the success of previous teams, which they have done so far.

"My main goal as a captain is to try and bring the team together as much as possible, try and get that energy up, come into every race with that mentality of we're going to win, we're here to win and at the same time be repectful as possible," McDougall tells the Anchor. "But I hope to win it all. Win Patriot League once again."

The boys are in position to do just that.  They will compete for the league championship next week against Marshfield for the title.

Head coach Fred Jewett is happy with where his team is now and how they competed yesterday.

"I thought that we ran very well as a team," Jewett says.  "The course had many large puddles but the kids ran a disciplined pace and that was the key. Nathan Tassey and Steve McDougall ran an extremely fast pace and had excellent times for our course." 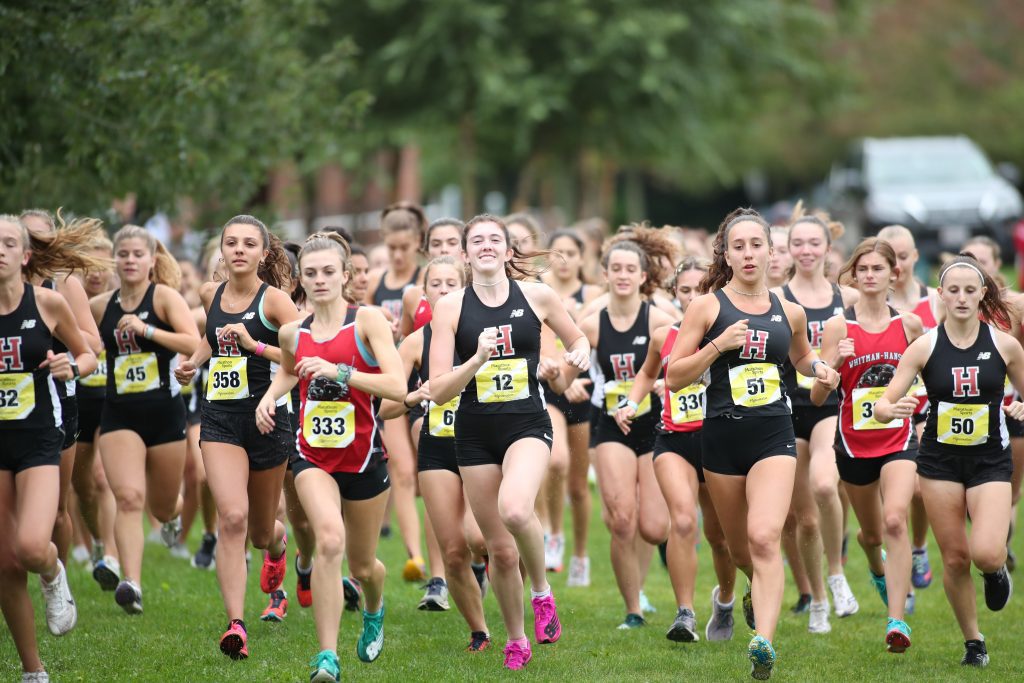 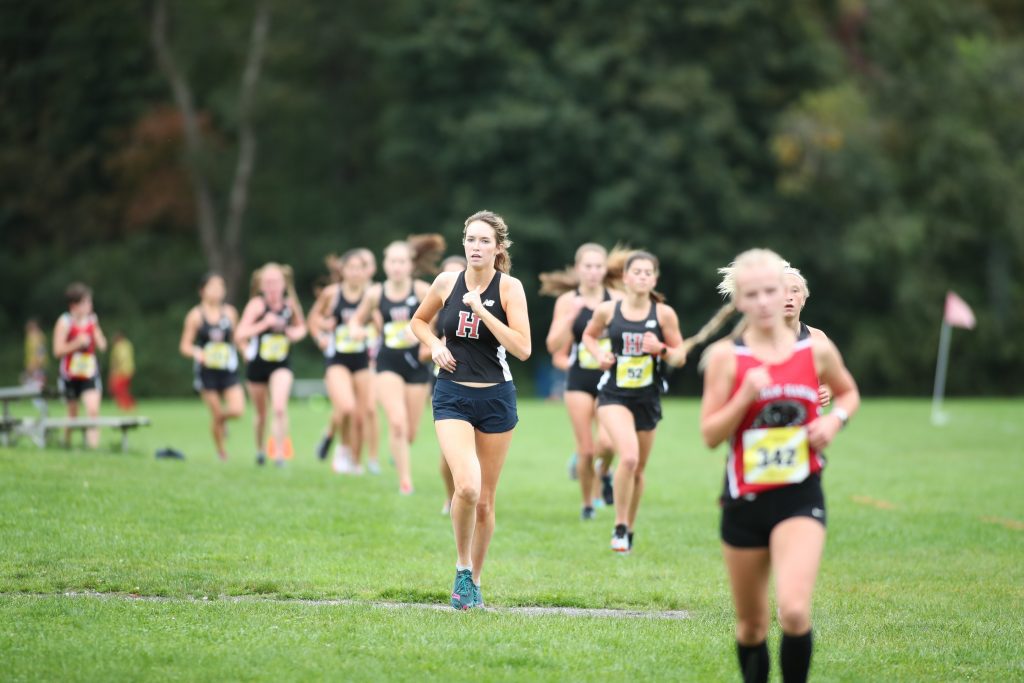 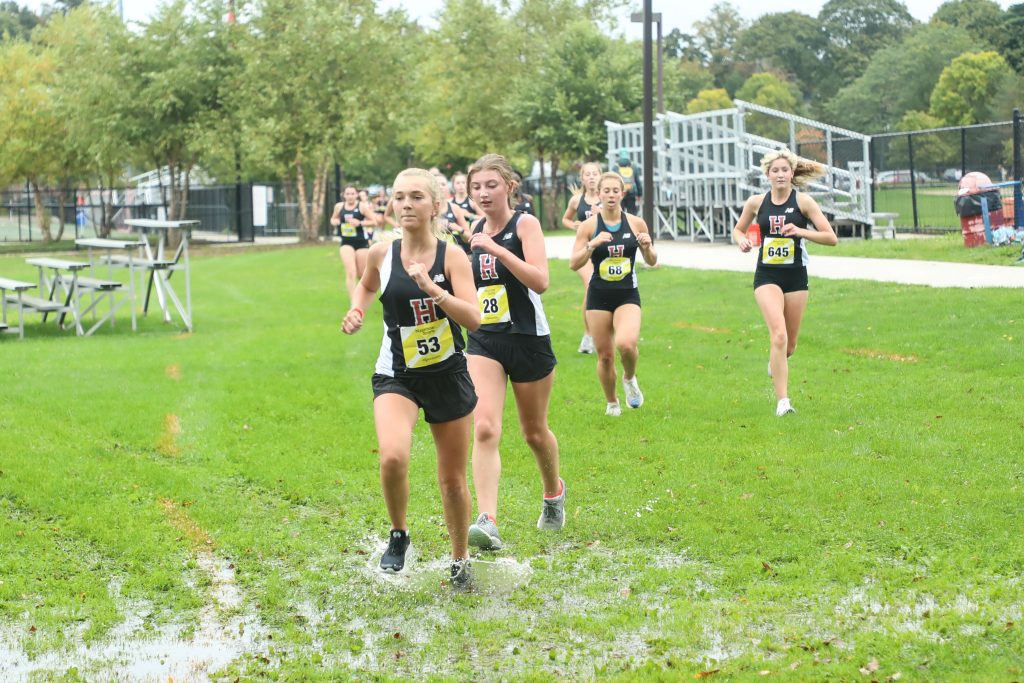 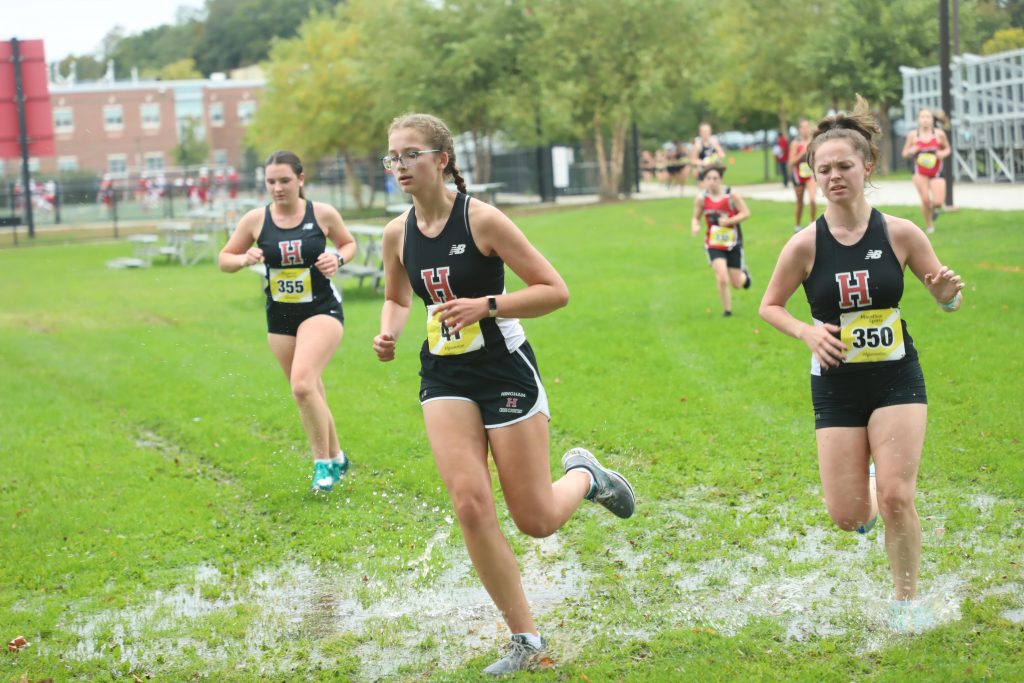 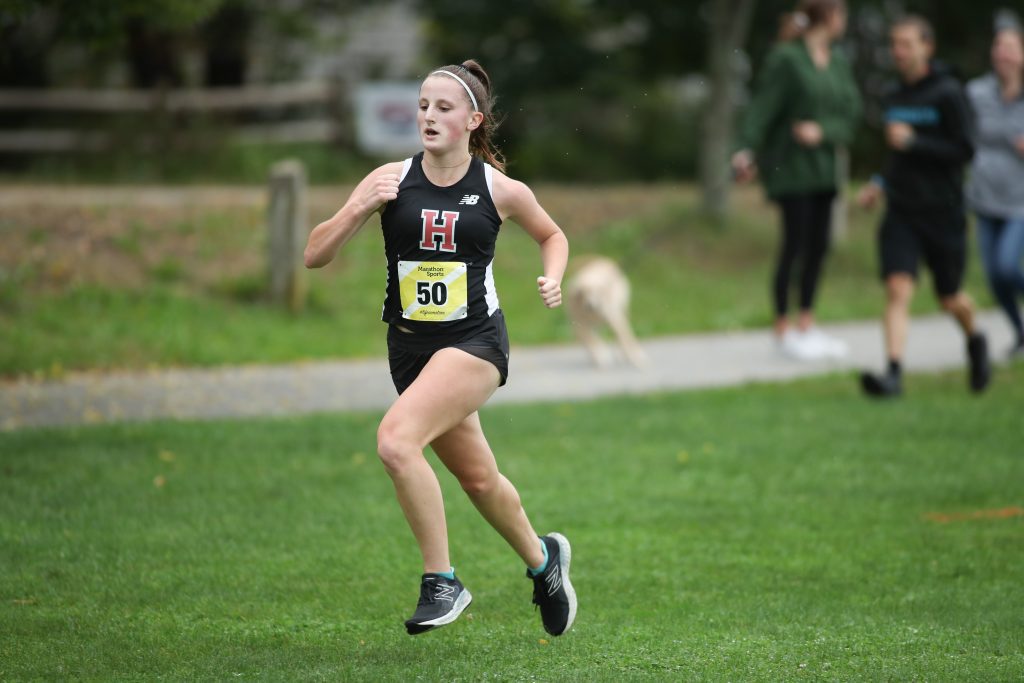 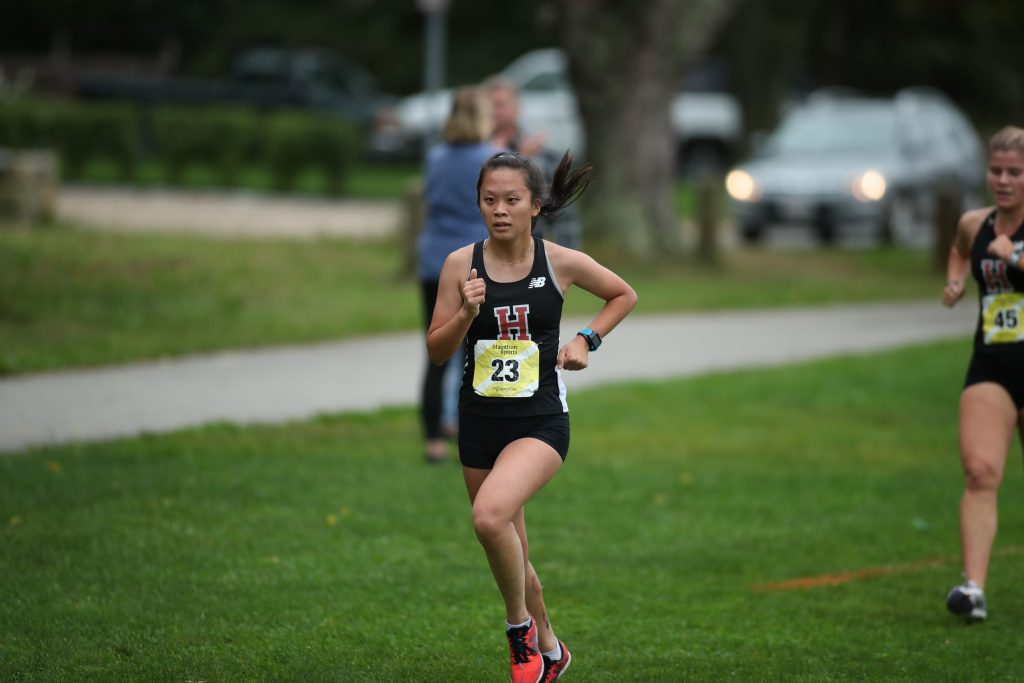 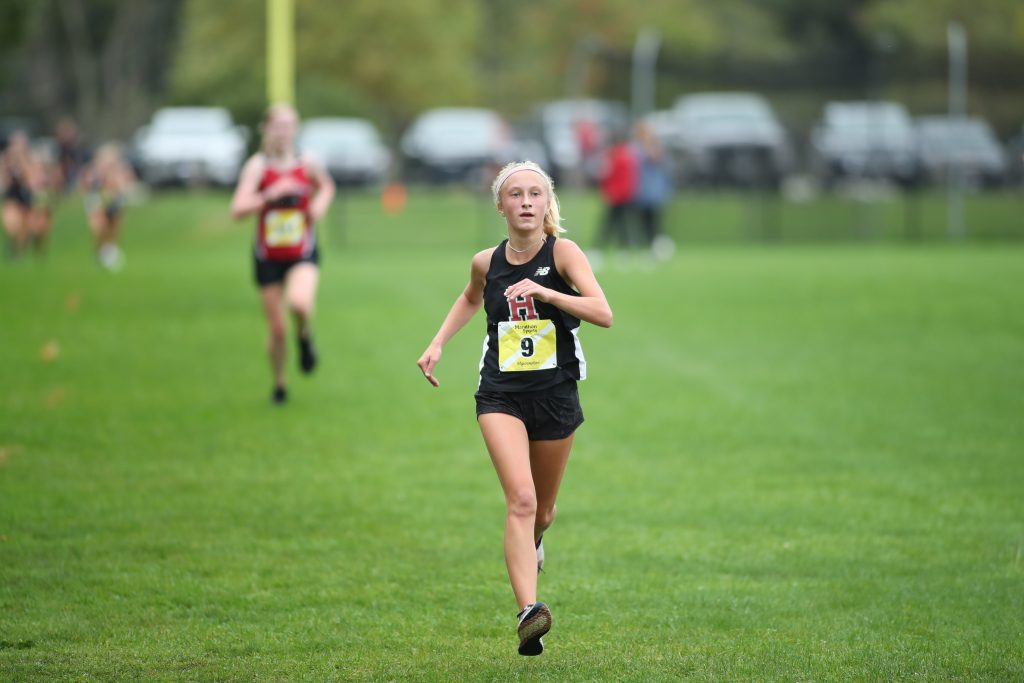 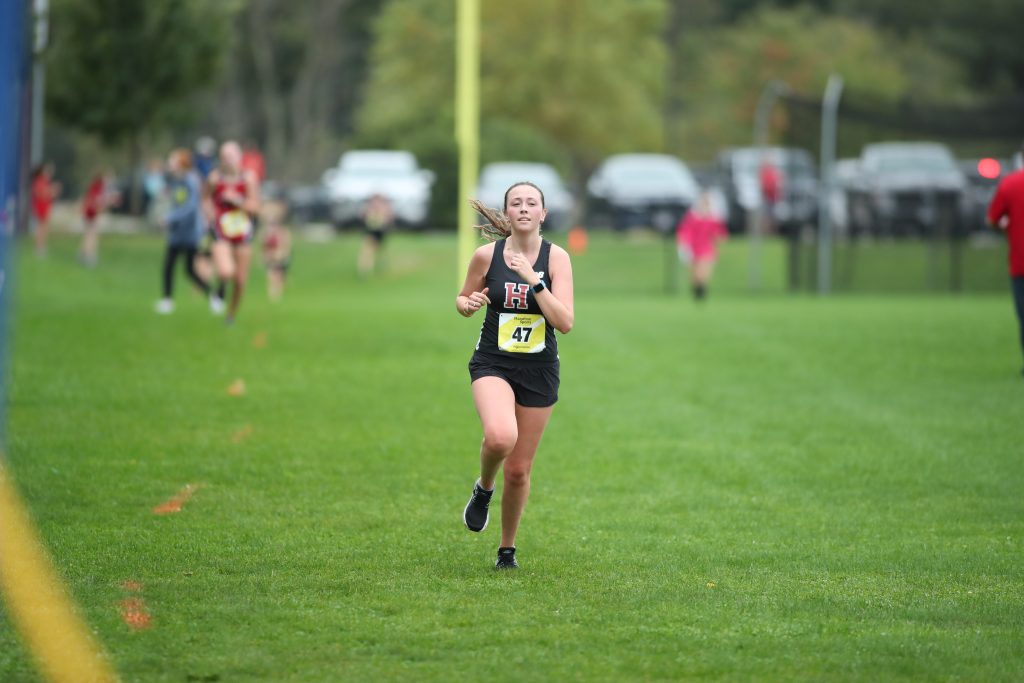 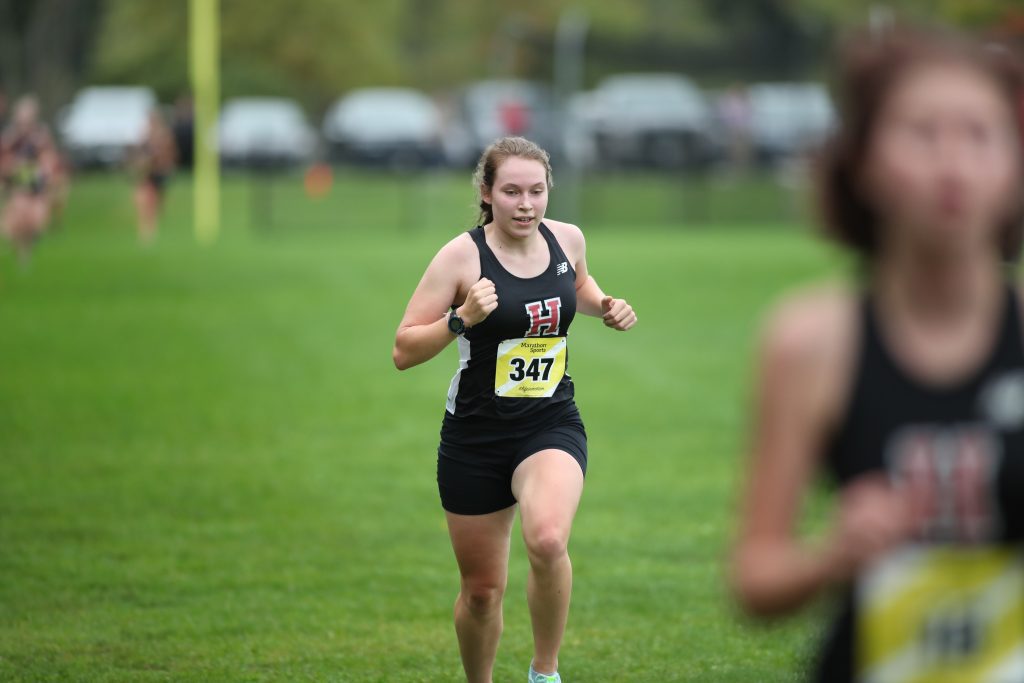 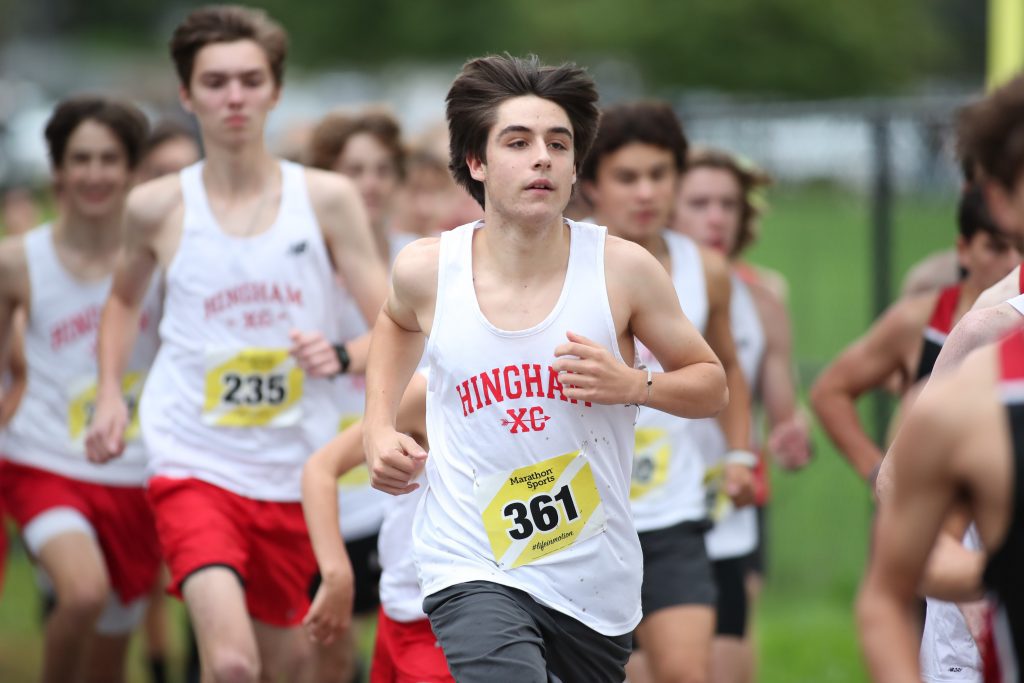 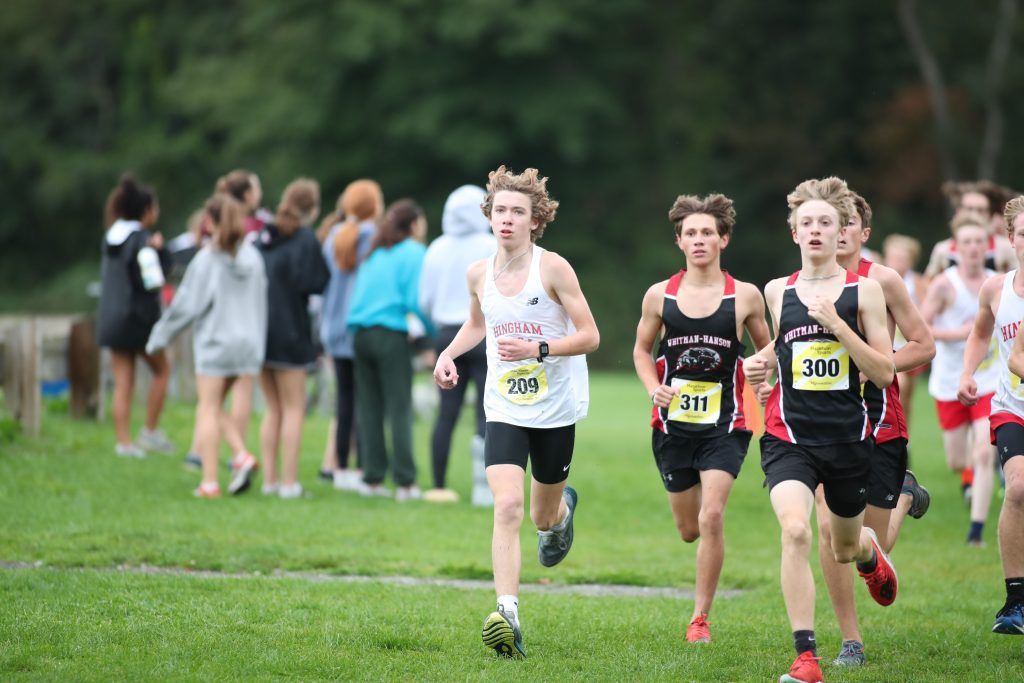 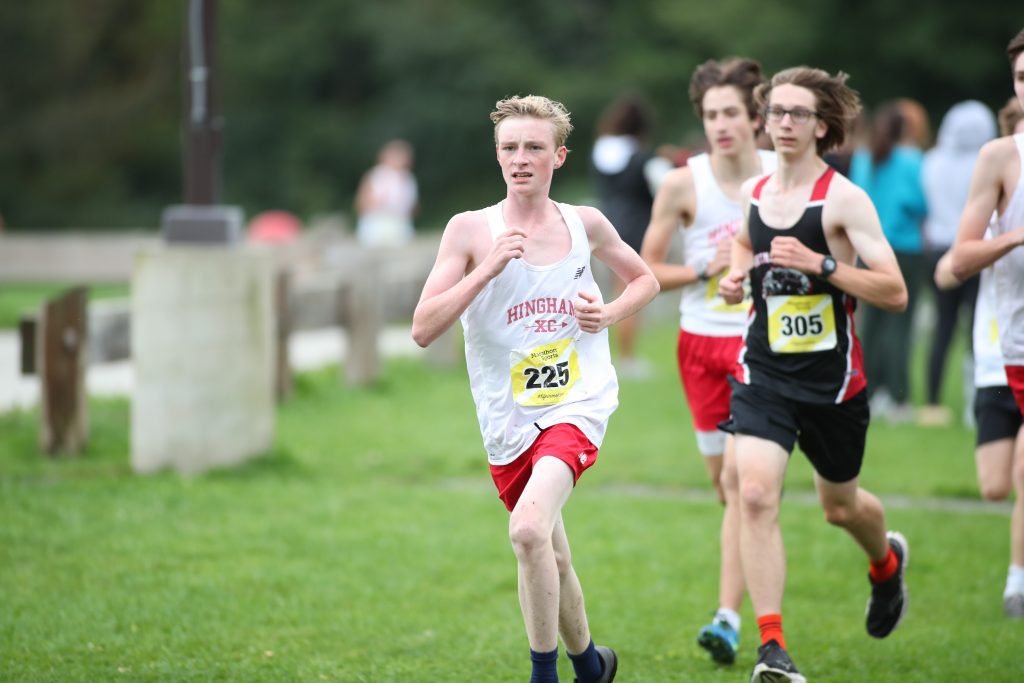 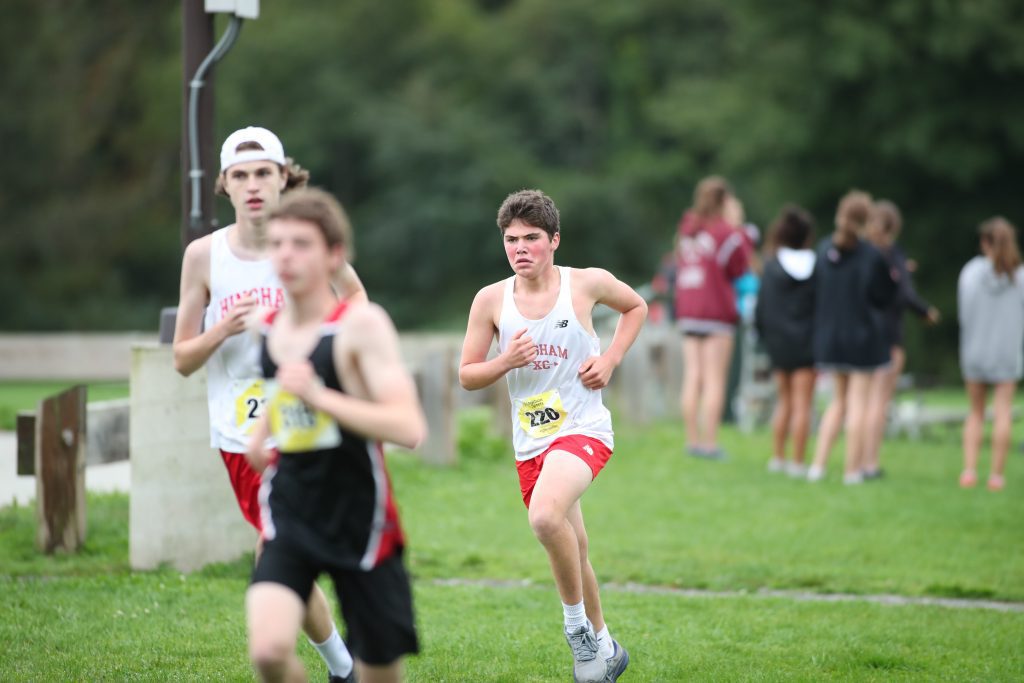 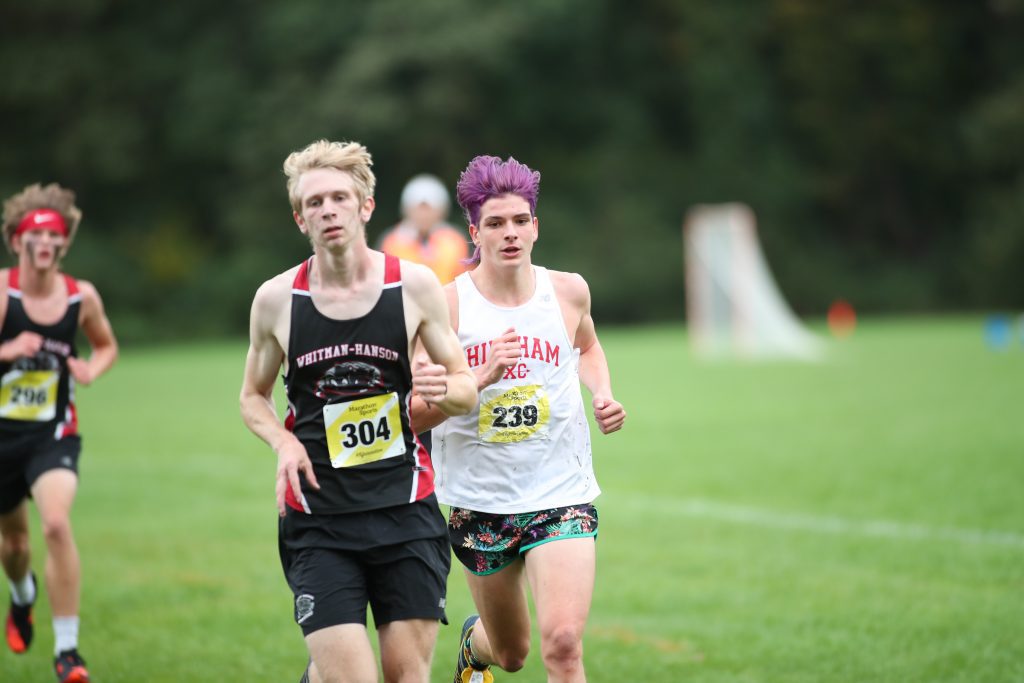 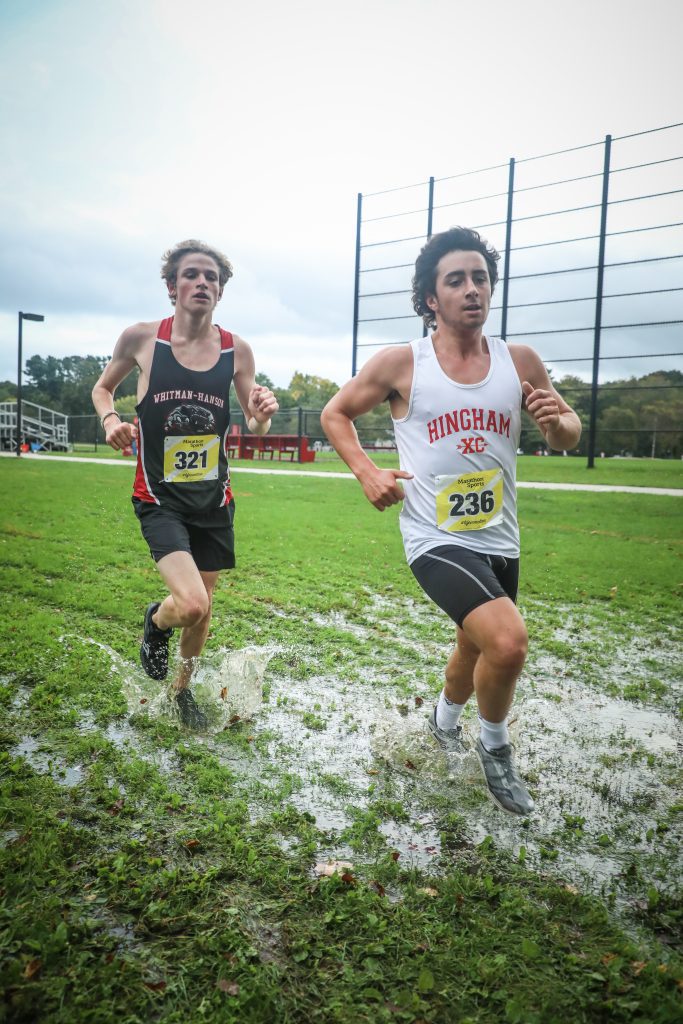 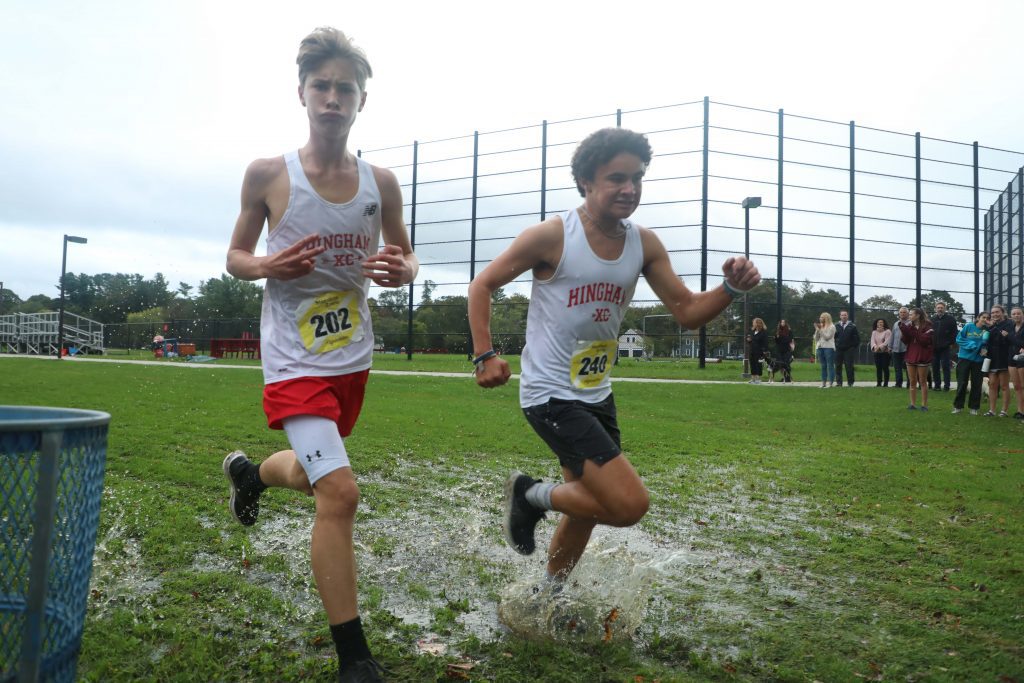 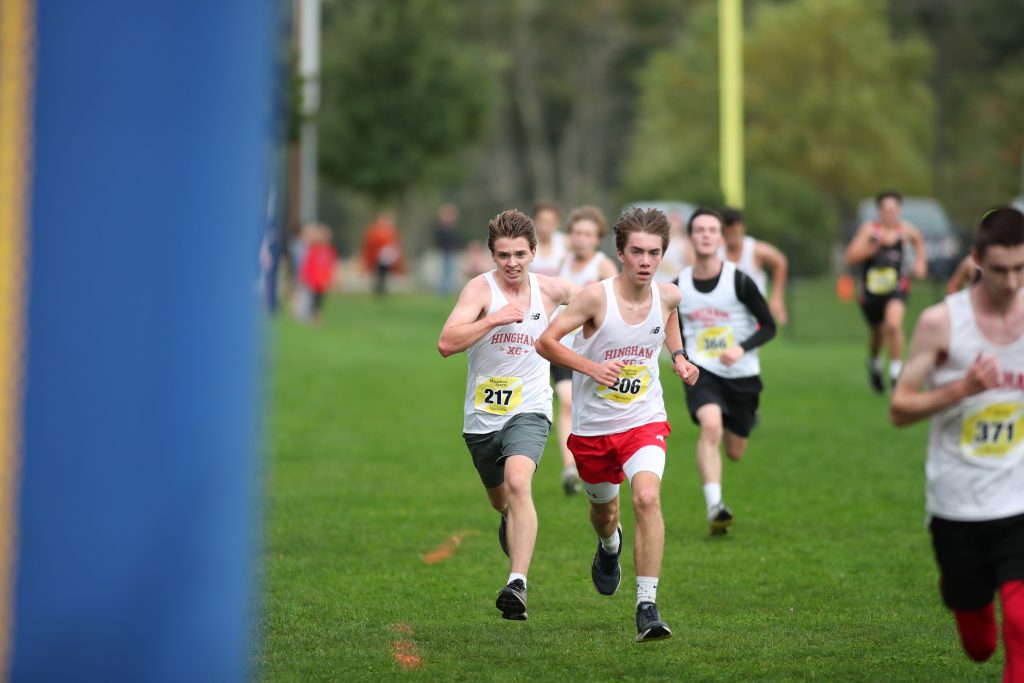 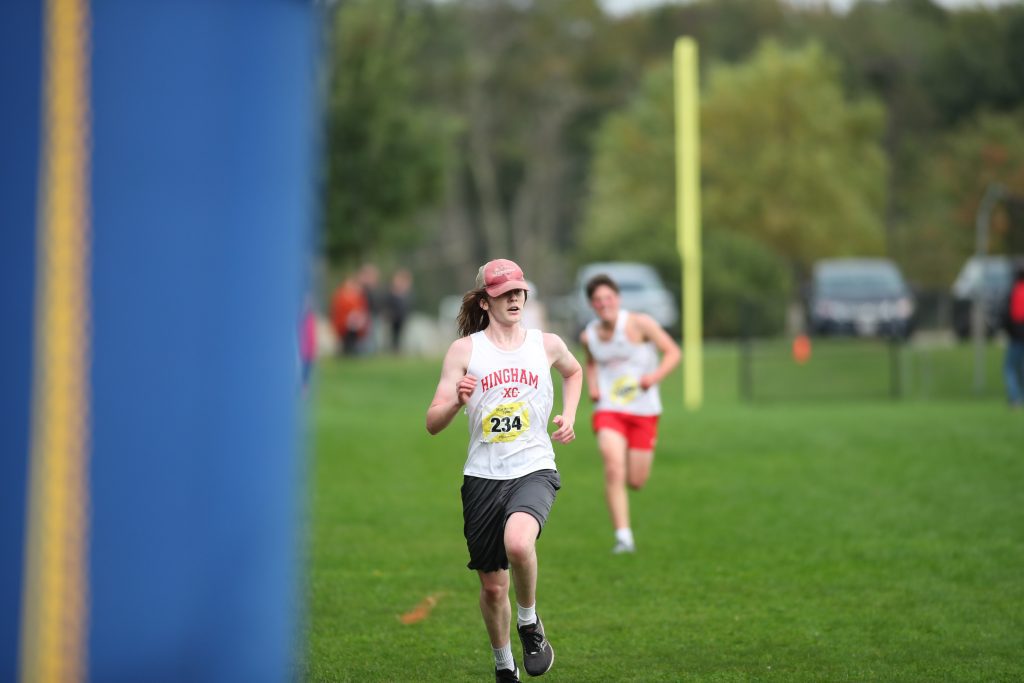