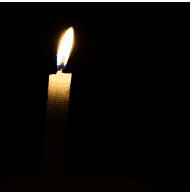 Francis J. Cheney, age 95, of Hingham passed away peacefully and surrounded by family on November 2, 2020.

Fran is predeceased by his loving wife of 55 years, Florence L. (Bischoff) Cheney and was the devoted father of six sons: Francis J. Cheney, Jr., of Hull, MA; Robert Cheney of Wareham, MA; Paul Cheney of Hingham, MA; John Cheney of Hopkinton, MA; David Cheney of Marshfield, MA; and Richard Cheney of Hingham, MA. He was blessed with ten grandchildren, and nine great-grandchildren. He leaves his long time companion Joan Warrington, who was a good friend to Fran for many years.

Fran was a WWII Navy veteran, serving on three US Navy destroyers in the middle east and Europe. He was in the process of being deployed to the Pacific when the war ended in 1945.

After the war, he returned to Boston and met Florence Bischoff and they were married on July 4th, 1947. Fran attended the Peterson School of Engineering, leading him to a position as a steam engineer for the Boston Public School System for many years. Fran then went on to work at the General Motors Training Facility in Dedham, MA, as a Facilities Manager, where he stayed until his retirement in 1988.

A skilled craftsman, Fran built the family’s first home on Saginaw Avenue in Marshfield, MA. He also had his own cabinet building business, installing his custom cabinets in the Boston area. He guided his sons in the construction of many soap box derby cars that his sons competed with in local annual races. Fran spent many years boating and lobstering off the shores of Marshfield, MA.

Fran and Florence enjoyed travelling the country, sometimes with all six sons in tow, and many trips just the two of them, including a trip to Alaska.  He spent many winters in his Florida condominium, where he enjoyed golfing and the company of many good friends.

The family will be having a private service at St. Paul’s Parish in Hingham.  A celebration of life will be held at a later date. In lieu of flowers, expressions of sympathy may be made in Fran’s memory to the ChildFund.