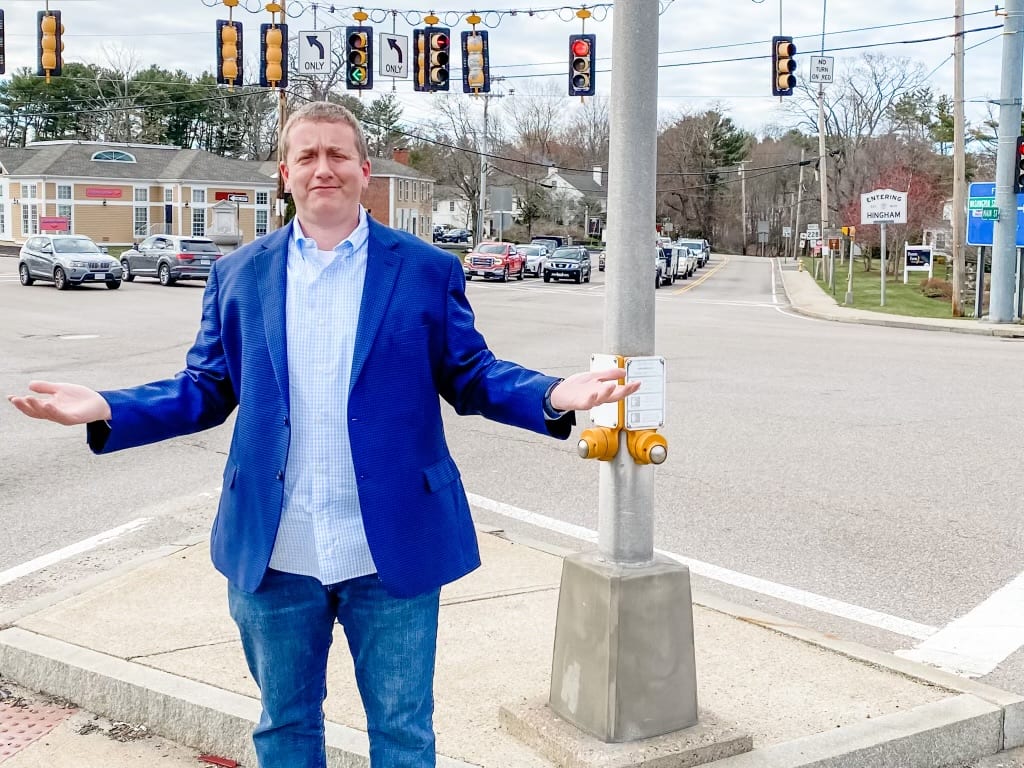 Dredging the Harbor is a new column exclusively for the Hingham Anchor by Hinghamite, Matt LeBretton.

For many years, well about 12 anyways, I’ve had two questions that burn like the light of a candle at Old North Church on the eve of invasion:

- Why is there a corner named after Queen Anne &
- Why would a company adopt the median strips in said corner and not care for them properly?

So I set about doing extensive research (limited somewhat by my intense inability to focus for more than 11 minutes as well as the available bandwidth in my home office) and found that Queen Anne was not a Queen as we would typically think.  Nor was she a member of Fred Mercury and the Queentones.  In fact, she wasn’t a Queen at all.  At least this Anne wasn’t.

Despite her lack of royal title, this Anne, Anne Whiton to be exact, was a woman deserving of royal treatment.  See, she owned a lodging house (what we might commonly call a hotel), restaurant, and other property at a time when that wasn’t seen as a virtue.  It was so non-virtuous in fact, that had she married, her husband would become the owner of all her businesses.  So she, unlike many of her contemporaries, ditched marriage and became somewhat infamous.  So infamous that she is now remembered by people giving directions to KFC, the post office, or one of my favorite haunts, Scarlet Oak.

What is kind of shabby, at least this time of year, are the two median strips that reside within this unsung hero of commerce equality’s corner.

Being a responsible corporate citizen,  a local company from  Norwell sponsors these two strips of raised earth in the “Adopt a Spot” program offered by our great Commonwealth.

These “Adopt A Spot” programs have perplexed me for quite some time.  If I adopt a puppy or even a turtle, I get to take said adoptee home with me.  Or I can pay to have a star named after me, but it will live on its own.  In Massachusetts, I can get neither the comfort of a newfound pet nor straight-out naming rights when adopting a strip of land.  What I would get is the responsibility to keep said strip beautiful and trash-free.

I have to come clean (pun completely intended).  I haven’t given two seconds thought to Queen Anne or her median strips. Ever.  One of my kids pointed it out to me on our way through Anne’s otherwise named intersection by saying, “maybe that company should put Queen Anne back up for adoption.”

Her sarcasm and lack of respect for civic leaders aside, it did make me think about what other “Adopt A” programs are more firmly ensconced in Hingham and what their histories may be.  So I set about finding more.

Alas, my drive home was more appealing than driving around town listening to a 13-year old criticize beautification programs, so I ended my research there.

That said, it did make me question aloud whether or not a public trust, i.e., a beautification program, is only operative when it is beautiful outside?  Wouldn’t the two median strips in our beloved Anne’s corner offer more aesthetic value if they were beautified when we need it most – the doldrums of Winter and the dreariness of early Spring?

My guess is Anne probably wouldn’t care.  She would be far too busy burning a path that took far too long to be realized.  It is shameful that this woman, a landowner, successful businesswoman, and entrepreneur, had to live life unmarried to maintain her businesses and meet her professional goals.  She certainly didn’t have to be married to find enrichment in life but had she wanted to; she shouldn’t have had to forgo her property rights for the sake of being wed.

Queen Anne Whiton was more royal in her thought and action than any “royal” living today.  A commoner with uncommon deeds and chutzpah.

This and surrounding towns should celebrate Queen Anne, her corner, and her median strips by making sure her story is told to all schoolchildren and transplants alike.

Should her median strips come up for adoption, consider me in line to make and keep them beautiful year-round.

God Save the Queen!