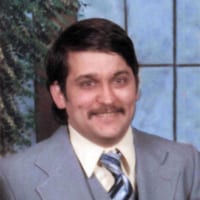 At 65 years of age, Victor passed away unexpectedly on February 9th at the Beverly Hospital.

He was a beloved son of the late Walter Z. and Leonarda M. (Gerry) Monkiewicz. Born in Lynn, he was raised in Lynnfield and attended community college studying business management.

He worked in every department at KAYEM over the years and ended up in the kitchen where he felt the most at home chopping, blending and stuffing all of the items KAYEM makes every day. Victor ran all of the ovens and steam water tanks in the smoke house. He worked in muscle meat, learning how to trim beef, pump hams, roast beef, etc. and worked in the packing room as well.

Victor was part of an exchange program where he went to Germany to learn how to make and stuff many different products and bring his knowledge back to KAYEM. He also learned from some of the best long-term "Old Tyme" employees of KAYEM on how to make kiska, head cheese, jellied corn beef and was one of many who helped make the casing and stuff the “World’s Largest Kielbasa” when KAYEM made an attempt to get into the Guinness Book of World Records.

He loved working with other people and was a favorite of his Uncle Tony. He spent many summers on Uncle Tony’s boat. Victor loved to snowmobile, which he did first as a family with all his uncles and later with all his brothers and sister. He would travel to St. Petersburg, Florida to enjoy the sun and fun with family and enjoy life.

His sense of humor was shared with his nephews and nieces and they never grew tired of his jokes and funny texts. He enjoyed making everyone laugh, “a good old belly laugh”! He was always smiling and helping others in any way he could. He had the biggest heart of anyone. He will be remembered for his generosity in helping others.

Everyone that met Victor always had a story to retell about their interaction with him, he left an impression, with a loving touch, always with a smile and chuckle, as he was a gentle giant and made you feel comfortable like a good friend.

Victor lived a simple life and took care of those around him till the end. He is now reunited with his Mom, Dad, his sister Krystyna and brothers Casimir “Charli” and Thomas and other family members.

He will be dearly missed by his siblings; Stephan Monkiewicz and his wife Cheryl of No. Berwick Maine, Tricia Williams of Rowley and Janek Monkiewicz of Reading. He was the cherished uncle of Nicole Bruss, Seth, Khara, Hannah and Solomon Monkiewicz, Nathan and Jacob Williams, Adam, Kasia and Brody Monkiewicz. He is also survived by his aunts, many cousins, extended family and friends.

ARRANGEMENTS: A springtime celebration of Victors life and inurnment in Holy Cross Cemetery will be announced at a later date.

DONATIONS: Should friends desire contributions in his name can be made to Neurofibromatosis Northeast, 9 Bedford St., #3, Burlington MA 01803 or click here; DONATE

CONDOLENCES: At this time, we encourage family and friends who wish, to share a memory or offer condolences to use the guest book below. Or if you wish to send a personalized sympathy card, use the link below.