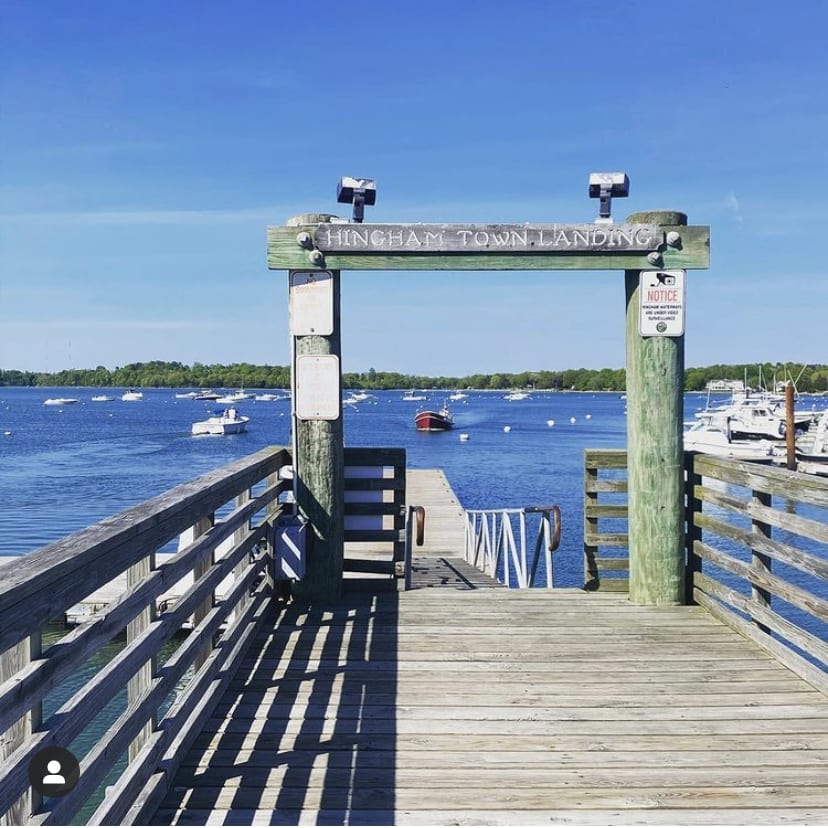 Following a lengthy discussion this week about a Town Meeting warrant article asking voters to support spending a potential $5.5 million for the reconstruction of the deteriorating town pier by the Iron Horse Statue at the harbor to address safety issues and potential flooding from expected sea-level rise, the selectmen continued the agenda item.

Harbor Development Committee Chair William Reardon talked about the pros and cons of putting the warrant article on this year's Town Meeting agenda.

"This is a project with a long history," he said. A key issue is whether grant funding will be available to pay part of the cost.

The town pier, Barnes Wharf where Hingham Maritime Center is based, and the one at Veterans Park near Whitney Wharf top the list of town wharves that need attention.

The goal is to make the town better able to ward off future flooding similar to or worse than the significant harbor inundation that occurred in March 2018.

There are others, but these are the lowest wharves -- and the most vulnerable. The HDC has placed the town pier as the highest priority, resulting in the warrant article.

Raising the wharf by 3-1/2 feet to a height of 11 feet could help protect part of the town from projected future sea-level rise, storm surge, and potential negative sewer system impacts and could also reduce risks to public health and safety by helping to prevent flooding of Rte. 3A, although this project won't solve all of Hingham's potential flooding issues.

The overall goal is to provide protection against a 100-year storm. However, as Selectmen Chair Mary Power noted, "These '100-year' events are happening more frequently than every 100 years."

The project started out as a reconstruction job but now includes resiliency measures. "We are fully aware that this is part of a layered defense system that ultimately could involve installing a jersey barrier from Ship Street to the Rotary [to help prevent potential flooding]," Reardon said. "This is the beginning of a longer-term solution."

In the meantime, the Woods Hole Group is in the process of identifying where flooding would likely occur near the town pier during various types of storms, projecting ahead to 2030, 2050, and 2070, and what the tidal conditions might be.

"This modeling would be used to develop a new set of maps so that we could make further informed decisions and be able to identify the benefits of the current proposal and mitigate any perceived harms or other concerns," including some voiced by the conservation department, Reardon said.  The timeframe for completion of that study is six or seven weeks.

Abutter impacts need to be gauged and consideration given to the fact that there are other gaps along the waterfront through which storm surge could flow even if the height of the town pier is raised.

Selectman Joseph Fisher asked whether a higher town pier might divert water onto abutting properties. That issue will be addressed in the Woods Hole Group study, according to Reardon.

All that said, Power asked whether the warrant article is "ready for primetime. Do we have enough information [to make an informed vote]?"

She went on to say that there are "a lot of citizens who are raw and angry out there [due in part to] COVID [impacts], and there's been a lot of vitriol and mean-spiritedness in some of the behavior we've seen when talking about town finances and projects.

"It's unlike anything I've seen before -- I can't even put words around it. I'd hate to see a project like this one that so many dedicated, hard-working citizens have worked on for so many years get caught up in this. I try to do what's in the best interests of the town, and I'm struggling with what is the right thing to do [concerning this warrant article]. It's an important infrastructure project for the town."

In response, Reardon acknowledged that "there are many uncertainties."

The advisory committee will consider the proposed article, there will be additional socialization of what it entails, and there will be further discussion among the selectmen in a public meeting.

HDC member Marco Boer explained that the primary reason for urgency is public safety. "The walls are starting to crumble," he said. While the DPW made some repairs, much more is needed to stabilize the pier.

"We're very aware of the need to obtain other funding, but there are no grant guarantees," Boer said. "I think it's important to get the ball rolling now. If the money is appropriated at Town Meeting, it will be with the understanding that the funds wouldn't be spend until 2022 at the earliest. But if we're not ready [to move forward with the project], we could miss the window of opportunity for some of these grants. It's a delicate balance."

Fisher expressed support for accomplishing the town pier project as soon as possible. "If we need to change the height [along the way], we can make that change later," he said. "There may be other less-costly options, but [in the meantime], the pier will continue to deteriorate."

If the article were to move forward and gain Town Meeting support, no work would begin until the permitting process is completed.