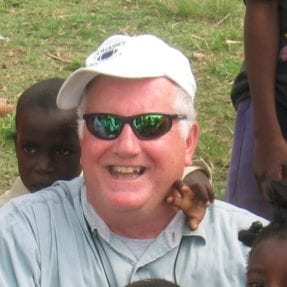 BILODEAU, Timothy W. Of Hull, MA passed away peacefully on Saturday, January 9th, 2021 in Boston, MA. He was 70 years old.

Tim’s life was filled with love, laughs and adventure. A man of great ability and even greater purpose, he always followed his heart. He deeply loved his family and friends and was incredibly grateful for their commitment and support of his life’s work.

Tim founded the organization Medicines for Humanity (MFH) in 1997 after learning that millions of children around the world were dying from preventable causes. He set his mind to righting this wrong and used his gift of storytelling to unite his friends and family behind his vision. Together with incredible health care partners, MFH continues to provide critically needed health care services to over 1 million children and mothers each year in some of world’s most underserved places. Tim called himself the luckiest man in the world and was forever grateful to his wife Cathy and so many dedicated family members and friends who believed in him and the mission of MFH.

Born in 1950, Tim grew up in Milton and spent his summers in Hull. He graduated from the Roxbury Latin school where he was a star student-athlete. He continued his education at Harvard, playing for the Crimson’s baseball and football teams, and later graduated from Stanford Business School. Recently, Tim received an honorary doctorate degree from Canisius College.

He loved sports and coaching and was a fixture on the sidelines and in the bleachers at his sons’ games where the creativity and consistency of his referee heckling became the stuff of legend. He had a razor-sharp wit and was ready with a joke for every situation. His laugh was infectious. To spend time with him was to get caught in fits of laughter that would consume the entire room. His trademark chuckle and unmistakable voice will be sorely missed.

Tim loved nature. He was an avid fly fisherman and, later in life, a keen bird watcher. He enjoyed competition and conversation, and his greatest joy was spending time at his home on Nantasket Beach with his family, especially “Papa’s little angels.”

He leaves behind the love of his life Cathy, his four sons (TJ, Matthew, Christopher, and Michael Bilodeau) and their wives (Julie, Cassidy, Kim and Natalia Bilodeau), six grandchildren and counting (Ty, Owen, Patrick, Cameron, Halle and Adam Bilodeau), his sister Nancy Bilodeau, his father and mother-in-law (Gordon and Lorraine Burger), a large extended family, countless friends and his family dog “Teddy.” Tim was predeceased by his parents (Thomas and Jane Bilodeau), brother (Tom Bilodeau), and sister (Jane Heggie). His legacy of saving the lives of the world’s most vulnerable children lives on through MFH and all of the people he inspired to make a positive difference in the world.

A celebration of life will be held at a later date. In the interim, Tim’s family requests that, in lieu of flowers, donations be made to Medicines for Humanity, 800 Hingham Street, Rockland MA 02370 or by visiting medicinesforhumanity.org.