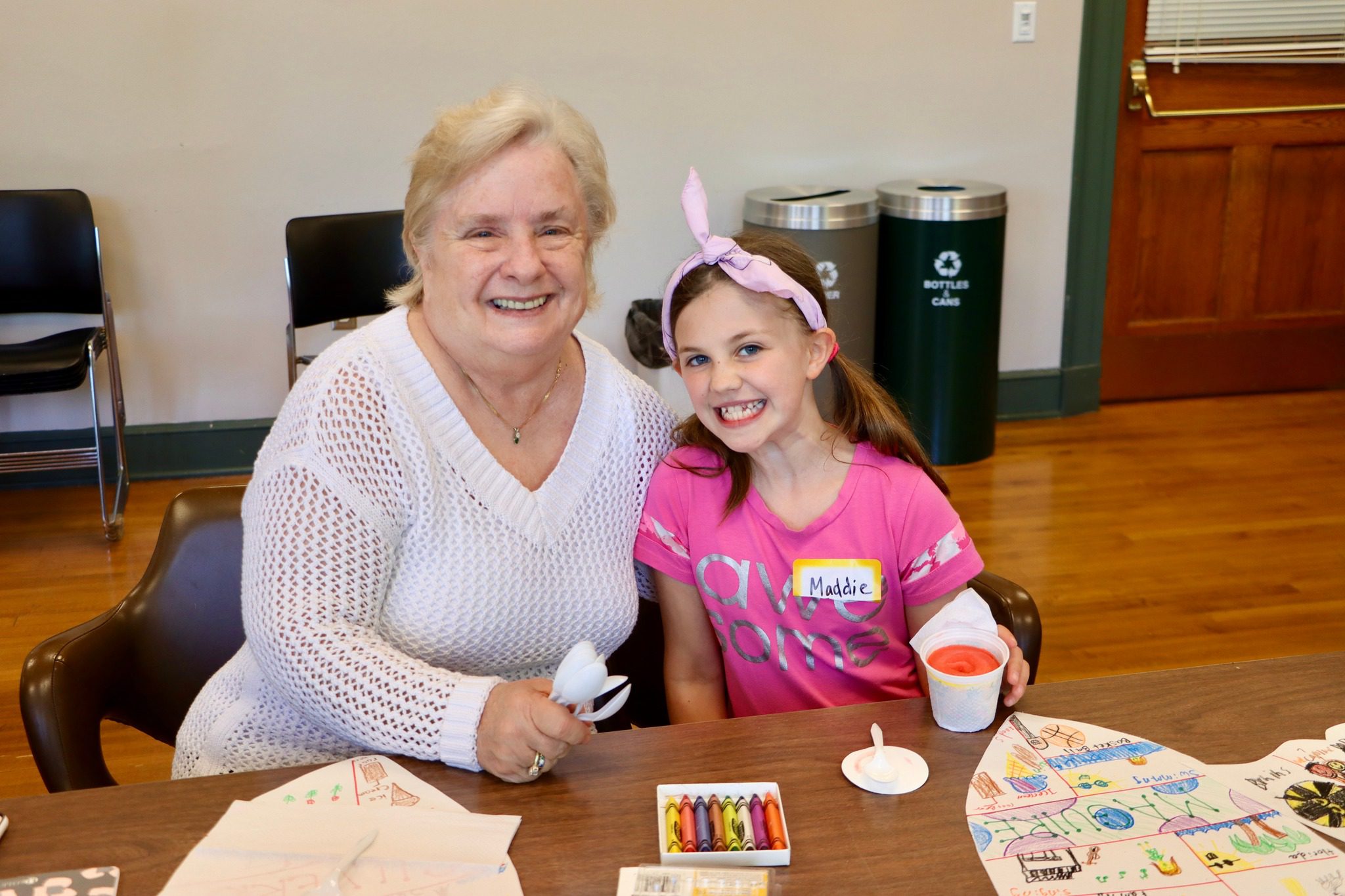 A pen pal exchange between South School third-graders and Hingham seniors throughout the school year has been so successful and rewarding that the project will continue during the summer and beyond for some of the participants, with plans to bring the program back again next year.

"This is a wonderful experience for everyone. I think the seniors enjoy the spirit and joy that the children bring to their lives through writing and during our recent [in-person] meet-and-greet," South School third-grade teacher Shannon Gill told the Hingham Anchor. She coordinates the program with Council on Aging member Karen Johnson. 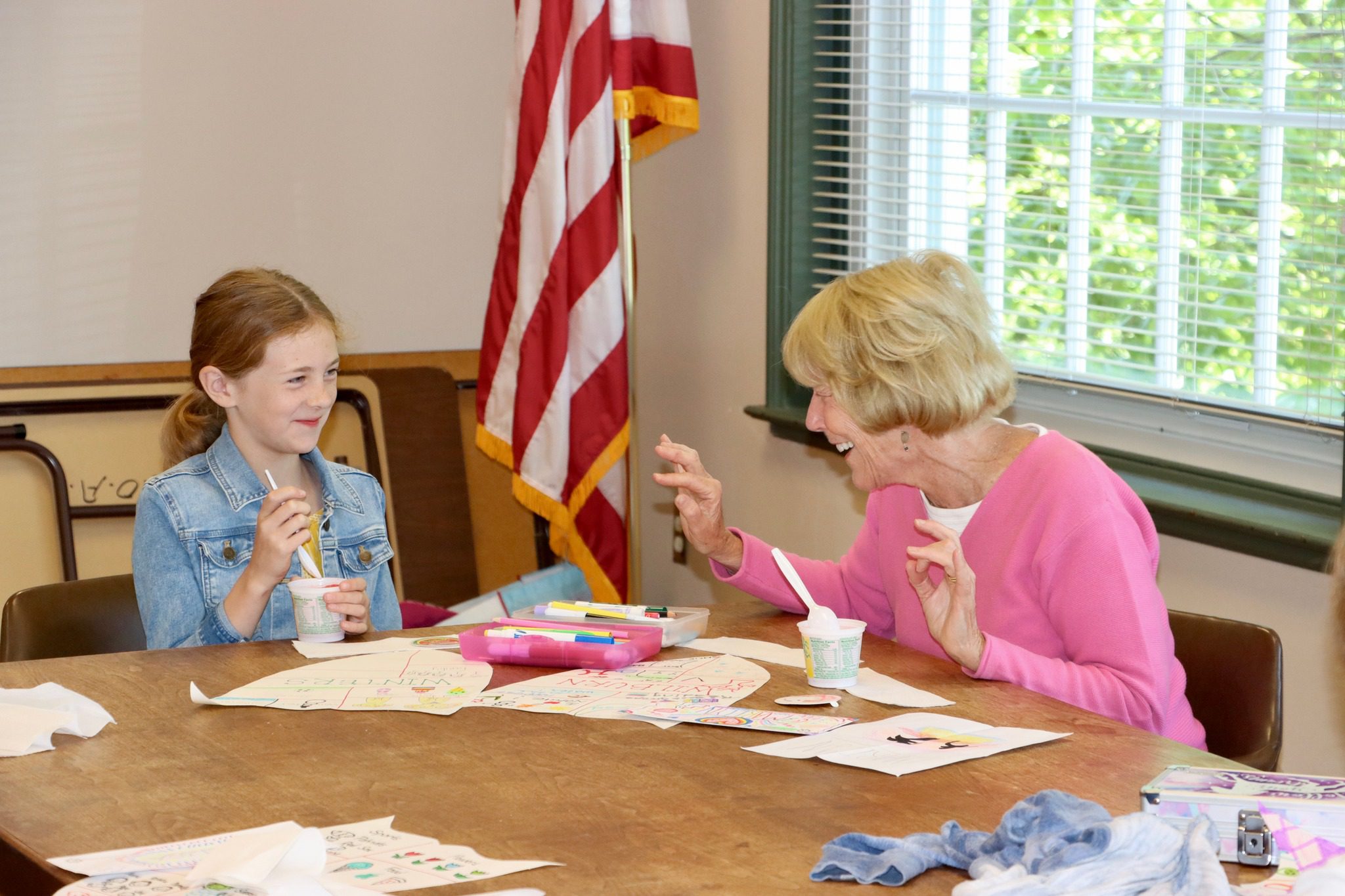 "Learning about what is going on in their eight- and nine-year-old lives, as well as what is important to them, can be very special and also entertaining," Gill said. The program began a number of years ago and resumed for the 2021-2022 school year following the pandemic.

Gill provides the names of the students in her classroom to Johnson, who randomly matches them up with seniors who wish to participate. 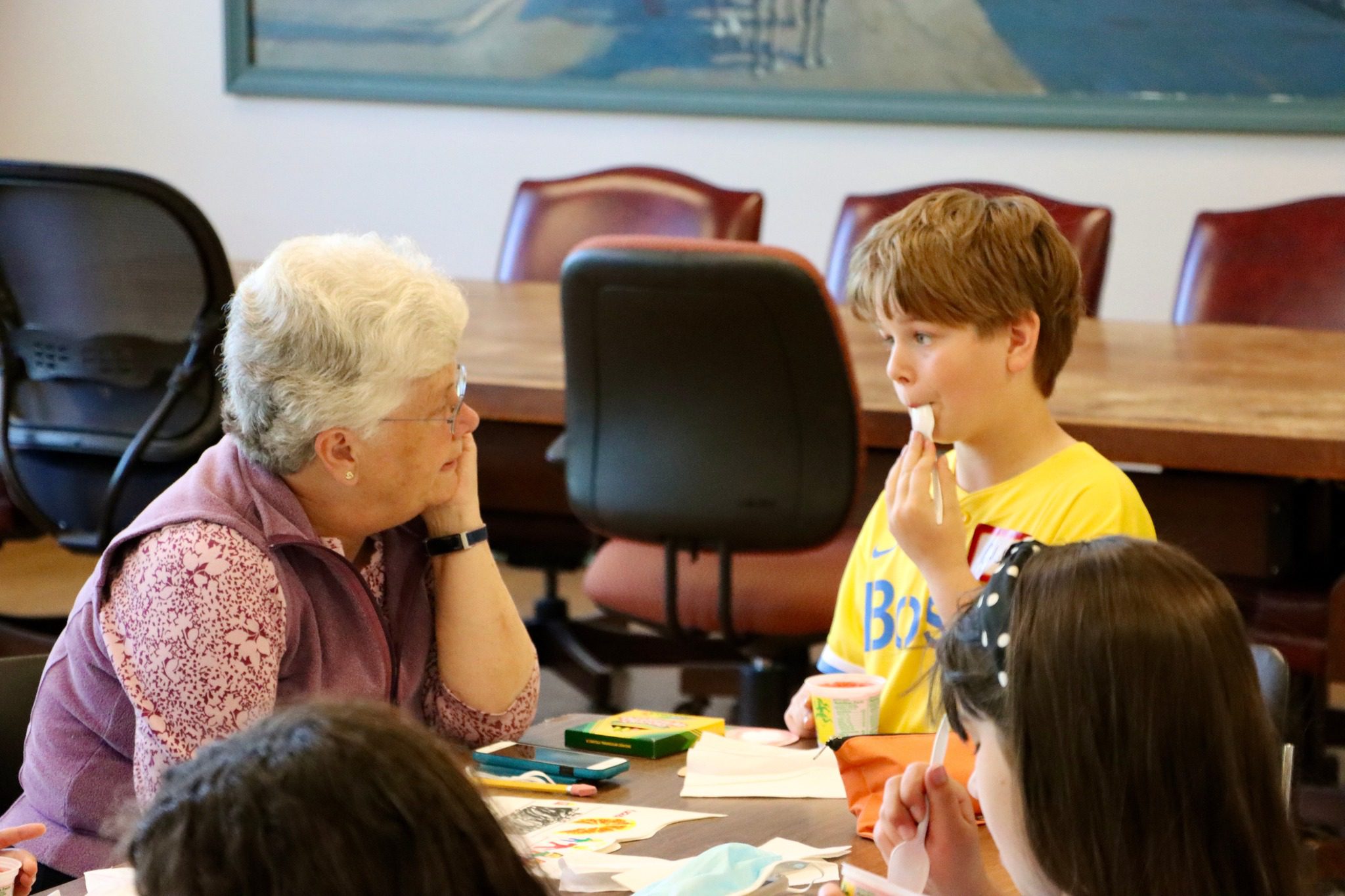 The students brainstorm about ideas for what to write about to their pen pals and questions to engage them -- such as do they have grandchildren, what activities they enjoy, their favorite color, sport, or childhood book, and what they like to do in their spare time.

"Some of the letters are sixth-grade quality, written on two pages, while others are more simple, but they're all doing it," Johnson said. "It's very important for seniors to keep in touch with younger people. Some of their families aren't living close by, so they don't get to see their grandchildren very often." 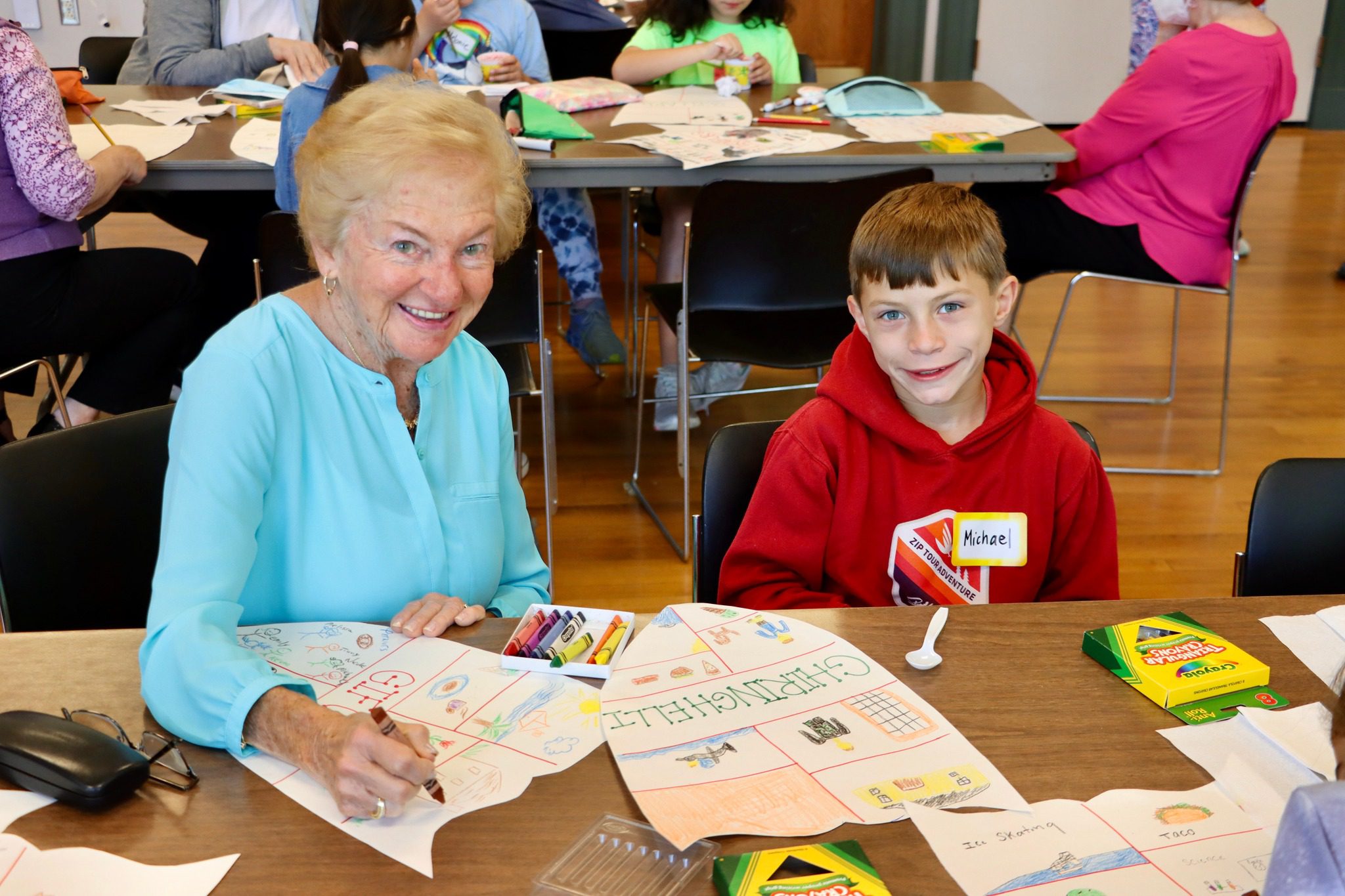 Once a batch of letters is ready -- written in the children's neatest handwriting, with hand-decorated envelopes -- Johnson picks them up at the school and brings them to the Senior Center for participants to take home with them. She occasionally delivers a letter to a senior if he or she is unable to pick it up.

Some of the senior pen pals live in Hingham year-round, while a few spend their winters in Florida. Some regularly enjoy Senior Center activities, while others are neighbors of Gill's whom she introduced to the project. There are about five or six exchanges between the pen pals during the school year. 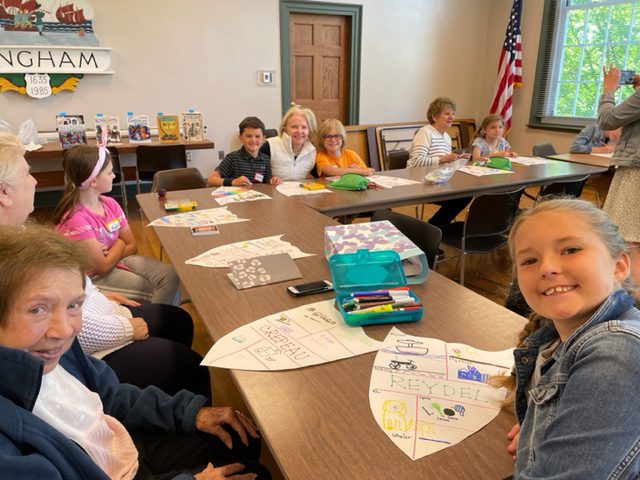 The third-graders attended a gathering at Town Hall recently where they met their pen pals, and there were smiles all around. "It was also a good opportunity for the students to develop communication skills with adults. We prepare ahead of time, and the seniors are good at engaging with the children," Gill said.

The kids came and went on a school bus and enjoyed a tour of the Senior Center while they were there to see all that it has to offer to their pen pals. 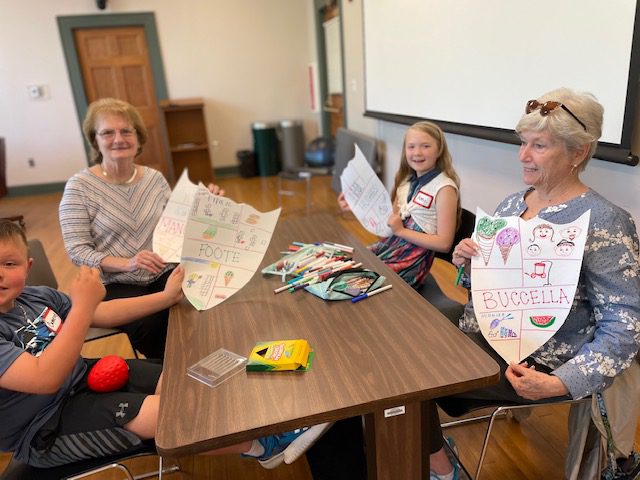 The seniors and their visitors enjoyed Italian ice treats and decorating cut-out coats of arms with their names and drawings of some of their favorite things and activities. They then swapped the coats of arms so that everyone had one to take home as a remembrance of their heartfelt connection.

Johnson is pleased that the students are learning how to write actual letters to people rather than text messaging to communicate. "This is a wonderful activity for the children and seniors alike," she said. "It's a very worthwhile project." 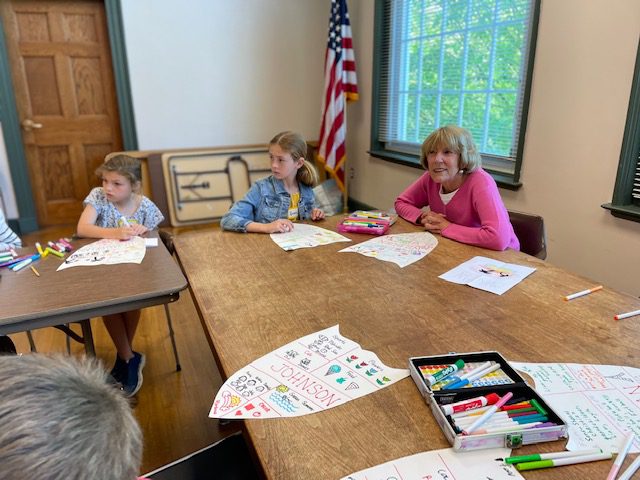 As in the past, some parents have asked for the addresses of their children's pen pals so that they can stay connected once the school year draws to a close.

South School Principal Mary Eastwood is pleased that this tradition has continued over the years. "I love the fact that this project involves different generations and is keeping the art of letter writing alive, which is so important," she said. "I'm grateful to Shannon and Karen for continuing this program over the years. [The pen pal project is] part of our school council plan, so it's nice to see it in action." 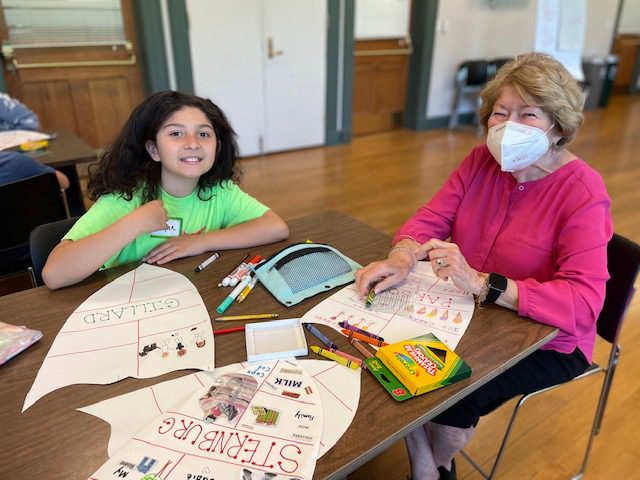 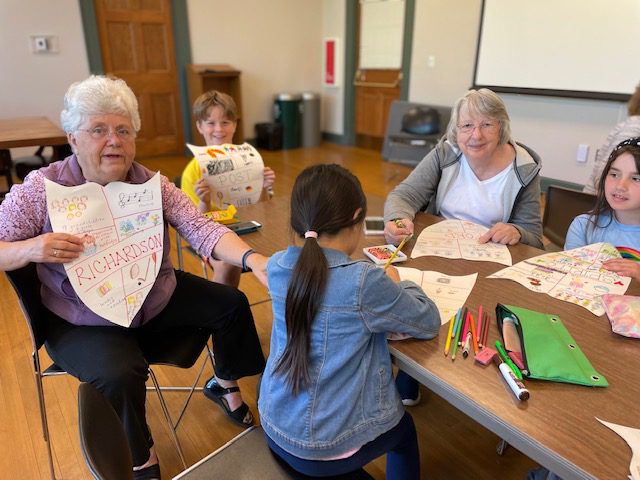