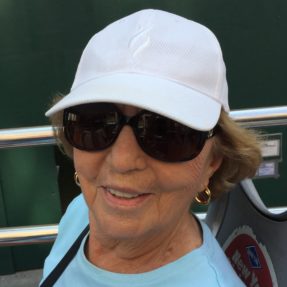 Theresa was born in New York City, the youngest of five children, to Abraham  and Jennie Ruppert (ne McManus). The family moved to Astoria in 1933, where she attended William Cullen Bryant High School, graduating in 1946.  She attended  Flushing Hospital School of Nursing, where she graduated in 1949 with honors. While at Nursing School, she met John McCormack, a World War II veteran and medical school student.  They married in 1950, while she was a nursing student.   She gave birth to Janice Theresa in 1951, and Kathy Marie in 1954.  The family settled in Massapequa, New York, where John entered private  practice. In 1958, Theresa enrolled at Adelphi University and completed her Bachelor’s degree in Nursing in 1963. While in school, she gave birth to Bethany Jean, in 1960.  In 1966, Theresa joined the staff at Suffolk Community College  as a Nursing Instructor.  In 1969, she completed her Master’s degree in Nursing. Throughout her 25-year career, she held various positions, including Professor of Nursing, Dean of the Nursing School and Designate Professor Emeritus.  She was a member of the American Association of University Women and took part in the Nurses’ Health Study, mounted by Harvard Medical School, from 1976 until her death.  The family travelled widely, undertaking a three-week driving trip through Mexico in 1963, a Summer tour of Europe in 1968, amidst many other memorable trips.

Theresa was widowed in 1978 after 28 years of marriage. In 1982, she married James O’Reilly, a veteran of the US Navy, born in New York City, and an employee of the New York Daily News for over forty years.   Theresa and Jim retired from their respective positions in 1992 and moved to Hingham, MA to be closer to her children and her grandchildren. Throughout their life together they travelled widely, including a trip to Northern Ireland to visit Jim’s family, and volunteered together at South Shore Hospital. Theresa also travelled with her daughter, Kathy, and fulfilled a long-held dream to visit the American cemetery at Normandy. She made countless trips to New York City, and often visited family there.  Theresa always maintained strong ties to New York and considered herself a proud New Yorker for her entire life.

A funeral Mass will be held at St. Paul’s Catholic Church in Hingham, MA at 10:00 AM on February 2nd, 2023.  The family asks that in lieu of flowers, a donation be made to the Norwell Visiting Nurse Association (NVNA)