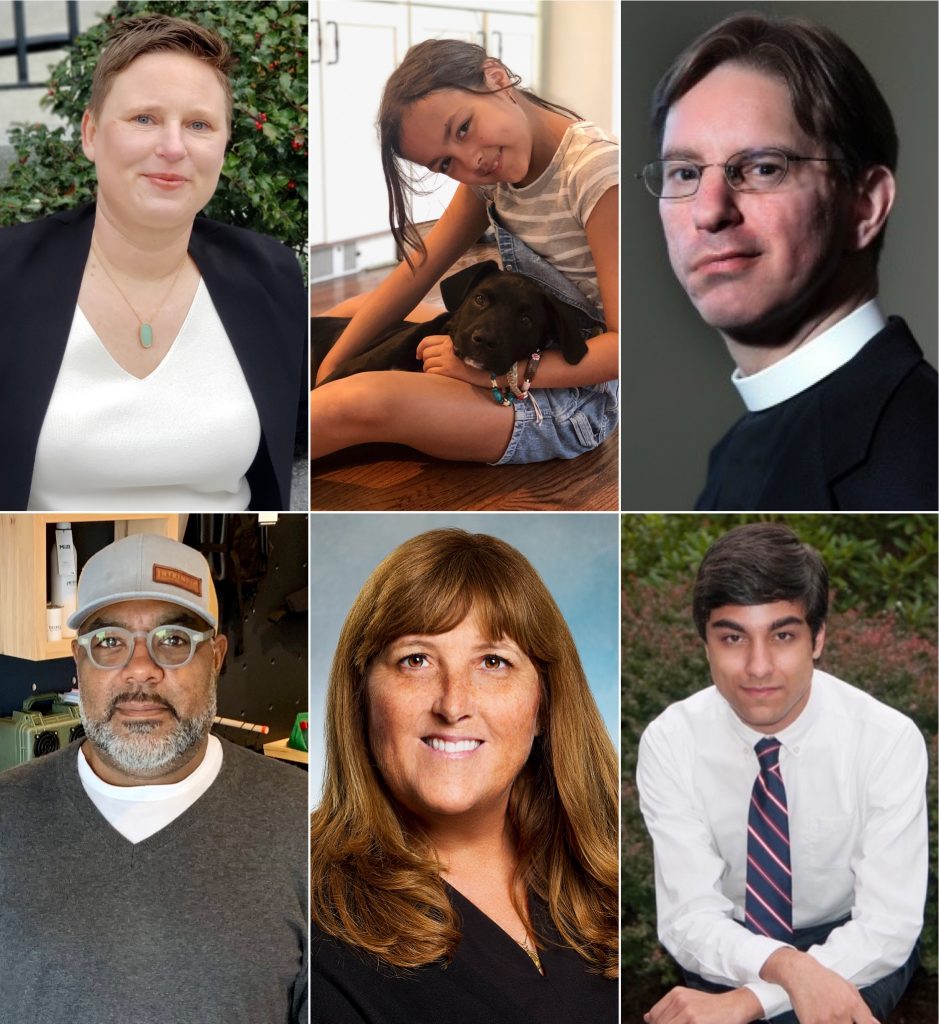 Welcome to The Hingham ‘Cast! In this week’s episode we talk about turning the page to a new administration. No matter who you voted for or how you feel about Joe Biden and Kamala Harris, it is a fresh start. We sit down with six people in the community to hear what their hopes are for the year ahead. It wasn’t necessarily easy. I reached out to several people I thought would have interesting things to say or diverse perspectives and some turned me down. They told me they were nervous it could get too political or some were worried what people would say about them if they talked about their true experience in Hingham. I respect it and I understand it, but it’s a shame. My hope for the podcast is to bring us closer together. To do that, we have to have hard conversations–and they’re happening–which is great. But we have to dig deeper if people still don’t feel safe to share here.

Tune in to hear 10-year-old Kimya Howell describe what it was like to see Kamala Harris take the oath of office as America's first female Vice President. Like Kimya, Harris is of Indian descent. “It kind of feels like I can just do anything now,” Kimya told me.

Listen to Michelle Larned describe her fear and anxiety when she first hung a Pride flag outside her home. “It was like, 'Here’s me I’m the gay one living on the street.'” But, in time, her neighbors came to stand beside her. “It doesn’t feel like we’re singling ourselves out now,” she said.

Thayer Academy senior Jamie Grillo is trying to lead young people to get engaged in their community by leading by example, "So long as your voice is out there and saying something, you know that you're doing all you can to push for things that are going to make your local community better."

Maryanne Blackmur hopes people can appreciate different opinions to make Hingham richer. She shares why she hesitated to hang an oversized American flag on her house. “There’s just so much anger out there,” she said. "But there's still so much so many more things that we can do together than apart."

Small business owner Marc Boles tells us the ache of being a dad whose daughters are forced to confront issues, most kids in Hingham don't need to consider. “It’s not fair," he said. "And it breaks my heart."

The Reverend Tim Schenck shares the hope that all our guests feel, despite the pain that has gnawed them. "There'shope for a vaccine, there's hope for an end to all of the division and the rancor, there's hope for accountability and reconciliation. There's hope, I think, that will emerge from this time, with some newfound priorities about what really matters in life." Onward.

You can hear the full episode by subscribing to The Hingham Cast and via the following link: https://hinghamanchor.com/the-hingham-cast/.