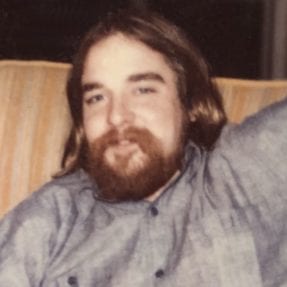 McDonough, Stephen T. of Chelsea, (formerly from West Roxbury and Franklin) died December 14, 2020. He was 68.

Stephen was a United States Navy Veteran who proudly served his country during the Vietnam Era. In his younger years, Stephen worked for Conrail and K and C trucking. He will be remembered for his unique and quiet personality, culinary taste and longtime Red sox and Pawtucket baseball fan. Stephen will be sadly missed by all those who had the pleasure of knowing him.

Predeceased by his beloved daughter, the late Catherine McDonough. Loving son of the late Stephen J. McDonough and the late Eileen McDonough. Caring brother of Patrick McDonough and his wife Paula of New Hampshire and Alice King and her husband John of Hull. Cherished ex-husband and friend of Stephanie Caverno. Stepfather of Shawn Herlihy. Also survived by many nieces and nephews and cousins.

Stephen will be laid to rest in a private ceremony at the Massachusetts National Cemetery on Monday, December 28, 2020.

In lieu of flowers, donations in memory of Stephen may be made to The Soldiers Home, Chelsea or the Muscular Dystrophy Foundation.

Normally, the funeral is an opportunity for the community to gather in support of one another. Although we cannot gather together with Stephen’s family at this time, friends may still offer their support by sharing a special memory or message.