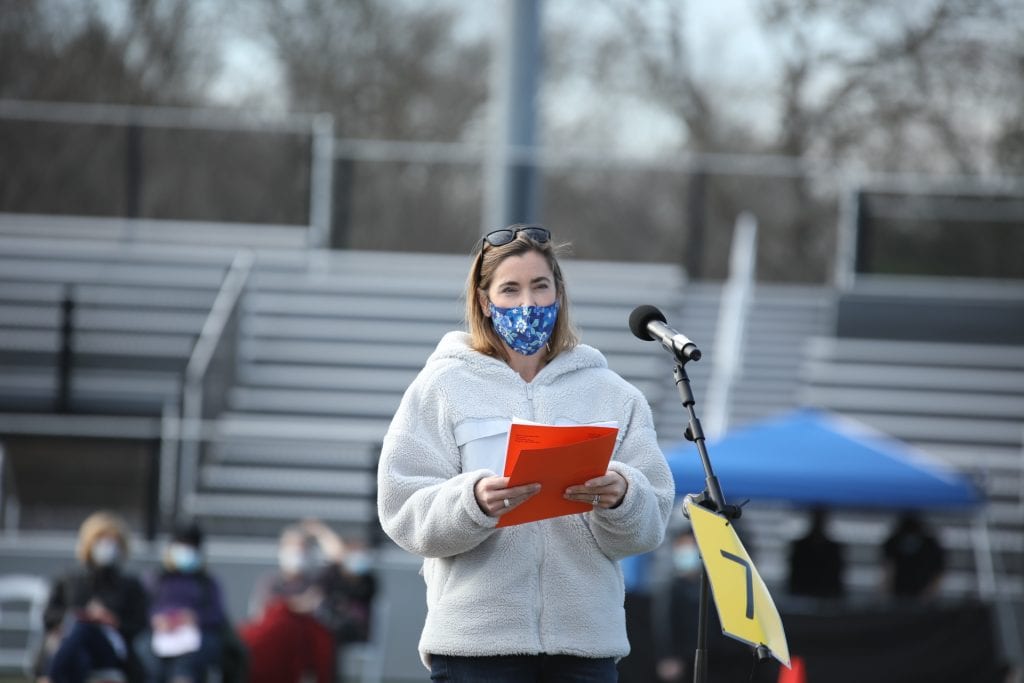 Following a lengthy discussion, voters at today's Special Town Meeting approved by a narrow margin the $5.5 million purchase of a parcel of land at 335 Lincoln St. for potential use as a new combined Hingham Police and Fire Department public safety building.

A two-thirds vote was required for the warrant article to pass because a borrowing is involved. Of the 453 voters, 314 supported the purchase, while 139 did not. 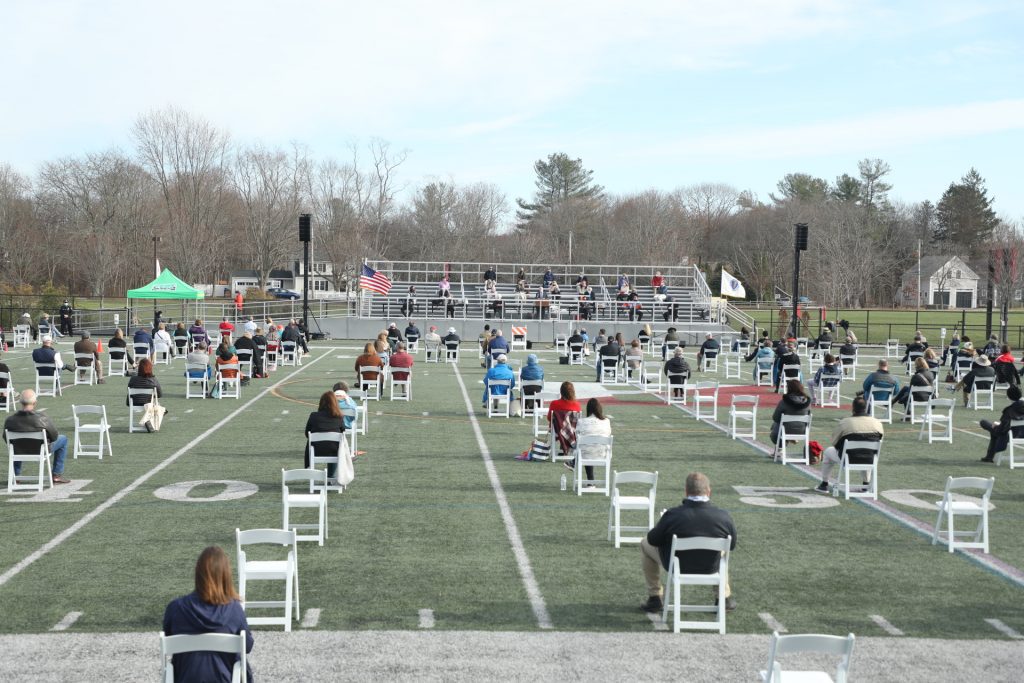 After nearly 2-1/2 hours, a citizen called for an end to the discussion, with voters agreeing. While Puzo was not in doubt on the ensuing voice vote on the article, more than seven voters rose to request a standing vote.

Because of COVID-19,  the socially-distanced meeting was held outside on the Hingham High School multi-purpose athletic field. The weather cooperated, with temperatures in the mid- to high 50s.

Town Moderator Michael Puzo acknowledged the recent passing of former Selectman Edna English and her service to the town in many capacities at the kick-off of the meeting. 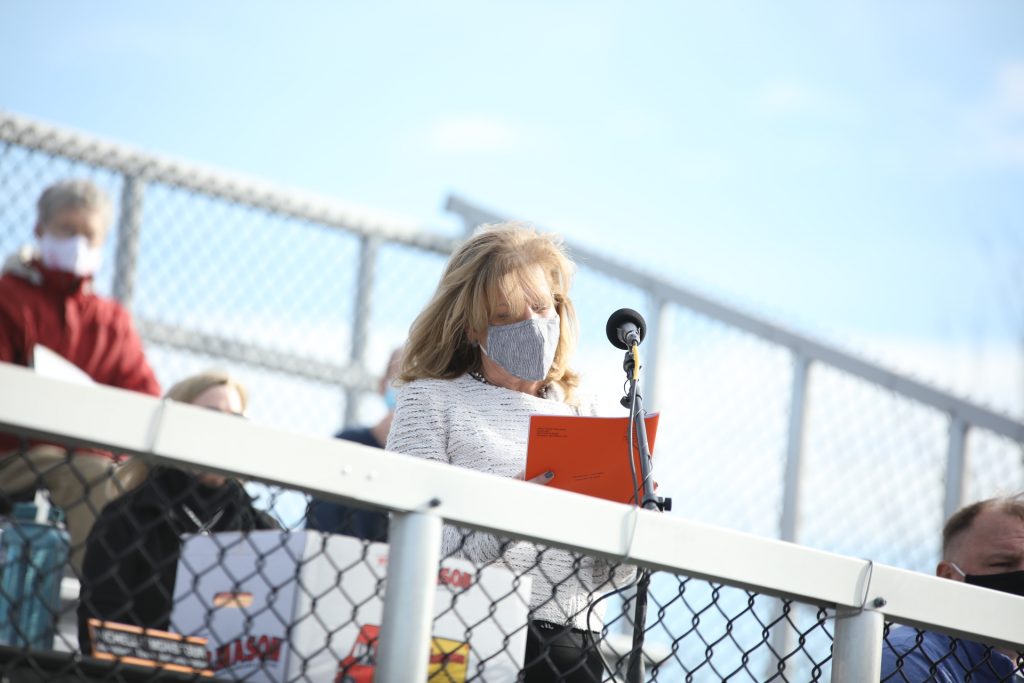 Advisory Committee member Nancy MacDonald expressed support for the purchase on behalf of all the members. 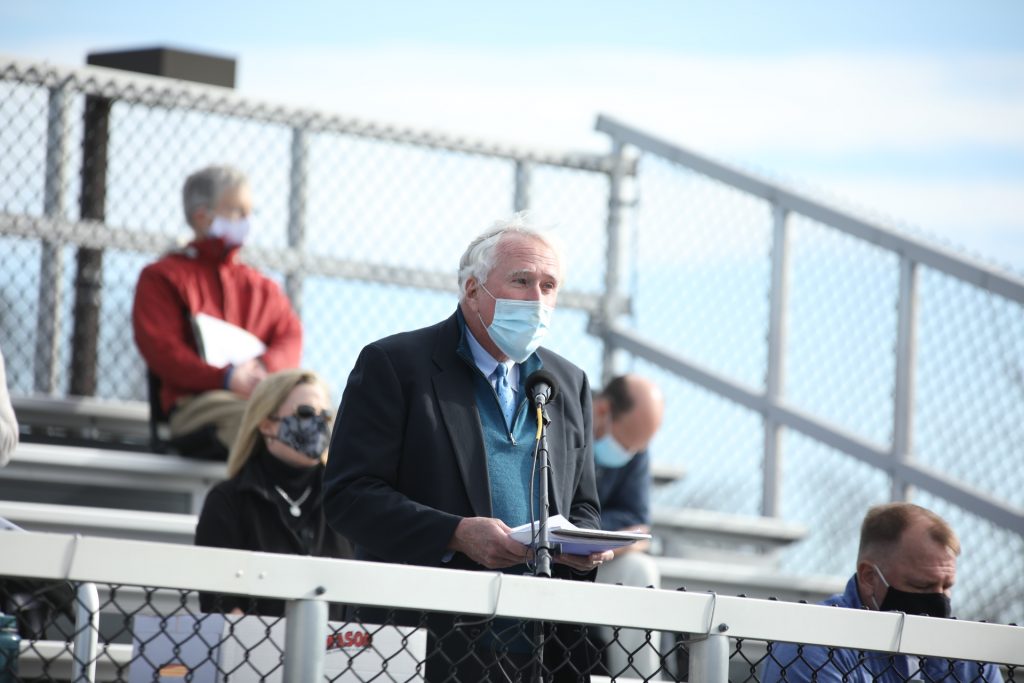 Advisory Committee Chair Robert Curley presented an overview of Hingham's finances to show that the town could afford the purchase and still have enough borrowing capacity to cover other capital expenditures. 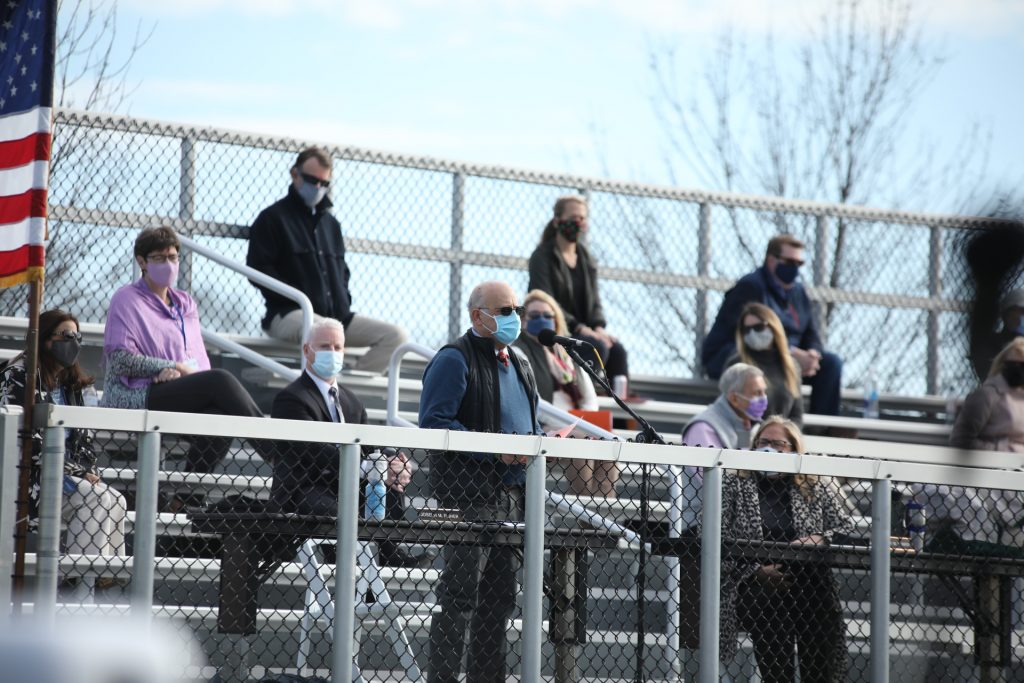 Selectman Joseph Fisher spoke in support of the warrant article on behalf of the entire board, reiterating that the purchase would not impact the town's ability to fund the Foster School project.

While supporting the purchase of the land for the proposed facility, Suzanne Garland read a letter that was part of a petition signed by more than 900 parents calling for the town to fully fund the Hingham Public Schools.

Priya Howell spoke in support of first responders, stating that response times are critical and that this parcel of land is suitable to serve the Rte. 3A side of town. She also advocated for an override to increase taxes to fully support the schools, seniors, first responders, and South Shore Country Club (improvements beyond the scope of the self-supporting enterprise fund that it operates as). "Hingham needs to stop slicing up the same small pie. It's time for Hingham to bake a bigger pie," she said. 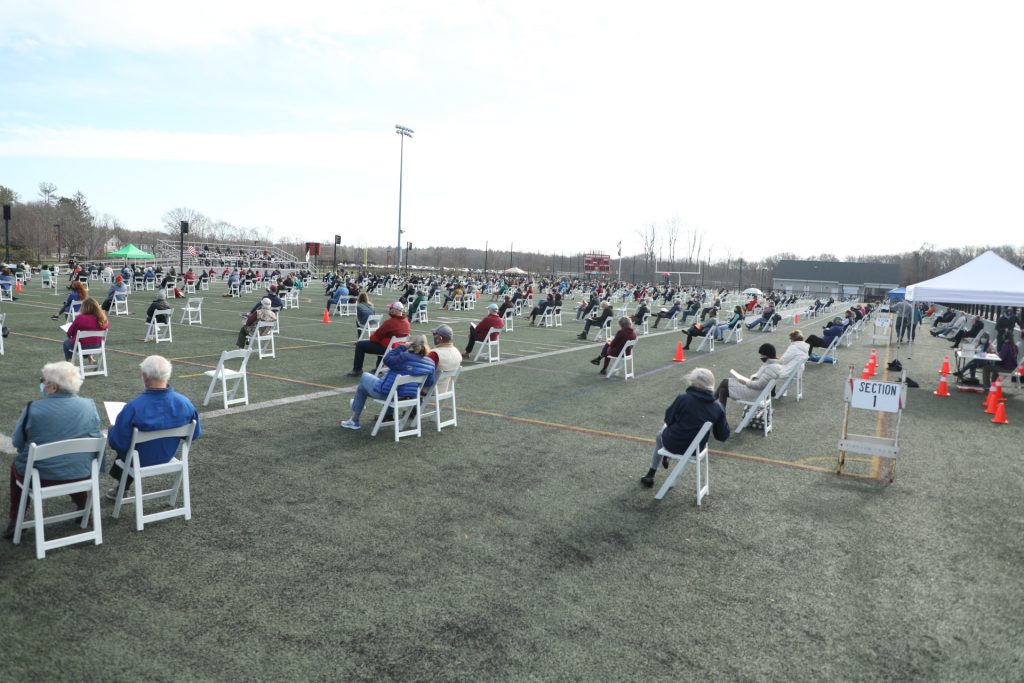 The total cost of the proposed public safety facility project -- with the most recent estimate at about $35 million -- was not the subject of this Special Town Meeting vote -- nor were voters asked to approve or to fund the building of the facility at this time. The price tag would be lower if the scope and size of the project changes.

Tom O'Reilly proposed an amendment to the original article -- to buy the land but to not take steps to construct any such building until funding for the Foster School project is in place.

However, Puzo did not allow the amended article because he said it was outside the scope of the original article.

O'Reilly then made a motion to table the discussion of the warrant, but a vote was taken and the motion was denied.

Additional attendees spoke both for and against the property purchase and asked clarifying financial questions surrounding the purchase. 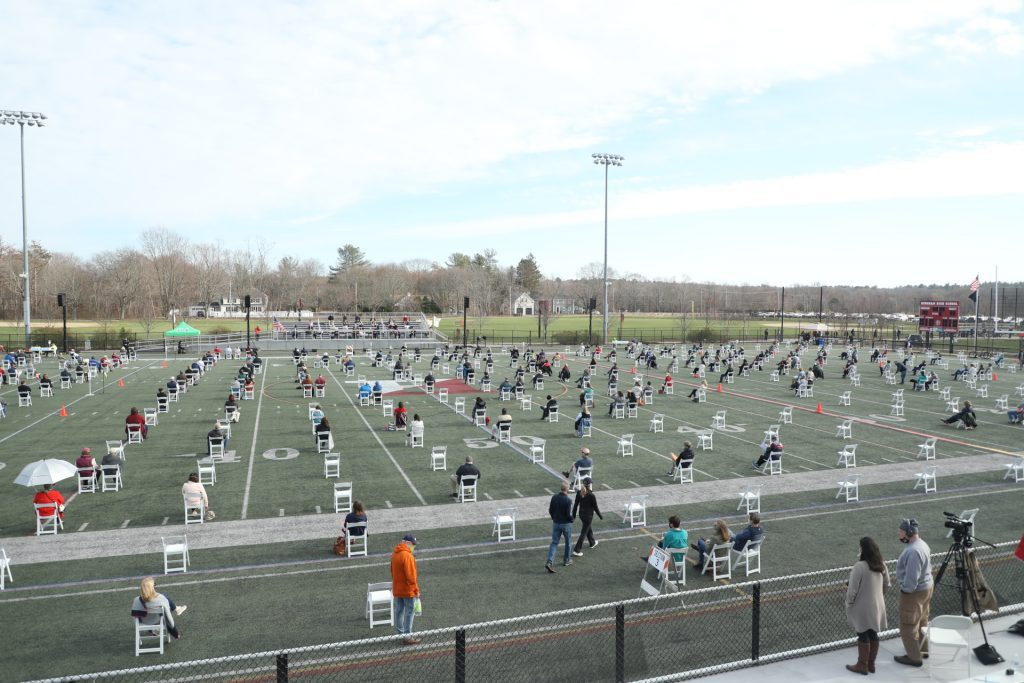 Christine Smith, advocating for the purchase, suggested that those present "take a deep breath and trust the process" -- that all the different projects on the table would happen in due time.

At the conclusion of the meeting and nearly 2.5 hours of discussion a voice vote and then counted standing vote, Moderator Puzo quipped "thank goodness we only had one article up for discussion."  After the warrant article to purchase the land at 335 Lincoln Street was adopted, a motion to adjourn by Selectmen Chair Mary Power was adopted by all.