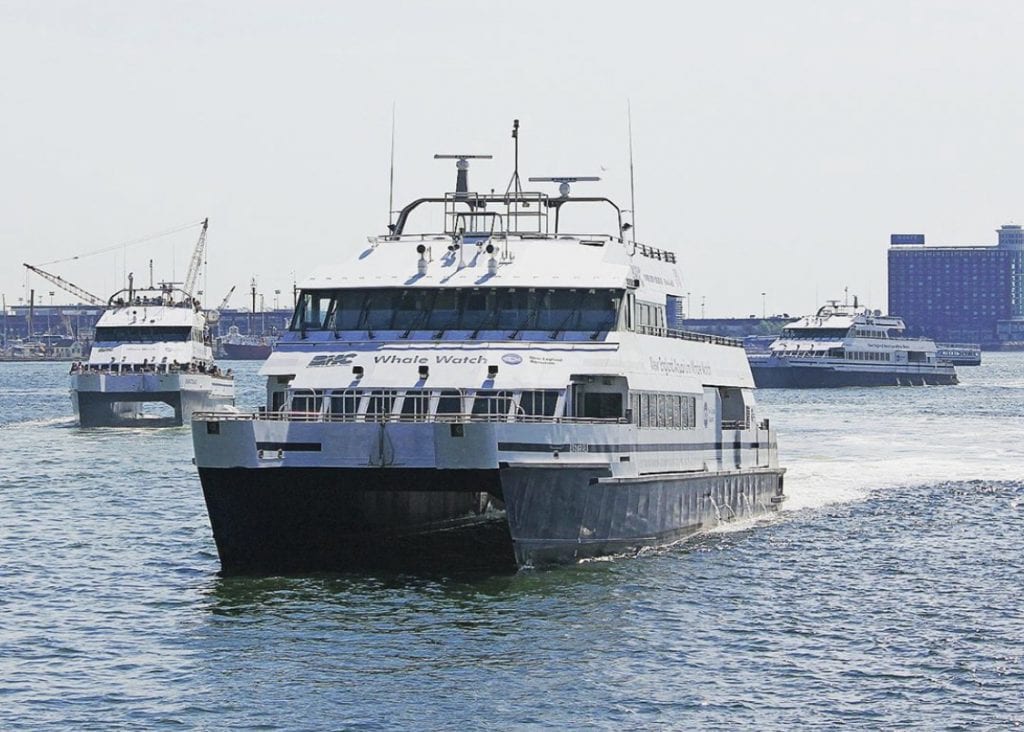 This Thursday, Nov. 19, is "Ride the Ferry Day" — when commuter boat advocates plan to demonstrate to the MBTA the importance of ferry service to Hull, Hingham, and other South Shore communities.

Residents from all towns affected by the T's proposed temporary elimination of ferry service are encouraged to take a ride on either the 7:45 a.m. ferry leaving from the Hingham Shipyard or the 7:30 a.m. ferry from Hull. Photographers and videographers are expected to be present to record the scene at both ferry docks. See hingham-ma.gov for details.

Ferry supporters are against any cuts in service but are particularly concerned that if the service is eliminated even temporarily, it may never be restored.

The next important date before a final decision is made on Dec. 7 about which MBTA services to cut — due to severe budget woes stemming from low ridership resulting from COVID-19 impacts — is Monday, Nov. 23, at 6 p.m. A remote meeting that evening will focus on proposed cuts that would specifically affect the South Shore.

"I encourage members of the general public to participate," Selectman Joseph Fisher said during last night's board meeting. Check hingham-ma.gov for further information about how to participate remotely.

"I'd like to tell you that the T has changed its mind and will keep the ferry going and not eliminate Greenbush commuter rail weekend service and cut back on evening trips, but there are no signs of that," Fisher said.

He was among the speakers at a recent press conference at the Shipyard. "We emphasized the negative impacts on Hingham residents and businesses and on other communities and that such cuts would hurt economic development and slow the state's ability to recover from the pandemic," Fisher said. "It would also put more cars back on the road and would hurt Hingham's affordable housing structure, which encourages people with lower incomes to move here with the promise of public transportation." Fisher was referring to 40B comprehensive permit developments which are allowed to have higher density in exchange for an affordable housing component.

The message to the MBTA, he reiterated, is that "there are real concerns about the proposed cuts."

Fisher noted that a member of the MBTA Fiscal and Management Control Board acknowledged recently that all things considered, the ferry "is one of the most cost-effective modes of transportation, so maybe that's an indication that the proposed [elimination of Hull/Hingham ferry service] deserves a second look," he said hopefully.

During another related meeting yesterday, there was discussion around the Big Dig mitigation agreement, which required a variety of public transportation improvements to be undertaken in order for the project to move forward. "There is a question about whether there are legal strategies that could be pursued," Fisher said.