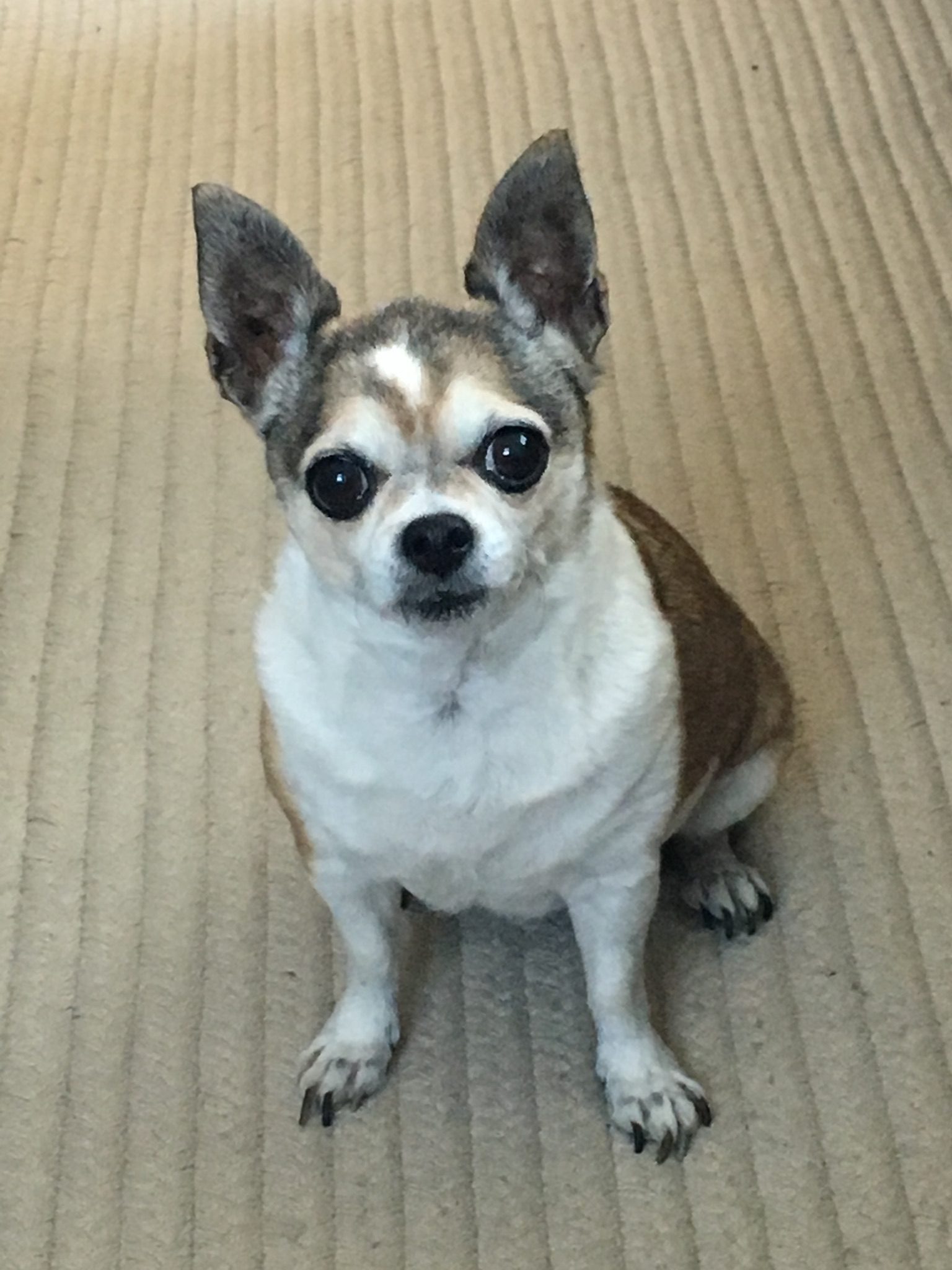 Margarita Penelope, Rita for short, has been a fixture of the Central Street scene in Hingham for many years. This pint-size character can be often seen walking down Central St. with her human Sean Fuller who at 6’3” makes quite the outsized companion for Rita.

For those who don’t know her, Rita the chihuahua is thought to be Hingham’s oldest dog at 18 years old. Her owners, Liz and Sean Fuller welcomed Rita into their home as a puppy after getting her from a Lowell breeder in March of 2004.

Rita has always taken the well-being of her humans seriously. When Liz was pregnant with both of her children, and on bedrest, Rita was always by her side. Once, when Liz was admitted to the hospital for several days, Sean snuck Rita in for a visit. Amazingly, she went unnoticed by anyone until her excitement got the better of her. The nurse entering the room was more than a little surprised to hear the barking, as it is not a typical sound to hear in a hospital room. 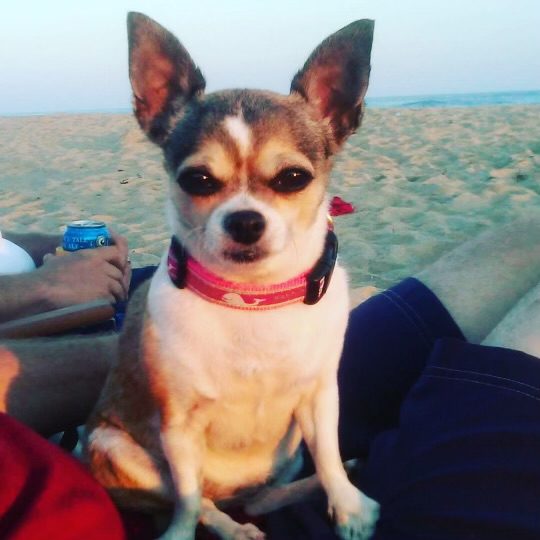 That is the kind of dog Rita has always been. From a young age, she would ride in coats or under strollers, always part of the family. These days Rita doesn’t get out too much. Old age has gradually stiffened her legs and slowed her gait, but for years she would happily walk for miles. Liz fondly remembers the scene of Sean and Rita walking, looking like he had a squirrel on a leash.

Everyone wants to know the secret of this golden girl's long life. While chihuahuas tend to live 12-14 years, there is no doubt that Rita has lived well into an advanced old age. The secret starts with a life full of joy from humans that look after her every need and want. It rounds out with healthy activities like taking her to the field behind town hall daily when she was younger to run and play freely. It is filled with a thoughtful diet full of healthy food and supplemented with carrots, red peppers, peas and green beans.

Rita's owners, Liz and Sean, sum it up best when they share, “Honestly, Rita has been the best dog we could’ve ever asked for. Loving, loyal, obedient, protective, and fun. We’ve been so fortunate to have her in our lives for as long as we have. She’s the love of our lives!" 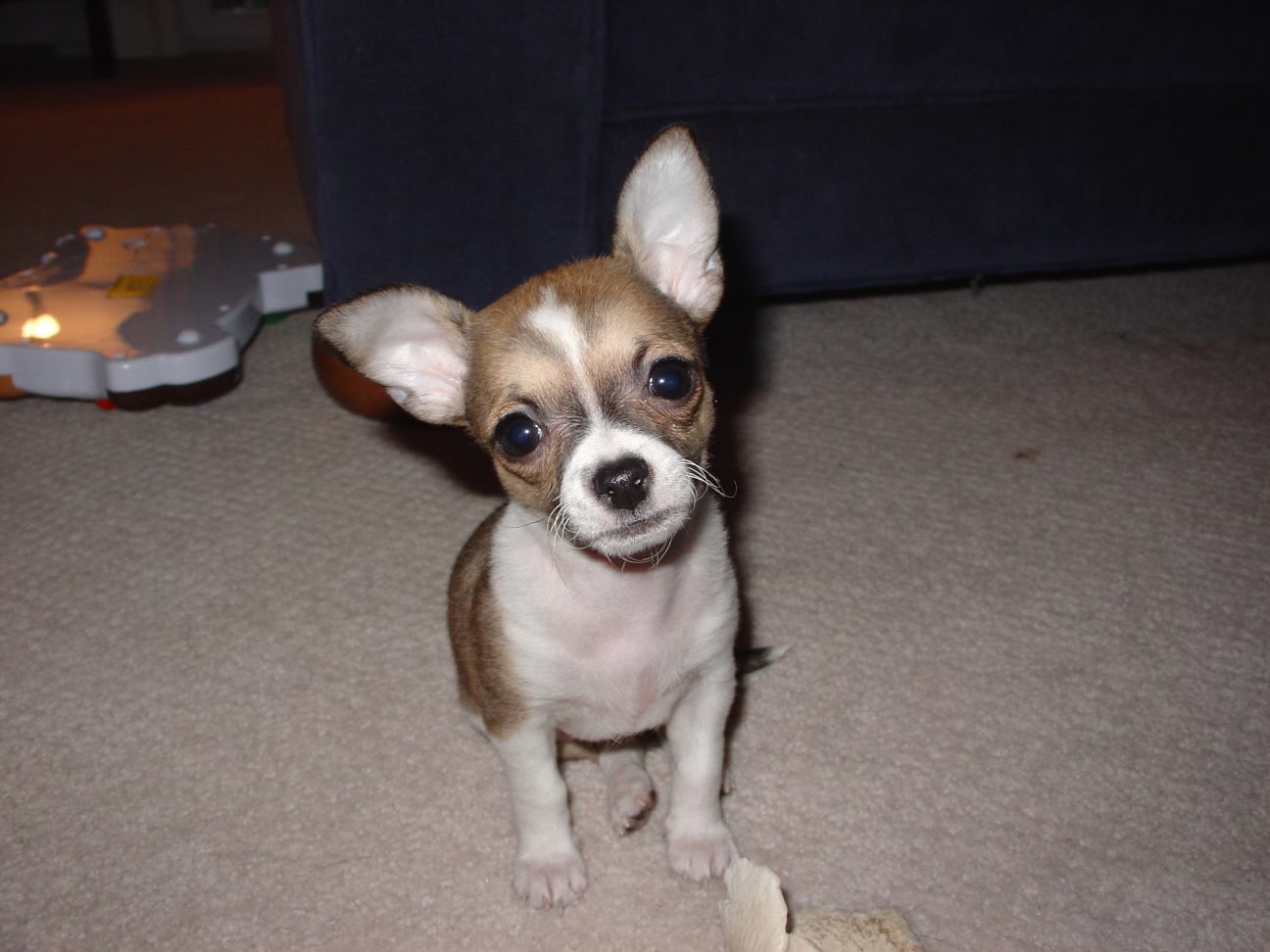