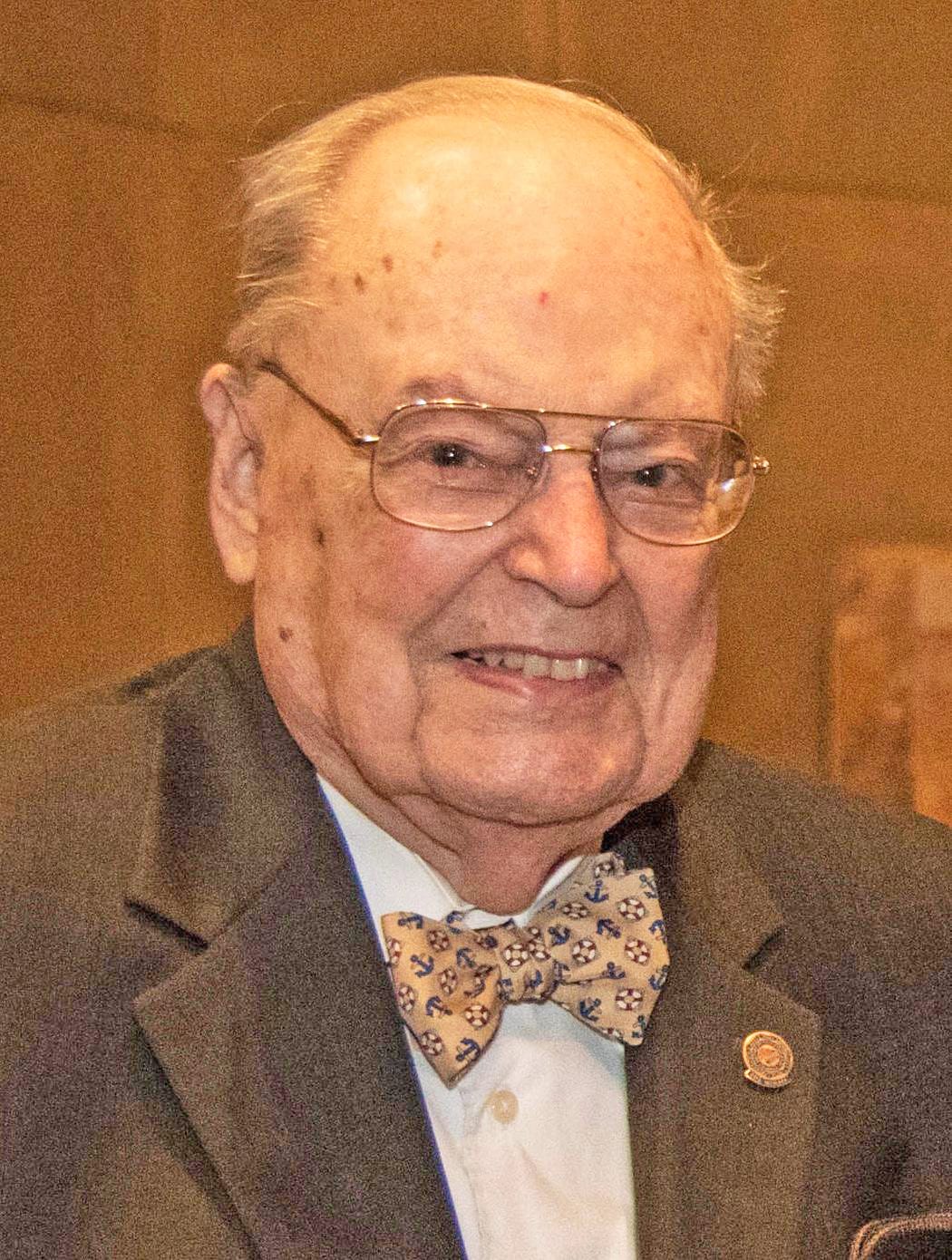 The son of the late Richard and Minnie Weston, Richard was born and raised in Philadelphia, PA. He graduated from Frankford High School in 1936 and from Drexel Institute of Technology in 1942 with a degree in Civil Engineering.

Richard “Dick” is survived by the love of his life Harriet F. Weston to whom he was married for sixty years. Devoted father of John R. Weston of Roslindale, James L. Weston and his wife Suzanne of Rockland, and loving grandfather of Ian and Evan Weston. Beloved cousin of Letty Schultz, Eleanor Breckley, and Steve Breckley.

A member of the Greatest Generation, Dick joined the Navy in 1942. He served in WWII as Lt. Commander on the USS Stevens DD479 until 1946, retiring from the Naval Reserve in 1958.

A resident of Hingham since 1964, Dick valued community service. He was a 50 year Mason, past Grand Master of the Old Colony Lodge, member of the Taleb Grotto, and the Military Officers of America Association, through which he had many dear friends.

Burial with full military honors will be on Wednesday, February 24, 10:30am at the Massachusetts National Cemetery in Bourne, MA.

In lieu of flowers, donations may be made to Shriner’s Hospital for Children, the US Navy Memorial, or the YMCA.

For additional information and the online guestbook, please visit www.DowningChapel.com.