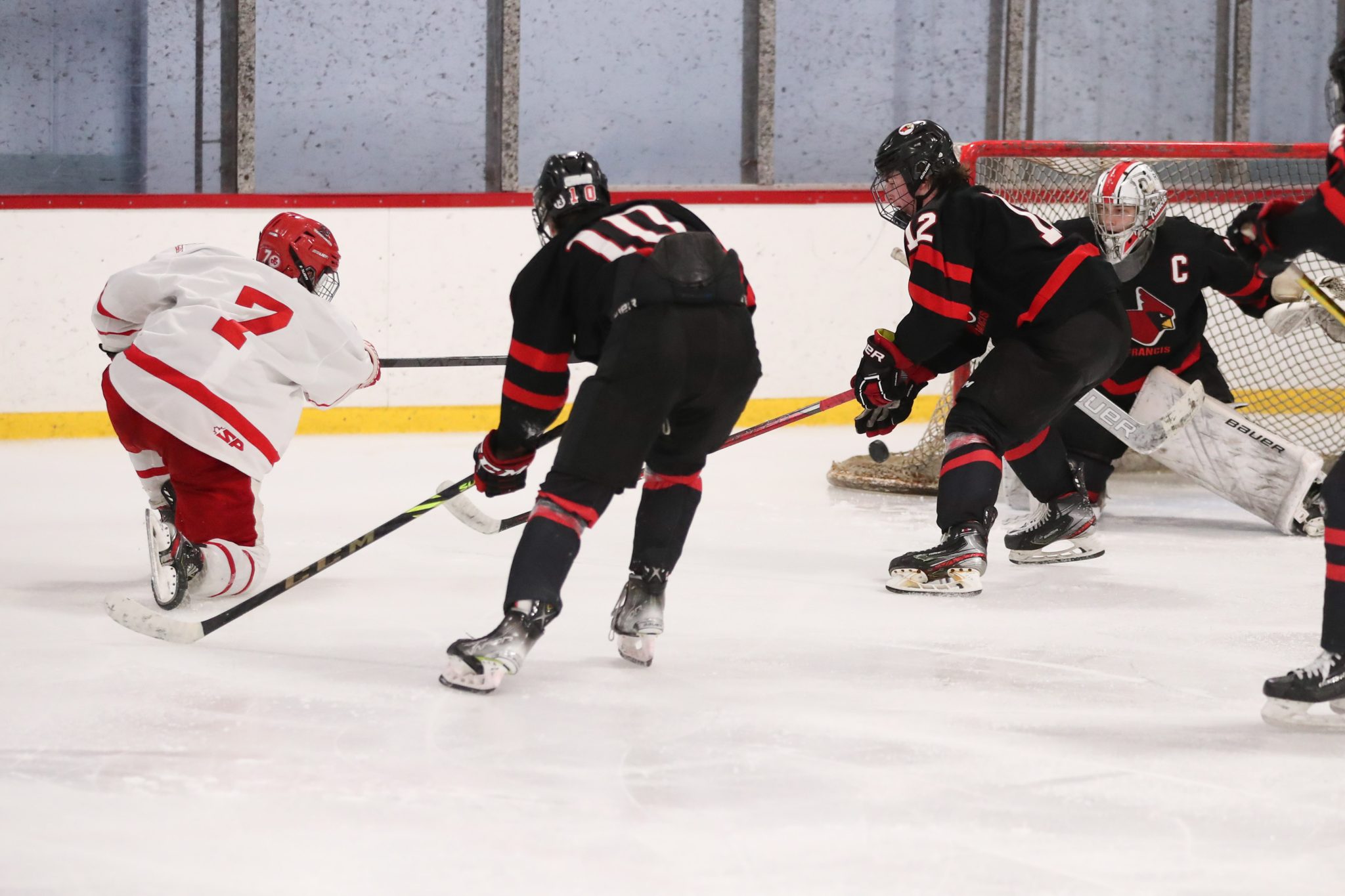 Junior Chase McKenna puts in his own rebound for the eventual game winner on Saturday.

With three unanswered goals, Hingham took it to Pope Francis after the Cardinal's first period goal.  Senior captain Sean Garrity tied the game towards the end of the first.  Junior Chase McKenna put in the game winner early in the third and senior Connor Walsh potted the insurance goal later in the period.  Freshman Keagin Wilson had another outstanding performance in net. 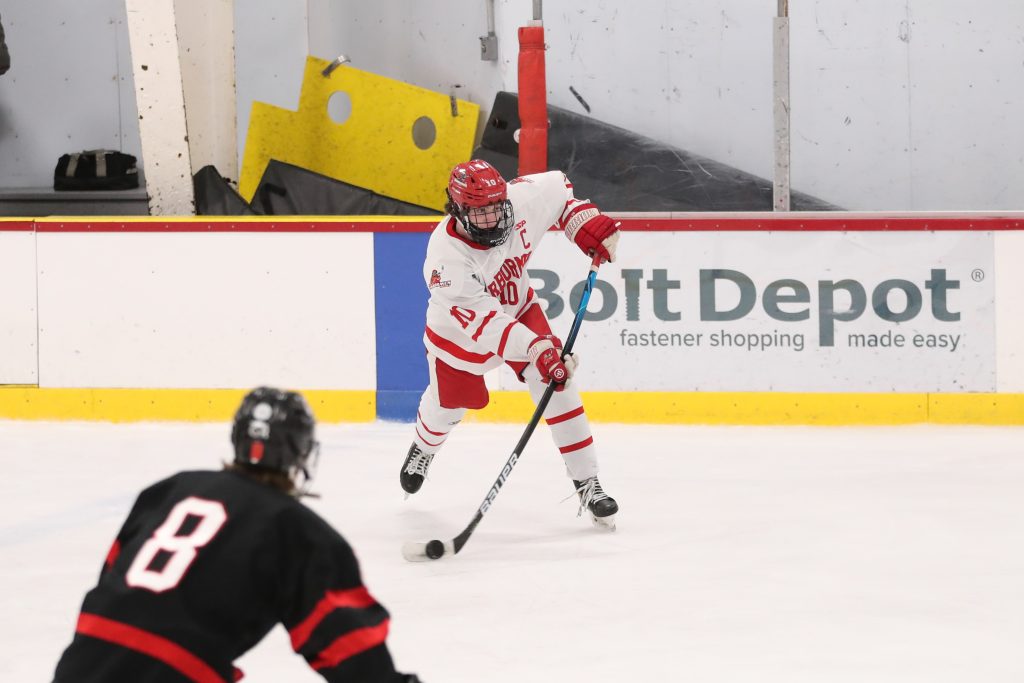 Senior captain Drew Carleton with a shot early in the game. 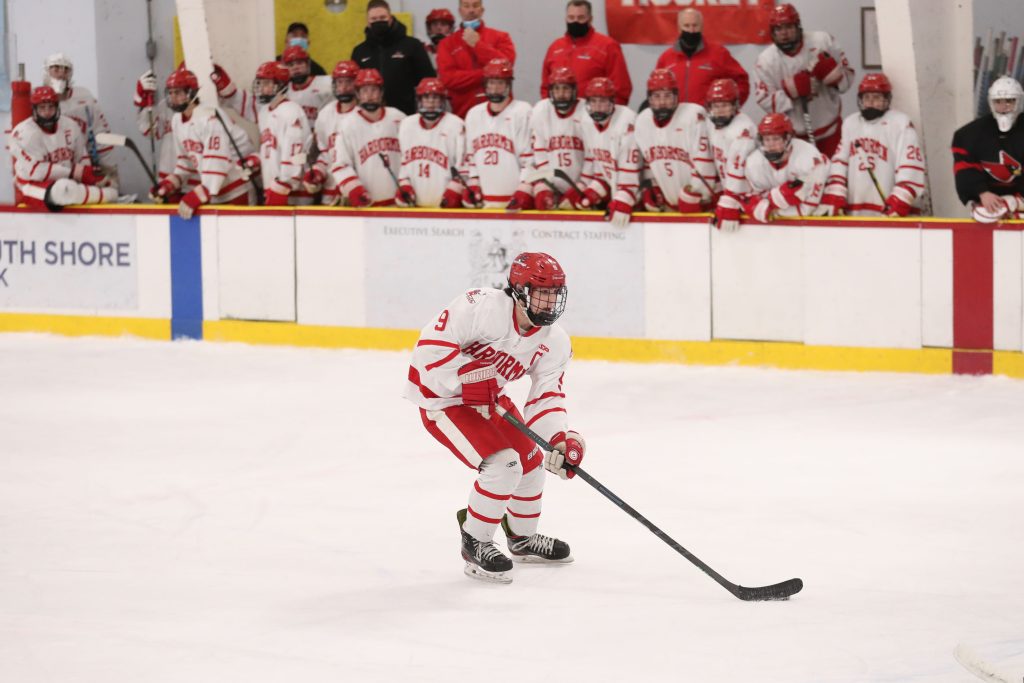 Senior captain Sean Garrity brings the puck through the neutral zone in the first. 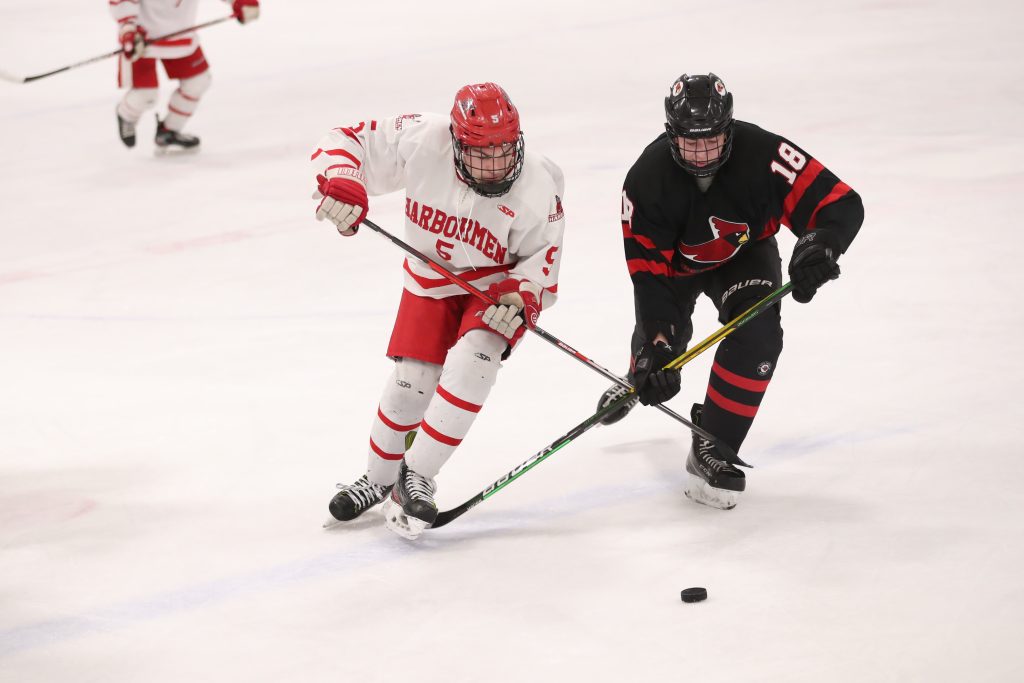 Senior Ryan Burns battles for the puck after a face-off. 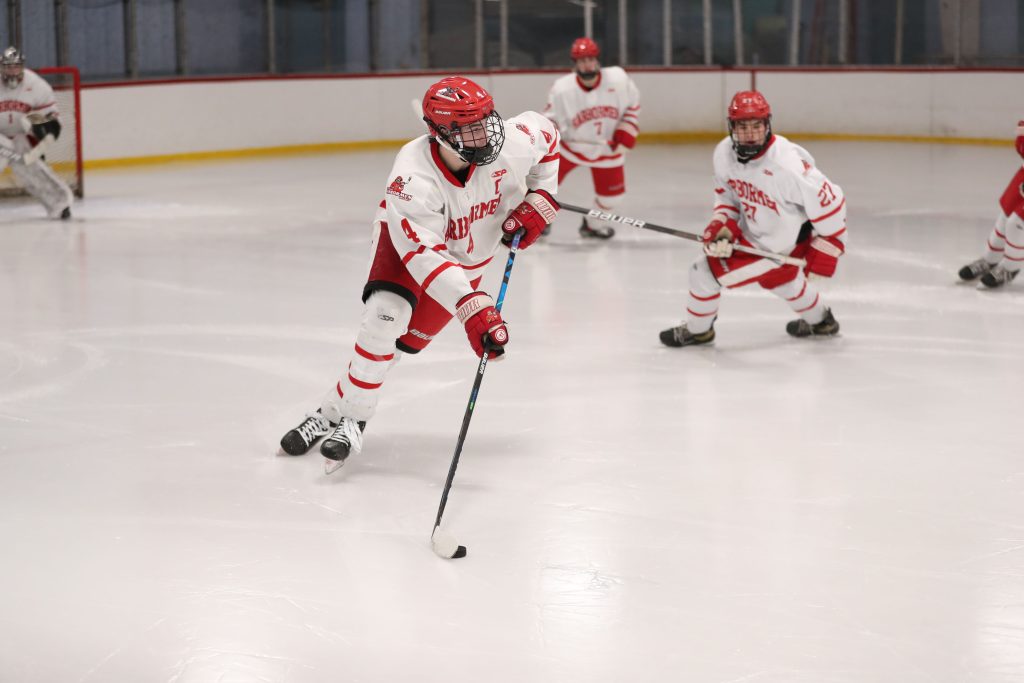 Senior captain Bobby Falvey takes the puck out of his end. 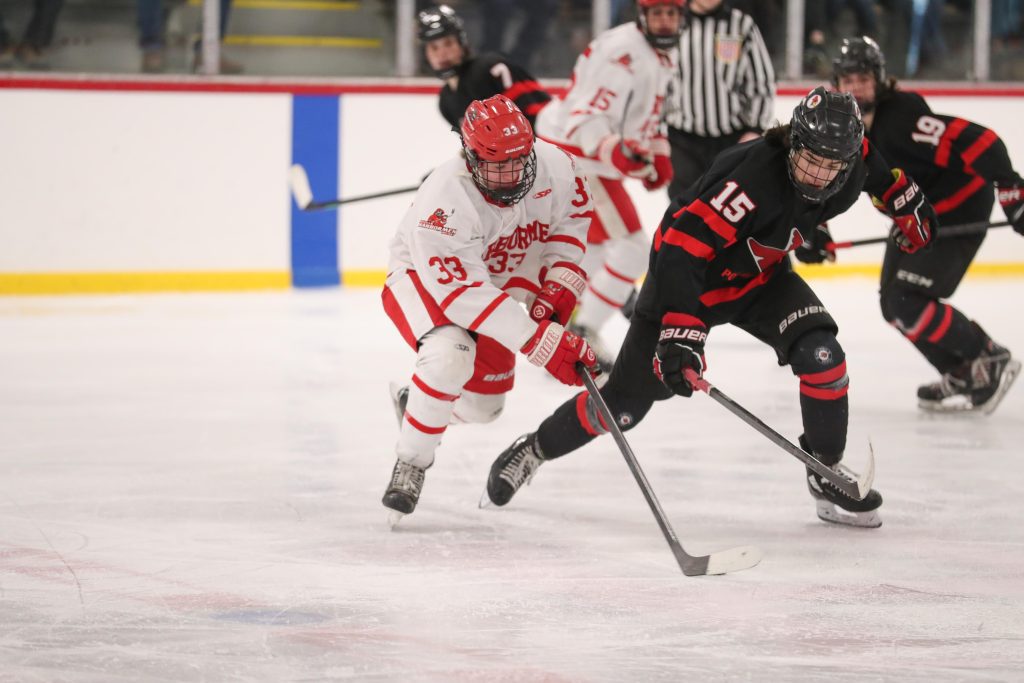 Senior Alex Barzwoskas fight for a loose puck in the second period. 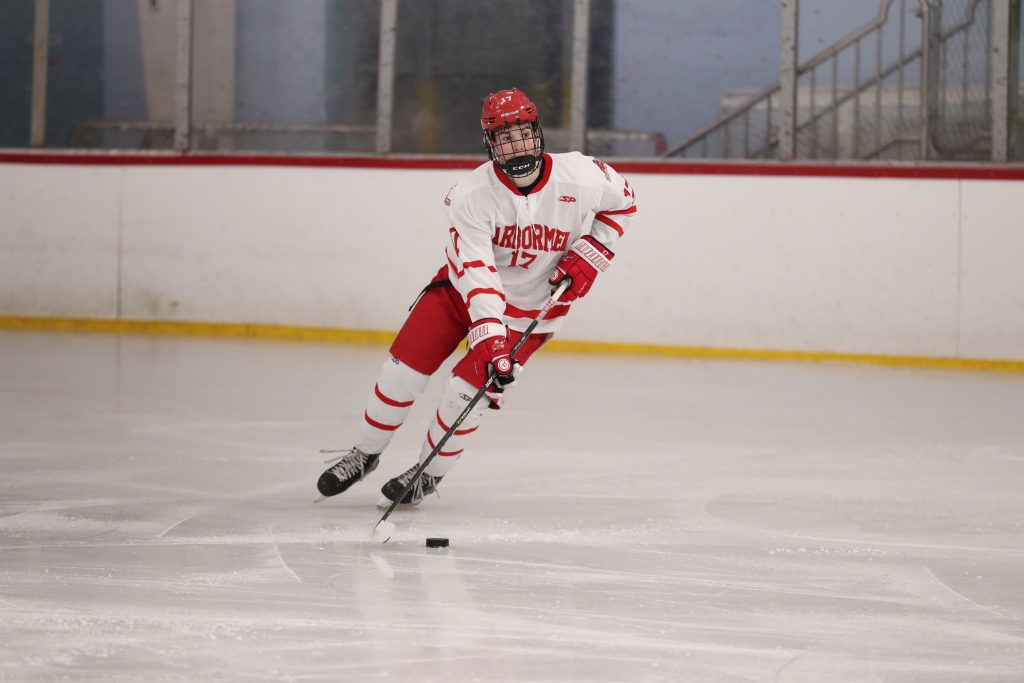 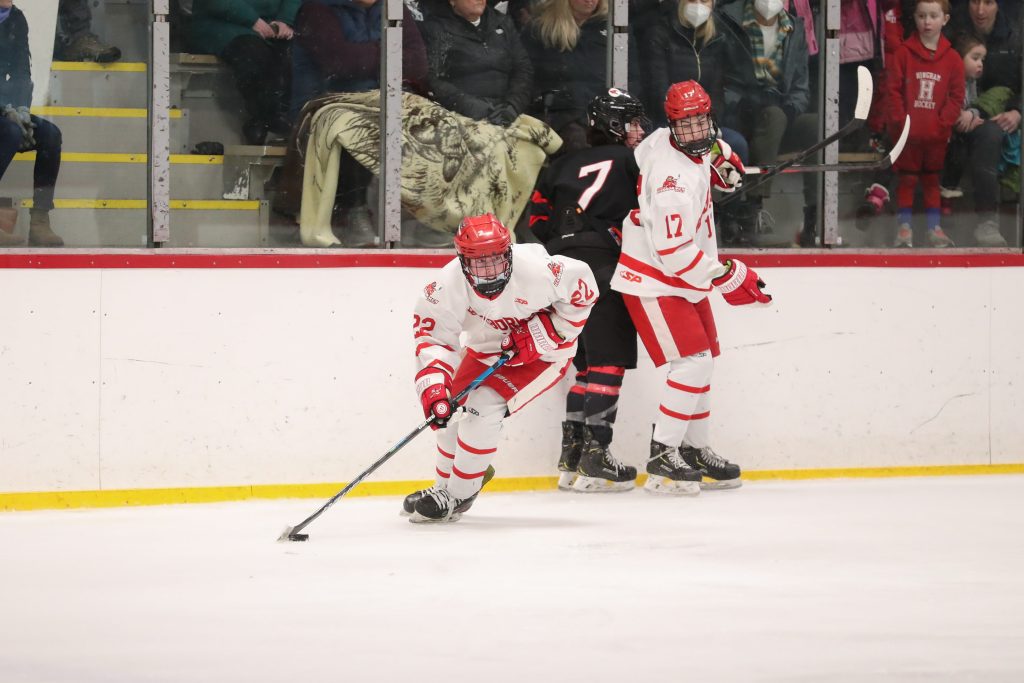 Junior Connor Richardson comes away with the puck after a battle along the boards. 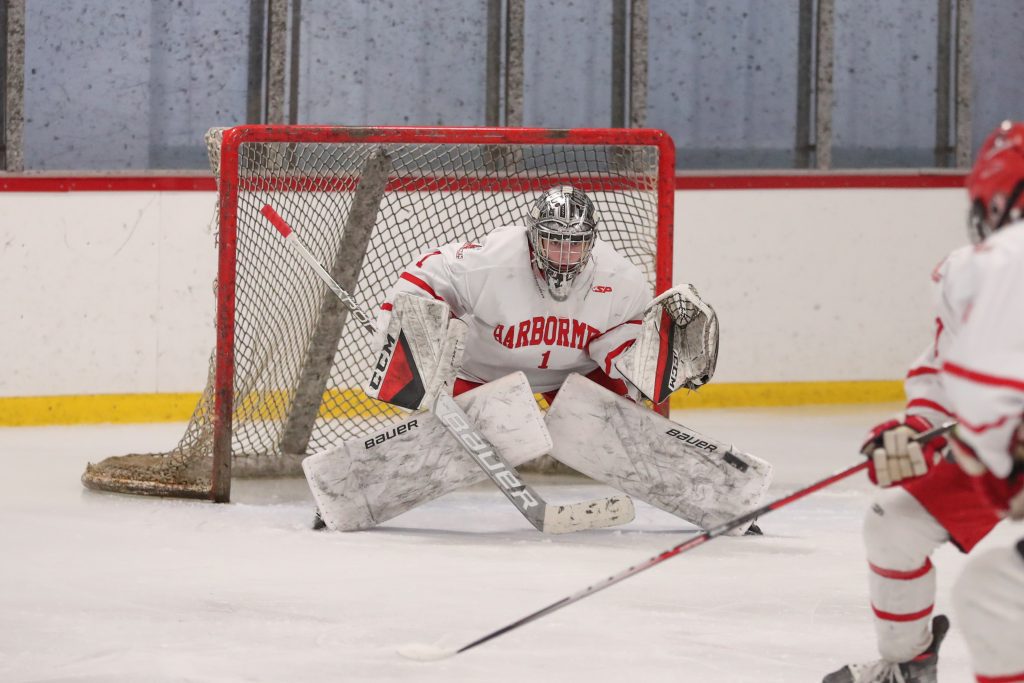 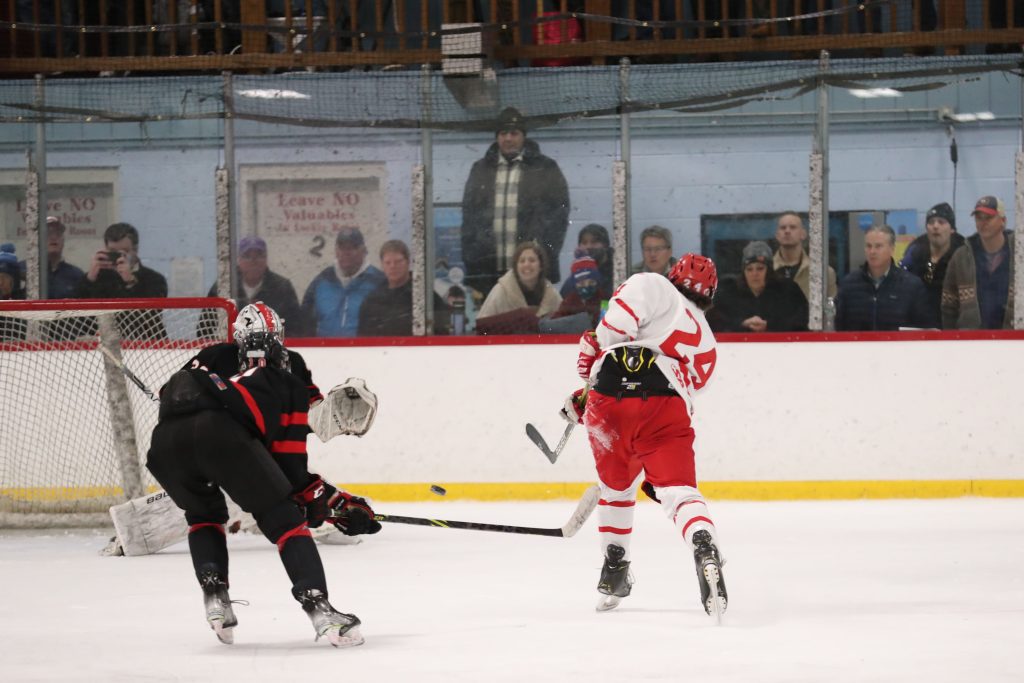 Senior John Choueiri fires a shot on a breakaway late in the second period. 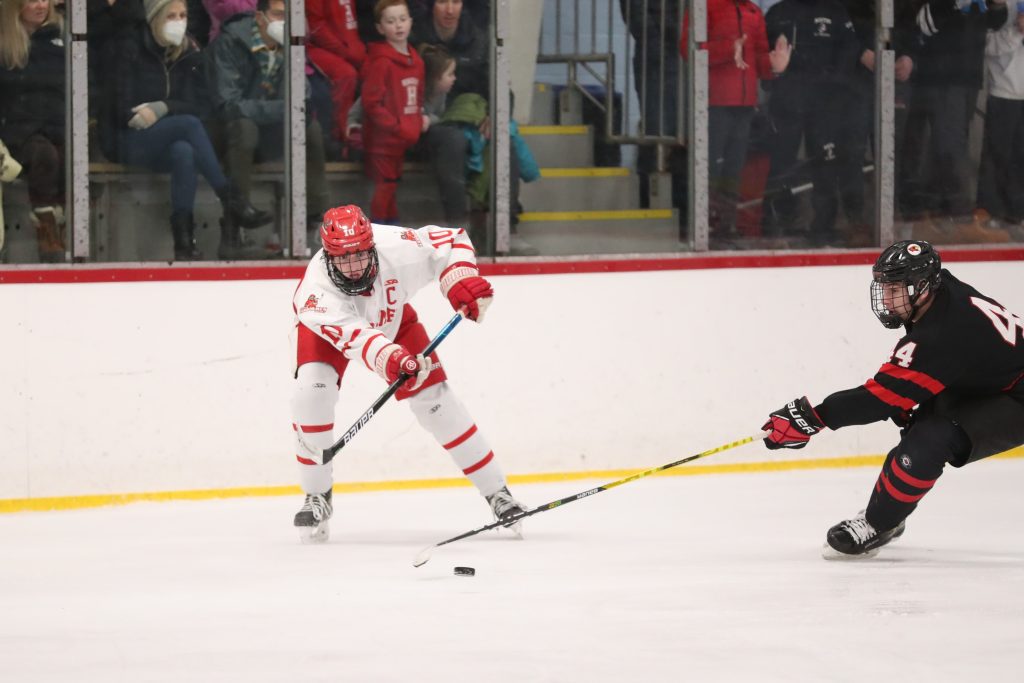 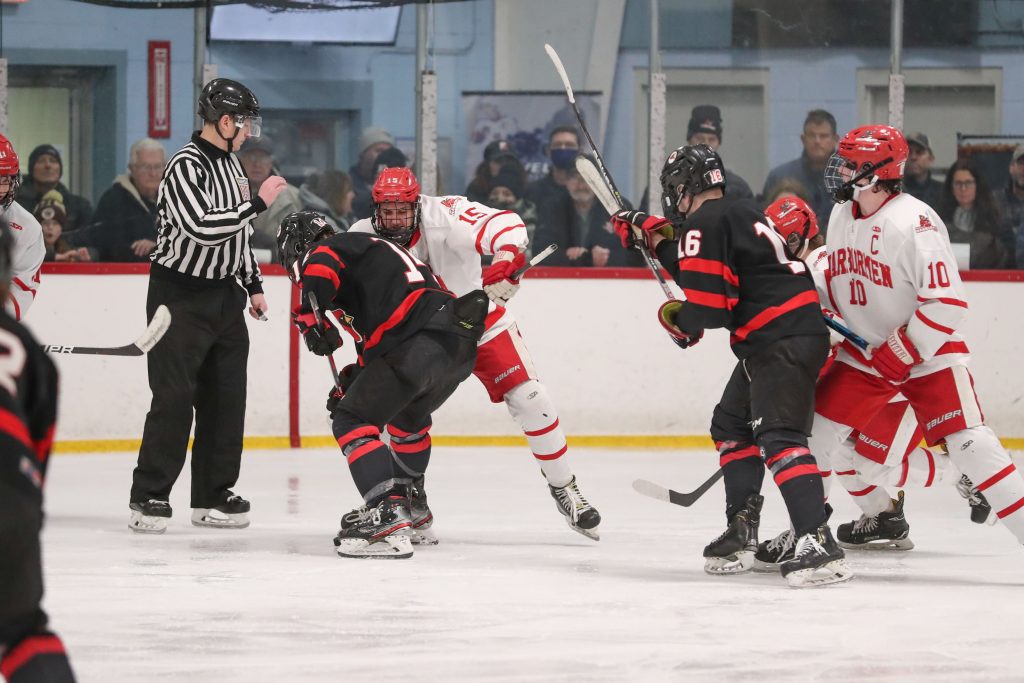 Senior Wyatt Iaria trying to get possession of the puck during a face-off. 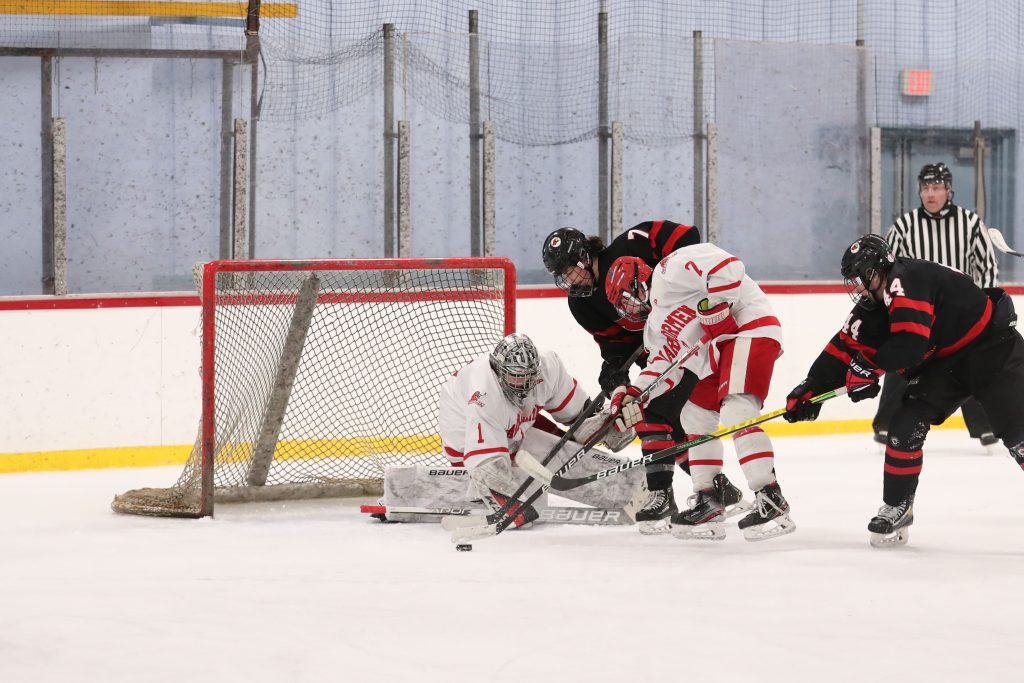 Junior Chase McKenna helping his freshman goalie by clearing out traffic in front of the next. 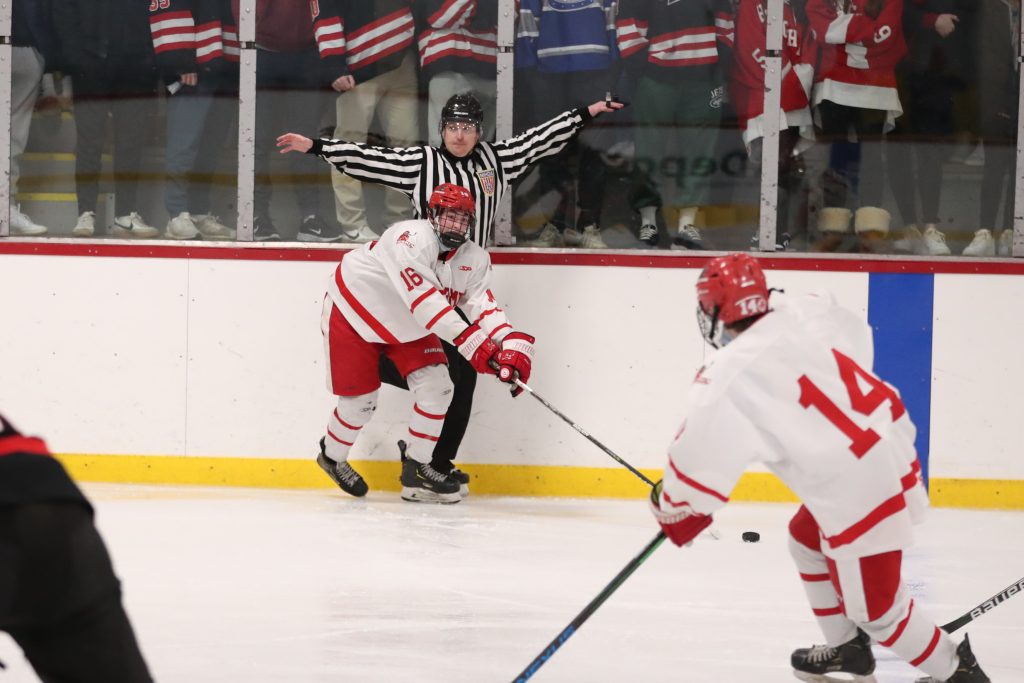 Sophomore Travis Rugg manages to keep the puck in the offensive zone in the second. 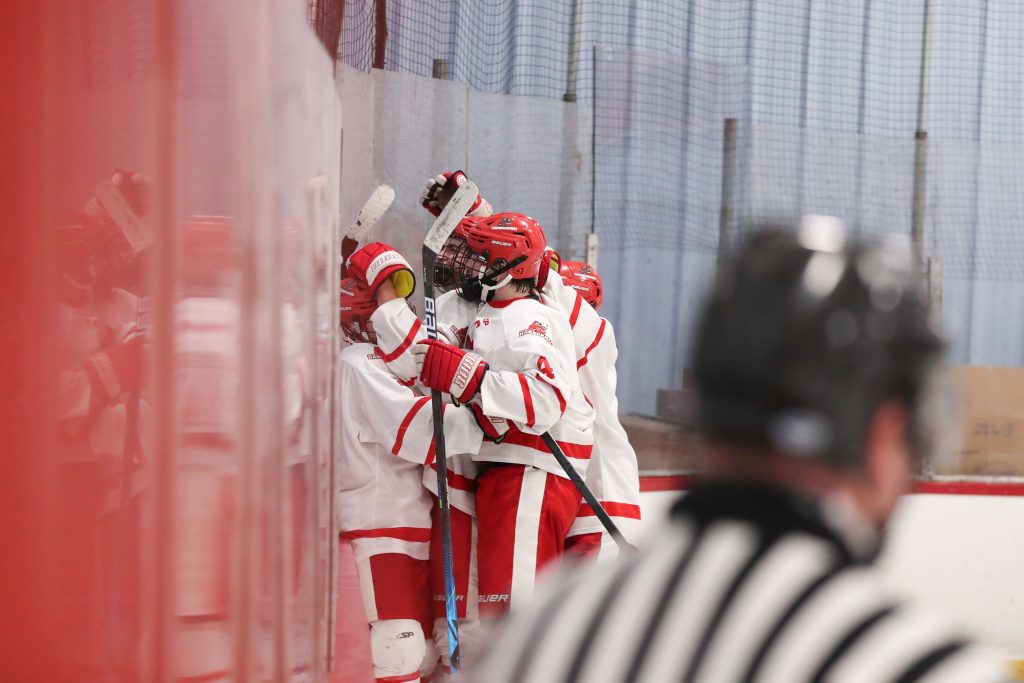 Teammates smother junior Chase McKenna after his go ahead goal. 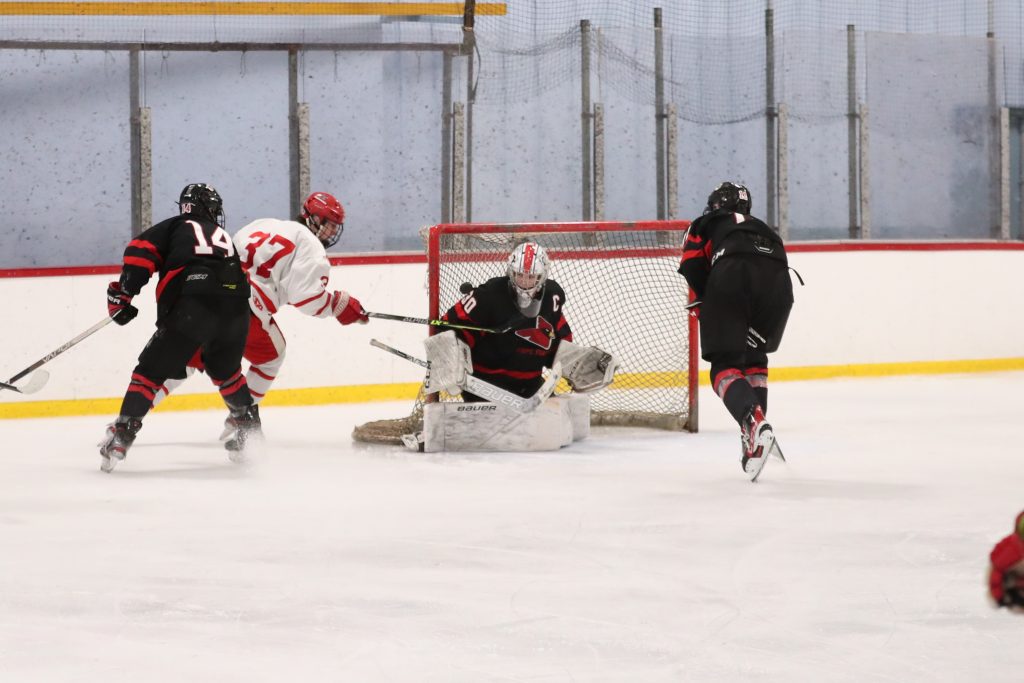 Junior Aidan Brazel almost puts one over the goalie's shoulder. 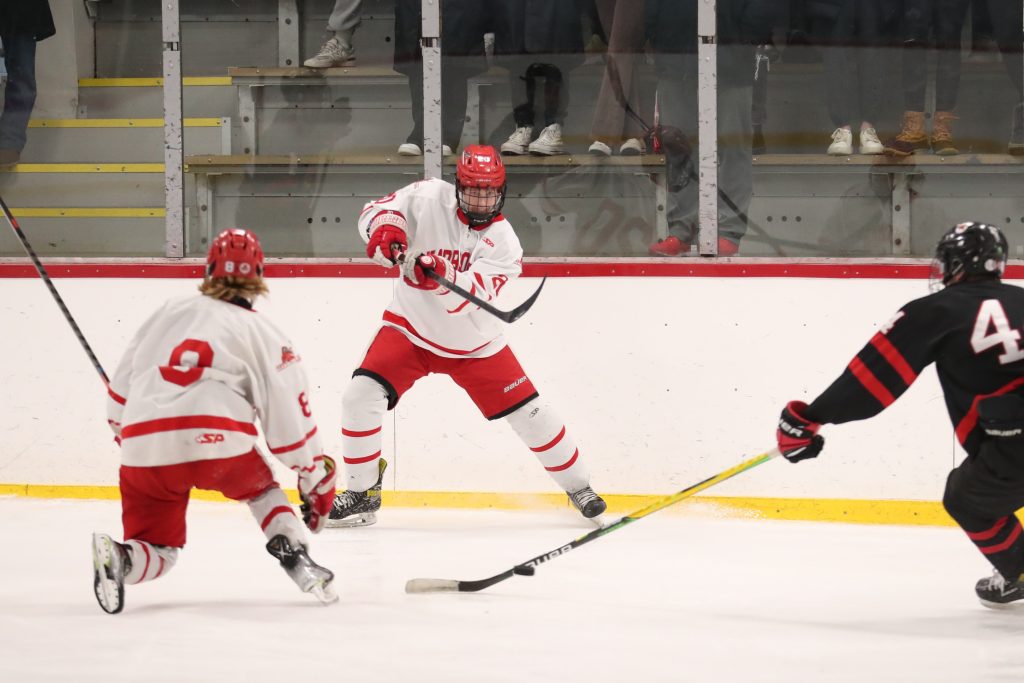 Junior Allu Linna with a nice pass just under the stick of a Pope Francis player. 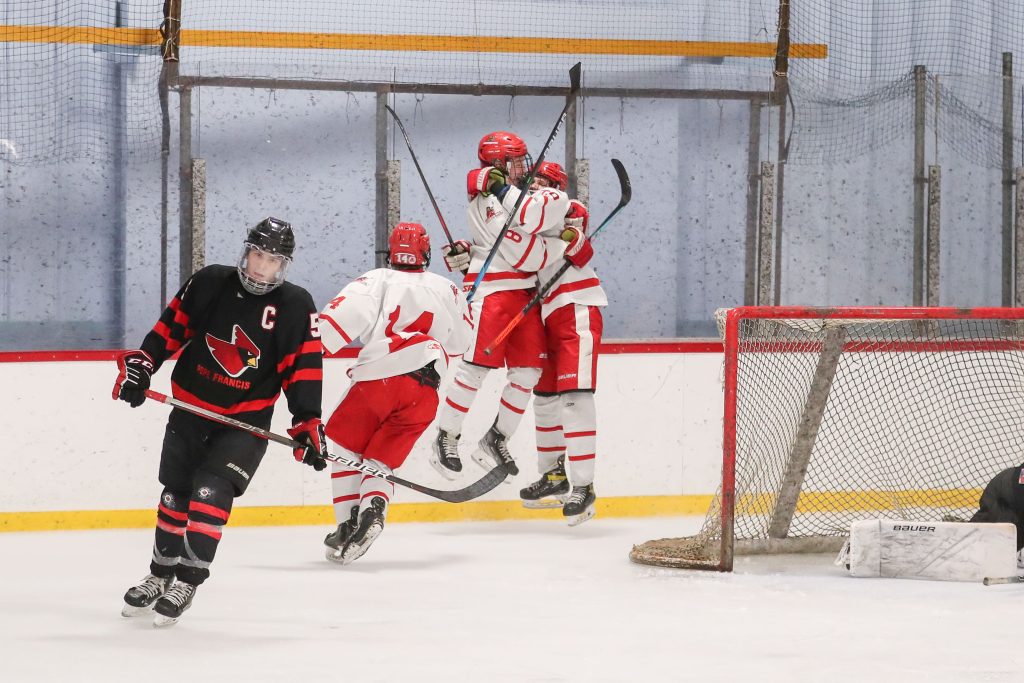 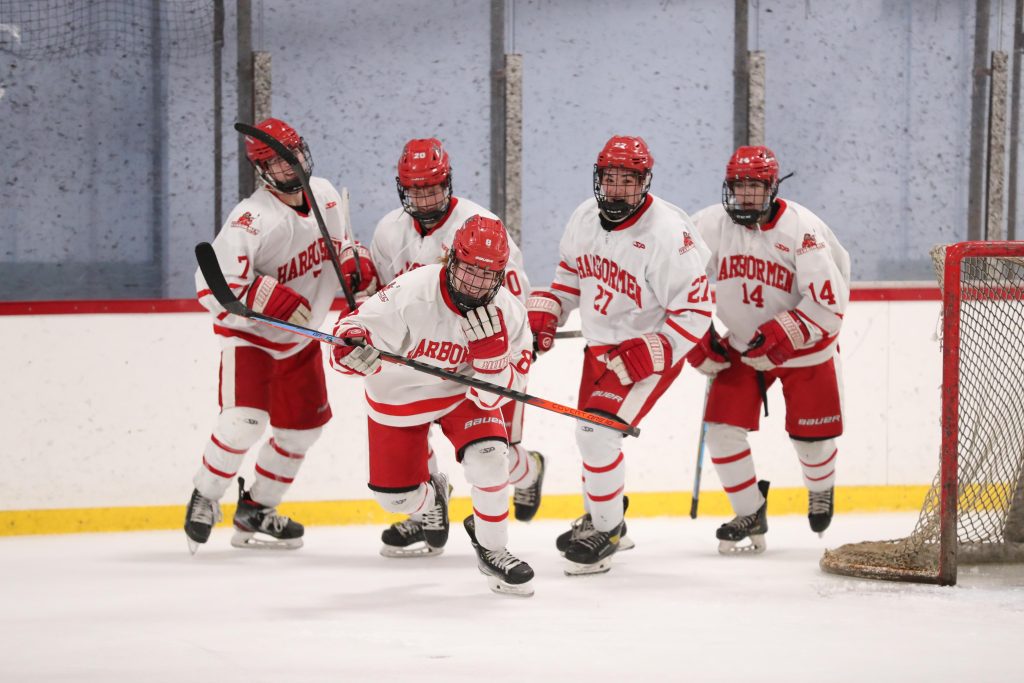 All smiles as Hingham goes up by two half way through the third. 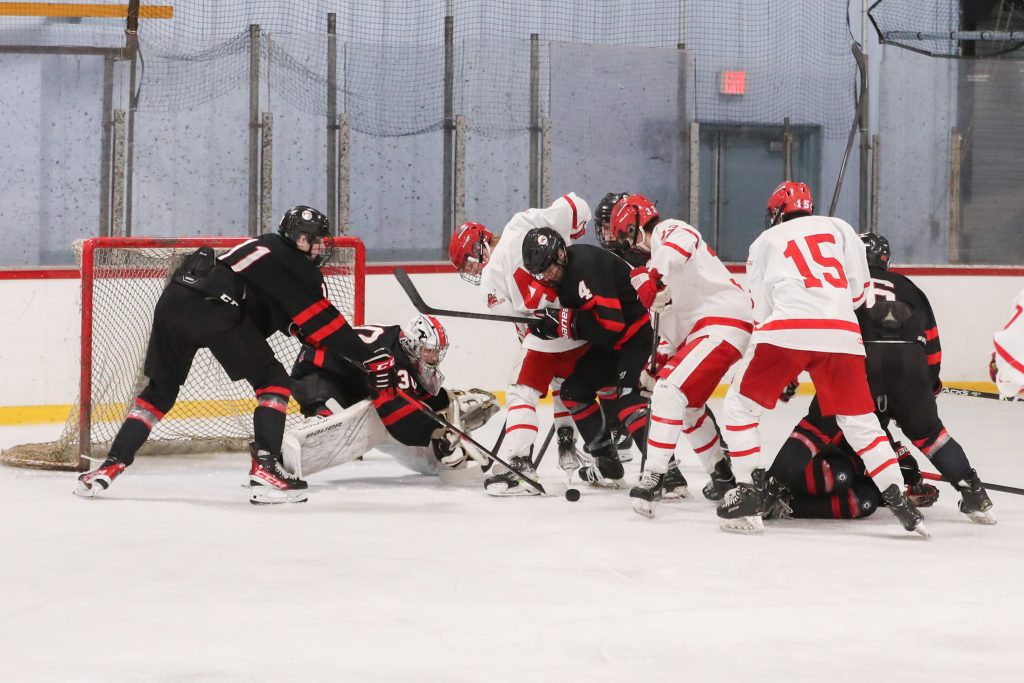 Hingham looking to add more with lots of traffic in front of the Cardinal's net. 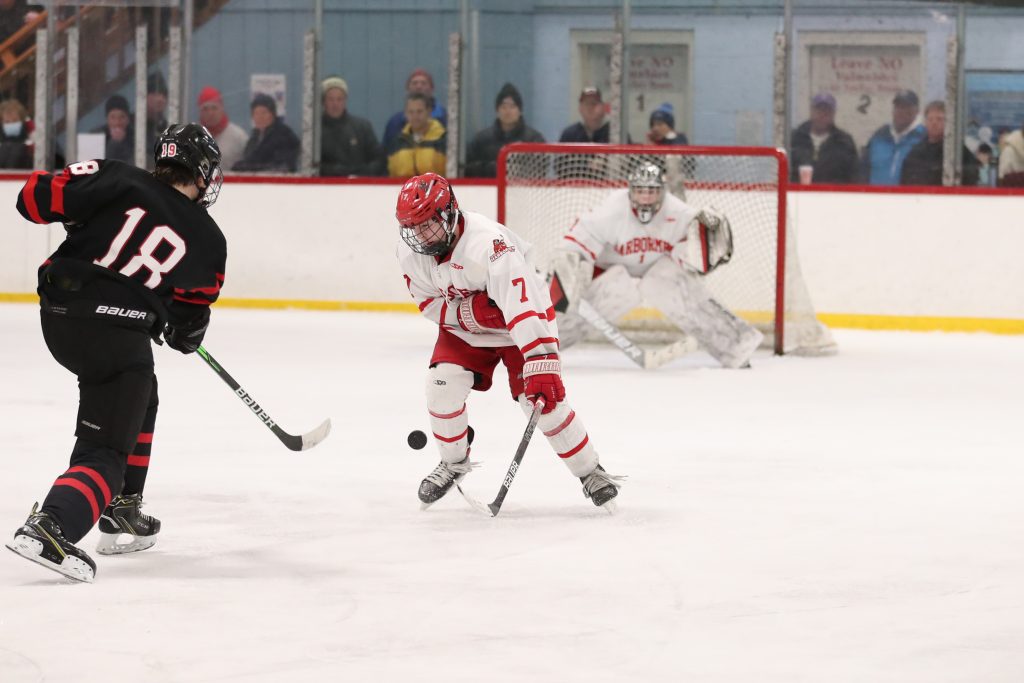 Junior Chase McKenna steps in front of slap shot late in the game. 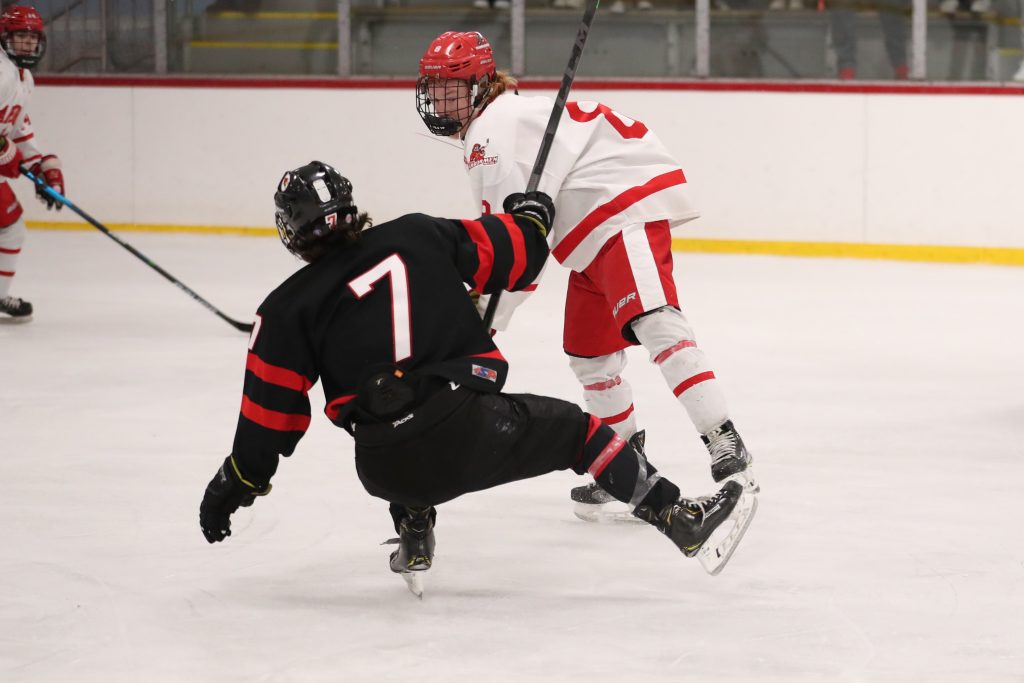 Senior Connor Walsh was called for an elbow on this hit on a Cardinal's player. 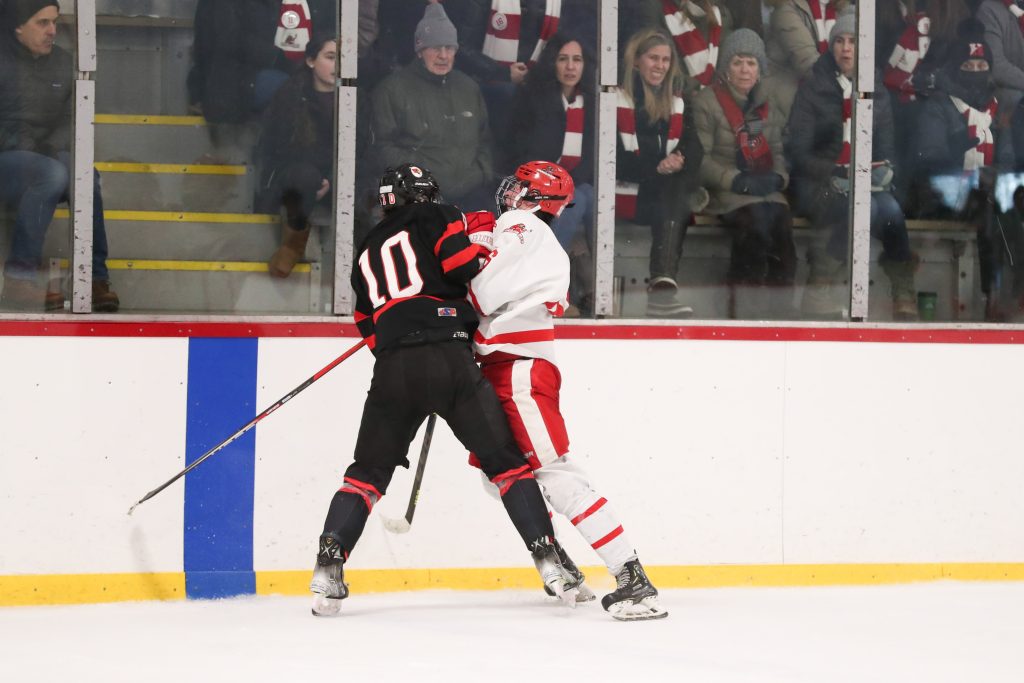 Sophomore Travis Rugg finishes his check late in the game. 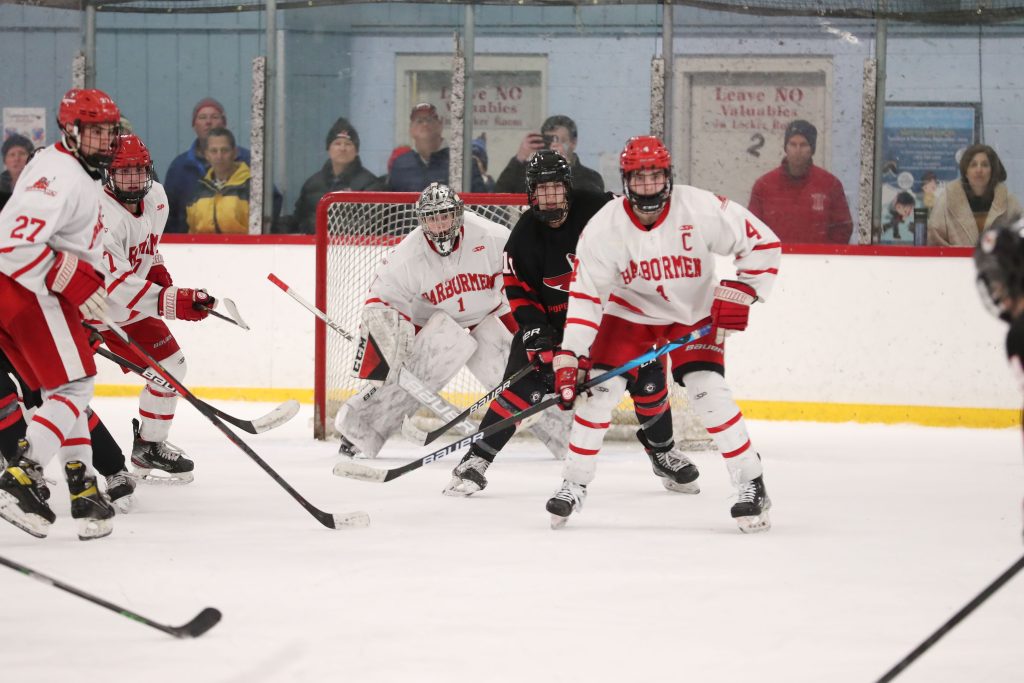 Freshman goalie Keagin Wilson locates the shooter in the final seconds of the game.