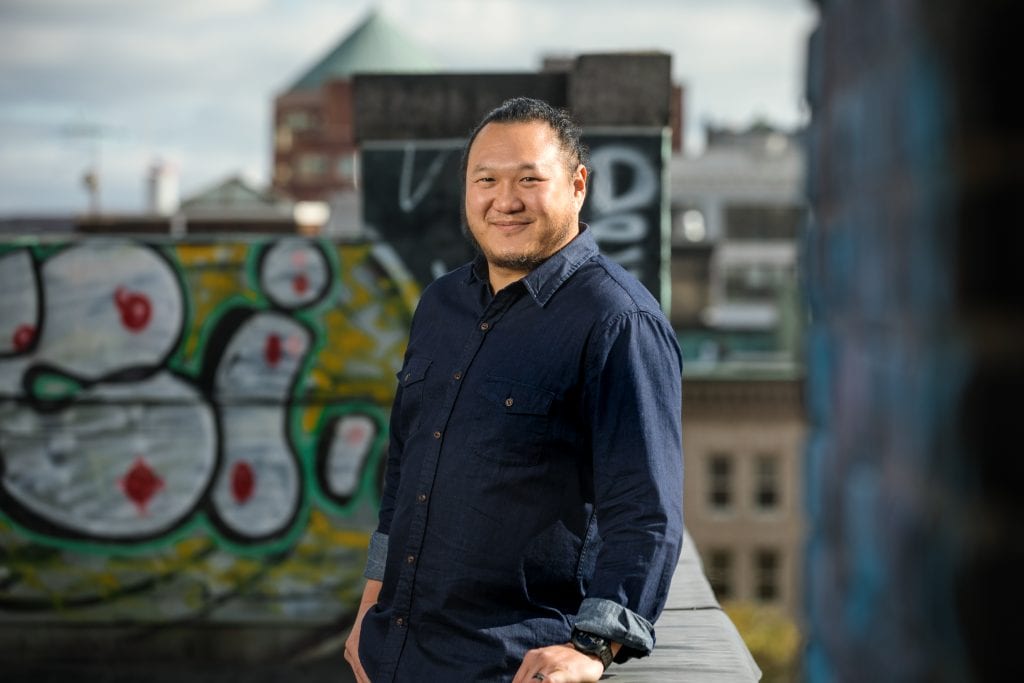 Exciting news for local food lovers - a new restaurant is coming to Derby Street Shops - Nomai, by owner Brian Moy, Executive Chef Mike Stark, and their team behind popular Boston restaurants, Shōjō and Ruckus. Nomai is expected to open in the spring of 2021 and will be in the former Rustic Kitchen space.

The son of entrepreneurial immigrants, owner Brian Moy grew up surrounded by the sights, sounds, and smells of his father’s iconic Chinatown restaurants, China Pearl and Ho Yuen Ting on Hudson Street. With his family roots in mind, Brian set out to create a new generation of Chinatown restaurants that would draw younger and more diverse crowds into the tight-knit Chinatown area. He opened his first venture, Shōjō, next door to China Pearl in 2012, serving contemporary Asian small plates and creative cocktails; it quickly became a fixture amongst adventurous, urban diners. In 2016, Brian took over Ho Yuen Ting, adapting his father’s concept to become the now-closed BLR (Best Little Restaurant). In 2017, Brian opened Ruckus, a pan-Asian noodle bar adjacent to Shōjō where guests can enjoy hip-hop-inspired food in a fast-casual setting. Most recently, Brian opened an outpost of Shōjō in Boston Logan Airport’s Terminal C, offering grab-and-go favorites from the Chinatown staple, along with a full bar.

Chef Mike Stark has enjoyed a rising career in Boston working with some of the city’s most well known owner-operators. As Chef de Cuisine of Jamie Bissonnette and Ken Oringer’s Toro in the South End, he had the opportunity to succeed under his mentors for six years. Seeking a new style of cooking, he accepted a position at Tiffani Faison’s Southeast Asian concept, Tiger Mama when it opened in 2015. As Executive Chef at Shōjō, Ruckus, and Shōjō at Boston Logan Airport, Mike is tasked with daily menu creation and oversight of the company’s three kitchen teams where they work to create unexpected interpretations of Asian standards, elevated by high-touch hospitality. Together with Brian Moy and the Shōjō team, he is now setting his sights on the South Shore with the opening of Nomai at Derby Street Shops.

“We are always looking to bring new flavor to Derby Street. Brian Moy and Executive Chef Mike Stark are known for creating standout dining experiences in Boston and we are so honored to be the location of their next venture and first restaurant South of Boston. They are a spectacular team opening what it is sure to be a destination for all South Shore foodies. We can’t wait to share more details in the coming months and see their new concept come to life,” says Sherri Schuler, General Manager of Derby Street Shops.

We cannot wait for this new South Shore culinary experience!  Stay tuned for more info on the restaurant progress and opening in the coming months.