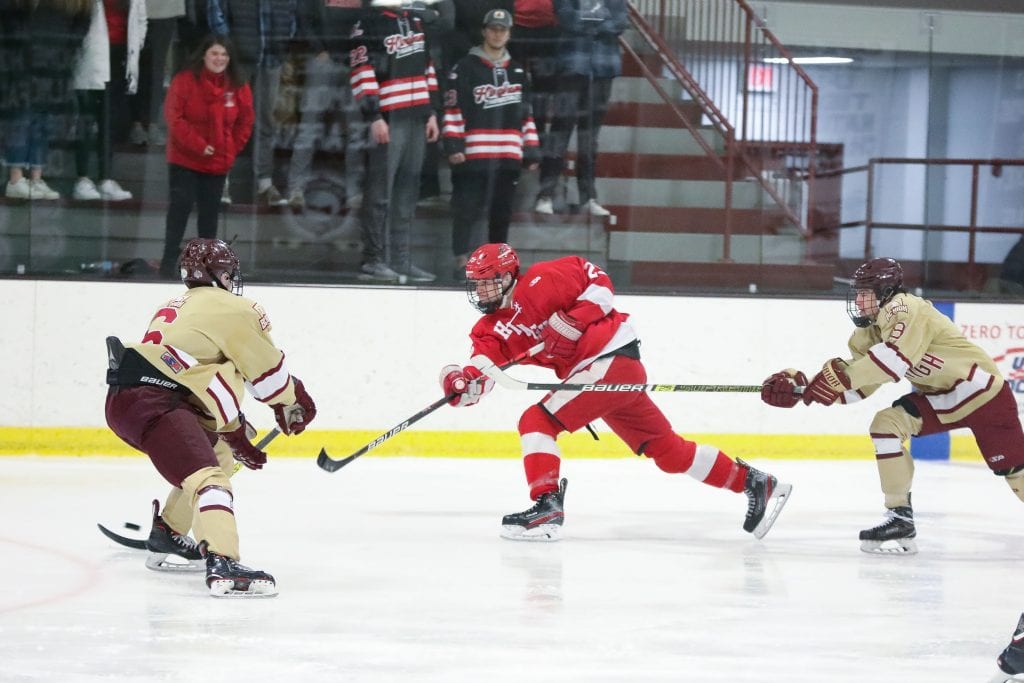 In a somewhat unexpected and surprising decision this morning, a Blue Ribbon Commission’s recommendation to the MIAA’s Tournament Management Committee to suspend the Division 1A Tournaments (aka Super 8) was passed by a vote of 12-2.

The decision to put a hold on the Super 8 Tournaments until July 2025 is a result of wanting to gather data on the new statewide tournaments starting in the fall.  The two big Super 8 tournaments are in hockey and baseball.  While Hingham doesn’t typically qualify for the baseball tournament, it is a regular participant in hockey, winning the whole thing back in 2010.  The hockey Super 8 features only a handful public high schools and gives these players a chance to compete with the best private school programs in the state.

“This decision came as somewhat of a surprise to everyone,” Hingham Hockey Head Coach Tony Messina tells the Anchor.  “We are very disappointed in the decision, especially since the MIAA Ice Hockey Committee and our State Coaches Association was not allowed to provide input.”

He goes on to say “obviously, it has become a big part of our program over the past 20 years, so I know our players will be disappointed.  Going forward, it look like there’ll be one big single-elimination D1 Tournament with teams seeded based on power ranking.  So that will be interesting.”

"I was shocked when I first saw it," Carleton says.  "It's what we work for everday, to play in the "8".  It got taken away from us this year, obviously, and it crushed us at one point earlier in the year, but we got over that.  I remember going to those games when I was younger and watching a little public school playing against these powerhouse private schools and watching Hingham win year in and year out. It movitivated me to work hard to get to that point.  It was really disappointing today.  It really shook me.  It wasn't really broken, so I don't know why they tried to fix it."