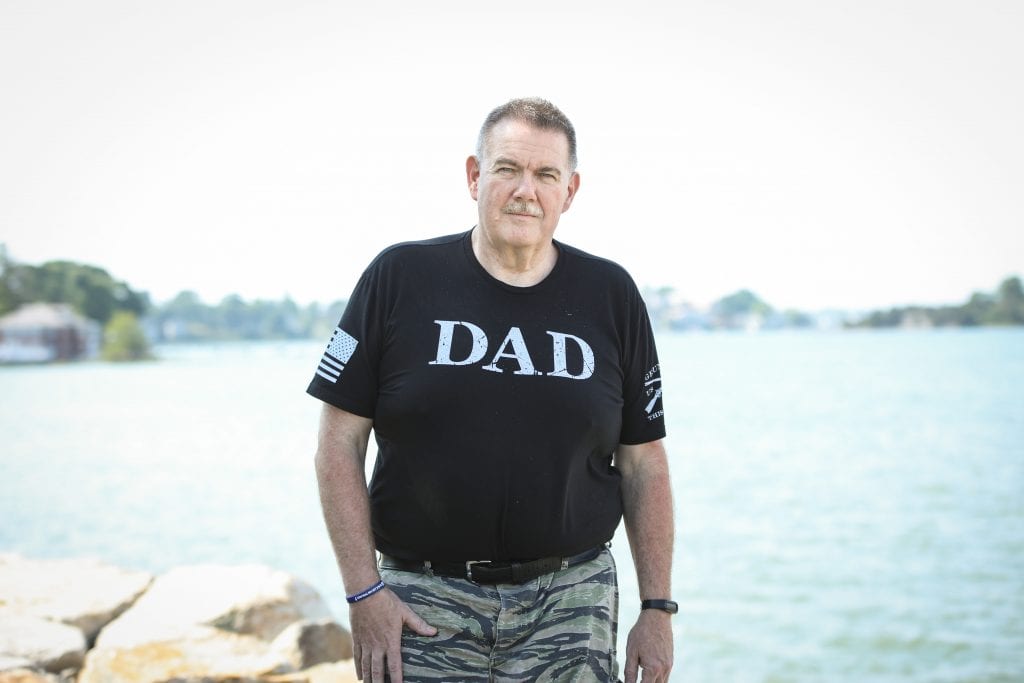 Hingham resident and Navy veteran Mark Plouffe will be taking part in the "Swim with a Mission" fundraising event on July 11th.  The 4th annual event not only honors fallen services members, it also gives back to veteran organizations around the country helping those who gave so much for our country during their time of need.  As with almost every other event scheduled to take place this year, this year's swim will be a virtual one instead of a huge in-person celebration on Newfound Lake in NH.

A Hingham native and a member of Hingham High School Class of 1981, Mark enlisted in the Navy during his junior year in high school and reported to Naval Station Great Lakes in Chicago in May of 1981, missing his graduation.  After boot camp, he was stationed at CBC Gulfport in Mississippi where he was deployed in active duty around the world for 3 years.  He continued on for 11 years in the Reserves, until he was called back to active duty in February 1991 for Operation Desert Storm.

This is will be Mark's 3rd year taking part in the "Swim with a Mission" event.  He swam the 5k distance his first year, but due to medical restrictions, will be swimming the 1k again this year.  Part of the mission of the organization is to keep alive the memory of a fallen service member and this year Mark will be swimming in memory of Navy Seal SO1 William "Blake" Marston of Concord, NH.  SO1 Marston died during a parachuting training exercise after suffering a seizure shortly after jumping out of the plane.

"I didn't know him," says Mark "but these men and women made the ultimate sacrifice and to swim and raise money in their name is the least I can do." 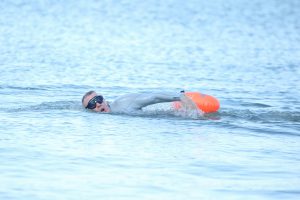 Mark has been training a few times a week either in Hingham Harbor or in Pleasant Bay at Castle Island.  Since the event is virtual now, he has the whole month of July to complete his 1k.  His plan is to do it on the original event date of July 11th.

"This organization and supporting Veterans is near and dear to my heart and it would mean a great deal to have your support," Mark details in his donation letter.  Swim with a Mission "provides critical and timely assistance and services to Veterans and their family members when no other resources are available Veterans have made so many sacrifices and deserve dignity, health and overall well-being. Our Veterans need help more now than ever."

If you would like to donate, please visit Mark's donation page at https://www.Pledgereg.com/251415

For more information about Swim with a Mission, Inc check out their website at www.swimwithamission.org