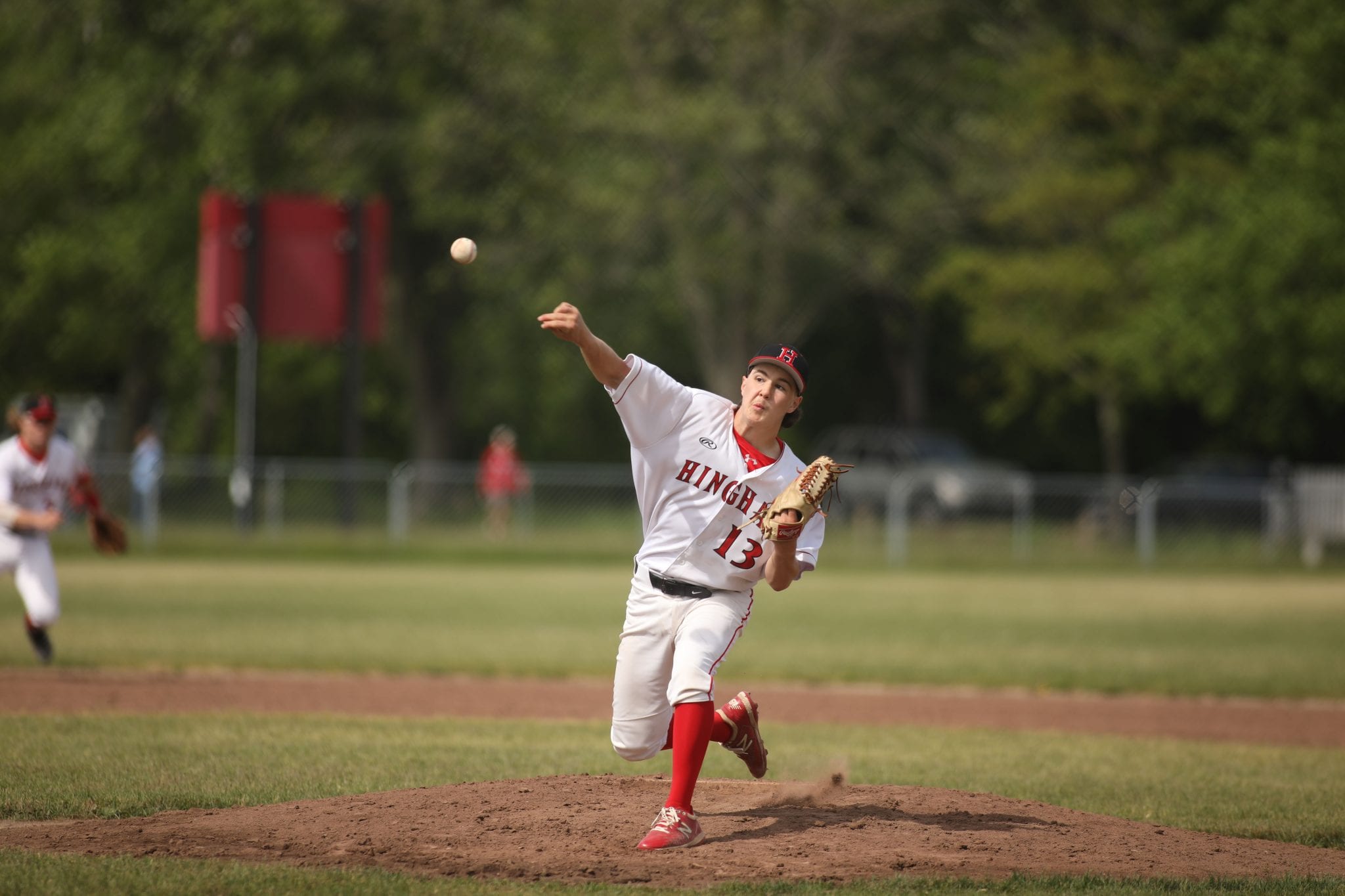 Sophomore Jake Schulte got the start in the first round of the Patriot Cup on Monday.

Hingham baseball won over Quincy in their recent matchup on Tuesday. The Harbormen won 8-7 in a last inning nailbiter against the Presidents. The first round of the Patriot League playoffs went down in Hingham’s fields with a healthy student crowd for the team’s first game without mask rules. Hingham was off to a hot start, but Quincy’s last inning almost spelled trouble for the Harbormen.

Quincy started strong with one run in the first inning. The top of the lineup got a runner on third and scored him off a short fly ball that dropped between the infield and outfield. However, Hingham returned similarly, stealing bases after singles and scoring Andrew McGowen. This inning ended soon after on strikeouts despite Hingham having runners in scoring position. The second inning was scoreless, with both teams putting up an impressive defensive effort.

Despite some promise for Quincy in the top of the third inning, Hingham backed up their pitcher by converting two ground balls for outs. They were tied going into the bottom of the third when Hingham’s explosive offense kicked into gear. Patrick Petrillo got on base and Jonathan St. Ange advanced him to third on a steal and sacrifice fly ball. Pitching errors advanced even more runners and scored McGowen again after a walk with loaded bases. The Harbormen ended the inning up 4-1 and took the life out of Quincy’s offense.

Quincy’s next at-bat saw no progress, three strikeouts ended the top of the 4th. Hingham continued the momentum they found in the third inning into this series. Pitching errors converted two runs for Hingham as St. Ange stole home to end the inning. Hingham head coach Frank Niles was very impressed with his team’s base running. “We ran the bases well, aggressively, we were able to steal bases and keep pressure on them.” The Harbormen entered the 5th inning up 6-1 and it stayed that way through the next couple innings.

The Harbormen tacked on a few runs in the 6th to make it 8-2 and Quincy decided to turn up the heat just in time. In the top of the seventh Hingham’s pitching broke down and the Presidents pounced. Ground balls and walks got runners on base and forced them in for a score. Hingham was down 8-7 with a runner on first when a ground ball rolled just in front of the pitching mound. Junior John Volpe flipped the ball to first base for the forced out and ended the game 8-7 with the Harbormen on top. “We played well for six innings, and then the seventh made things way too interesting,” commented Niles after the game.

Niles also had some appreciative words for his opponents. “Looked like it could’ve been a blowout or stayed a blowout but Quincy doesn’t quit, they don’t give up, that’s the way they are and that’s the way they’ve always been.” However, Niles is ready to move on, mentioning that, “we survived, and at this point in the year a win is a win.”

Hingham advances to the second round of the tournament where they’ll play Silver Lake on Monday at home at 4:00pm. Click here for more information about Hingham High School baseball. 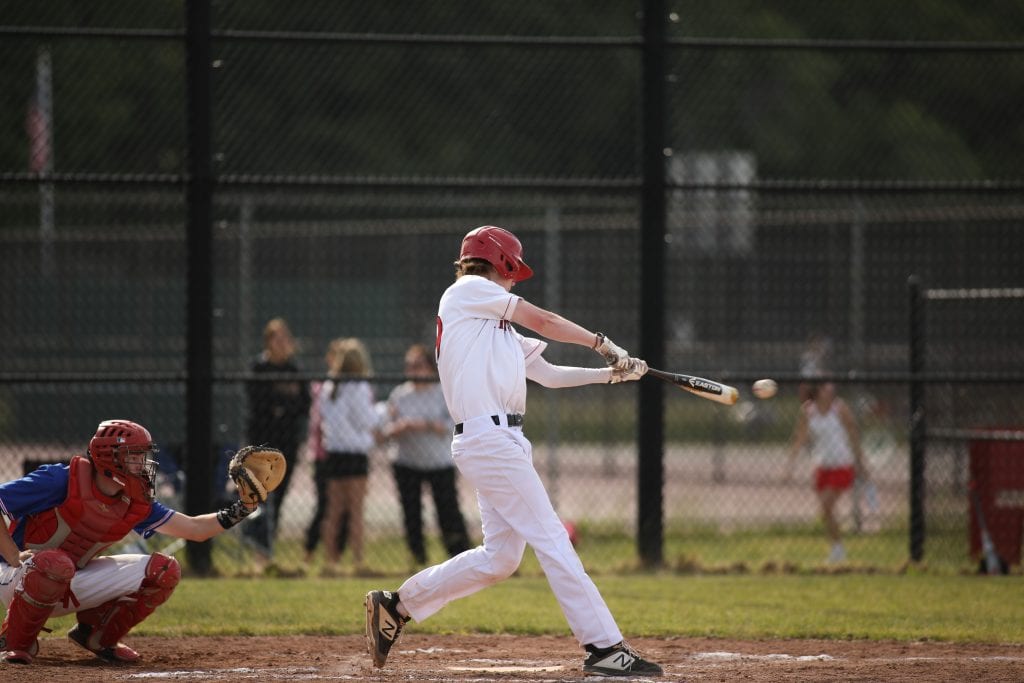 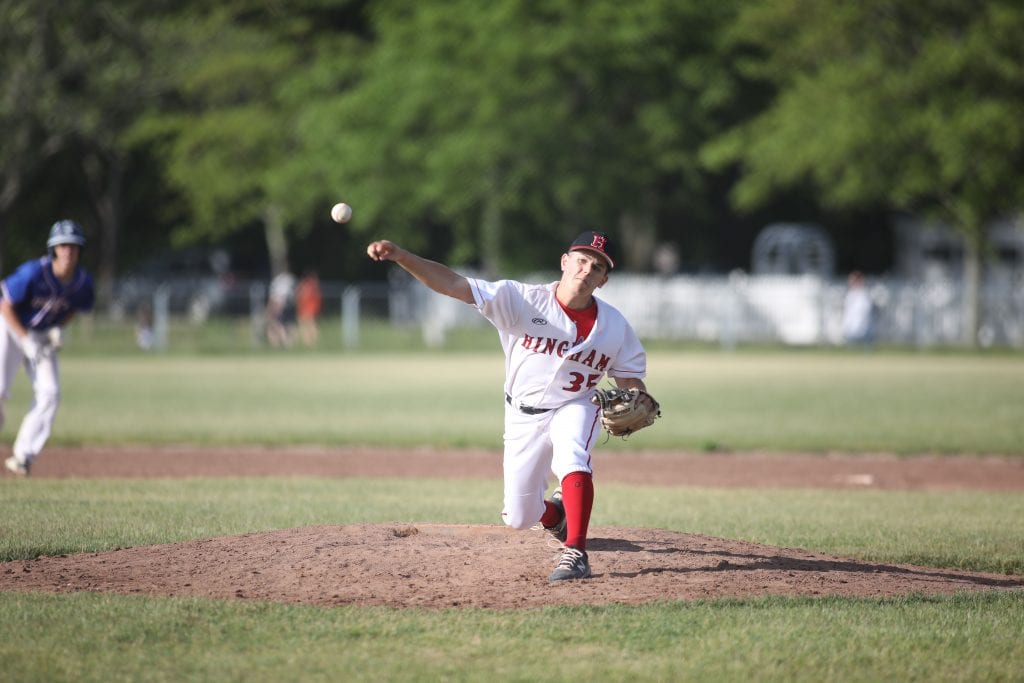 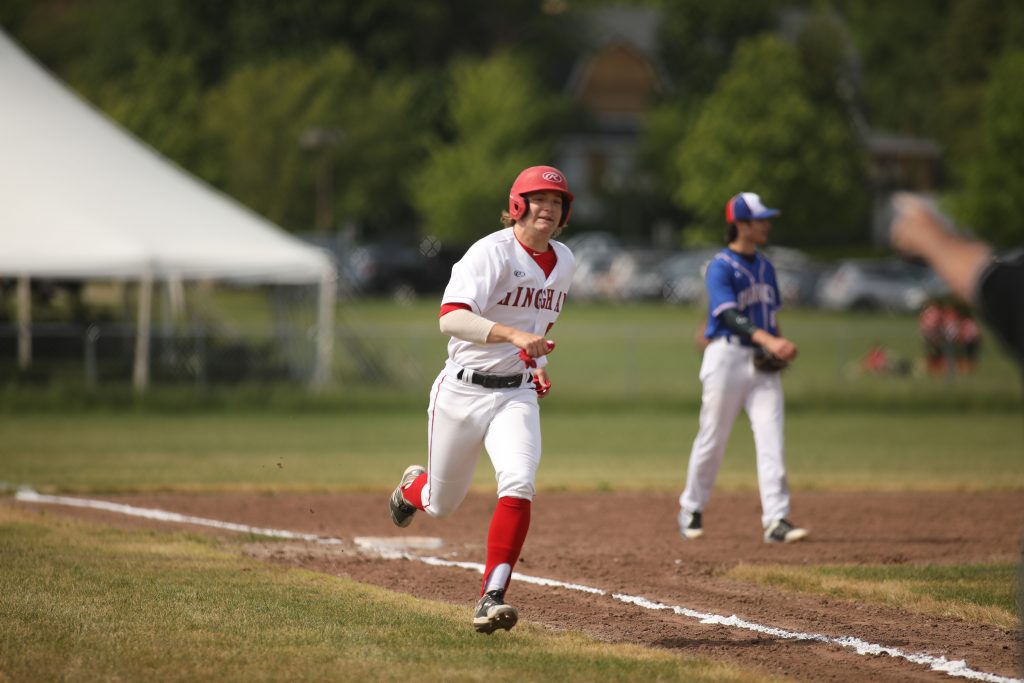 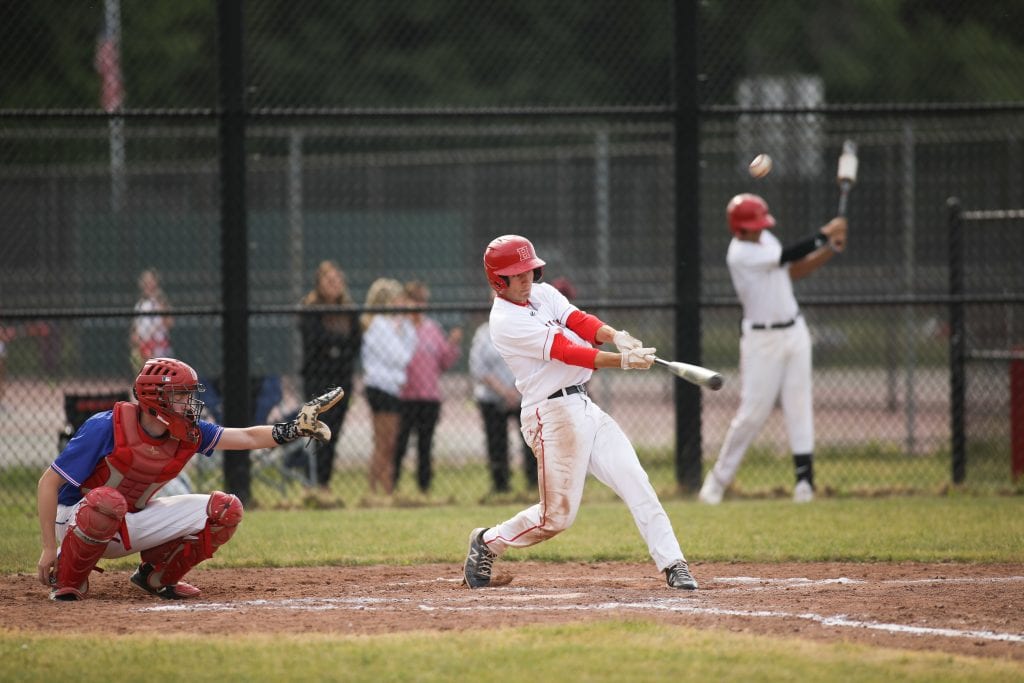 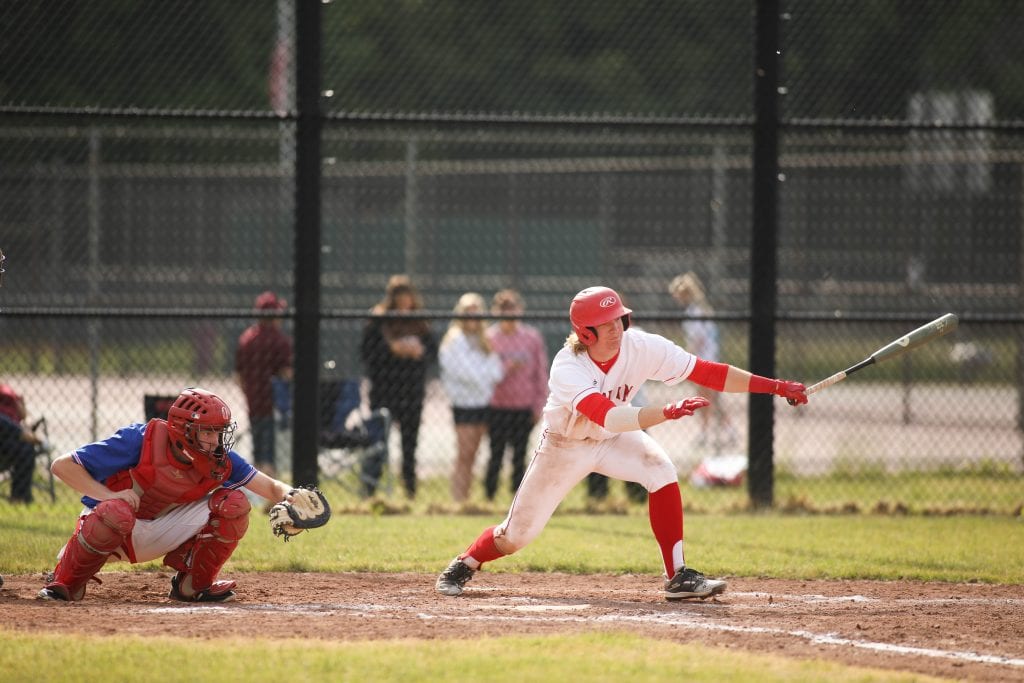 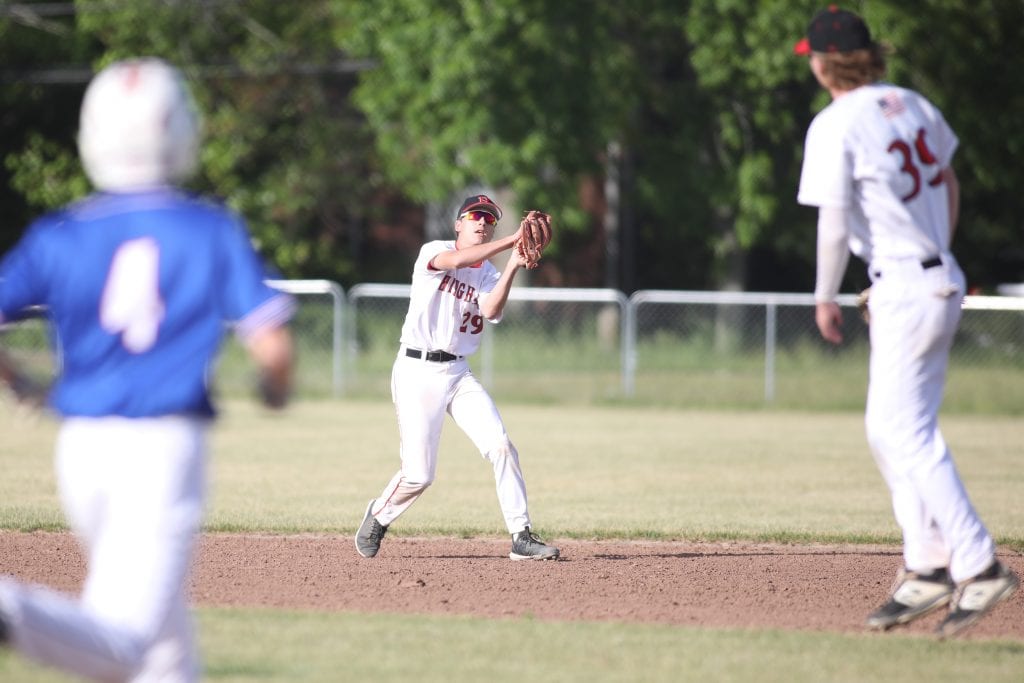