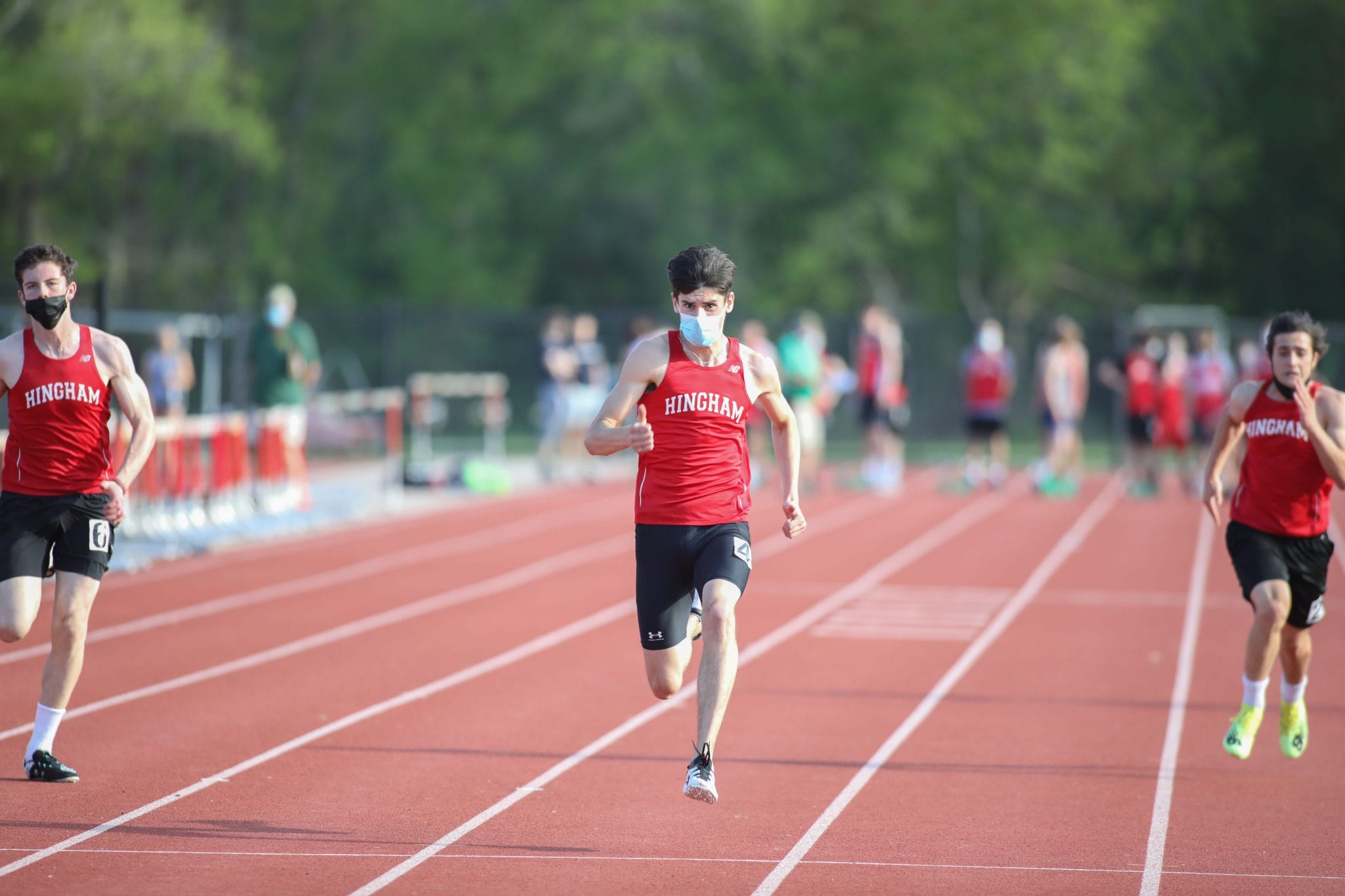 The Boys Track team defeated Plymouth North 86-50 yesterday at home. The home meets  feature FAT Timing, meaning  the scores and timing are all done electronically. With over 200 athletes competing, it has been essential to have FAT for safety, accurate stats and post season meets. The team record is now 1-1 after a close fought loss 68-64 to Marshfield in Meet 1. Coach Jewett praised the consistent focused training at practice and senior Captain leadership for helping to  produce a very deep well rounded team that can score points in jumping, throwing, sprinting and distance. During the Fall 2 winter season, the Hingham Boys won the Patriot League Championship. Seniors Hayden Bromley and Brian Fennelly were undefeated in the High Jump and 55M Hurdles. As the spring season has developed both have become dominant jumpers and runners and are still undefeated.

Excellent multi-event performances have also been turned in by Tom Shetzline. During the winter Tom was a 55M hurdler and 600M runner. This spring he is undefeated in the 400M hurdles 58.9, also a 40’ triple jumper. Against Plymouth North Shetzline continued to add valuable points with a 2nd place finish in the long jump18’8 and finished first in the 200 in 23.63. Having so many multi event scorers makes for a very strong team. Shetzline and Fennelly add the kind of depth most teams don’t have.

Coach Jewett feels that all the hard work is starting to pay off for a young team. “ We have athletes who want to win and are willing to train in many events to achieve their goals. We also have excellent coaches who know how to teach skills and bring the young athletes along.  Without the extra work and dedication by athletes and coaches I don't think we would be seeing these kinds of performances. We have worked through Covid restrictions, been very safe but also very team oriented. When the outside world was struggling, we focused and moved toward this spring. Now as things open up, I think we are on the path to finishing the season with even more athletes contributing.”

All Statistics can be found on Athletic.net. The next Meet is home against Silver Lake on Tuesday May 25 at 4pm. 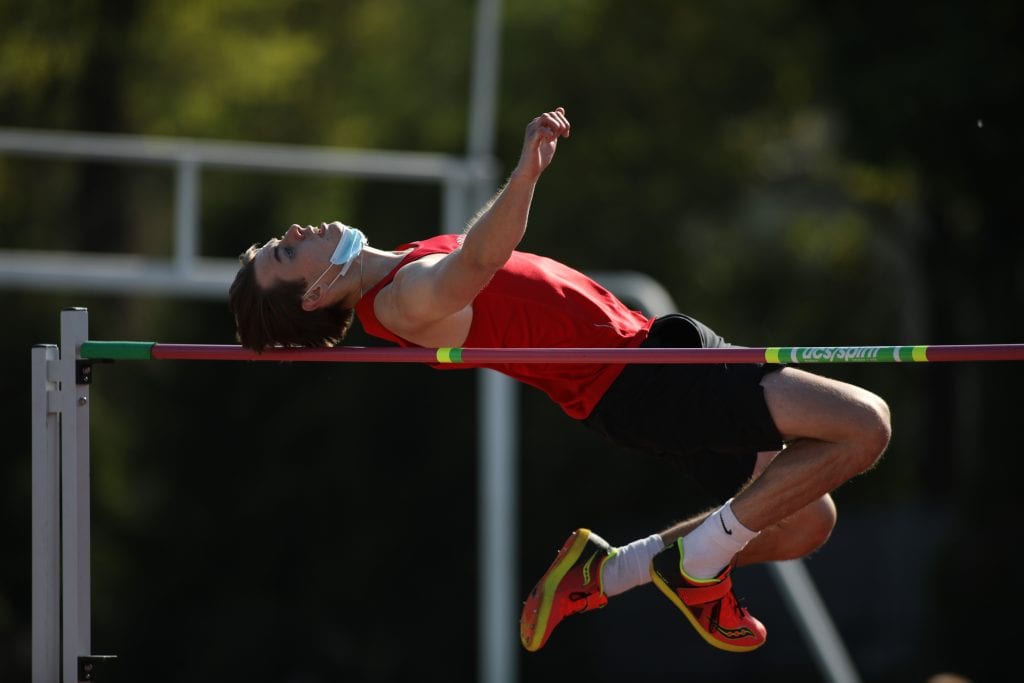 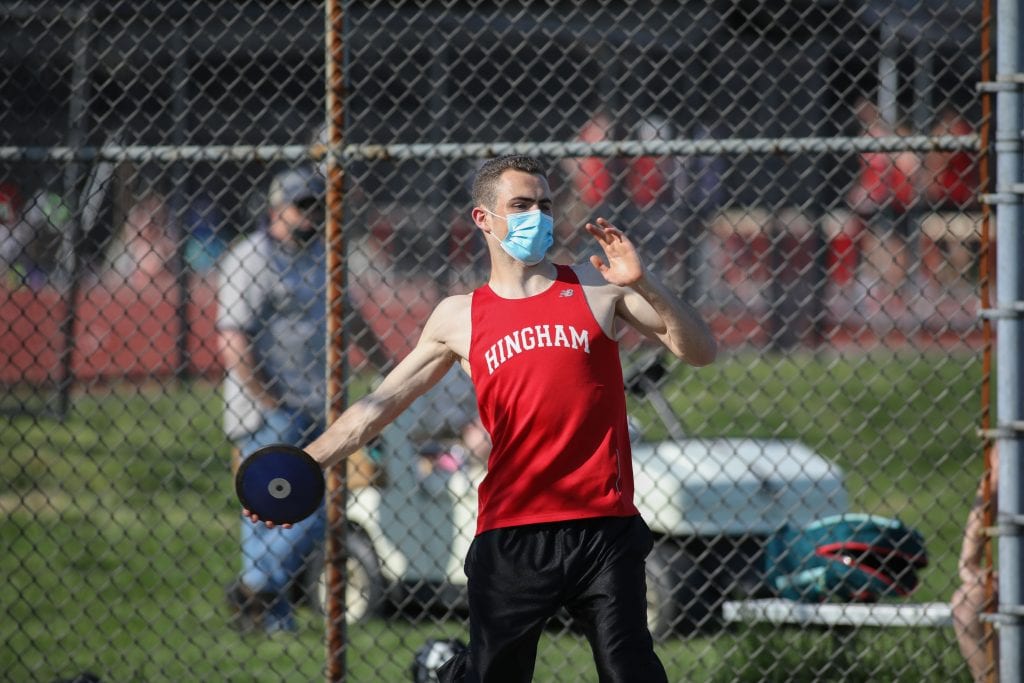 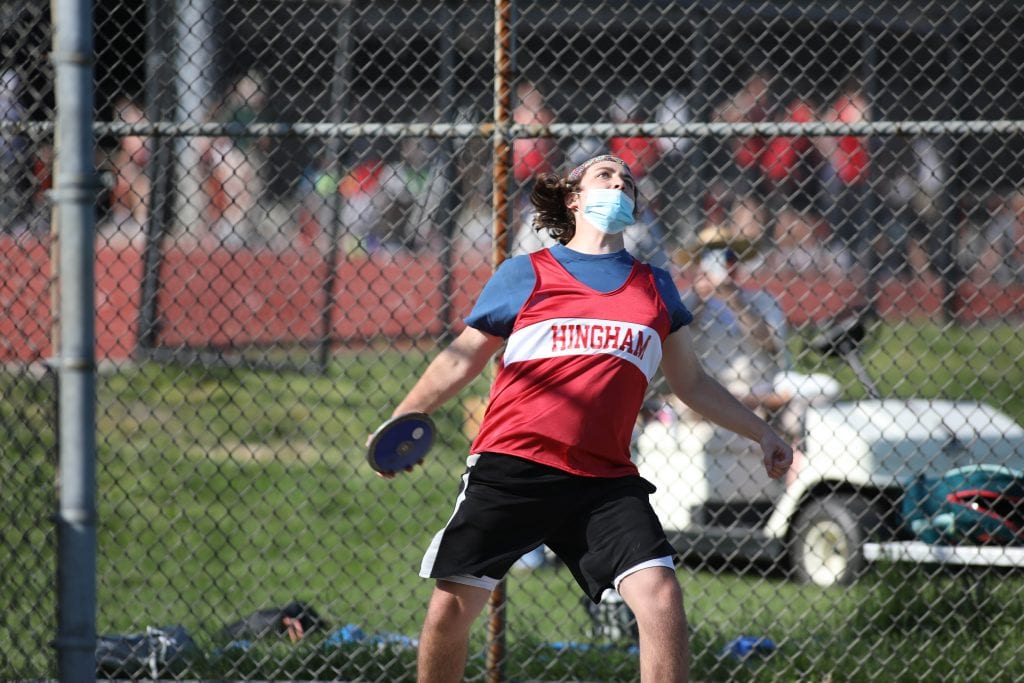 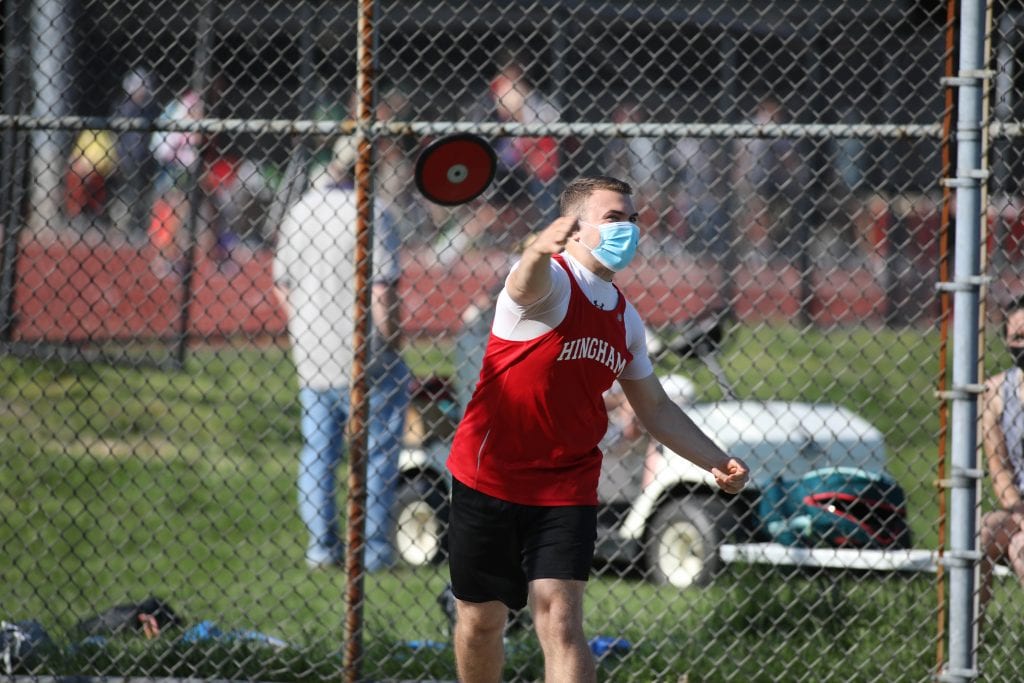 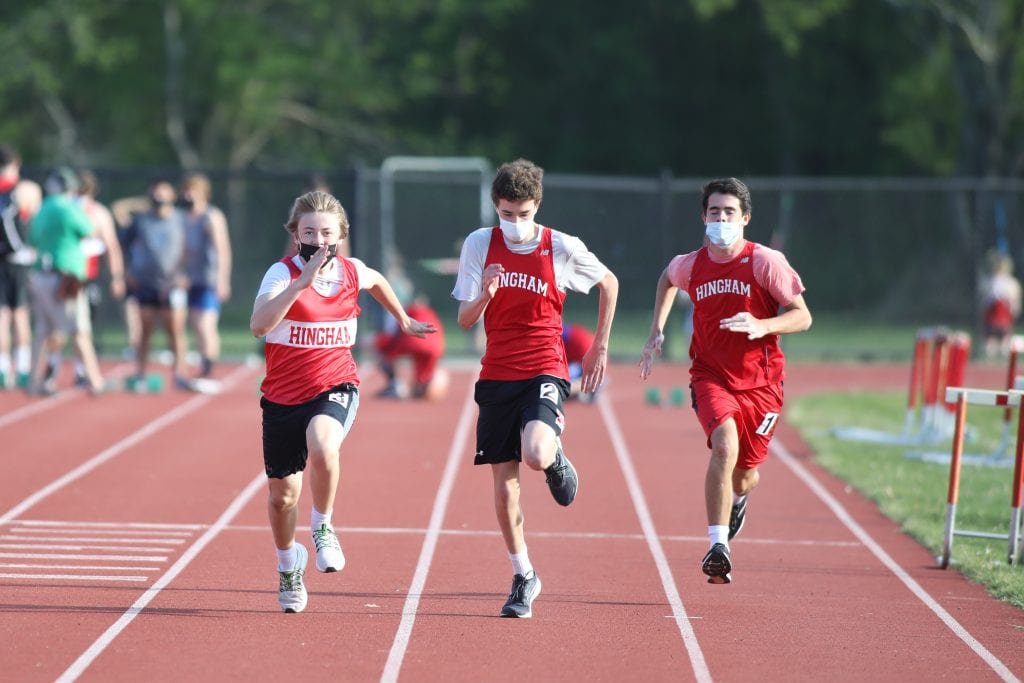 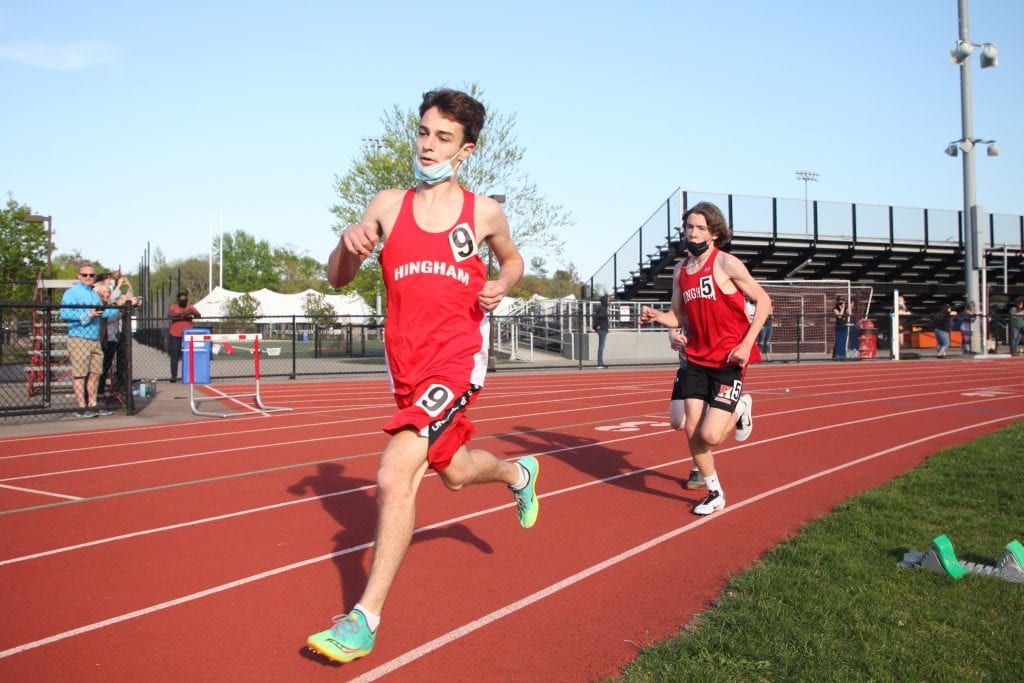 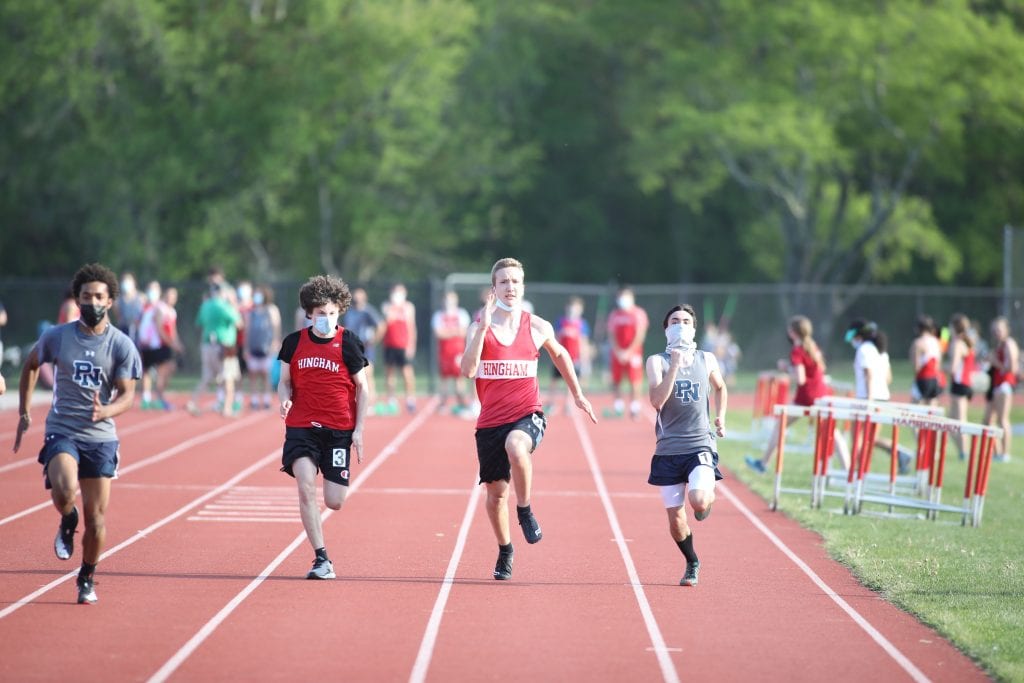