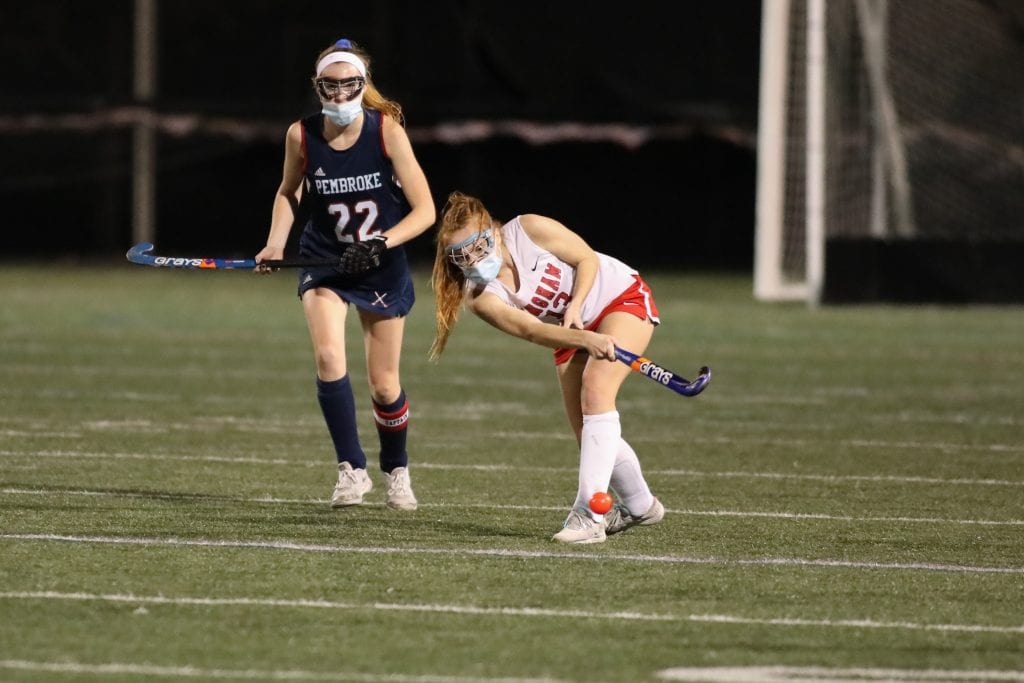 Last week was busy with honoring seniors and jockeying for important playoff positions, but for one HHS team, they were just thrilled to be back on the field.  The field hockey team returned to play from a two-week quarantine period after one of their players tested positive for COVID-19 a few weeks back.  The Harborwomen did return in time to play 3 games last week going 1-1-1.

"I have to give a lot of credit to my team," says Coach Petrie. "We had 14 days off without any running.  We tried to do Zoom workouts, but again they were not out here on the field.  Their fitness level is pretty good for having so much time off."

Senior captain Katie Hartnett agreed with her coach. "I think we did really well.  We were just so excited to get back, we were moving fast and everything clicked like we hadn't missed a beat."

The girls start their playoff run this week at Scituate on Wednesday night at 6:30pm.

The Harborwomen finished their season on Friday with a 9-1-1 record with a 2-0 win over Whitman-Hanson.  The win earned them the top seed in their quest for the Patriot Cup.  They start their playoffs on Wednesday at home vs Pemboke.

The boys start their own quest for the Patriot Cup on Thursday at Scituate.  The Harbormen are the second seed in the Keenan division this year.

The girls finished their season with an impressive 9-2 record earning them the 2nd seed in the Keenan division.  They will face off against Quincy away on Thursday at 5:30pm

Both teams had successful regular seasons.  They will run this Wednesday in the Patriot League Championships.

As a reminder, spectator rules are determined by home team's district.  Please do not show up to a game without knowing what spectator restrictions are in place.