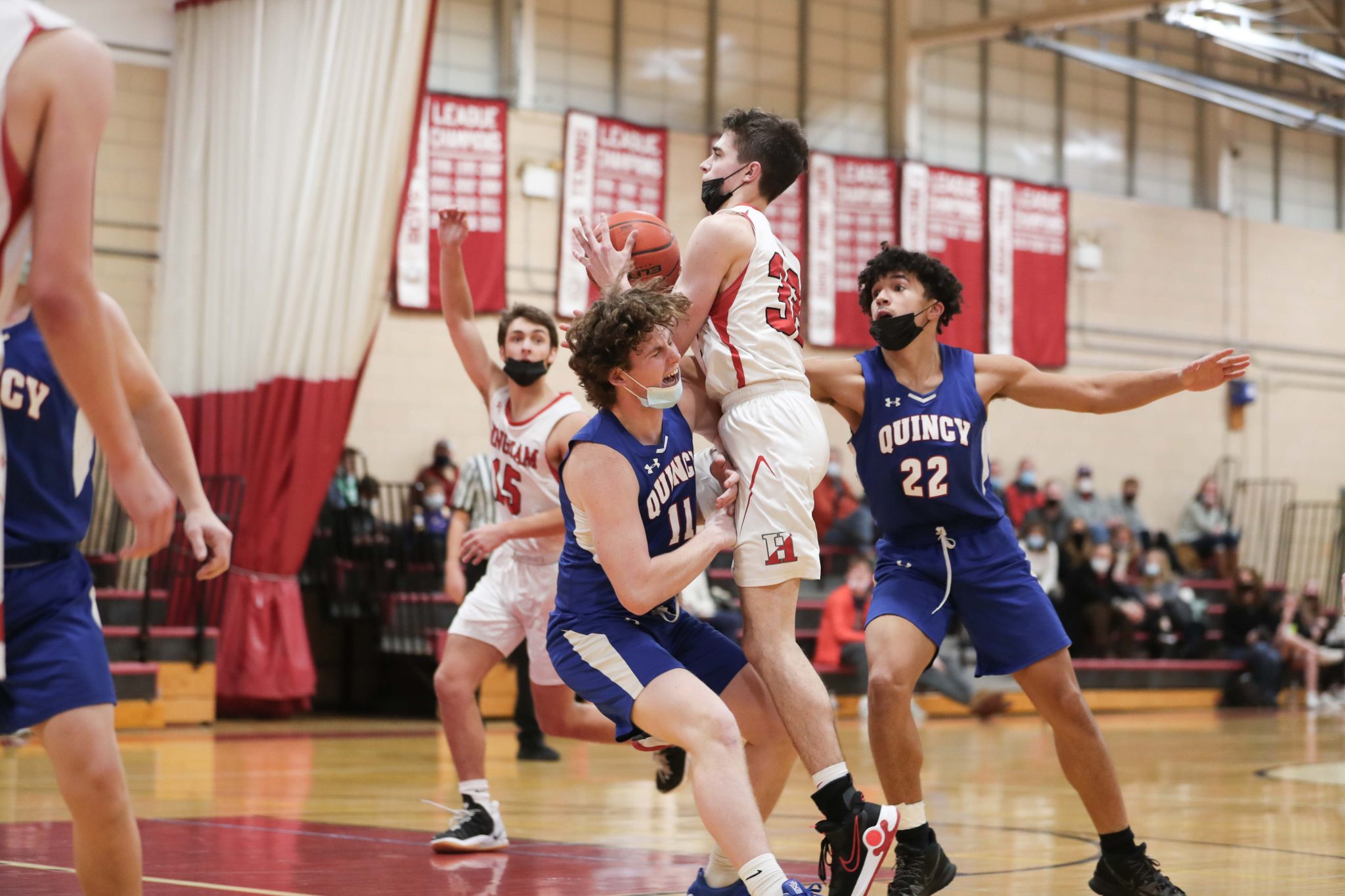 Junior captain Liam McBride is averaging over 20 points a game during the Harbormen's recent win streak.

The boys basketball team has been firing on all cylinders the past few weeks leading up to their big game vs Whitman-Hanson this Friday at home.  The Harbormen have put together a string of impressive wins over Silver Lake, Duxbury, Bridgewater-Raynham, and Tuesday night against Quincy.  Their last loss was to undefeated Plymouth South by just one point.  Their biggest test of the season will undoubtedly be against the Panthers, but Coach Bob Kniffen believes his team is ready for the challenge.

“We’re going in the right direction,” says Kniffen. “But we have a ways to go and time to get there. Early in the season there were some tough games against tough match ups.  Our two losses, both team are undefeated right now and certainly turning some heads.  We’ve regrouped after each of those, we’re having good practices, putting it together on the court and hoping to continue to move in the right direction.”

If you look at the score sheet over this winning streak, you will notice the same names at the top each night, senior captain Nick Johannes and junior captain Liam McBride.  The two regularly lead the team in scoring, but Coach Kniffen points out that everyone on the team contributes to those points.

“They are definitely very capable,” Kniffen says of his team. “I think that’s one of the keys to our success this year is the unselfishness from everybody else.  They know they are capable of doing that, scoring like Curtis (Murphy) tonight, but he doesn’t need to. He finds Nick, he finds Liam, and they complement each other well.  Curtis and John (Sula) and the other guys have been key to Nick and Liam’s success and Nick and Liam have been key to those guys’ successes as well.”

With a few more days to prepare his team for the big game, Kniffen and the boys know what lies ahead of them.

“They’re definitely a tough team,” explains Kniffen. “There post presence is probably one of the best in the state.  They’ve got a two year varsity starter, who’s a big physical presence.  That will pose some challenges.  They shoot the ball very well, as usual.  They have a strong backcourt with Vallencourt and Amare. The collective make up of their team is going to be a challenge, but I think the way we have been playing, the way we have been practicing, I think we will be ready to give them our best shot.”

The last time these two teams met was for the Patriot Cup title back in February.  Whitman-Hanson capped off their undefeated season with a 76-61 win at home.  This time around, the game will be played in Hingham and with the stands full of Harbormen fans.

“It should be a very good high school basketball game.  A high school atmosphere for sure,” adds Kniffen.