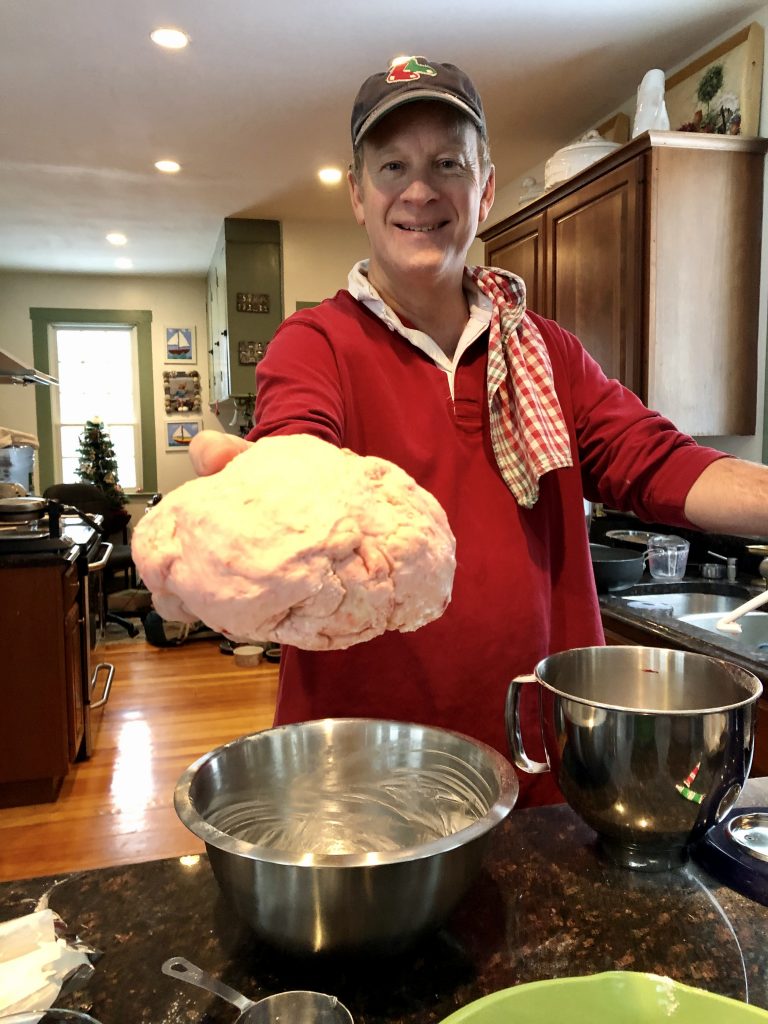 How a son honored his mother, a lost brother and kept a family tradition alive

With a fistful of yeasty dough, Dan Fickes is nervous. “I’m 57 years old. I’ve never made bread in my life.”

The Hingham man is not just making any bread. He’s making Grammy Bread--the simple, white bread that got a wounded woman out of bed to face life without her first-born son.

“I just can’t fathom losing one of your children at any age--let alone your first child, at age five,” shared Fickes.

Fickes, who grew up in Camp Hill, Pennsylvania, wasn’t yet born when his oldest brother David died. The preschooler had a brain tumor and lived only days after the operation to remove it.

Their mother Shirley fell into a deep and crippling depression. “It was almost a year, maybe more,” Fickes said. “She stayed in bed. She cried. She slept.” It was a friend from church, a woman named Chickie Bresnahan, who came to the house with a brown bag of groceries that would slowly tug Shirley back to the land of the living.

“She had the flour, the yeast, everything and said, ‘Shirley, get out of bed. This is what we’re doing.’ From what I understand, it was a fight to get my mom out, but reluctantly she put on her robe and slippers and went to the kitchen and they made bread that day.”

Fickes says his mom kept baking for decades. “I think at first it was just a way to keep herself busy, to get her mind off things. She would bake loaves for our family and then, she started giving it away.” She passed out loaves of bread and everyone would beg for it--aunts, uncles, cousins, even Fickes’ own children Kristy and Elise, now 11 and 12, who gave Grammy Bread its name.

But in 2008, Shirley started to make mistakes. “Making this bread is something my mom can do with her eyes shut on a normal day, but she kept having issues in the kitchen. She’d have to start over from scratch,” Fickes said. “We should have known then that that was the beginning of her memory issues.” Over the years, her condition got worse and early this year the family decided 89-year-old Shirley needed more help than her doting husband Ralph could give her.

Ralph and Shirley moved into an assisted living facility in Pennsylvania on March 1. Eleven days later, the state shutdown.

“It’s tough. It’s tough,” said Fickes. “When my father first moved in, he was talking like that place was a cruise ship. He finally had people to talk to. He was walking the halls and saying hi to everybody.” Now Ralph and Shirley are forced to wave to their kids from their third floor balcony while talking to them on the phone. “But hey, at least we get to see them,” Fickes said, “And they're doing fairly well. We feel blessed they’re in a safe place.”

Because of the pandemic, their family can’t all be together for the holidays, so Fickes decided to try his hand at baking his mom’s bread. “I thought the least I could do was try to make it and send it out to everybody,” he said.

One Thanksgiving, years ago, he asked his mom to show him how to make it. He was worried the recipe would get lost as her memory got worse. “I can cook,” he said. “But baking? I don’t know.” His mom laid out all the ingredients and showed him the way. “I took two pages of copious notes. We had a blast.”

Fickes pulled out those notes and started baking for Thanksgiving and has kept a steady pace for Christmas. “It was very intimidating,” he said about those first days. “I didn’t want to just make her bread. I wanted to make her bread perfectly--down to the sesame seeds on top.”

It took all day, but he made the white bread with the sesame seeds that had been such a part of their family’s life. “I was really worried,” Fickes said. I made bread, but was it Mom’s bread?’’ 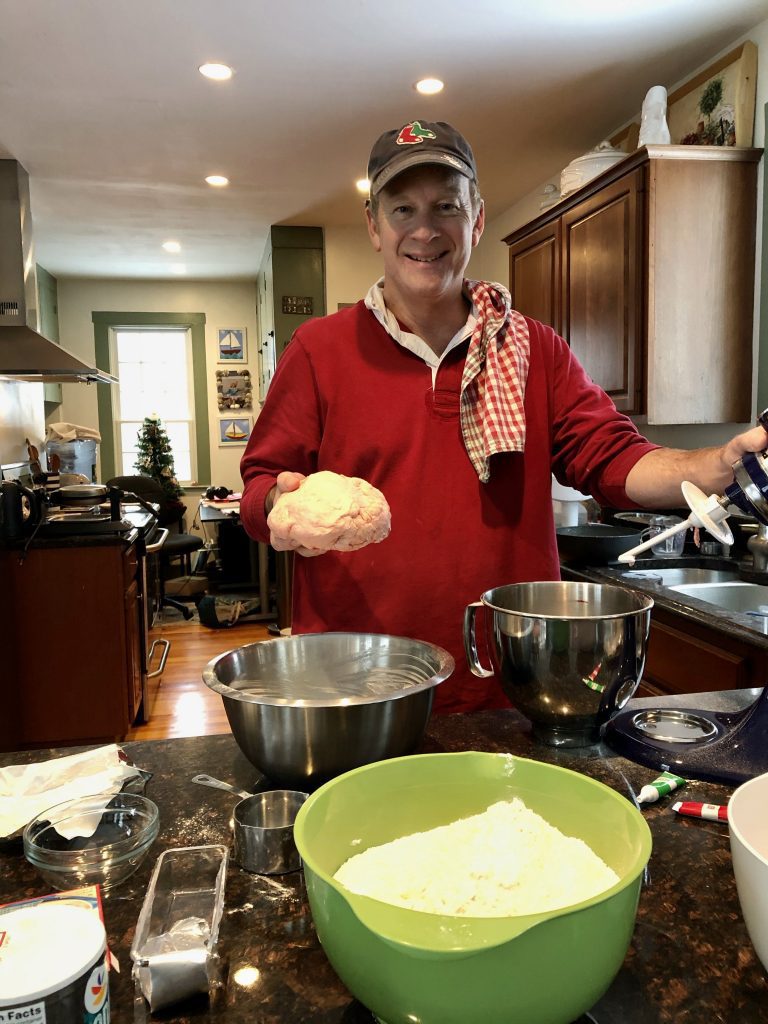 The day yielded six loaves. He kept some for his wife Kaja and the girls and shipped the rest to Pennsylvania. “I wanted everybody to have it on their Thanksgiving table.” Fickes choked up when he shared his brother’s reaction. “He didn’t know I was doing this,” Fickes said. “He called me and said, ‘I never thought I’d have this bread again.’ That was great.’” But there was still his mom--the woman who had poured her grief and love and generosity into this bread for years.

“My mom asked my Dad, ‘Did I make this?’” Fickes said. And when she found out that it was her youngest son that made it---the memory of them baking together more than a decade ago, wiggled forward. “She remembered! She said, ‘Danny, you finally made it. All these years and you made it.’ Yep,” he said. “Surprise.”

Ally Donnelly is an award-winning broadcast journalist. She spent nearly 20 years at NECN and NBC Boston holding the powerful accountable and amplifying the voices of the abused and marginalized. Her work has been recognized with multiple Edward R. Murrow, Emmy, Associated Press and Gabriel Awards. Ally and her husband Patrick moved to Hingham in 2005. They are busy raising their two beautiful daughters Izzie (12) and Lucy (9) and apologizing for their wacky dog Sugar.

The Anchor is excited to be partnering with Ally, look out for an exciting initiative that Ally is launching in 2021!