A car drove off the road and into a house this morning on North Street. The occupants inside the house and the driver were not injured. A portion of North Street was closed but has since reopened.

On July 15, 2021 at 6:35 a.m., officers responded to 182 North Street in response to several reports that a car had driven into a house. The driver was not injured and was sitting on the sidewalk. The residents inside the house were not injured. A portion of North Street was closed to traffic. The Hingham Fire Department and the Hingham Building Inspector responded to the scene.

The car, a 2014 Audi Q7, had been traveling east on North Street from Beal Street. The driver said she swerved to avoid a squirrel in the road and drove off the right side of the street, over the sidewalk, and into the front of the house. Approximately half of the car entered the home. The driver, a 19-year-old Hingham woman, was alone in the car. She was issued a citation for failing to stay in marked lanes.

The car was removed from the house and North Street was fully opened at 10 a.m. 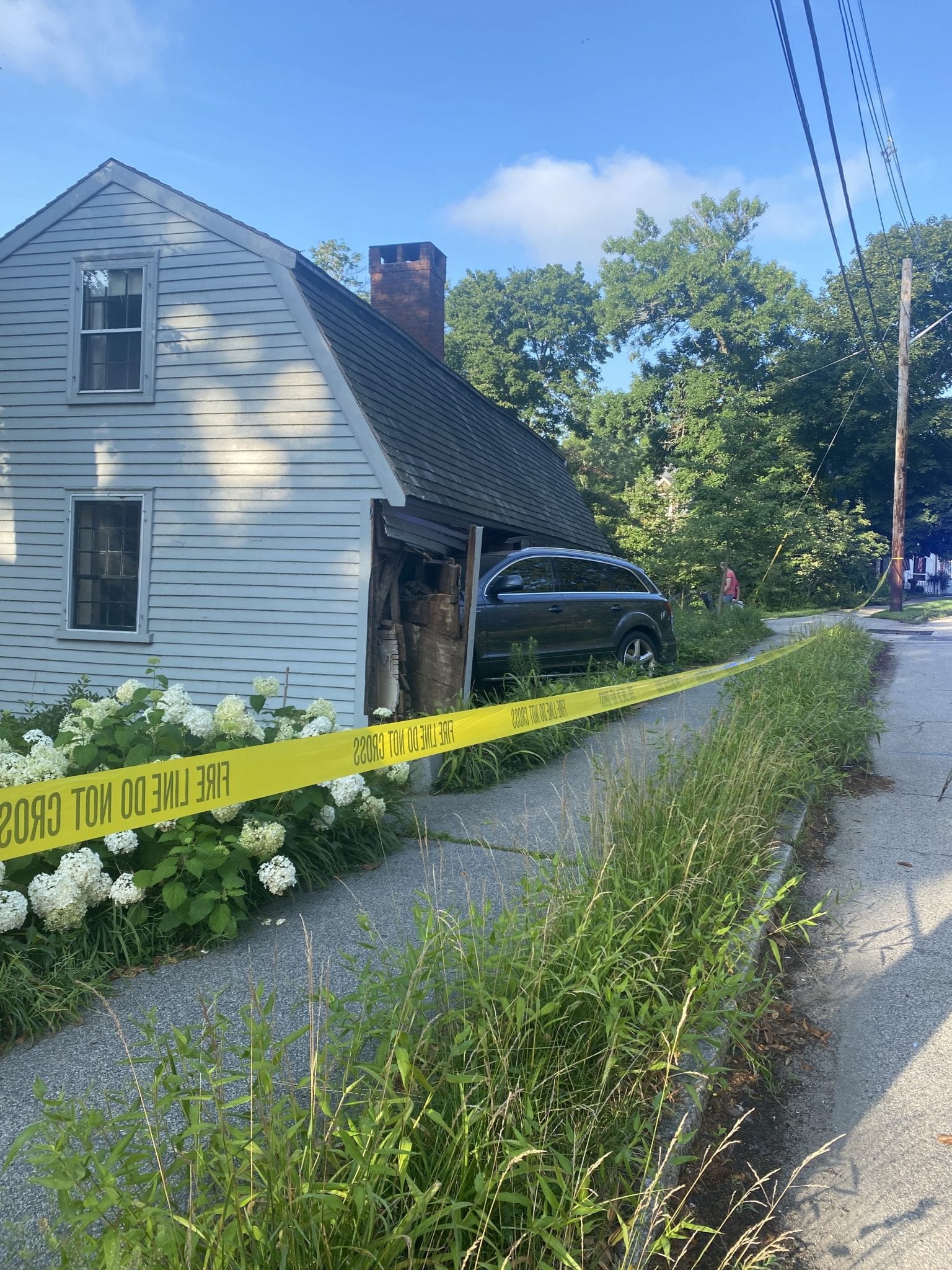 2 thoughts on “Car Crashes Into Occupied House; No Injuries Reported”