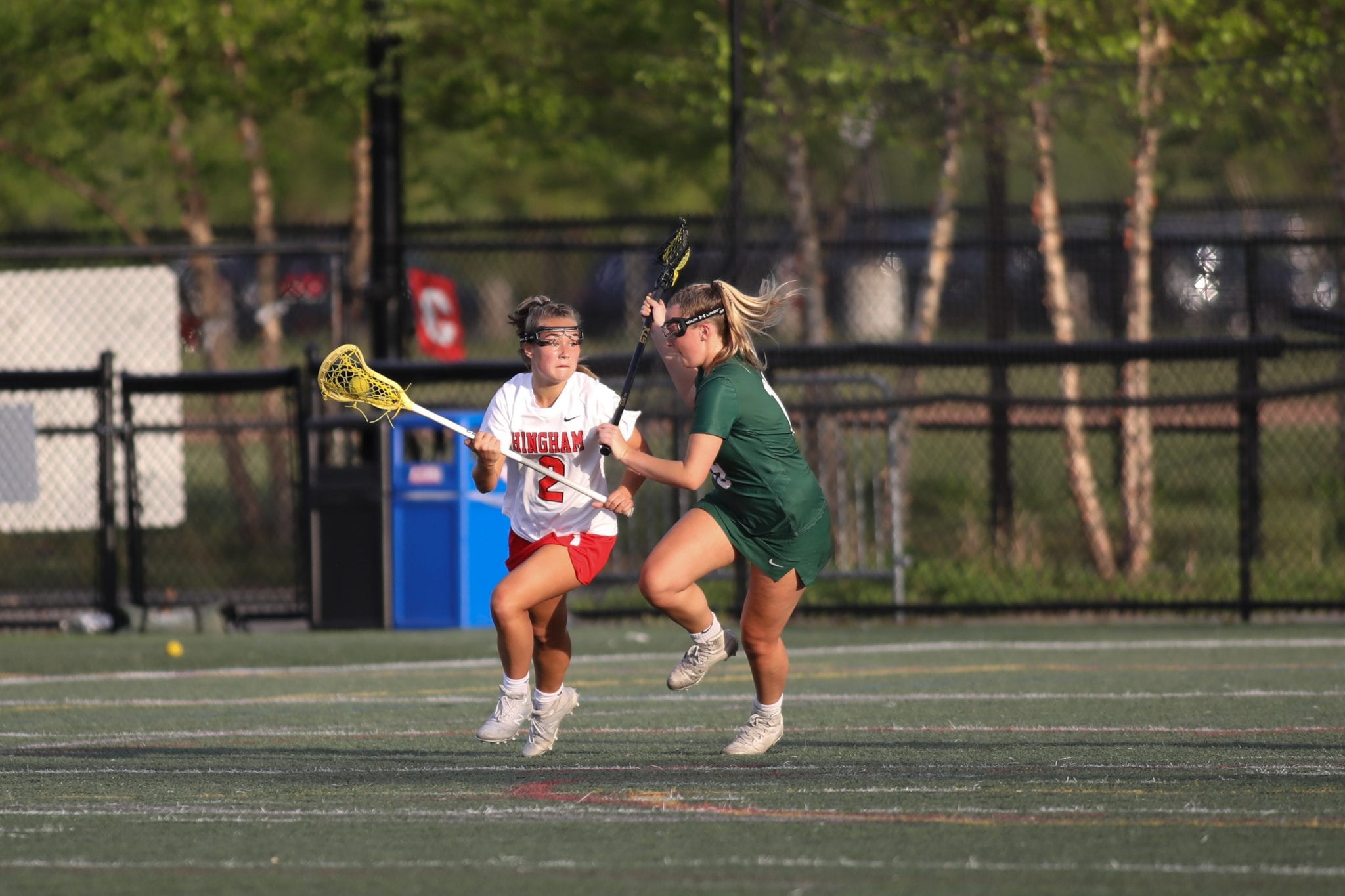 The Hingham Harborwomen defeated the Silver Lake Girls Lakers convincingly on Monday. This matchup in the losing bracket of the Patriot League girls lacrosse tournament was held at Hingham. Despite Silver Lake fans outnumbering Hingham spectators, the Harborwomen rallied after an even first half to extend their victory to 22-5.

Turnovers at the start of the game finally ended with Hingham’s possession, and a short offensive shift resulted in a Hingham goal, scored by junior Shea Berigan. Another quick opportunity for junior Kyle Wilson almost resulted in a bouncing goal but was taken back by the referee. Hingham then scored two goals in 40 seconds, putting the Harborwomen up 3-0. However, this early lead was decimated by Silver Lake’s two-goal comeback, aided by a penalty on junior goaltender Olivia Cataldo. At the end of the first, the Harborwomen were up just one goal after controlling the pace for over ten minutes.

“We were expecting exactly how the game started,” Coach Carla Farkles remarked. She described her team’s performance as, “honestly we started a little slow….I don’t know if we were ready but Silver Lake was ready and they came to play.”

The second quarter marked a turning point in Hingham’s offense. After switching goalies, Hingham let in an early goal off Silver Lake’s faceoff win. Immediately after, Hingham went on an 8-0 goal run with scores from senior Audrey Cole, juniors Elle Fabbro and Kenzie Wilson, and freshman Madaline Packard. Hingham’s attackers made cleaner passes, directed shots on net, and took advantage of any given opportunity. Hingham ended the half on a last-second goal that put the Harborwomen up 13-4.

Farkles credited her team’s playmaking abilities as the main reason for the comeback. “We….started to win some draws and string some goals together,” she commented, speaking to her team’s possession for nearly the entire second quarter. “We didn’t have our best start,” she summarized, “but we finished well.”

After that dominant quarter, the Harborwomen had effectively won the game, yet kept on scoring. The third period ended 20-5, which featured highlights like Shea Berigan’s 100th career point on Hingham’s varsity team. This accomplishment was especially impressive considering her second season on the team has not yet been completed. The fourth quarter featured much less activity, with just two goals scored for Hingham and none for Silver Lake. Thus Hingham advanced to the next round of the tournament with a 22-5 win.