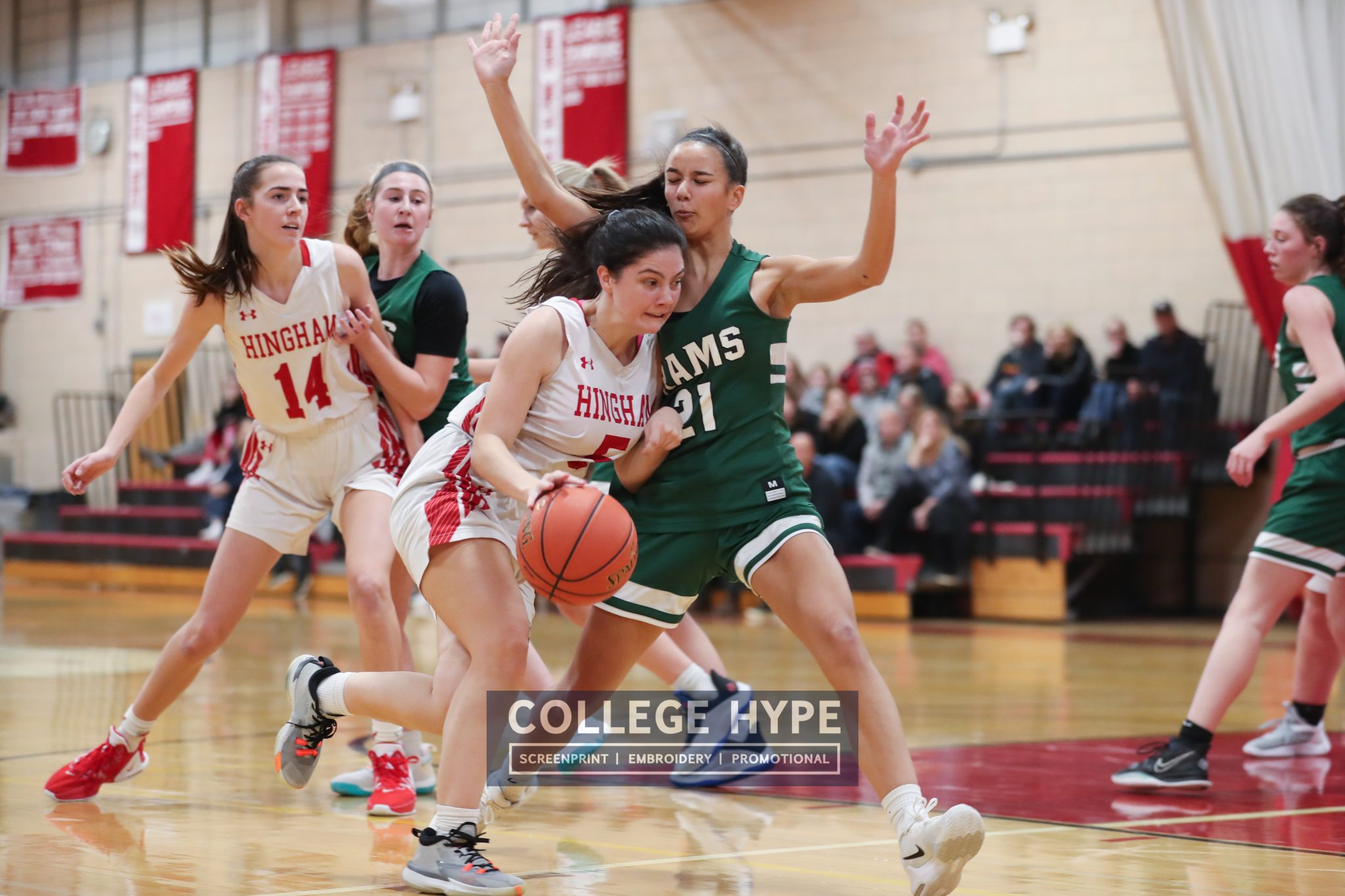 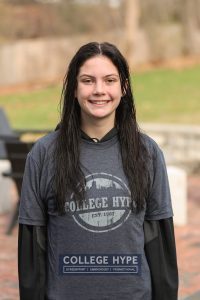 After a few weeks off between fall and winter seasons, we are back with our weekly Athlete of the Week presented by College Hype. This week's winner is Ellie Savitscus.  Ellie is the senior captain on the girls basketball team and almost single-handedly overcame a 12 point Harborwomen 4th quarter deficit on Friday night against Marshfield.  The third year varsity player stepped up in Hingham's 45-43 loss with 18 points, 5 assists and 3 steals.

Second year head coach Roland Millien is impressed with Ellie's performance during the first week of the season.

"Ellie led a 12 point comeback in the final 5 minutes that just fell short," said Millien.  "Her spirited play and leadership left the team feeling optimistic about the rest of the season. She hit timely shot after timely shot and this week proved why she was selected as an all star last year."

Fellow senior captain Sarah Holler added that Ellie stepped up when the team needed her the most.

"I'm proud of Ellie and her performance this week," Holler said. "After our loss against Quincy, we came together as a team and played the way I knew we could with Ellie leading us on offense.  She had some great drives and made the free throws when we needed them."

Hingham's next four games are on the road and don't return home until after the new year when you can catch Ellie and the rest of the Harborwomen on Friday, January 6th at 6pm vs Whitman-Hanson.