The brewery -- co-owned by Hingham resident Mike Dyer and Cohasset resident Matt Elder -- was founded by Elder, a Scituate native, in the Fall of 2017. He began his brewing career in Seattle at Georgetown Brewing Co. and returned home to open Untold.

The family-friendly event on April 29, from 2 to 9 p.m., will bring together local sustainable businesses, organizations, and non-profits from Cohasset, Hingham, and other South Shore communities to celebrate eco-friendly living. The rain date is May 6.

"Operating our brewery and taproom in as sustainable a manner as possible has been a primary goal of our business since we first opened," Dyer told the Hingham Anchor. The taproom is a popular gathering place to relax with friends and family over a beer and is located minutes away from historic Scituate Harbor and the beach. 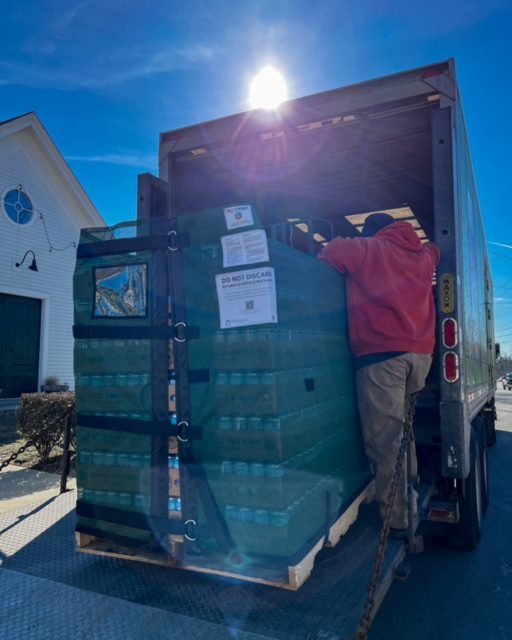 "Creating memorable, welcoming experiences for our guests is our top priority," Dyer said. The heart of the taproom is the Old South Main Schoolhouse -- an antique one-room structure that was moved and restored to accommodate its current use.

"Our taproom -- open seven days a week for draft pours as well as packaged beer-to-go -- is always family- and pup-friendly," Dyer said. "Guests can enjoy views of the brewing operation from inside, relax in the schoolhouse, or gather outside on our brick patio and lawn." Local live music, food trucks, and pop-ups featuring local artisans are often part of the Untold scene on weekends.

Not only is Untold a popular place to hang out, it's also run according to sustainable business practices. 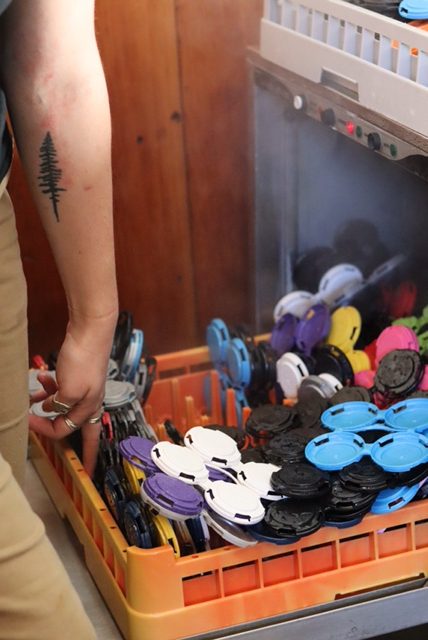 Production Manager and Sustainability Officer Pete Weafer has implemented a series of industry-leading initiatives that reduce the environmental impact on both ends of the supply chain.

Waste Reduction/Reuse
All of the brewery's spent grain -- one of the primary waste items from brewing (the leftover "used" grain) is provided to a local farmer in West Bridgewater to use as cattle feed. "This provides high-quality feed, free of charge, and keeps the waste out of the local landfills," Dyer explained.

Untold was one of the first local breweries to implement a re-use program for Pak-Techs, the plastic can carriers that hold four cans together for retail sale.

"Our 'Pak-Tech Rescue' goes above and beyond basic recycling," according to Dyer. "We take back used carriers at our brewery and wash and organize and then reuse them."

To date, the brewery has reused more than 40,000 Pak-Tech carriers and accepts hundreds of them from consumers and retail stores each week. Any broken or unusable carriers are aggregated and provided to a specialty recycling company that grinds them up for reuse. "These carriers cannot be recycled through normal household recycling channels due to their size and shape," Dyer said. 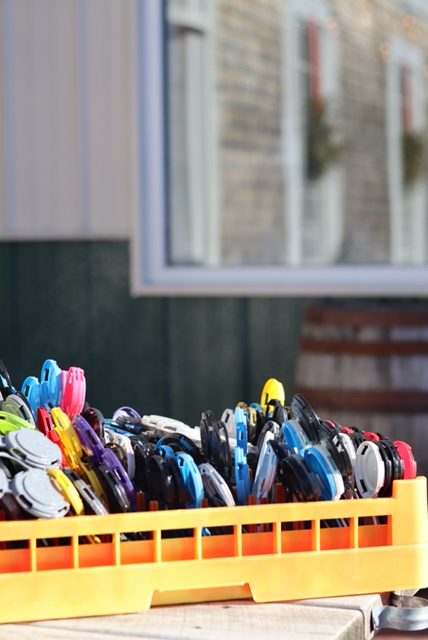 Plastic wrap is a large environmental problem in manufacturing circles, including pallet wrap and label backing. "We have implemented two pilot programs to recycle and ultimately replace the use of this material that typically ends up in landfill," he explained.

Pallet wrap (the plastic film used to wrap outbound shipments of beer) is another non-biodegradable plastic. Untold was recently awarded a grant by the Massachusetts Department of Environmental Protection to pilot test using reusable pallet wraps.

"Working with our distributor partner, we no longer shrink wrap outbound shipments of beer, saving thousands of feet of plastic from going into landfills each year," Dyer said.

Label backing (the miles of plastic film that holds beer labels together) is typically thrown in the trash. Working with a specialty recycler, the brewery collects the backing and returns it in bulk, saving thousands of pounds of plastic film from the landfill each month.

Comprehensive recycling also happens in the taproom. "From cans to cardboard, we collect recyclable materials in our taproom and production space daily, cutting down on items headed to the landfill by more than four yards per week," according to Dyer. 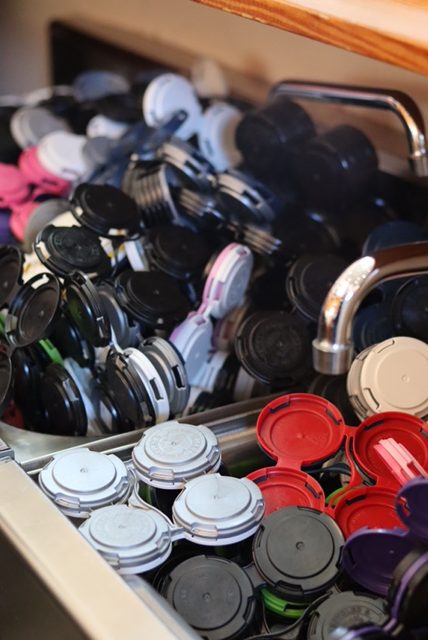 Hops to Compost
At the end of the brewing process, Untold is left with tanks of beer and hop sediment (similar to green sludge). While many breweries wash this vegetal material down the drain, Untold instead collects the sediment and arranges for it to be picked up by a local compost company since it is rich in nutrients.

Water Use Reduction
The key ingredient in beer is water, "and through mindful process we've reduced our water usage down to four gallons for every one gallon of beer we make, which is less than one-half of the industry average," Dyer said. "We have kept stats on water use since our first day of operation and continue to seek ways to further reduce overall usage."

Untold Brewing is passionate about giving back to local organizations that help the community, including ones that support environmental stewardship, health and social causes, and the arts. "We focus our annual campaigns on non-profit organizations that directly assist our South Shore communities and offer meaningful impact," Dyer said.

For further information about the brewery and upcoming events, visit Untold Brewing Welcome