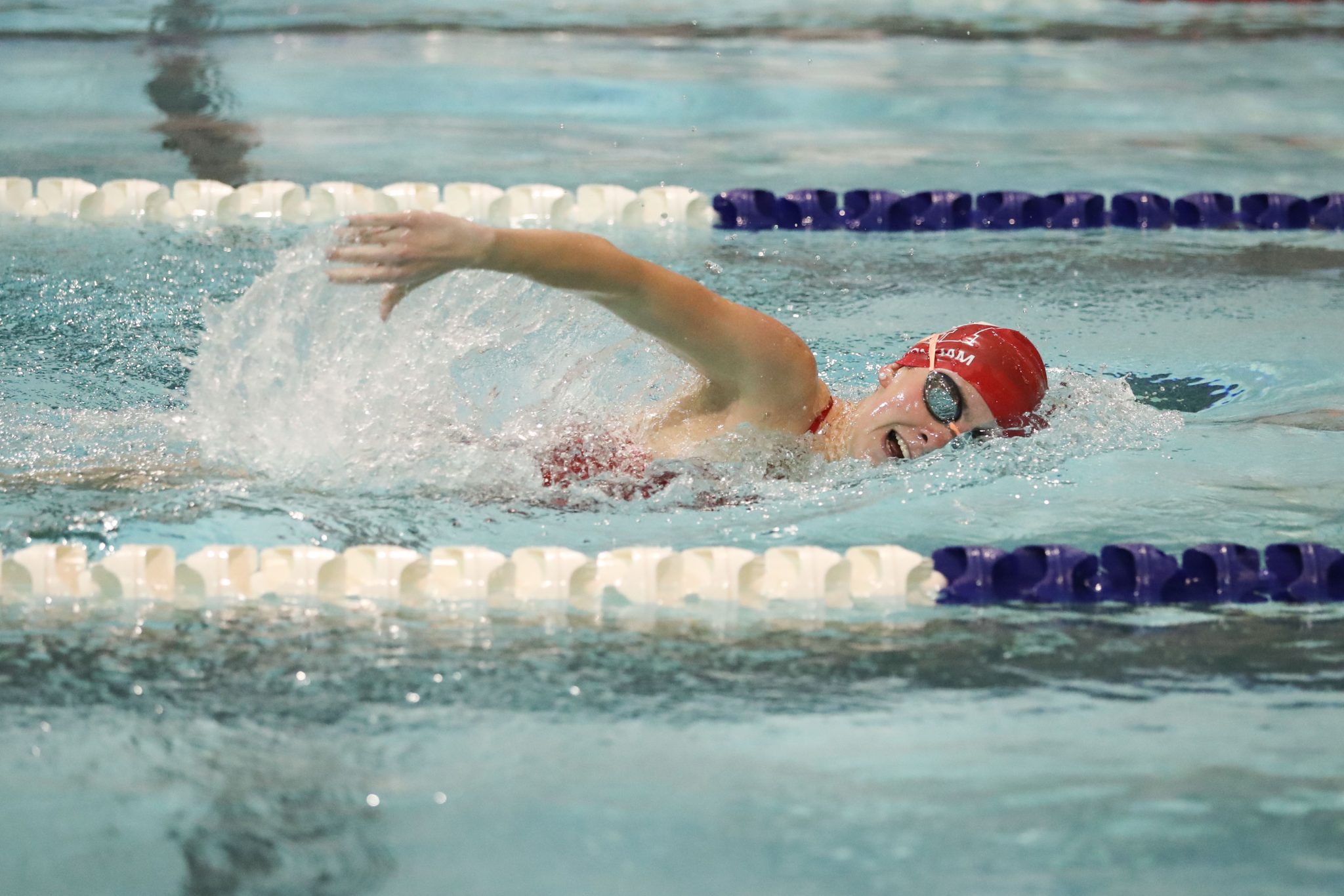 Senior captain Ava Burnham has led the girls to a 3-0 start to the season.

While most winter teams are well into their seasons by now, Hingham’s Swim & Dive teams are just kicking off theirs.  Both the girls and boys teams began competition a little over a week ago against Pembroke.  For the first time in two years, the swimmers and divers will be competing with people who are in the same pool.  Last year, all meets were virtual due to COVID restrictions.

“Amazing,” coach Kaitlyn McDonough says about having duel meets again.  “Just competing with an actual team instead of virtual and not competing against ourselves, it just brings it to a whole new level.  We are making sectional and state cuts a lot quicker than last year and just the camaraderie and sportsmanship has been cool to watch.”

Last week, the teams faced off against North Quincy and Plymouth North.  The meet on Tuesday saw the girls improve to 2-0 with an 88-54 win over NQ.  The boys dropped their meet 58-82.  Impressively, the girls came in first in every race of the meet.  Highlights from the boys included first places finishes by Bednarski in the 200 IM and 100 butterfly, senior Sam Bennion in the 100 freestyle, and sophomore Maksim Zaitsev in the 500 freestyle.

For the first time in a number of years, Hingham has divers.  The diving requirements include 6 dives of different difficulty and categories and scores are added to the overall team score.  Not having a diver has hurt the teams in years past.  Currently, only freshman Lily Ross is actively competing while a few other divers are learning the dives.

The Harbormen and women finished their week against Plymouth North.  The boys were a little short staffed but had some success races including wins by Bednarski in the 50 free and 100 fly and Bennion in the 100 free.  The 200 free relay also came in first.  The boys fell short though, 73-53.  The girls started strong with a first place finish in the 200 medley relay with senior captain Ava Burnham, sophomore Lina Matera, junior Clara Bodnar, and Cataldo.  Sophomore Kesley Donegan took first in the 50 free, Bodner took top spot in the 100 fly, while sophomore Kaitlin Dessy placed first in the 100 free.  They girls ended the meet with a win in the 400 free relay to secure the 103-72 win.

"We have some good quality swimmers and we have a lot depth," McDonough reflects on the girls' third straight win. "Plymouth does too. It was a good match up for us. We have Lily (Ross), who is a huge addition because we didn't have a diver last year."

The boys team is a bit more challenging this year.  With the team numbers almost down by half, it's hard to have swimmers in each race.

"It's really hard to have a full line-up," says McDonough. "Right now we can have only two relays.  When we are down a guy, like we were the last two meets, it could throw the meet."

The swimmers are also glad to be racing against people other than their teammates for a whole season.

She contributes some of the early success and surprises to her new teammates.

"Definitely with some of our swimmers," she adds. "Epecially Kaitlin Dessy, she's absolutely killing it. We have our new diver this year. We love her and she's doing great."

The teams are back at this week with three more meets starting tonight vs Hanover and Marshfield, Thursday against Duxbury and Sunday againt Silver Lake. 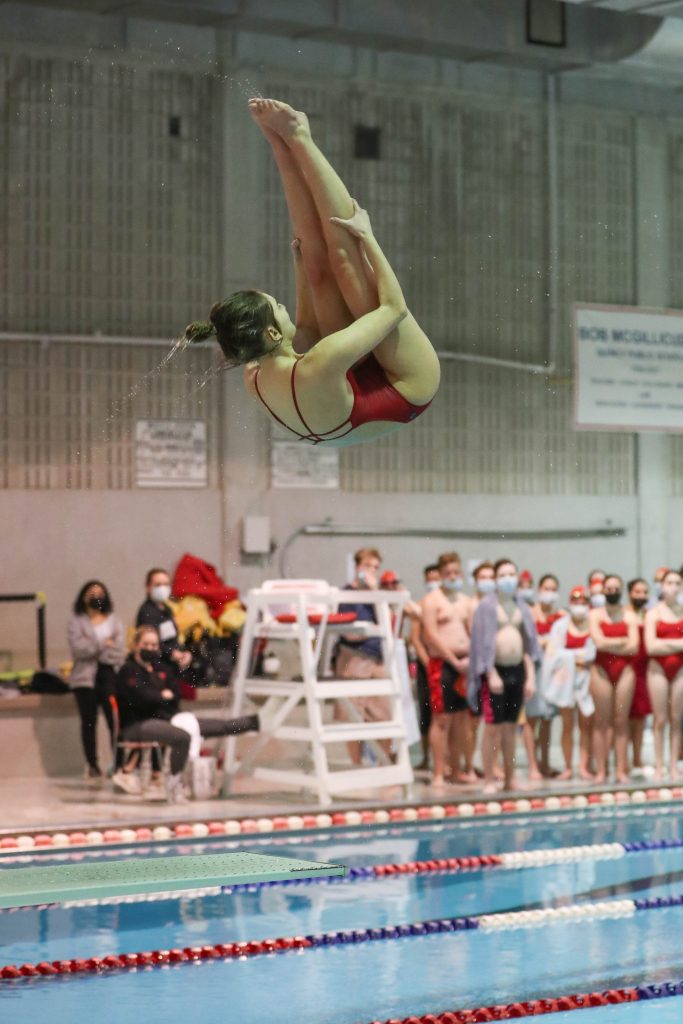 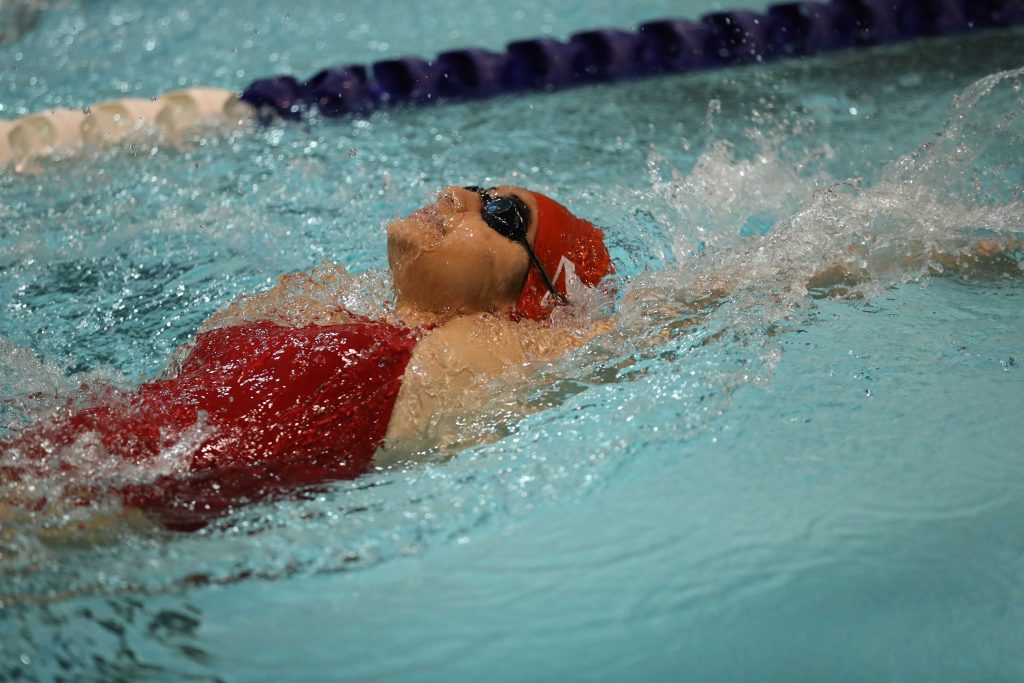 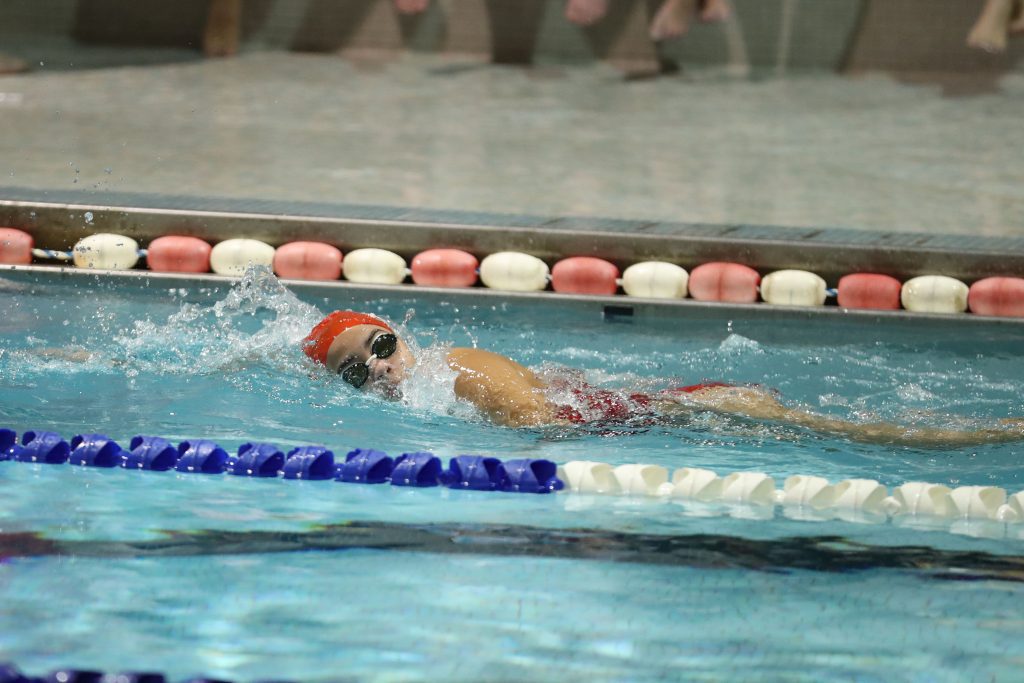 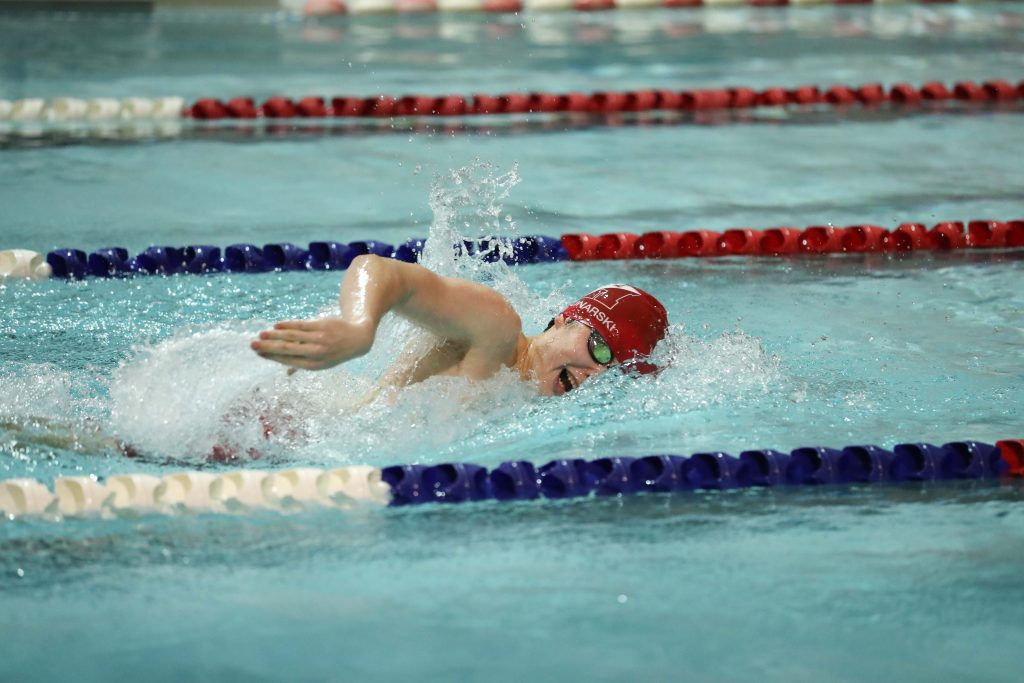 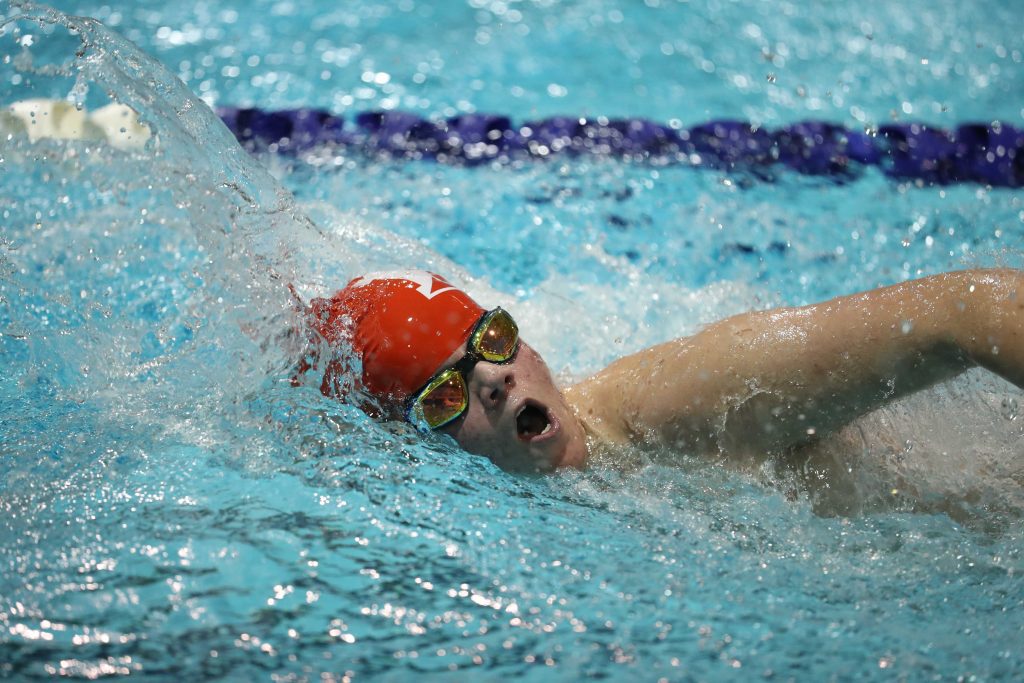 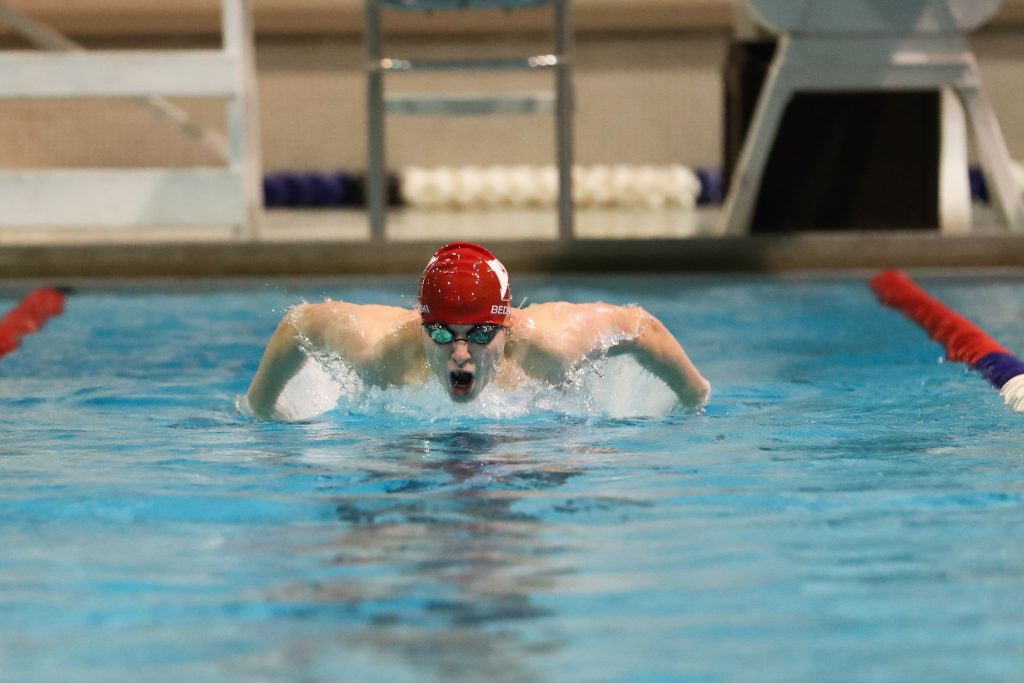 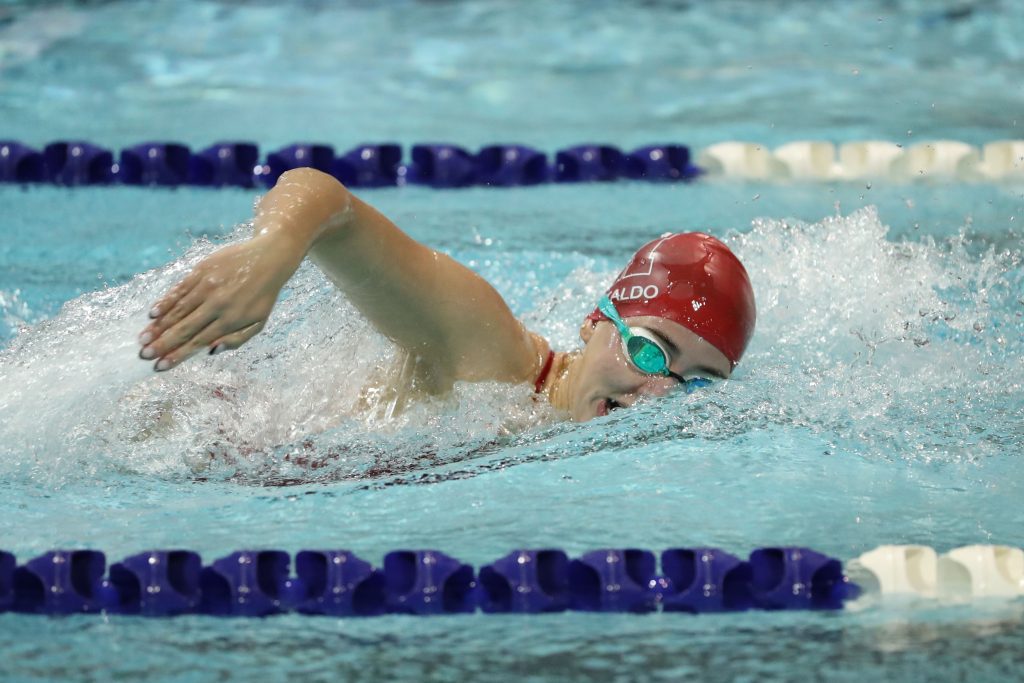 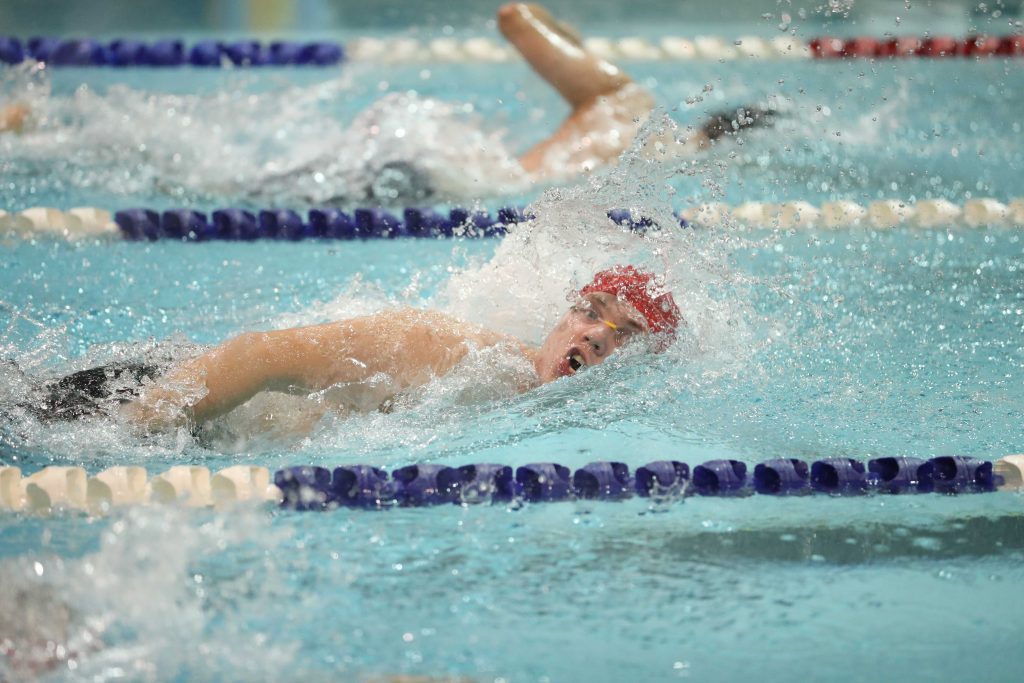 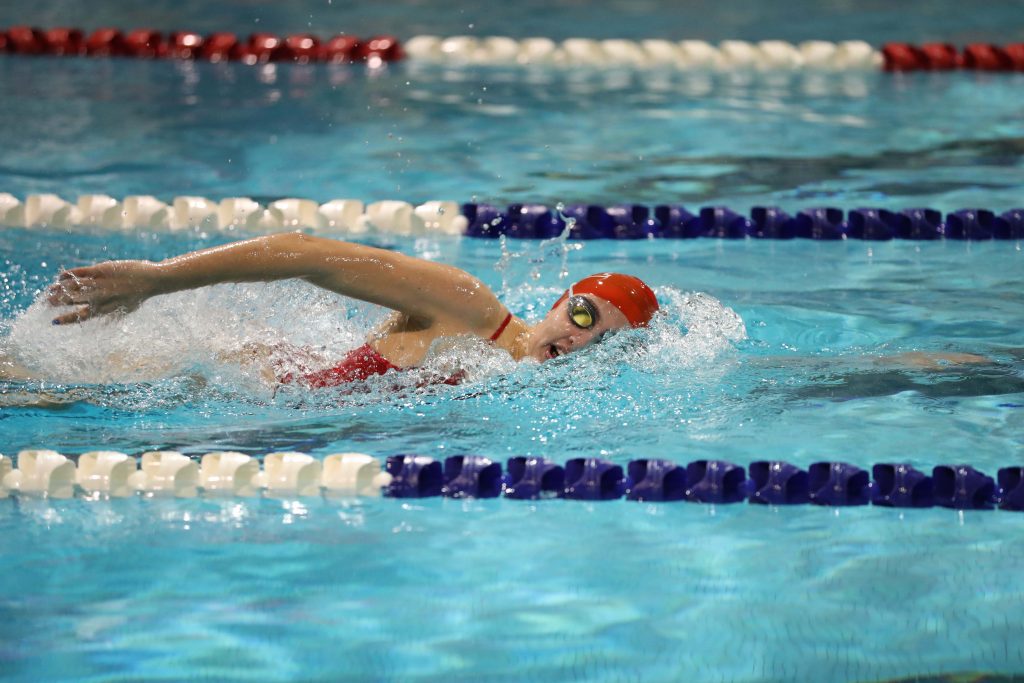 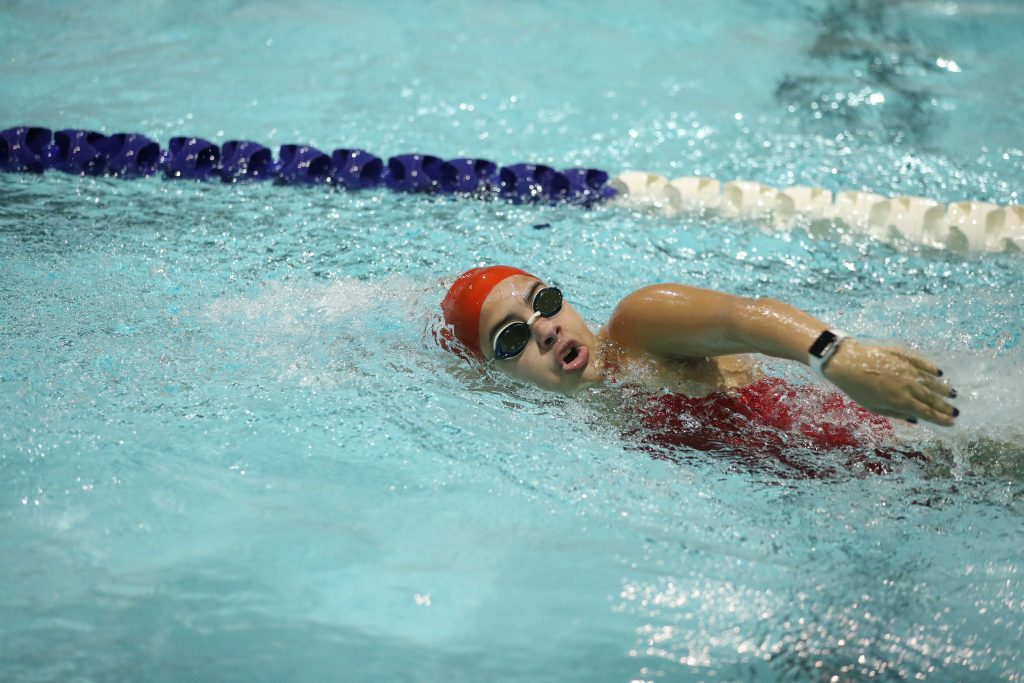 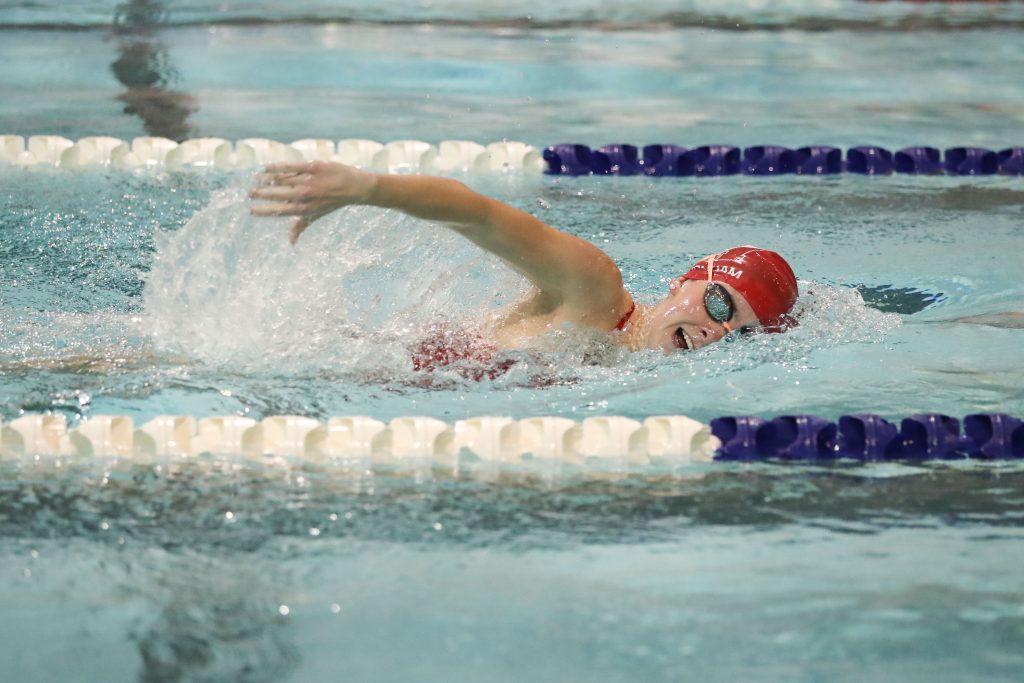