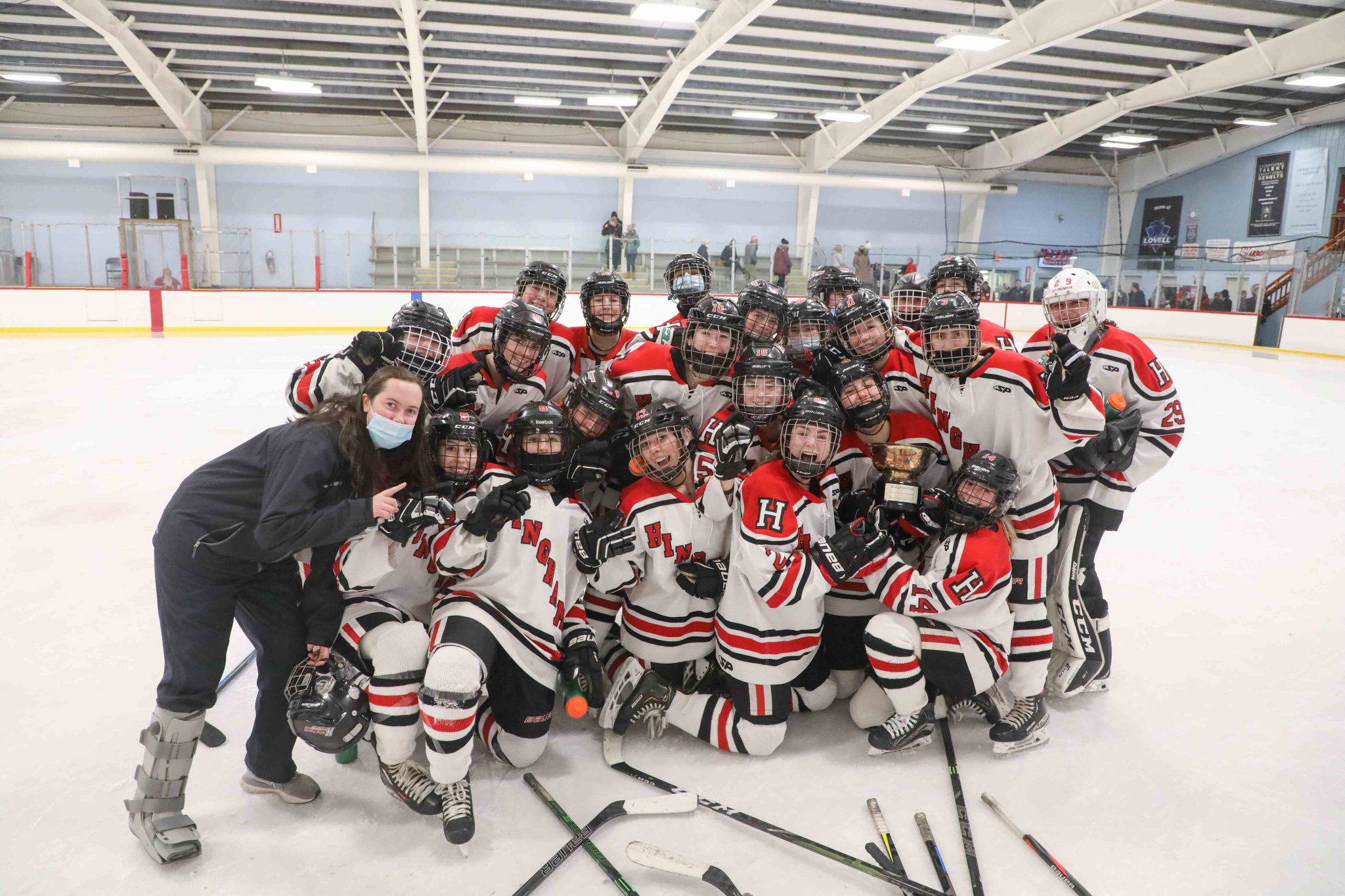 This year’s annual tradition of the Hingham Cup between the Hingham Harborwomen and Notre Dame Academy Cougars did not disappoint.  The Cougars came into the game as one of the top teams in the state and beat Hingham 4-1 almost three weeks ago in the Tenney Girls Winter Classic Tournament in Kingston.

Yesterday’s game was a battle of defense and goaltending.  NDA has one of the best goalie’s in the state in Lily Prendergast.  Hingham started freshman Brynn Scott who has been outstanding in recent weeks filling in for the injured senior Amy Maffei.  Both goalie’s kept their teams in the game throughout the first two periods.

The Harborwomen finally broke the scoreless tie halfway through the third when freshman Caroline Doherty put in a rebound from senior captain Lilly Steiner.   Notre Dame had their chances in the final eight minutes of the game, including going on a power play with a little over 2 minutes to go.  With their goalie pulled, the Cougars were six on four but were shut out by Scott in the waning minutes giving the Harborwomen their first Hingham Cup title in a long time.

“That’s the second ranked team in the state,” said coach Tom Findley of NDA after the game. “We played all phases of the game.  Played all four lines, six defensemen, and sprinkled a couple of others in.  That’s a good team.  I think they got a lot of confidence today and I think that’s what high school sports is all about.”

In a game where defense was the start, Findley had high praise of his back line.

“I can’t say enough about our defensemen,” he went on to say. “How they reversed the puck, how they changed the ice.  Obviously, Brynn (Scott) played fantastic in the net.  I’m just proud of the kids.  It was a big win for us today because it meant not just a win but I think it also meant a signature win that we can compete with teams, any team out there.  And this team needed that.”

Senior captain Ryan Maguire is Hingham Cup champion for the first time in her career playing in the these games, which makes it that much sweeter to get the win.

“It means a lot,” Maguire tells the Anchor after the win. “We’ve had this rival with them just being the Hingham teams and feels good to be the underdog the last three years, especially senior season, to get it back for us.”

The win is a result of some changes the team has been going through the past couple of weeks, both on and off the ice.  There is a new goalie’s coach, which has paid big dividends already.  The girls have also adopted a new “Play For Her” philosophy focusing on having fun and supporting each other.

“We have our best games when we have a positive environment in our locker room,” Maguire goes on to say.  “It’s really important to have pregame routines.  We’ve been getting dressed earlier to have more time for just us in there.  I think that’s really important.  Coordinating on the ice before waiting for the first period so we are ready to play when we get out there.  This game showed us our potential and where we could go in the future.  I think a big part of it is getting our whole team out there, we were running four lines (today).  I think it’s really important to make sure everyone hits the ice and to the players who usually play to keep working hard to get your teammates on the ice.  We play our best games when everyone is playing.”

The Harborwomen look to build off this big win this week as they take on Plymouth South and Whitman-Hanson. 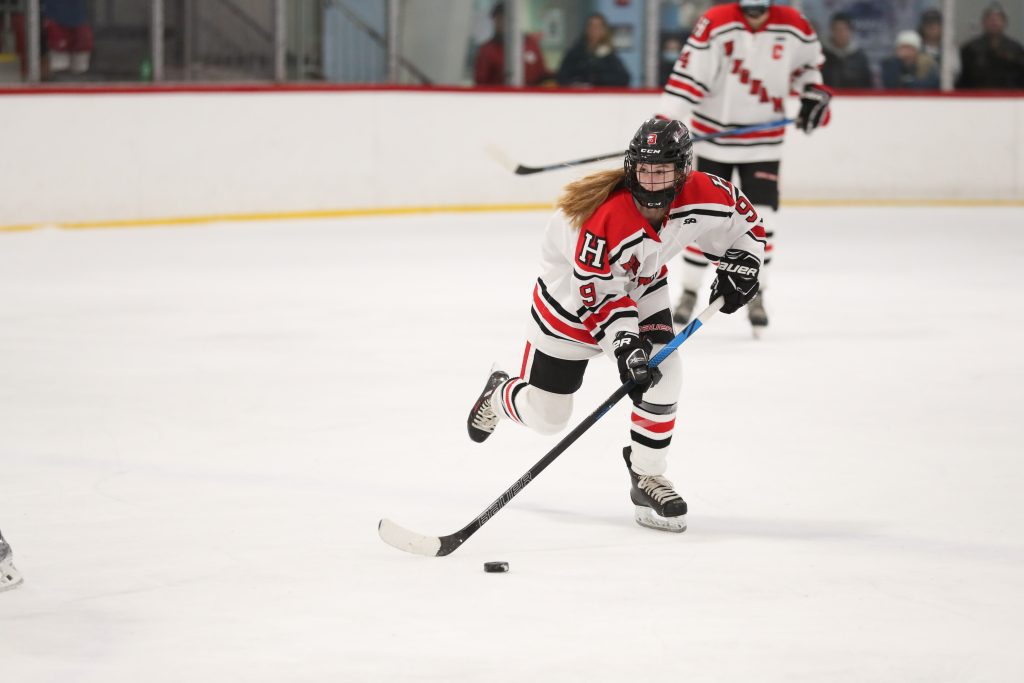 Sophomore Isabel McCabe moves the puck out of her zone in the first. 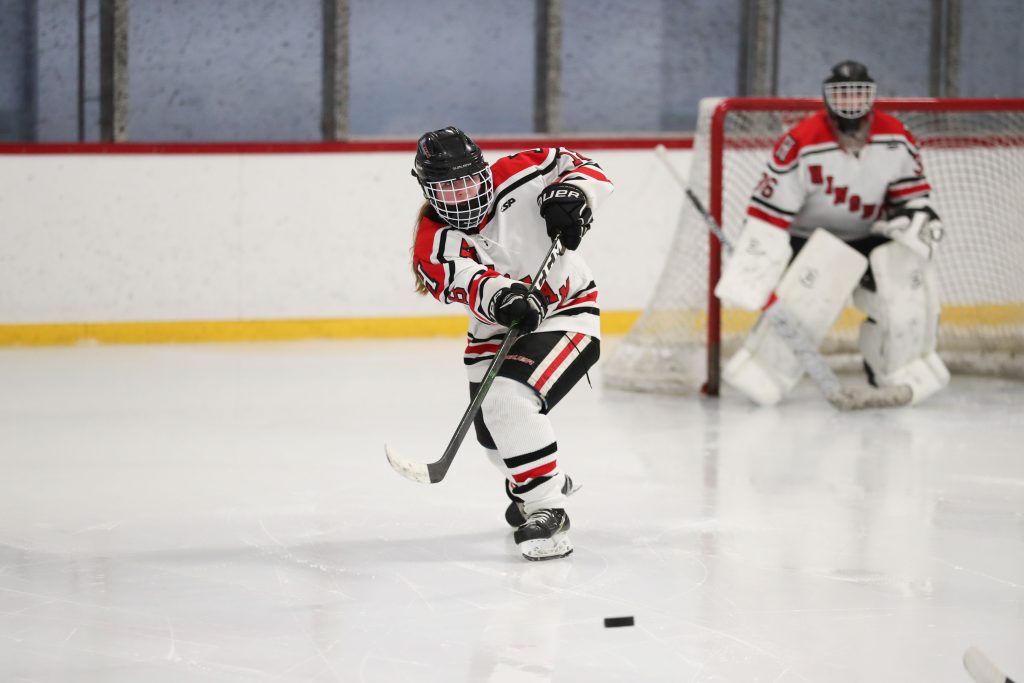 Junior Piper Jordan fires the puck out of her zone. 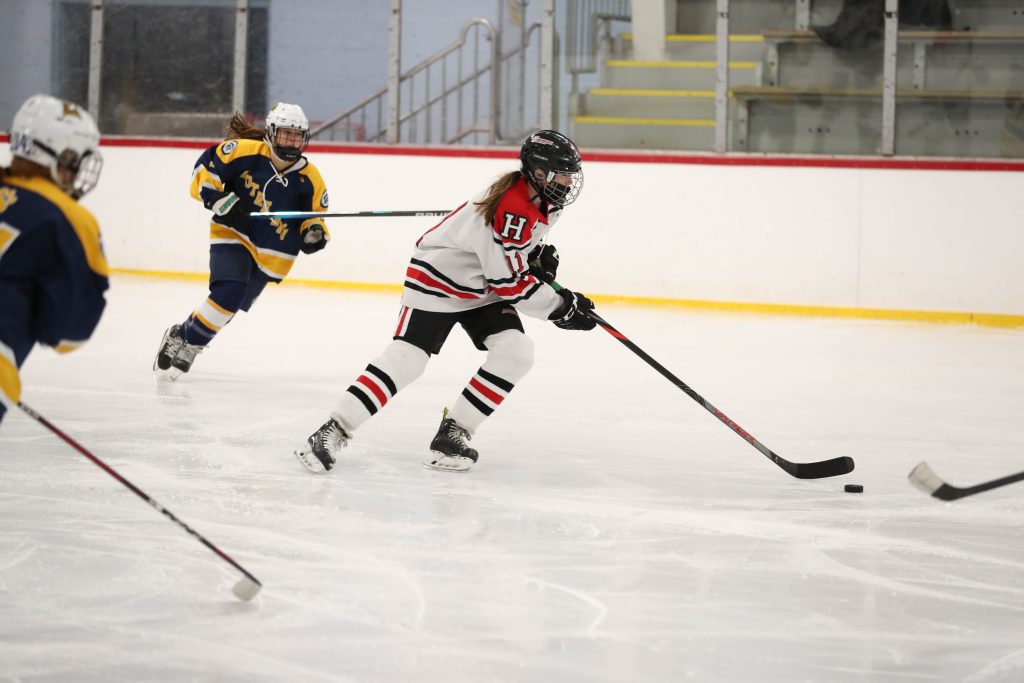 8th grader Julia Baldwin skates through a couple of NDA players to clear the puck out of her end. 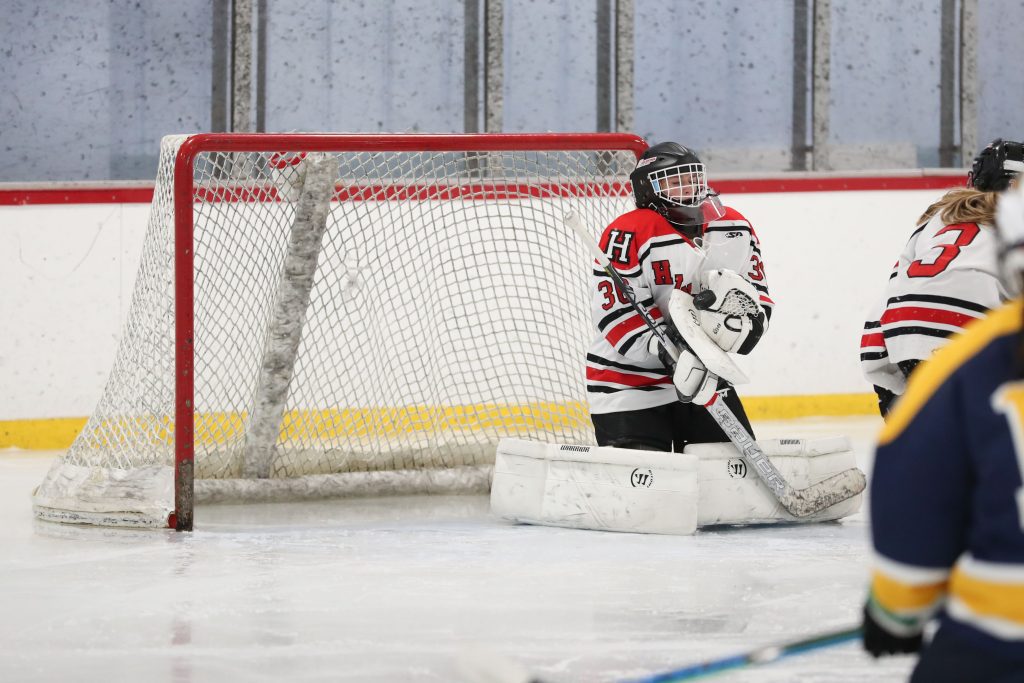 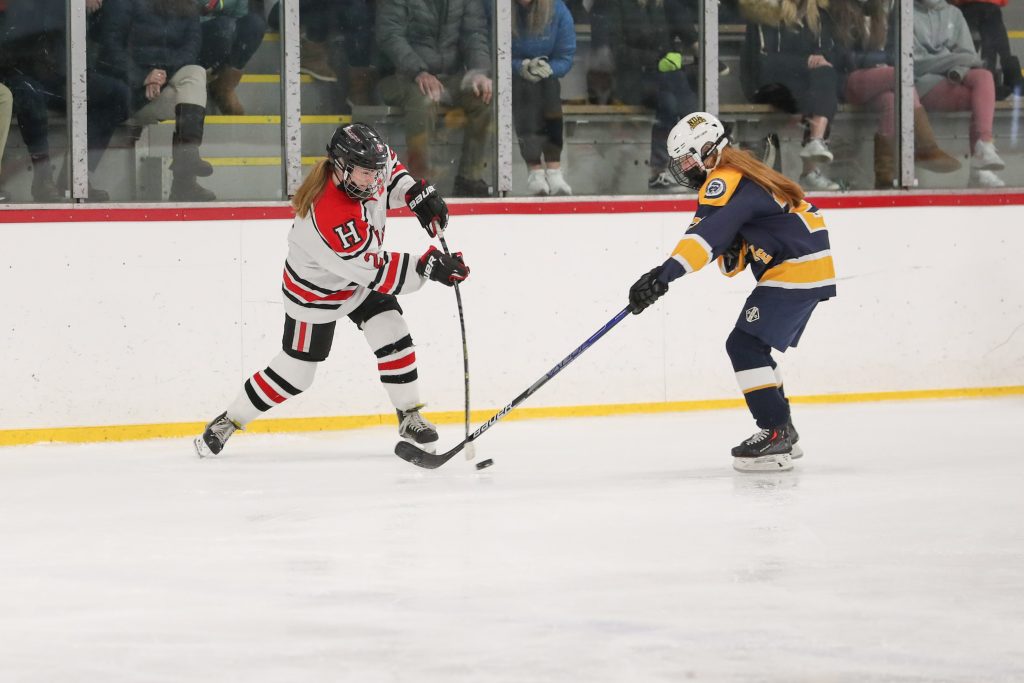 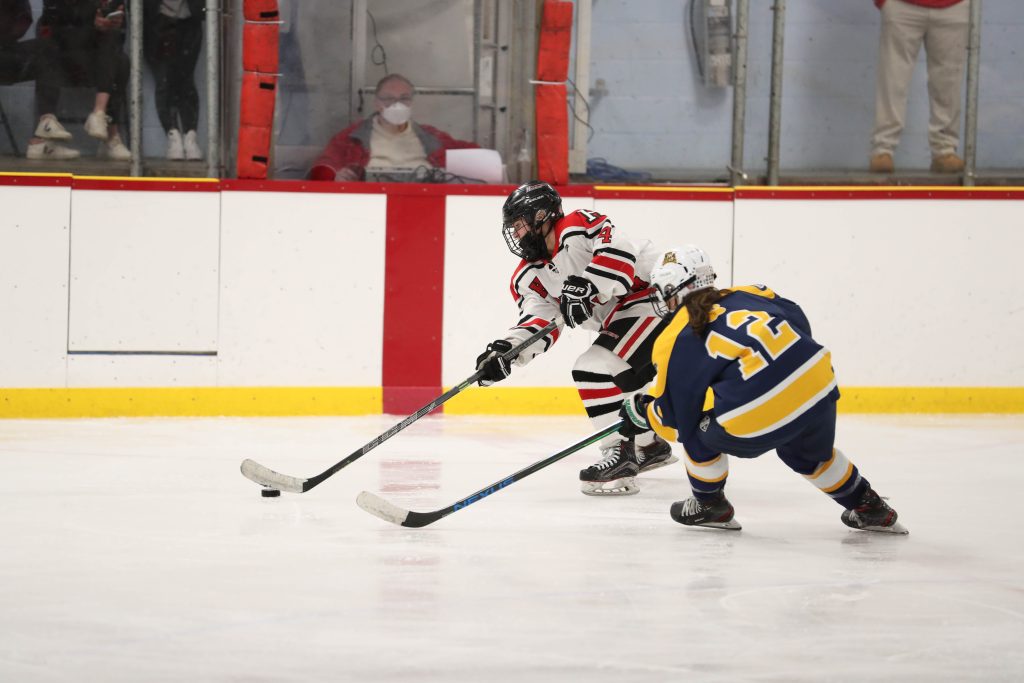 Junior Erin Packard rushes through the neutral zone past an NDA defender. 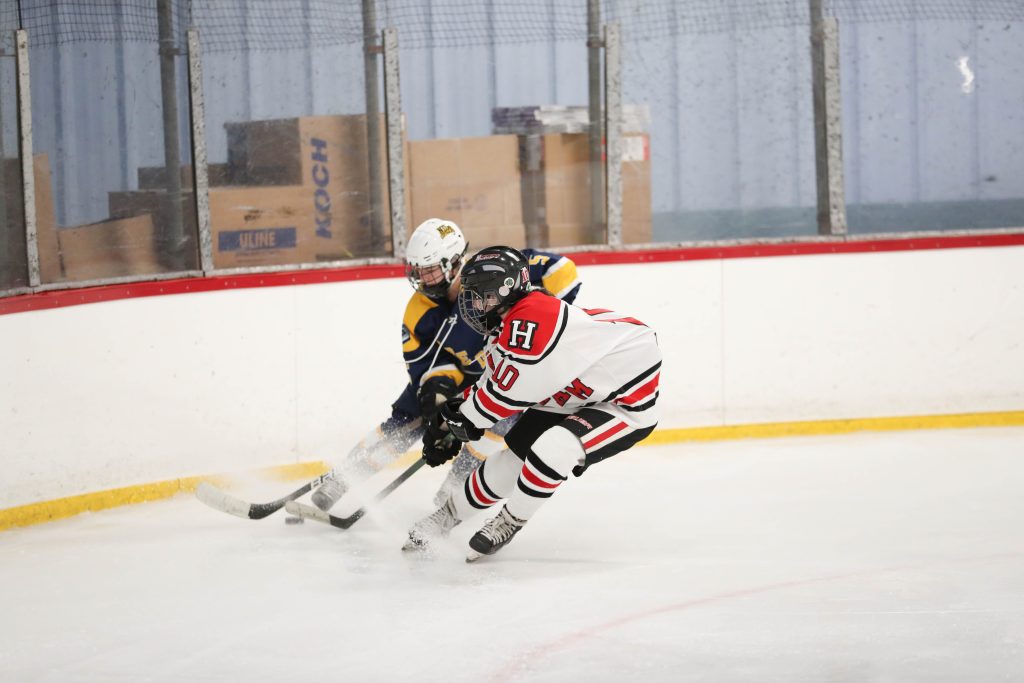 Senior Lilly Thrun races for a loose puck in the corner. 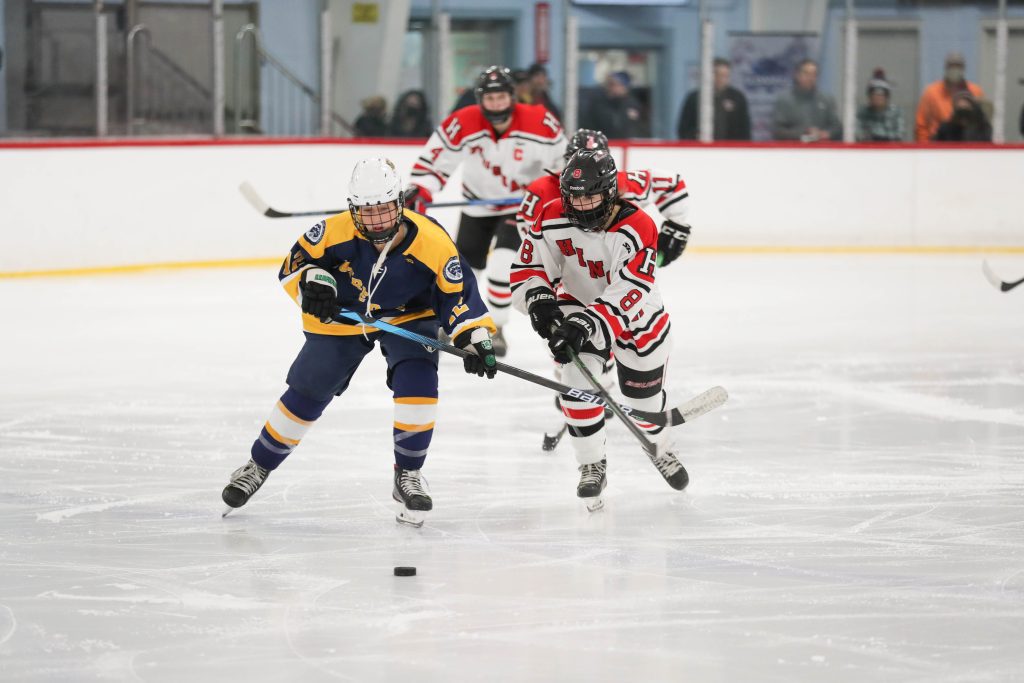 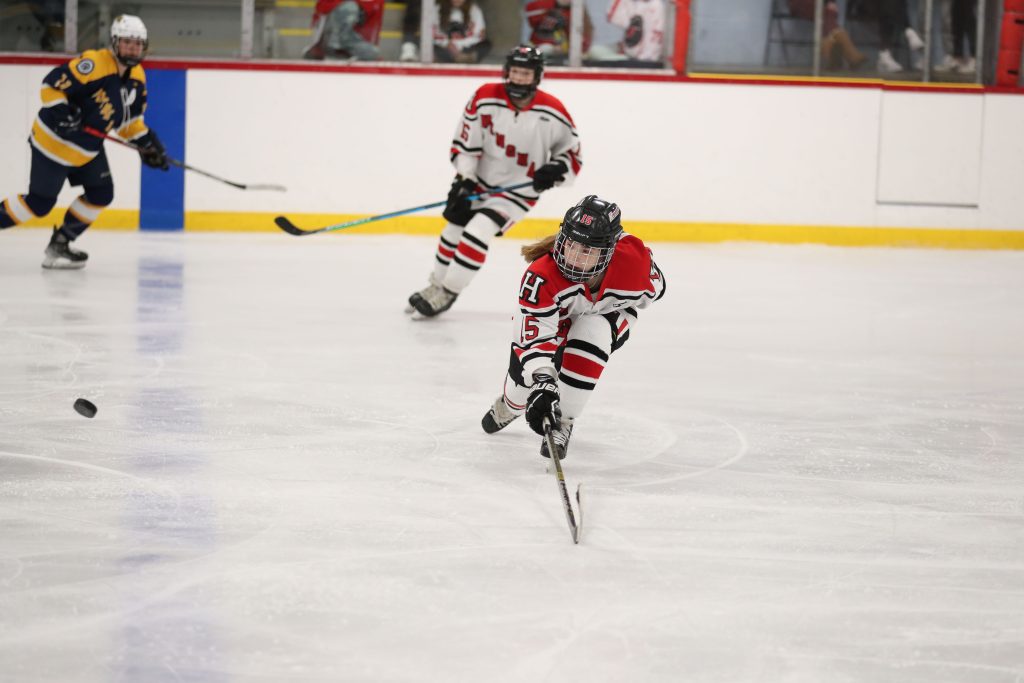 Junior Lydia Borden stretches to intercept a puck just outside the blue line. 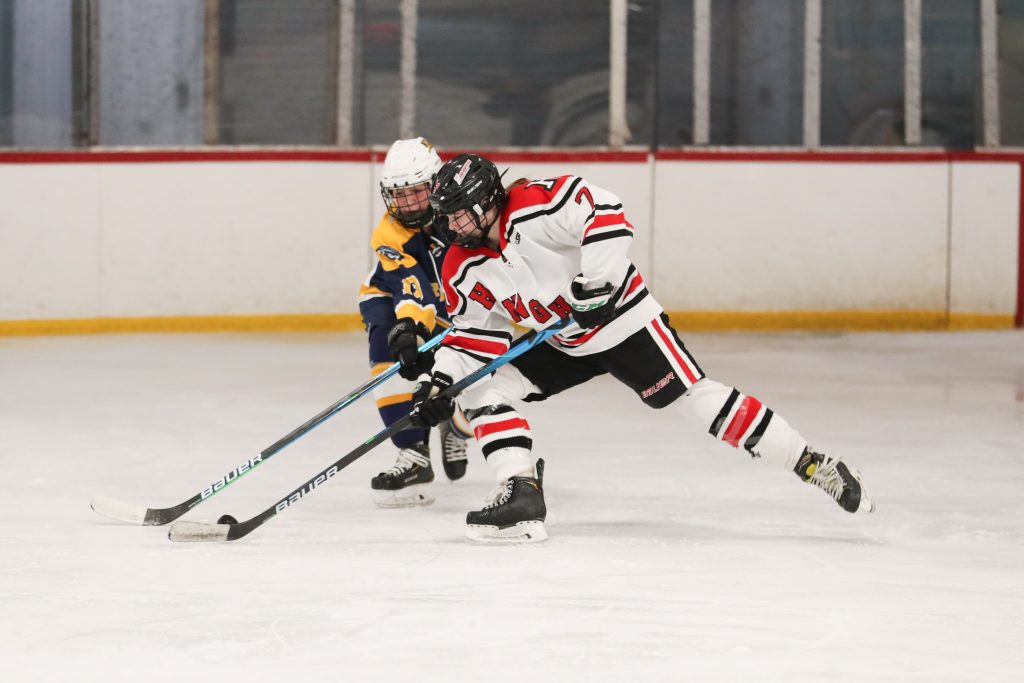 Freshman Caroline Doherty gets off a backhanded shot late in the game. 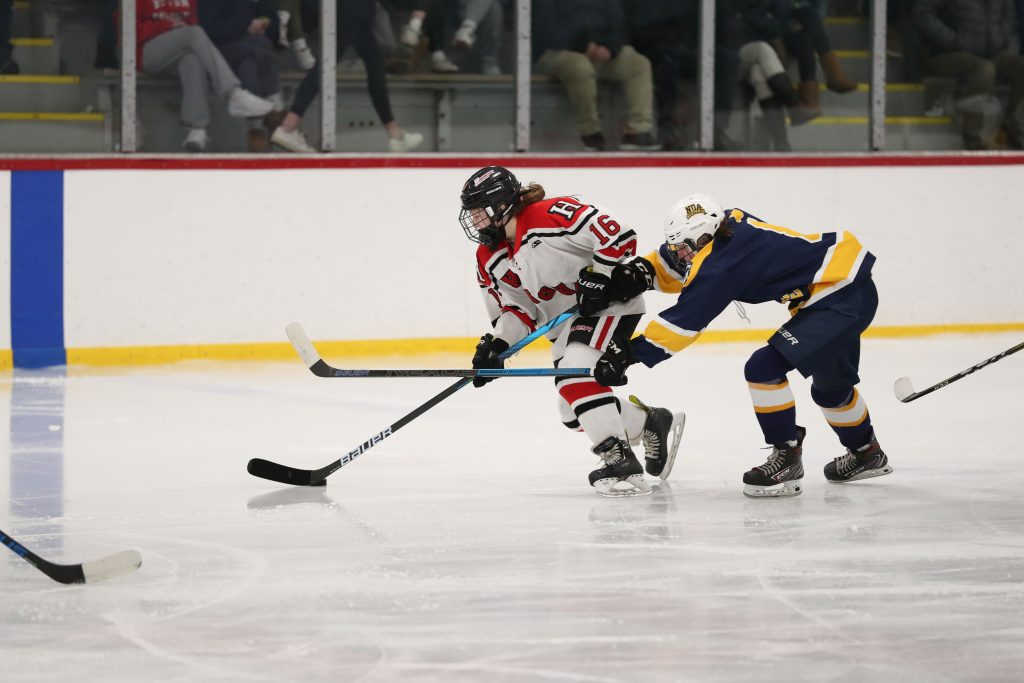 Freshman Pippa Jiranek fights through a back check to move the puck through the neutral zone. 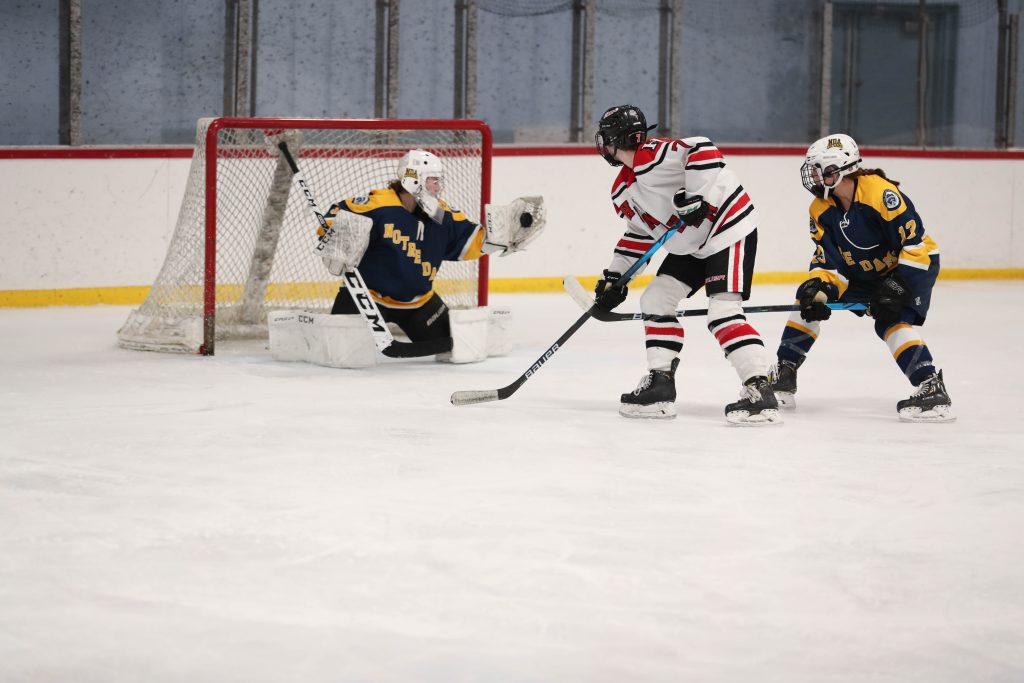 Cougar's goalie Lily Prendergast made some pretty big saves late in the game keeping her team in the game. 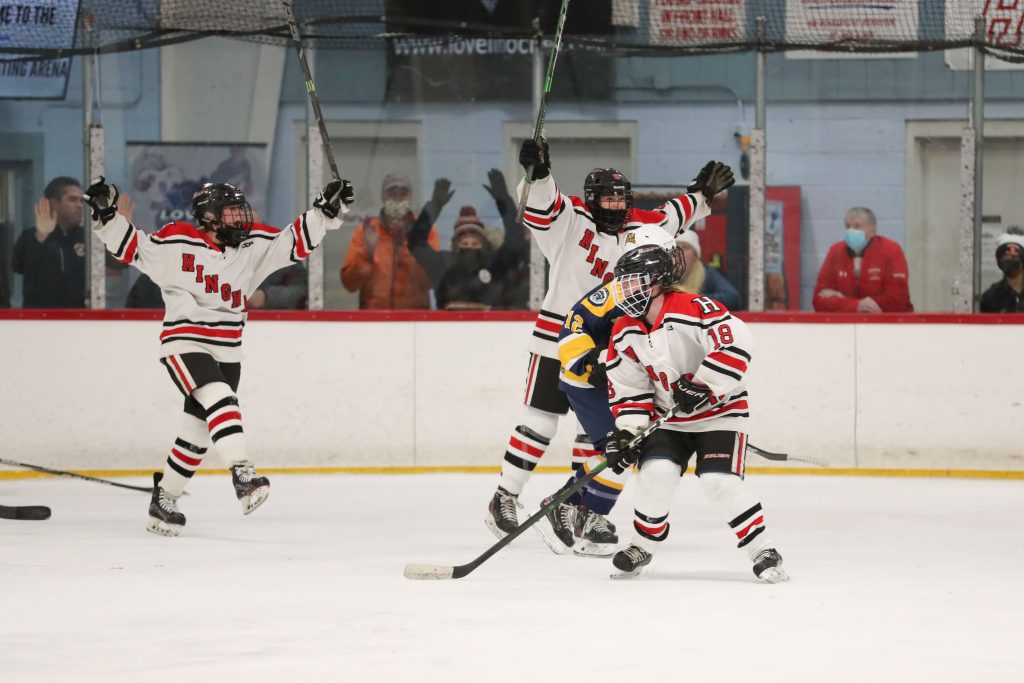