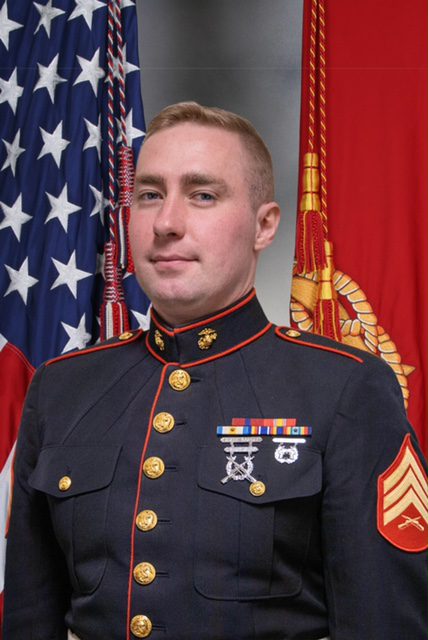 Born in Springfield, MA, Matthew moved to Hingham in 2000, attending South Elementary, the Middle School and graduating from Hingham High School in 2015. Matthew enjoyed playing baseball and later being a Little League umpire. In high school Matthew was a member of the wrestling team.

Matthew enlisted in the Marine Corps and went to recruit training at Marine Corps Recruit Depot at Parris Island, South Carolina on August 1, 2016. In 2017 he deployed to Kuwait in support of Operation Inherent Resolve. The majority of his career was with the 2nd Marine Division, 1st Battalion, 6th Marines onboard Camp Lejeune as an Infantryman.

Matthew is survived by his parents, Gregory and Maureen Partyka, sisters Kathleen Watts and Caroline Partyka, brother-in-law Christopher Watts, and nephews John and Patrick Watts. He also leaves Grandmother Helen McGuire and many loving aunts, uncles, cousins, and friends including his Marine Corps brothers and sisters around the country.