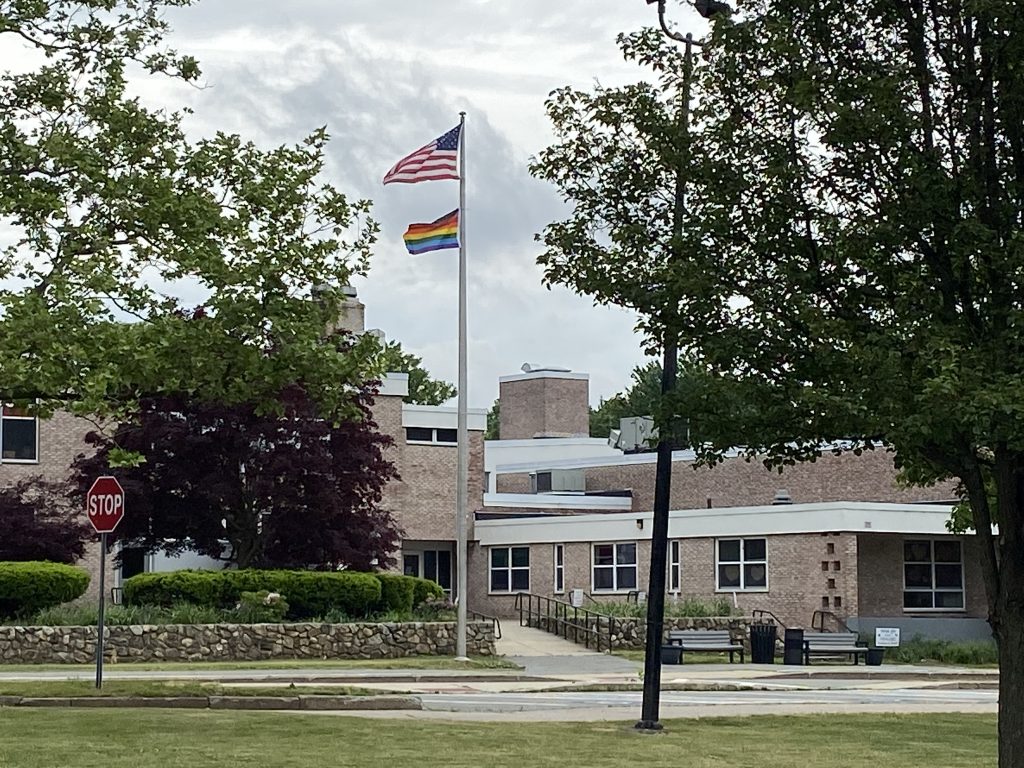 The school committee met twice this week to discuss and vote on flying the Philadelphia Pride Flag at all six Hingham Public Schools (HPS) during Pride Month.

On Monday Night, Michelle Ayer, chairman of the school committee, brought forth the idea sharing, “Given recent events, I’ve been trying to think of additional ways we can show our support to our diverse student community.  I believe flying the Pride Flag at Hingham Public Schools would be a great visible way to let students, staff, and the broader community know that they are protected and that we have their backs. To externally show that all Hingham Public Schools are accepting, welcoming, supportive, and inclusive communities.”

The concern that came up in Monday’s meeting was that if the school committee moves forward with flying the Pride Flag, will they open themselves up to potentially be approached to support a myriad of other requests to fly flags representing other issues and causes.  The committee agreed that it was important to move forward and that policy could be drafted surrounding the activity of flying flags at Hingham Public Schools, and how those decisions are made.

Liza O’Reilly shared that she was in full in support of this action, adding “especially this year, as school is not in session and this is one way for students to see they are supported when they cannot physically be in the school buildings where Pride Flags are typically widely visible to students.”

Supt. of Schools Dr. Paul Austin Thanked Ayer and the school committee for advocating for student diversity and agreed that he wants to do everything possible to continue to do that. However, Austin and Selectman Karen Johnson cautioned the committee to ensure that HPS was on solid legal ground and advocated for A policy to be drafted to address the basis for flying flags at HPS.

Yesterday, the school committee reconvened and unanimously voted to raise the Philadelphia Pride Flag at all Hingham Public Schools beginning on Friday, June 5 through Tuesday, June 30.  The committee is also drafting policy with the goal of making it an annual event, and potentially an ongoing initiative.

“Flying these flags at the schools is a colossal step towards achieving a safer community for the LGBTQ+ population. Thanks to Michelle Ayer [and the school committee], the schools will show their visible support, which I’m sure will instill a feeling of security in the LGBT kids in Hingham Public Schools,” said Liam Kelliher, HHS Class of 2020.

Ayer adjourned the meeting, proudly showcasing the Philadelphia Pride Flags designated for each school and said with enthusiasm, “I’m so touched and so happy for the unanimous support on this item – thank you!”