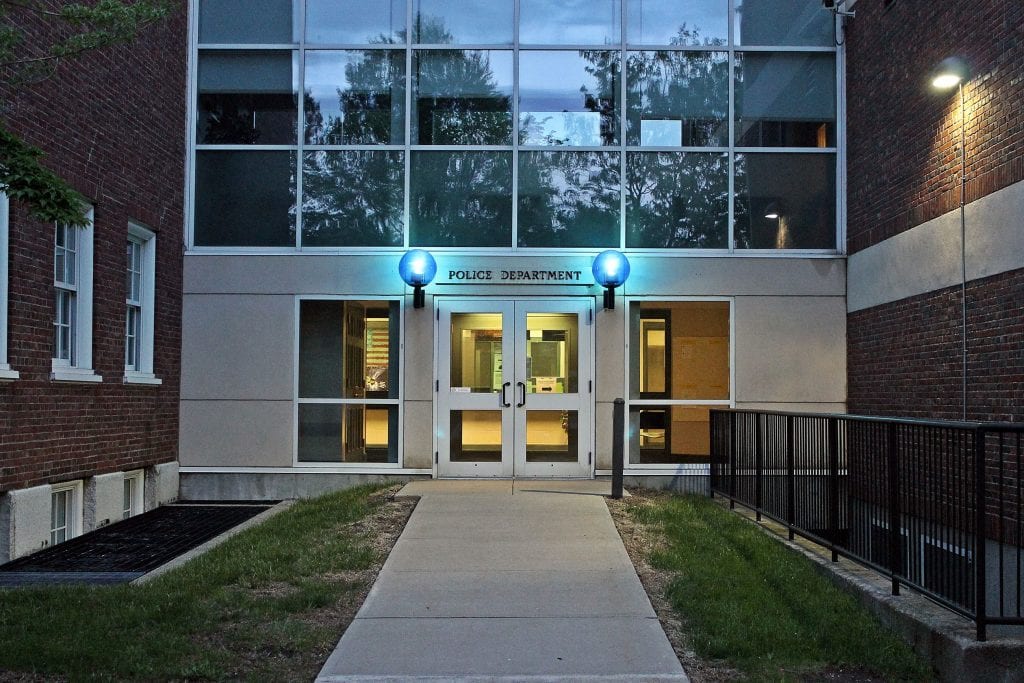 As a follow-up to Town Meeting's support for funding a feasibility study and conceptual design plans for a proposed new, much-needed public safety facility, the Selectmen voted unanimously last night to enter into a purchase and sale agreement on a roughly three-acre parcel at 335 Lincoln Street for that purpose.

"The police department has definitely outgrown its current headquarters at Town Hall since moving there in the late 1990s," said Chief Glenn Olsson.

If this proposal moves forward as the board and public safety officials hope, voters will decide whether to purchase the property -- currently occupied by Russo Marine -- for $5.475 million at a Special Town Meeting this fall.

Such a facility would include a satellite fire station and a new police station -- which would free up about 40 parking spaces at Town Hall and allow for a potential expansion and renovation of the adjacent senior center into that space.

The town's real estate counsel, Susan Murphy, explained during a teleconference Selectmen's meeting last night that the town has until Nov. 30 as a due diligence period, so no deposit is required at this time.

Within a few weeks, town officials expect to hear back about whether the prior owner of the property before Russo Marine took ownership -- who has the right of first refusal to buy it back -- decides to do so.

Town Administrator Tom Mayo explained that with the large number of new apartments and condos along the Rte. 3A corridor, this is the right place to locate the new facility. The North Street fire station would close as a result.

Selectmen Chairman Karen Johnson said the project has been "a long time coming," calling it an "exciting opportunity and a unique parcel."