User friendly so all levels can compete with each other.

Easy to play with a small court, net, paddle, and ball.

It is called pickleball, and surely you have heard of it if you have not actually played or seen it being played. It started as a summer diversion for their children created by a group of friends in Bainbridge, Washington 57 years ago. A group of Washington businessmen came home from a game of golf on a rainy July afternoon in 1965 and found a household full of bored and restless children. "Here'' said one of the inventors of the sport, Barry MacCallum, picking up a few ping-pong paddles and a worn softball, "go down to the badminton court (which was set up in their backyard), go do something, get out of here.''

And so it has come to pass, slowly, steadily, and now with increasing popularity, pickleball, which has been described in some quarters as "ping-pong on steroids.''

Whatever you label it, it is trending upward in Hingham and along the South shore.

The court count (12) in Hingham is expanding with interest.

Liza O'Reilly is in the middle of it-literally-serving as a pickleball instructor at the Hingham Recreation center. "It really seemed to pick up interest during the pandemic,'' said O'Reilly, whose passion was tennis until an injury slowed her down and has watched with a sense of amazement as the pickleball mania has spread through the town and up and down the south shore."It appeals to all groups, older people who are not in as good a shape can pick up the game easily and for younger people it offers different challenges. 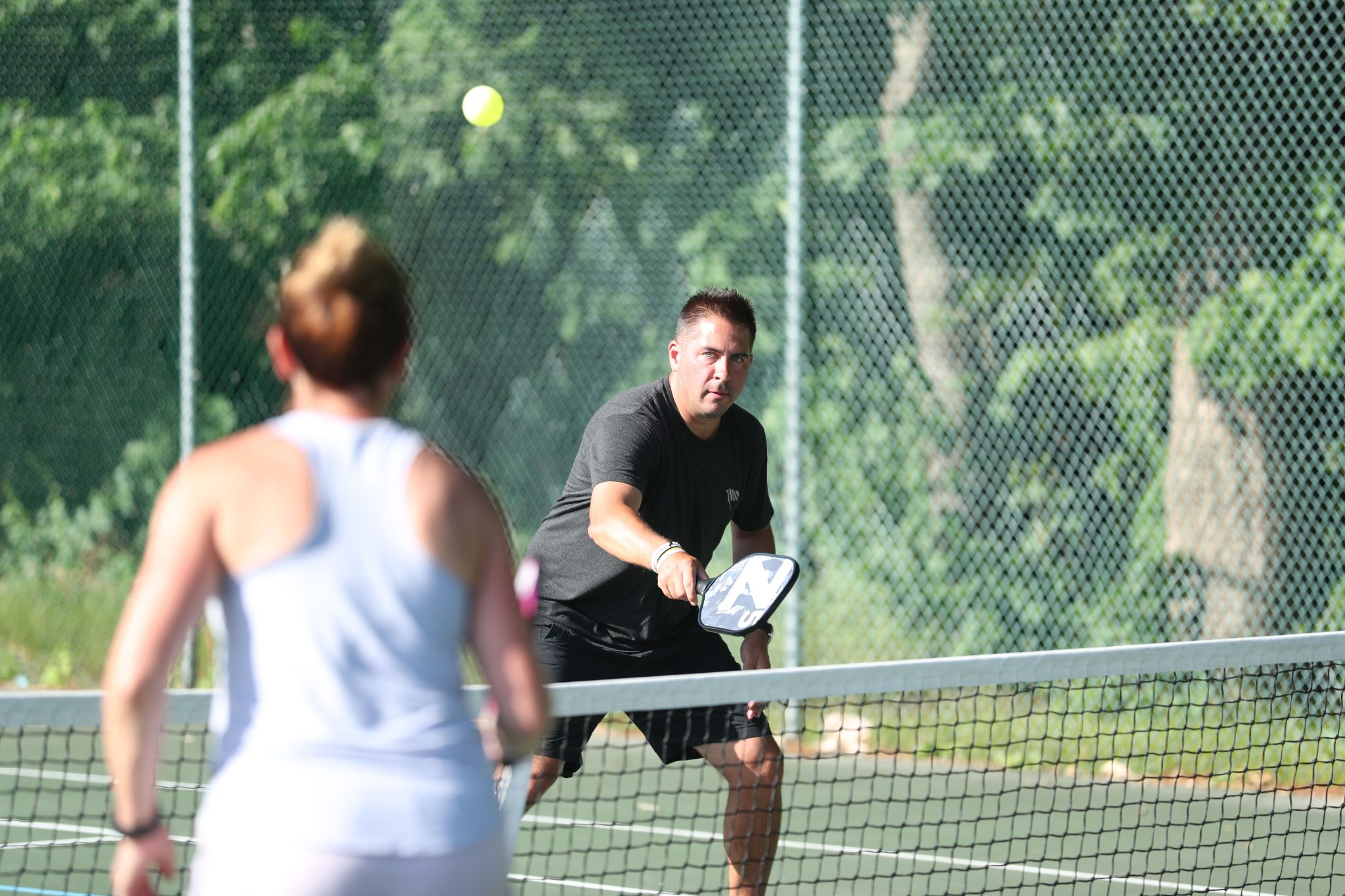 Nationally the mania has been gaining popularity steadily, with nearly 6 million players, a number which has nearly doubled in the last seven years.

According to the Sports & Fitness Industry Association report, pickleball is the fastest growing team sport in America, with a 21.3 increase in participants over the past year.

The sport's strengths are: it's a great workout, social and easy to learn.

"I love it more than golf,'' said 71-year-old Rich Rosenblatt, who picked up pickleball when he was in semi-retirement five years ago in Colorado. "What makes it great is that a 67-year-old could play competitively with an 18-year-old. It's totally addictive." Rosenblatt was talking about doubles in pickle, which is far less stressful on old and recovering bodies than single, which requires more athleticism, "I didn't know pickleball existed five years ago,'' said Rosenblatt, who moved to the Grand Junction, Colorado area, left his sports writing career and picked up the passion for pickle ball to the point he is an avid participant in senior leagues in the area. 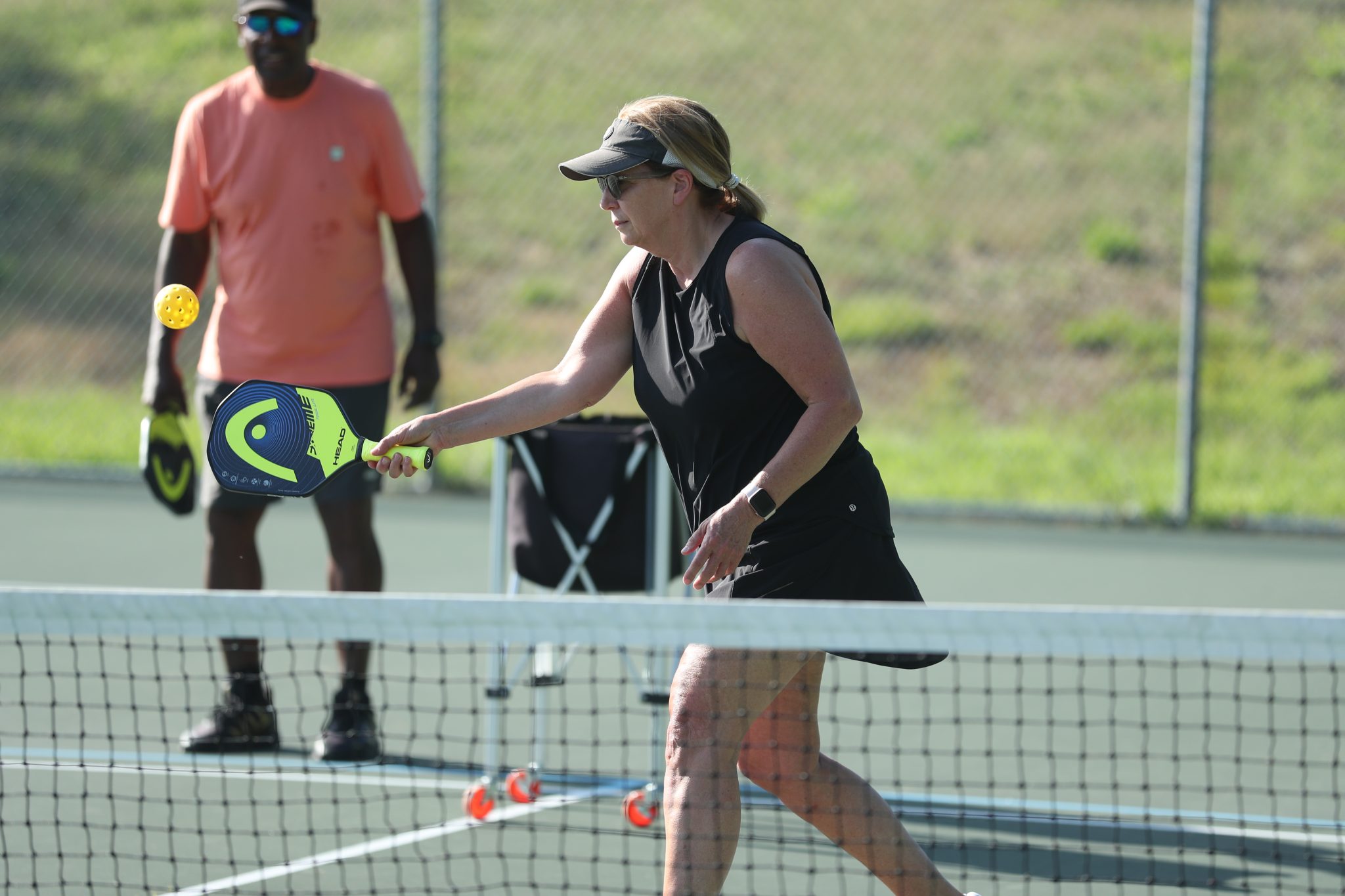 O'Reilly, who has full classes at the Rec Center, says the combination of tennis, ping pong, and badminton increases the appeal.

"It can be a family gathering,'' she said, conceding she plays the game with her daughters and instructs newcomers. "Plus, it also has strategic elements as you go along in your development.''

If there is an advocate anywhere for pickleball it is Mark Nutley, who has been the Hingham High School football coach since 2019. Nutley is south shore born and bred, growing up in Quincy and building a coaching and teaching career in the South Shore. Ask Nutley about football or lacrosse, a pair of passions as well, and he will tell you about a career as a player and coach that took him throughout Massachusetts and the South Shore. But it is passion mixed with the realities of making a living.

Ask him about pickleball, and the restrictions are lifted. "I love it'' he said. "I told my athletic director (Jim Quattraomi) that if Hingham had a team, I want to coach it. It's just a great game, and now in the summer I can't get enough of it.'' Nutley only discovered the game in January when he went with his son to work out at Planet Fitness in Hanover and heard the sounds of balls bouncing in the next building. He investigated and found Pickels, a Pickleball hot spot on the South Shore. Nutley watched and quickly converted. "The two-person game is a lot like tennis'' says Nutley, who will go to places like Pickels, put his name down and fill in for the game of the moment. "The four-person game is more like ping pong, everyone is close to the net, and there's a lot happening in a small space.''

As a football coach, Nutley says he can appreciate the strategy of pickleball, especially the two-person game. What he sees coming is what seems inevitable, a tsunami of a new sport with elements that have already created a growing cult of followers. 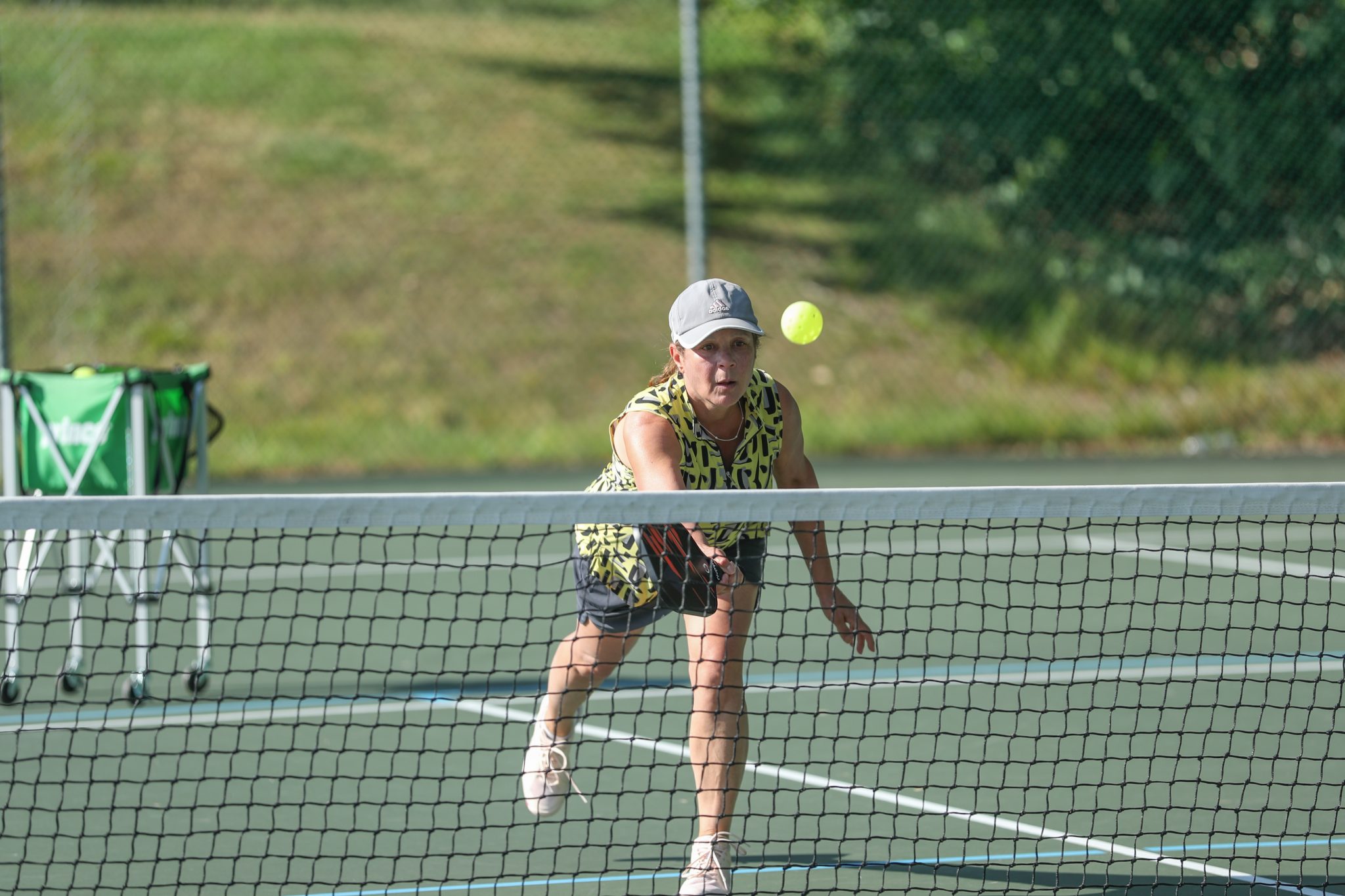 Coming to a town and athletic program near you, pickleball?

Don't bet against it.

3 thoughts on “Pickleball: Increasing in Popularity in Hingham & Across the South Shore”