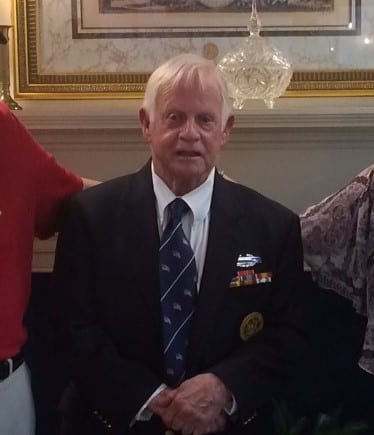 After three years of a bloody and frustrating war fought in the most punishing environment which ranged from tropical with monsoon rains to 32 degrees below zero, the Korean War ended on July 27, 1953 when China, North Korea and South Korea agreed to an armistice. Today, there still has been no "end" of that war. U.S. troops have been stationed there for 65 years and there have been several occasions of hostilities between the U. S. and North Korean military that have escalated to dangerous levels. An event known as the "Pueblo Incident" bears this out when, on January 23, 1968, the naval vessel USS Pueblo with 83 crew members, one of whom was killed, was attacked and captured by North Korean forces. Abuse and torture of the crew occurred during the ensuing 18 months. This drama became a major Cold War incident raising tensions between the western democracies and the Soviet Union and China. From October 1966 until October 1969 there were a series of incidents resulting in 43 American, 299 South Korean and 397 North Korean soldiers were killed.

I wonder if only families of those killed in action bear the memories of the losses of their loved ones. When and how often do we hear of and recognize the bloody engagements of that war such as “The Bridges of Toki-ri”, the “Chosin Reservoir” and “Pork Chop Hill”. Other war time significant battles such as WWII’S "The Battle of the Bulge", D-Day, Iwo Jima and Guadacanal have been remembered steadfastly for several generations, and rightfully so. The Vietnam "Conflict’s" battles at Khe Sahn and during the Tet Offensive, perhaps due to their more recent history and the Ken Burns documentary, are more readily recalled.

Who is remembering the Korean War? If you have the opportunity to visit the Korean War monument in Washington, DC, you will sense that the sculptured ghostly looking soldiers are walking away from the bitter cold, the despair, and hopelessness wishing to forget where they've been. 36,574 U.S. soldiers, some lost in action, did not walk away from the same having "Given their all." Have they only been remembered by families who have born their tragic losses?

The Korean War has, shamefully, become "The Forgotten War." We owe it to our Korean War veterans to let them know that neither their war nor their sacrifices have not been forgotten. Many of these veterans, after 65 years, are still haunted by their experiences in theirwar. We often hear or read about PTSD as it pertains to the Vietnam "conflict," the war in Iraq, the interminable war in Afghanistan, and the little known and endless hostilities in Somolia and Niger in Africa. However, our Korean War veterans battle the same demons. They don't forget. July 27th marks the day when we should not forget and should honor the service and sacrifices of our Korean War veterans and their families.

Thank you for your service brave Patriot. You’ve not been forgotten!