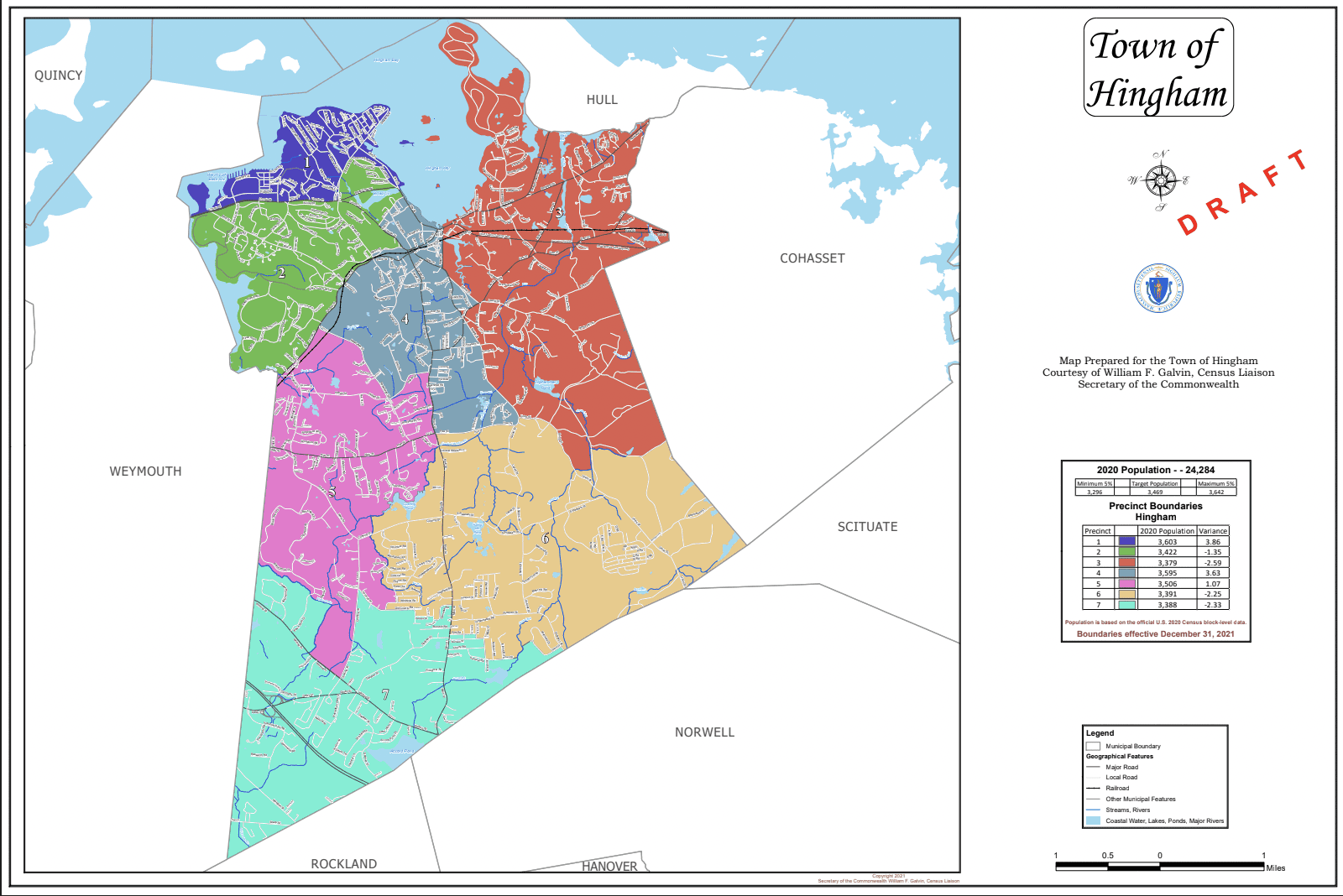 The Select Board approved a re-precincting plan this week that will be shared with residents in the coming months.

The reason for this change is that based on the 2020 United States census, Hingham gained approximately 2,900 residents over the past 10 years, Town Clerk Carol Falvey explained to the Hingham Anchor.  For that reason, a new precinct is being added.

A committee comprised of Falvey, GIS Coordinator Loni Fournier, retired Town Clerk Eileen McCracken, and Community Planning Director Emily Wentworth reviewed the proposal and were involved in several rounds of discussions to reconfigure what is currently Precinct 3, which Falvey said had a slight impact on the initial borders of Precincts 4, 5, 6 and 7.

"There were guidelines imposed on the remapping: each precinct should have a population of between 3,296 to 3,642 residents, with a target of 3,469 per precinct and not to exceed a variance of about 5 percent," Falvey explained.

During future elections, Precincts 1 through 4 will vote at Hingham High School, Precincts 5 through 7 will vote at the Middle School,  and the Linden Ponds campus will retain its sub-precinct station as part of Precinct 7.

Previously the town had the following precincts: 1 through 4, Hingham High School; Precincts 5 and 6, Hingham Middle School; and Precinct 5A, Willard Square, Linden Ponds.

"We will be notifying residents of their new precincts and voting locations in the coming months via the town website, as part of the 2022 census mailing in January, and through various social media platforms," Falvey said.